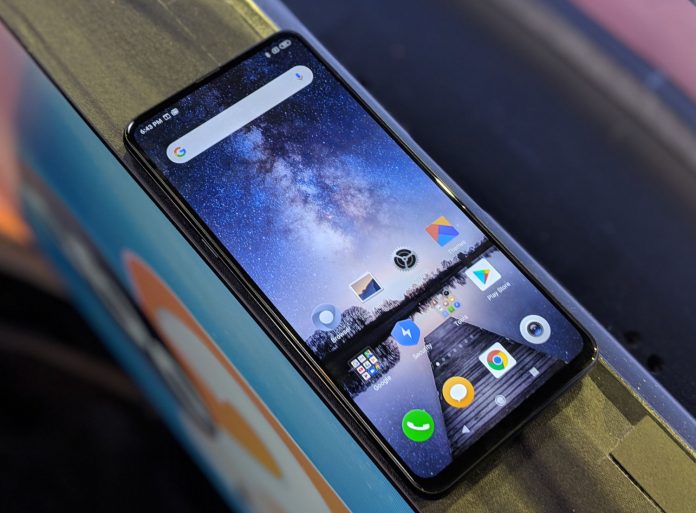 Xiaomi, the powerhouse device maker from China is back with another flagship. This time, we’re taking a look at the Xiaomi Mi Mix 3. You may remember a few years ago when the first Mi Mix device hit the market, we were all blown away by just how much of the front of the device was display. This was before stretched aspect ratios, notches, and other gimmicks to gain more screen real estate.

You might say that Xiaomi was the first device manufacture on the “all screen, no bezel” bandwagon. Since then, we’ve seen a market hungry for smaller bezels and higher screen-to-body ratios. While companies like Samsung, LG, and OnePlus are playing catch up, Xiaomi has been refining its devices around this design philosophy.

Now, we’re getting a new design; a slider. Phones with a sliding mechanism were popular long ago and long before smartphones. But with the push to reduce bezels and with an aversion to a screen cut-out, this almost seems like the next logical step.

We’ve spent the last few weeks with the Xiaomi Mi Mix 3 and these are our thoughts. 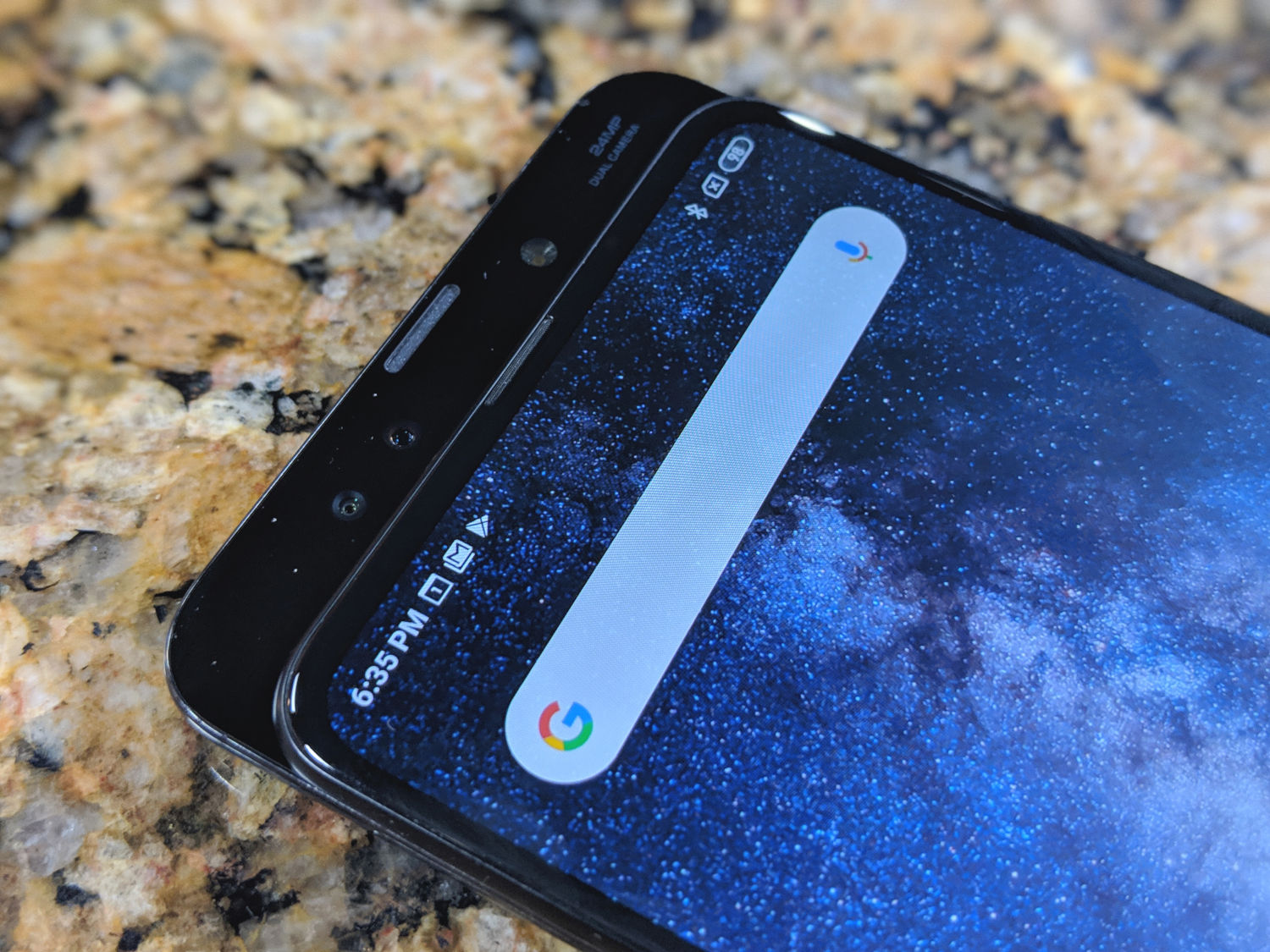 The standout feature of the Mi Mix 3 is its slider design. With just a little bit a tug downward on the screen, you open up the front-facing camera and front-facing flash.

I’m impressed at how natural the motion feels. I instinctively know what to do if I want to take a selfie or if I’m just feeling a little fidgety. I’ve never once opened up the camera by mistake, which indicates that Xiaomi got the amount of force spot on. It’s not hard to open, but it isn’t easy to open on accident, either. Xiaomi also states that the slider mechanism is rated for several hundred thousand uses so this should easily last you for three or four years, even if you’re a selfie addict. 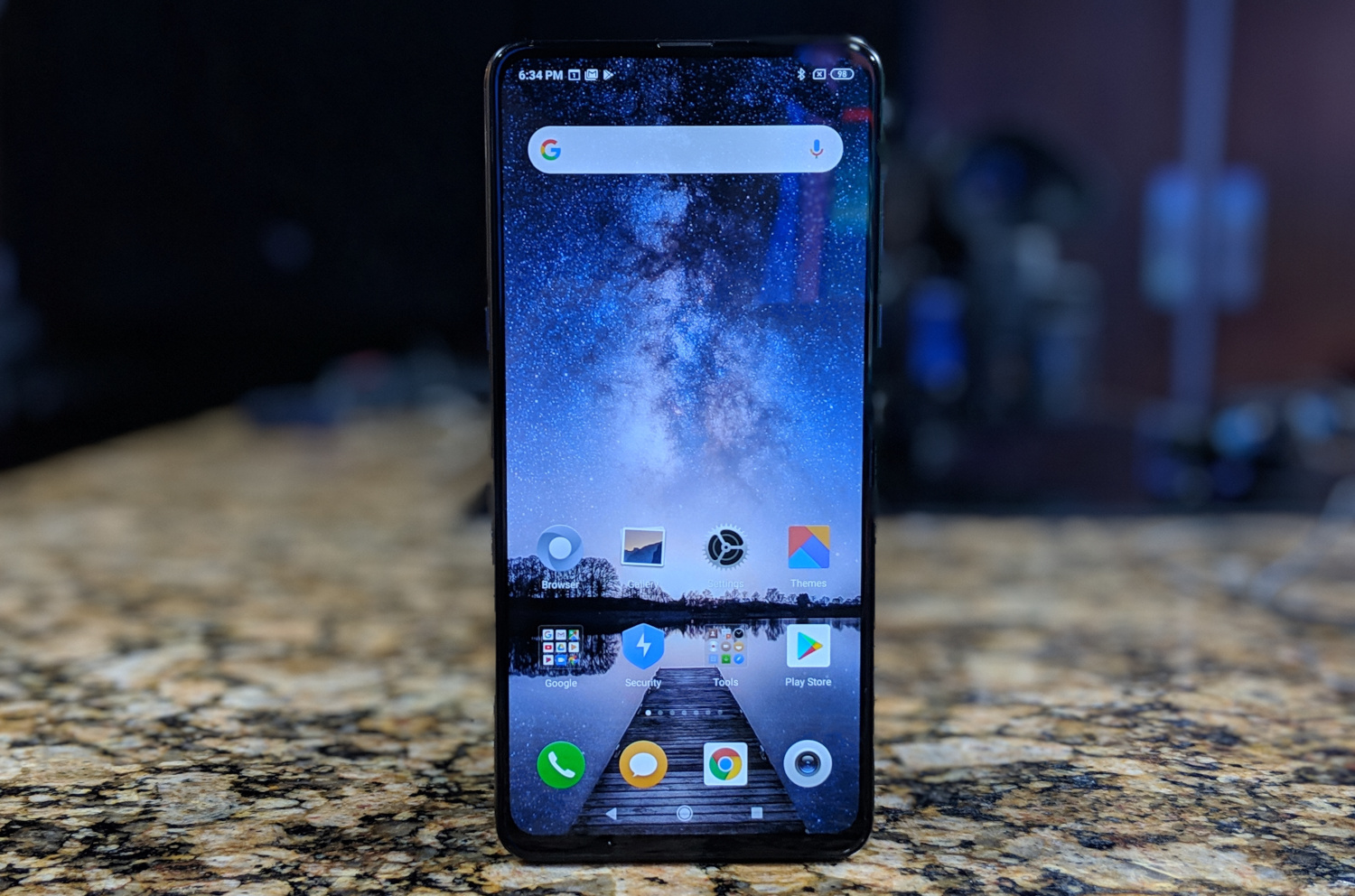 Due to hiding the camera, the face of the phone is almost entirely display. There’s a very small chin at the bottom and an even smaller sliver at the top of the device that houses the speaker. I love how this device looks with both the screen on and off. It’s really a work of art and the industrial designers over at Xiaomi should be applauded.

What I don’t enjoy is how bulk the phone feels in my hand. I don’t know if Xiaomi needed to fatten up the device due to the slider mechanics or it just wanted to fit a bigger battery in the body, but it feels bulkier than other devices I have on hand. If you’re coming from a phone from two or three years ago, you probably won’t notice this. If you have a Samsung Galaxy S9 or OnePlus 6T on hand, you will.

The right side of the device houses both the power button and volume rocker. Interestingly, there’s a quick launch button on the left side of the device. We’ve seen this with Samsung and LG and Xiaomi placed this button in basically the exact same location. But, the software implementation is different here. You can assign the button to different actions, but I have it set to open up Google Assistant because I honestly don’t really need a quick launch button.

The hardware on the Xiaomi Mi Mix 3 is great. I love how the phone feels in my hand, even if a little bulky and heavy. It feels premium and that’s what you want from a flagship phone. 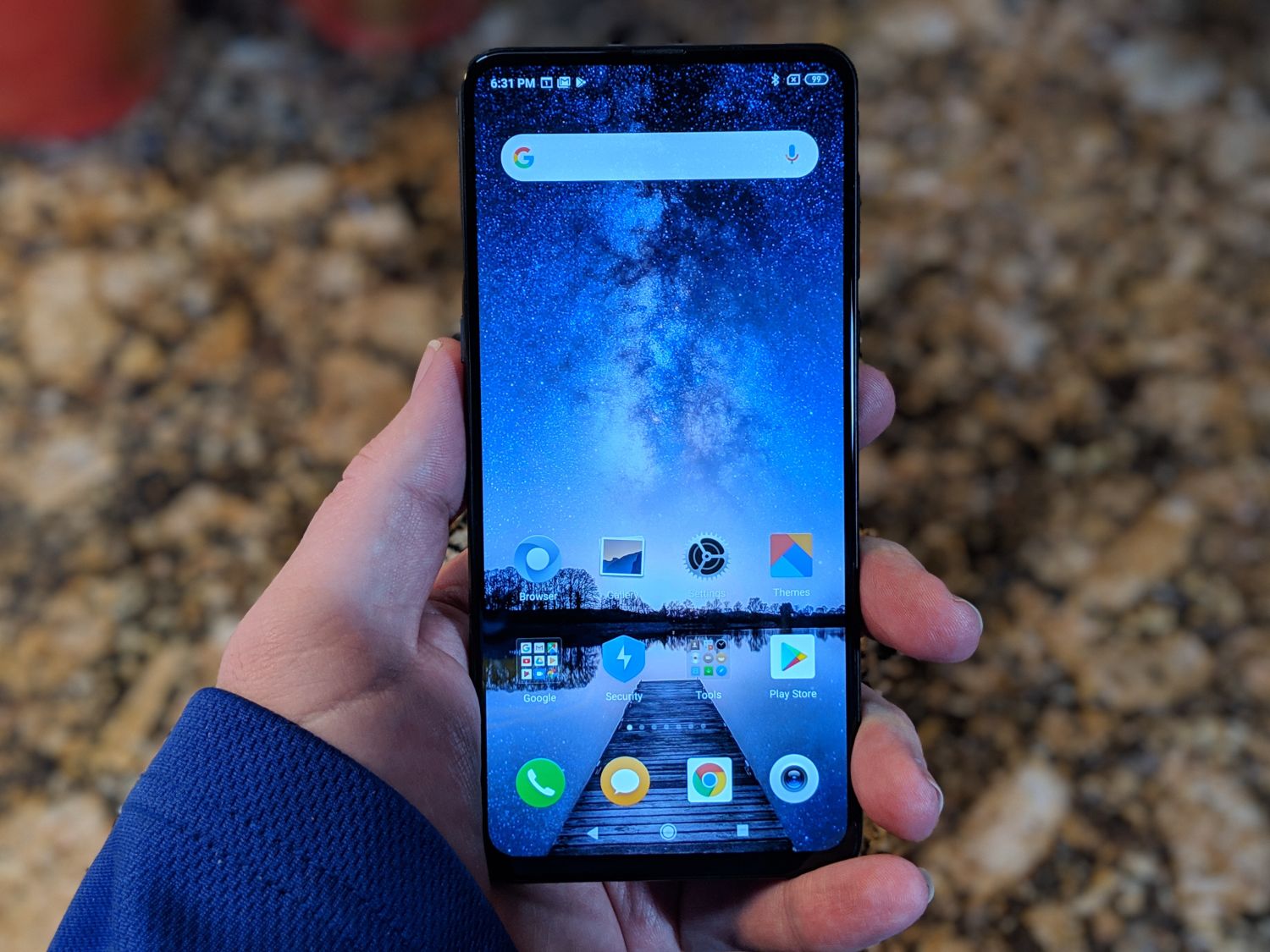 The Mi Mix 3 packs in excellent specs and the performance wonderful. Along with a Qualcomm Snapdragon 845 processor, the Mi Mix 3 has up to 10 GB of RAM and 256 GB of storage. Our review unit is the 6 GB/128 GB model.

Daily tasks are flawless. There is absolutely no lag in this device from scrolling through long menus, loading heavy graphics or downloading large files. More intensive tasks is where the Mi Mix 3 really shines. Playing graphically intense games and content creation are a joy with high frame rates, quick loading times, and decent battery life.

While battery life isn’t a standout, it’s pretty solid. I can get through a full day with about 20% remaining in the tank. That accounts for roughly 16 hours of usage and 4.5-5 hours of screen on time. While it won’t win any battery life challenges, the Mi Mix 3 should be fine for all but the most demanding users.

Xiaomi almost always has solid, if not unspectacular camera performance. The Mi Mix 3 is no different.

The rear of the device houses a dual lens setup, featuring one 12 MP f/1.8 lens and a 12 MP telephoto lens. In addition to the electronic stabilization that has become a fixture on most phones, the main lens is also optically stabilized on 4 axes (yes, I promise that’s the plural of axis) so your shots are more likely to let more light in and come out looking better.

The front-facing slider camera is a dual 24 MP + 2 MP depth sensor. This allows for the bokeh or blur effects that everyone seems to want on their selfies now. Sliding the camera out automatically launches the capable camera application. You’ll see your smiling mug immediately as the front-facing camera automatically pops up. It really is a great design for quickly taking pictures and putting your phone back away. 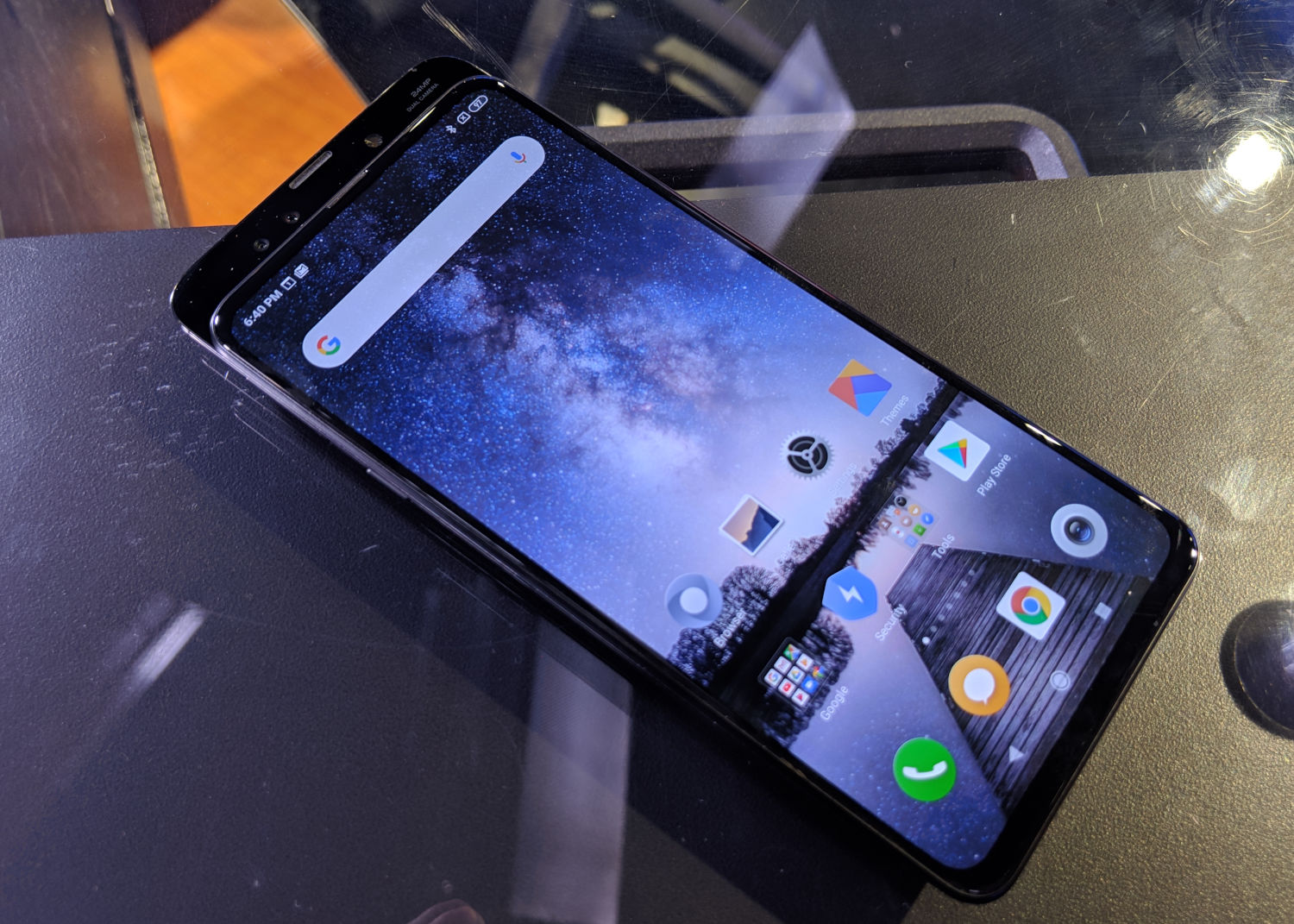 Software has always been my gripe with Xiaomi’s devices. It runs a heavily modified version of Android 9 Pie, with its skin MIUI on top. During our testing period, we’ve received several software updates including a major MIUI update.

Xiaomi is normally one of the slower OEMs to update its phones, so these software updates were a welcome surprise. A few minor bugs were squashed and the phone feels snappier and more stable than when we first took it out of the box.

Updates aside, there are things to like about MIUI. Aesthetically, it is one of the most visually pleasing OS skins out there. The default theme makes excellent use of white space and colors. The notification shade expertly displays your most important notifications first, but also handles multiple notifications really well. It almost feels like scrolling through Twitter and reading tweet after tweet. They’re all there, easy to read and ready to be acted upon.

Xiaomi also includes lots of little software tweaks that you can find in settings. Those who would rather just turn a phone on, download some apps, and be left alone will be fine here. It’s only those who truly want to customize every part of their device that will unlock the true power of MIUI.

Unfortunately, it’s not all peaches and cream.

A bit knock on MIUI has always been the strict battery rules. Often times, apps are hibernated or put to sleep and it can lead to missed notifications. Even when apps are running without battery optimizations, we still missed notifications. We have routinely opened up Android Messages or Hangouts to see new messages we had no idea were there.

Frankly, this is unacceptable and makes us not want to use the phone going forward. Smartphones are all about connection and we feel disconnected from the world using the Mi Mix 3. Many of our news notifications never came through, alongside the previously mentioned messages. With the push for AI in phones, we see a lot of companies trying to anticipate and deliver us the content we want, the Mi Mix 3 feels like the complete opposite of that. 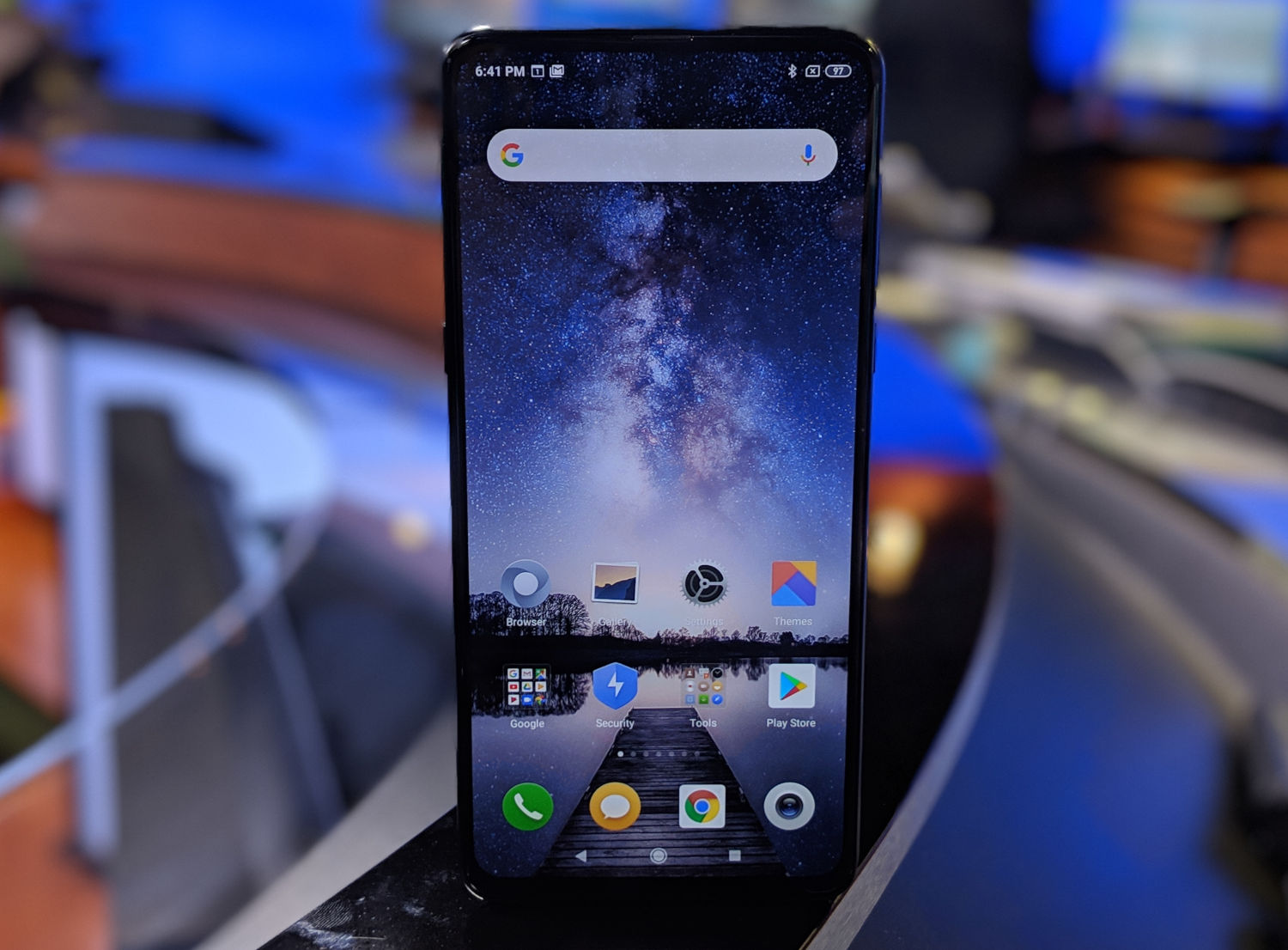 The Xiaomi Mi Mix 3 does a lot of things right. It’s gorgeous, packs in class-leading specs, and damn does that design feel cool. If you want a phone that looks amazing on the spec sheet or is a conversation starter, you should begin your search here.

But, don’t stop your search here. While the Mi Mix 3 sounds good and the price is enticing, there’s more to consider than just those surface details.

The slider design isn’t going to be for everyone. Beyond the questions around putting mechanical parts that can fail in a device, there are people who just won’t like how it looks or feels. Two people I showed the phone off to remarked that they’d never buy something like that because it feels like the crappy phone they had back in 2004. While I don’t personally agree, I can see where they’re coming from.

The software is still an issue. In almost every review I’ve done for both Huawei and Xiaomi, I’ve remarked that the software just isn’t designed for a Western audience. I stand by those statements, but I do think these Chinese companies are making strides.

Still, I can’t recommend a phone that makes me feel less connected to the people in my life. Even after spending quite a bit of time in the settings making sure that there were zero settings stopping me from getting my notifications, the issues persisted. I even tried factory resetting and still had issues. If Xiaomi ever figures out software or gives users the option of using pure Android over its skin, I’ll be the first in line for its devices. Until then, buyer beware.