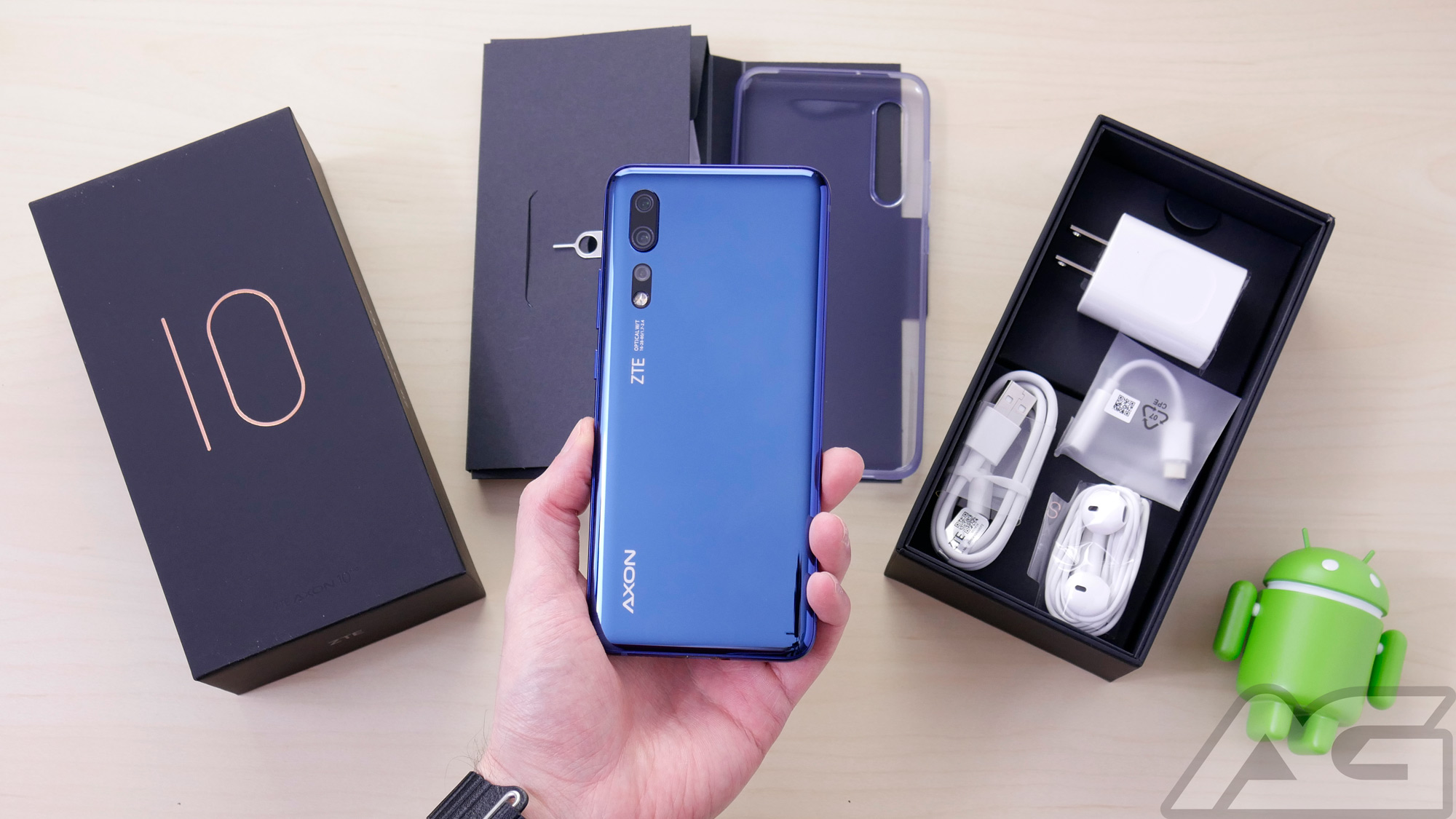 ZTE was at one time the third-largest smartphone maker in the US and is mostly known for its entry-level and mid-range phones. However, it has also garnered loyal fans with its affordable Axon flagship line, one of the most popular being the Axon 7. ZTE is back and ready to amaze us with its successor, the Axon 10 Pro.

The Axon 10 Pro is a beautifully designed phone with its vibrant blue glass back, curved display, and narrow bezels. It’s also surprisingly lightweight for a phone with a rather large battery inside. 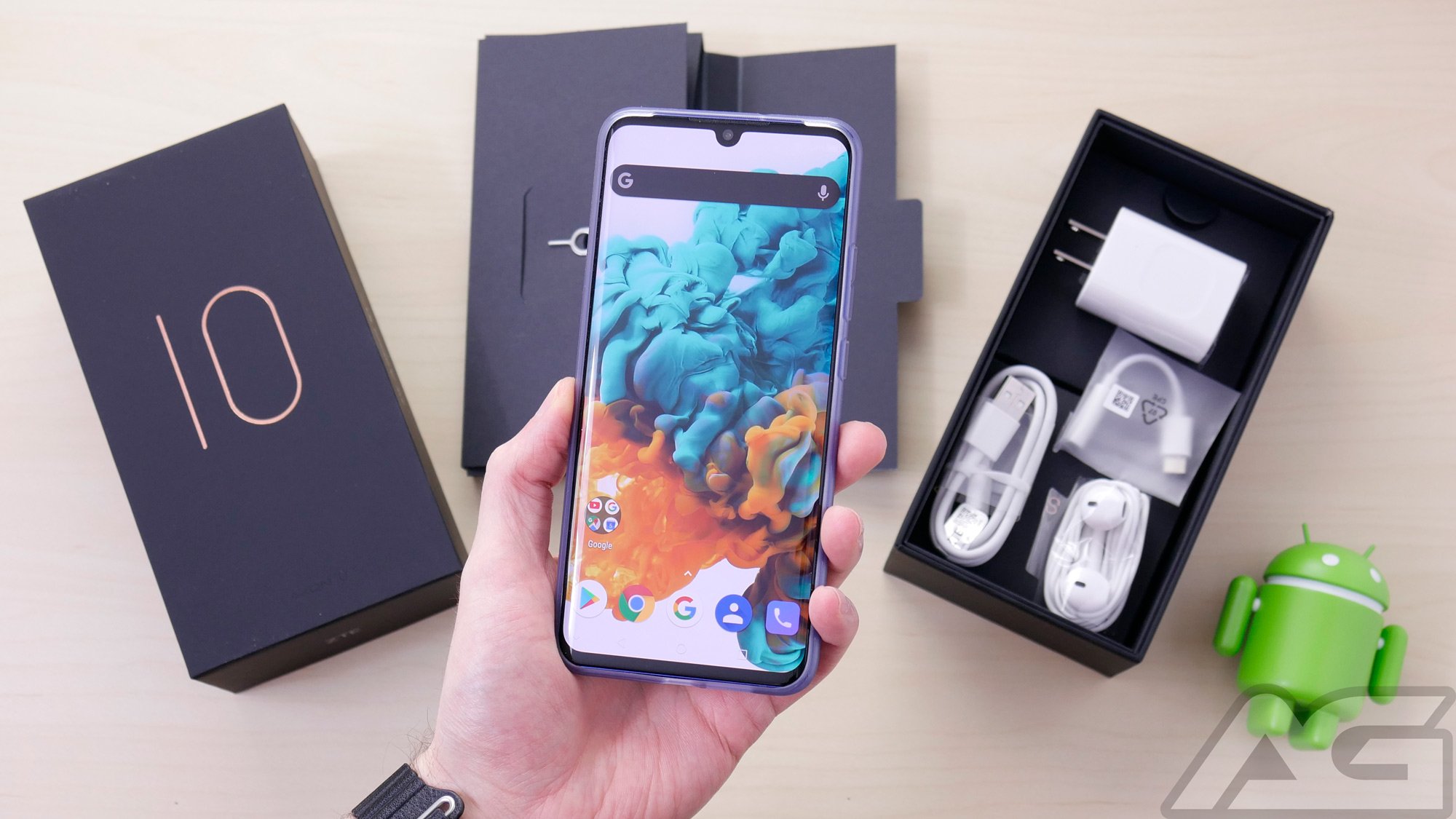 Even though the bezels are narrow to keep up with 2019 design trends, you’ll still notice a chin at the bottom, along with a notch at the top for the front-facing camera.

The screen gets plenty bright for using outdoors, the color saturation looks pleasant, and the lower resolution is a big help for battery life.

Due to ever-shrinking bezels, there is no LED notification light on the Axon 10 Pro. Instead, you can enable the always-on display which allows you to see the clock, date, battery level, and, of course, notification icons.

This time around the fingerprint sensor has been moved into the display we see in OnePlus and many other 2019 flagships. The optical sensor works just about as good as you would expect, meaning it’s accurate most of the time and unlocks in around one second or less.

Another big design shake-up from the Axon 7 is the lack of two front-facing stereo speakers and the headphone jack. The Axon 7 made a name for itself for its audio prowess and, unfortunately, the Axon 10 Pro is a bit of a step backward.

ZTE now makes use of a speaker design similar to many other manufacturers who hope to maximize the screen to body ratio. Specifically, it includes one bottom-firing speaker and an earpiece for stereo sound.

This definitely doesn’t sound as good as the Axon 7’s front-facing speakers, and the earpiece speaker sounds especially weak. The trade-off is a phone with slimmer bezels and arguably a better design.

ZTE has done a good job over the years of adding extra features to enhance Android. It does so without filling phones with bloat or giving them an unnecessary redesign. The Axon 10 Pro is no different in these regards. It runs a nearly stock version of Android 9 Pie with only slight UI changes to the quick tiles and settings menu.

To find what really sets the Axon 10 Pro apart from stock Android, you’ll need to open the Features menu in the settings. This is where you’ll find most of ZTE’s enhancements to Android.

From here, you’ll be able to tweak the system navigation, enabled one-handed mode, turn on gestures such as flip to mute, rise to wake, and more. One of my favorites is double-tap to wake, which I use countless times a day.

One of the great benefits of having a nearly stock version of Android is quick updates. At the time of writing, the Axon 10 Pro currently has the September update patch and ZTE promises Android 10 before the end of 2019.

My review unit of the Axon 10 Pro has a Snapdragon 855 processor, 8GB RAM, and 256GB of storage. The performance has been rather snappy for me while opening and switching apps.

The Snapdragon 855 is one of the two flagship processors to be released in 2019 from Qualcomm, with the Snapdragon 855+ still not widely available. So, it’s no surprise paired with a near-stock version of Android that the Axon 10 Pro performs like a champ.

ZTE offers a version with 12GB of RAM if that’s your thing, and it’ll only cost you $50 more. This is very reasonable.

My only qualm with the performance is when the over-aggressive task management would shut down apps in the background. This happened from time to time, but you can curb this behavior a bit by tweaking the power saving features in the settings. 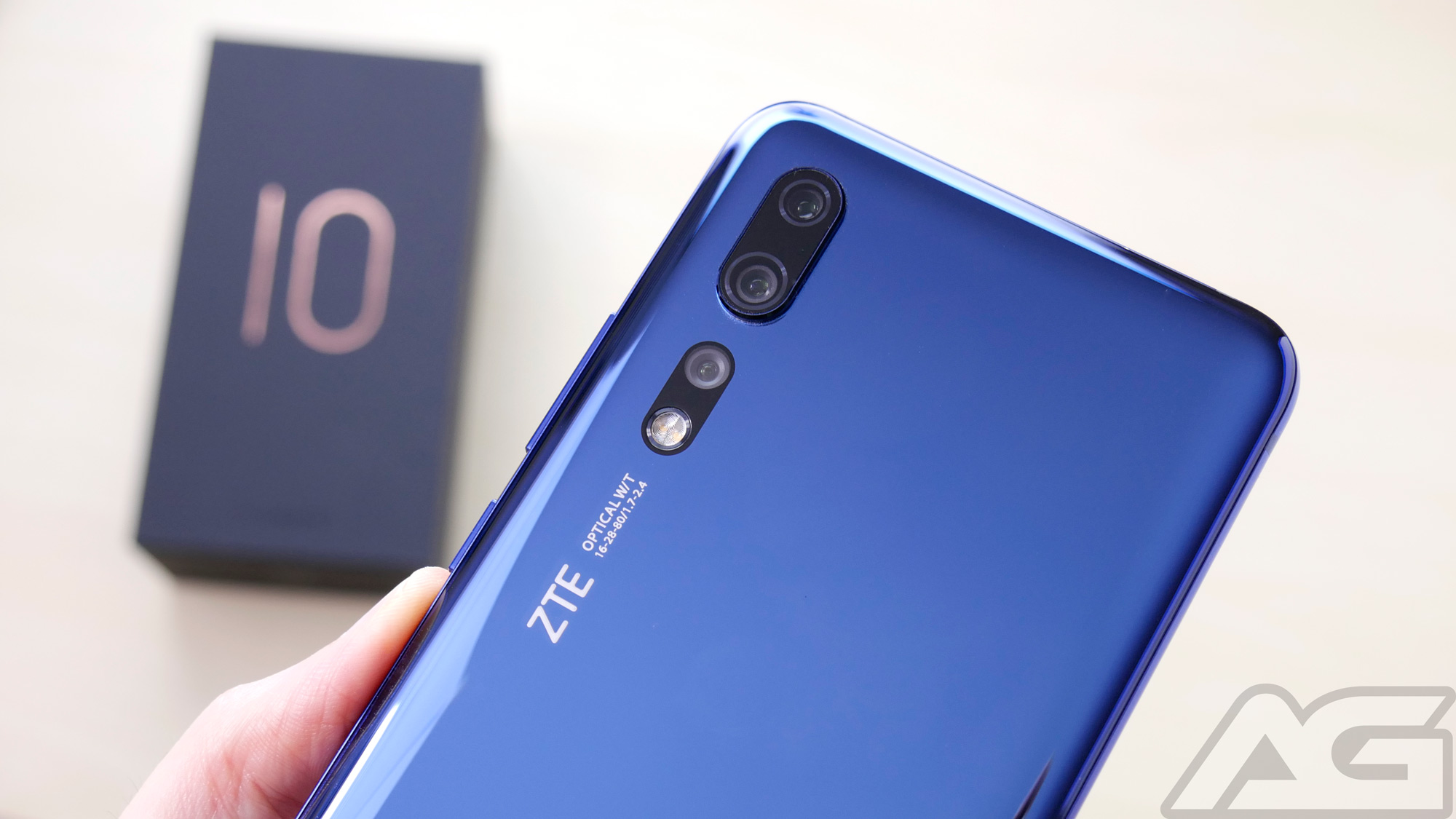 Unfortunately, the camera is the weakest link on the Axon 10 Pro. It does a decent job in brightly lit scenes with pleasing colors and a good amount of dynamic range. However, overall the images tend to come out rather soft and overly bright due to poor software processing. Comparing with another camera app I was able to get much sharper results from the same lens and sensor combo.

The three-camera setup on the back is most welcomed though, as the 3X telephoto and ultra-wide lens provide you with plenty of shooting options. My favorite was the ultra-wide camera, which does a fantastic job of keeping lines straight when distortion correction is enabled.

Another disappointment is that advanced features such as HDR don’t work when you use the full 48MP on the main camera.

That wasn’t an issue for me though, as I left the camera in 12MP the majority of the time and would rather utilize HDR over a higher resolution. One feature I missed was the ability to shoot in 16:9 though, as the Axon 10 Pro only provides 4:3, 1:1, or 19.5:9 shooting options.

Taking photos in low-light was also a challenge, without optical stabilization built-in you are left to rely on electronic stabilization. While EIS is better than nothing, it still requires much steadier hands than OIS. Even with the steadiest of hands, low-light images were often disappointing with lots of noise.

Like most phones these days, the Axon 10 Pro includes a Night shooting mode. Don’t get this confused with the Night modes on other phones. It does little to nothing for night time photos here aside from blur the noise and increase the brightness.

The front-facing 20MP f/2.0 camera does well enough for all of your selfie needs. The Axon 10 Pro provides you with plenty of control over the beauty modes, including disabling it entirely. It also features a portrait mode like most modern-day phones these days which does a relatively good job, even in some challenging situations. 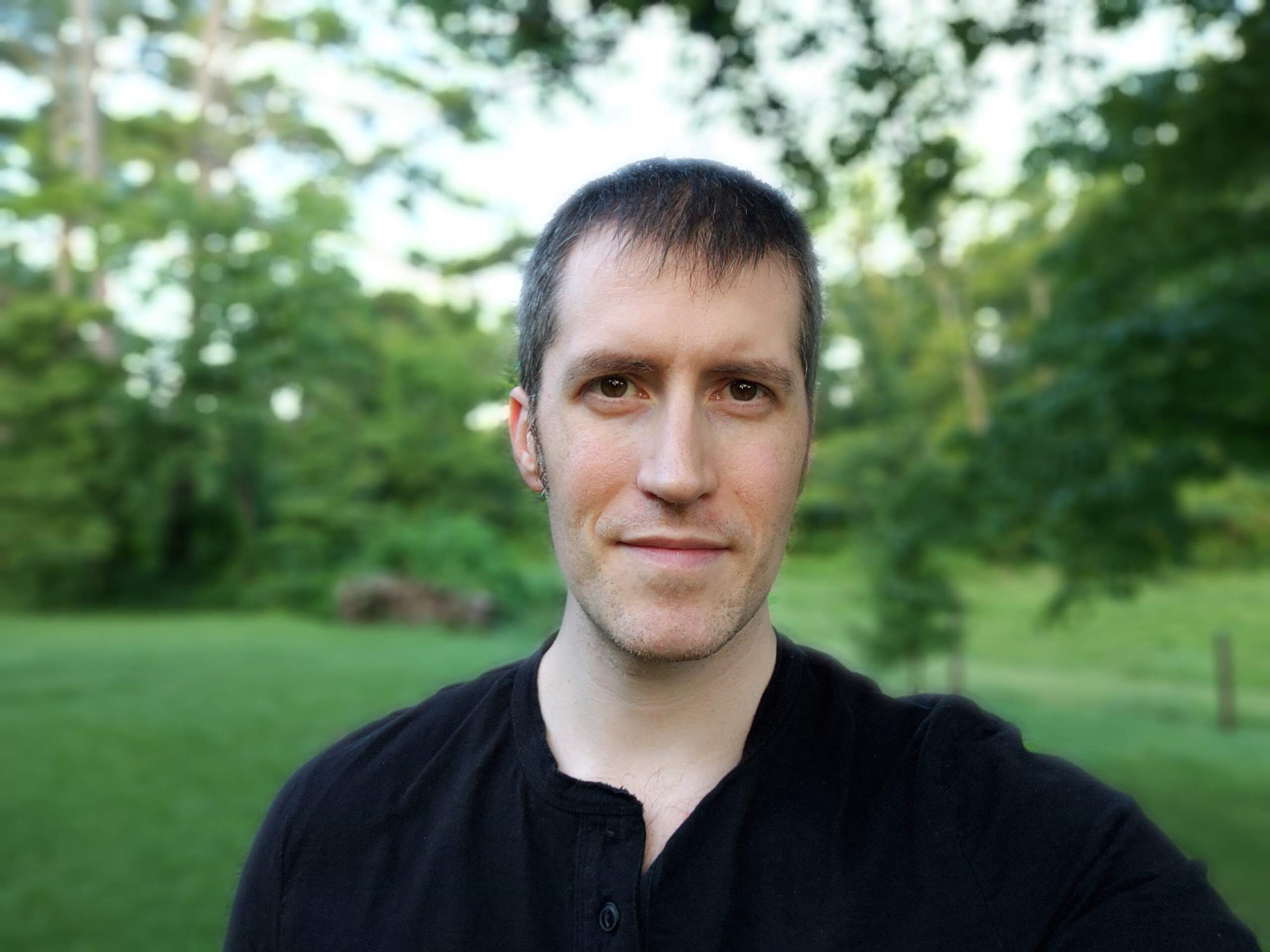 Overall, the Axon 10 Pro gives you plenty of options when taking photos and will do an adequate job as long as you’re in a well-lit area. It’s only when you get into low-light situations that you’ll be disappointed. Just remember when compared to most other flagships on the market, you’re still getting a capable camera at a fraction of the cost.

The Axon 10 Pro is a battery champ. The 4000mAh battery paired with the FHD+ resolution does wonders here. I was consistently able to get more than five hours screen-on time per charge. Most times, I probably could have gotten two-days of moderate usage without charging.

When it does come time to charge, the Axon 10 Pro features Qualcomm Quick Charge 4.0 which comes in handy with a massive 4000mAh battery. It also utilizes 15W wireless charging with its new glass back for those of you looking to go wire-free. Whether you choose to charge up wired or wireless, you won’t be waiting long. 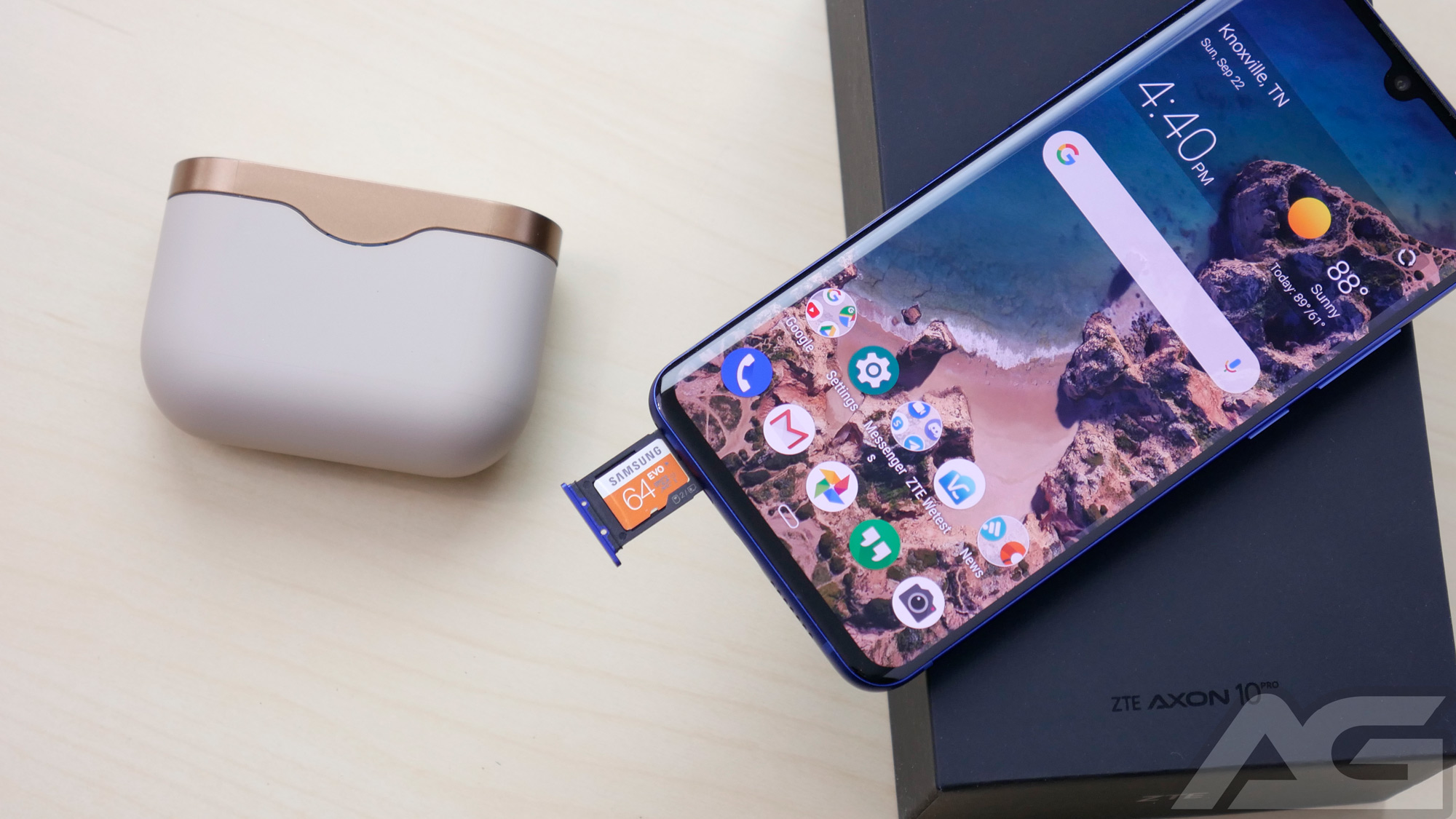 At a time where flagship phones come in at $1,000 or more, ZTE shows up with a contender that’s nearly half the price. For only $549, the Axon 10 Pro will give you a phone that performs like a thousand dollar flagship. It boasts stunning battery life and a beautiful design.

My biggest criticism would be the mediocre camera performance when compared to flagships on the market. In the end, that’s a minor complaint considering all that the Axon 10 Pro serves up here.

Buy from B&H Photo Buy from Newegg Buy from ZTE