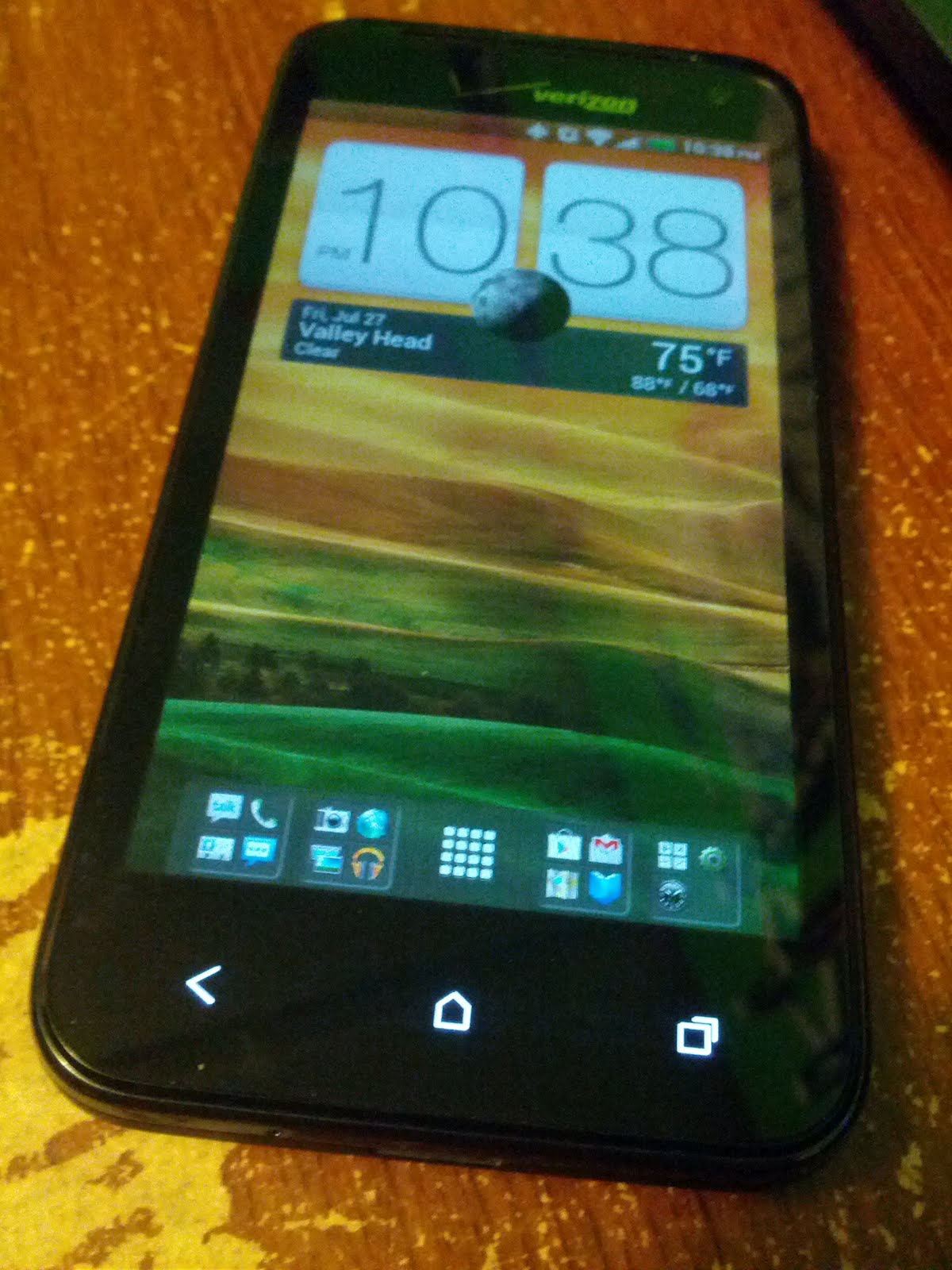 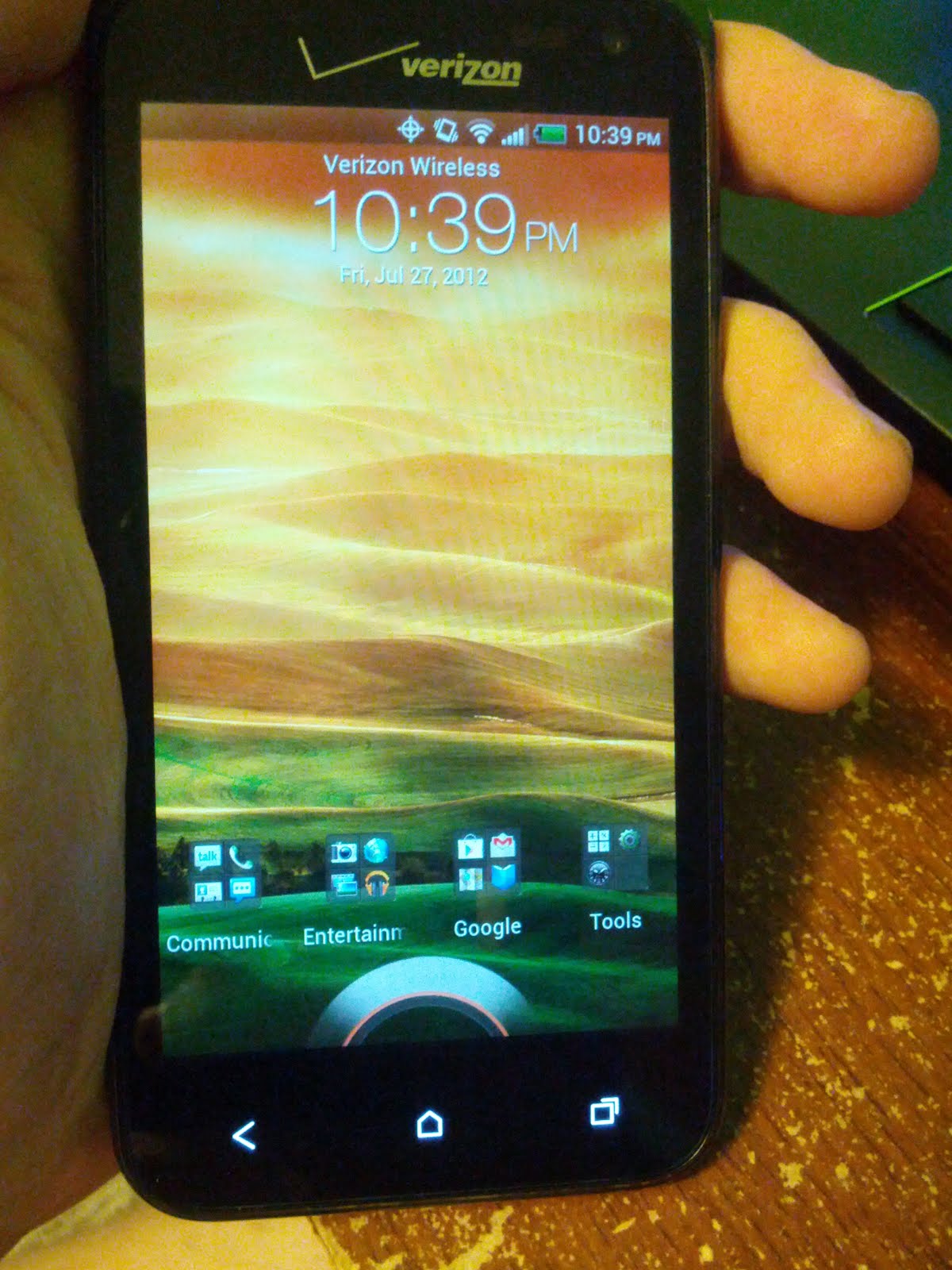 Let’s start with the most obvious aspect of the device: how it looks and feels in the hand. HTC has always built quality devices, and the Droid Incredible 4G LTE (are you getting as tired of reading that as I am of typing it?) is no exception. Rounded corners, a narrow form factor, and that familiar soft-touch matte battery cover make for a gorgeous device that just feels right. 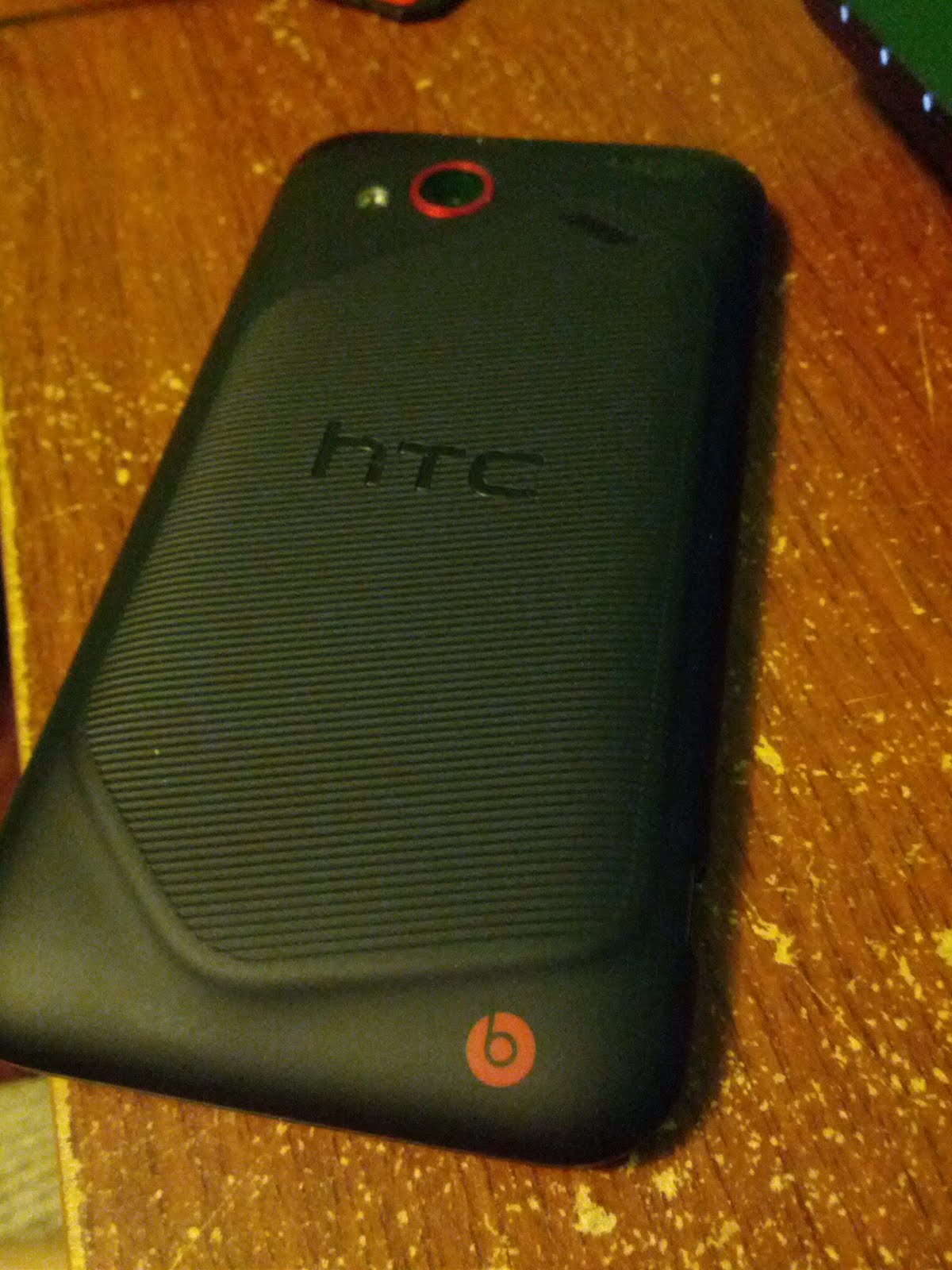 The battery cover also has diagonal lines going across it, which might have some technical purpose, or they might just be aesthetic on HTC’s part. Either way, they’re a nice, if pointless touch. 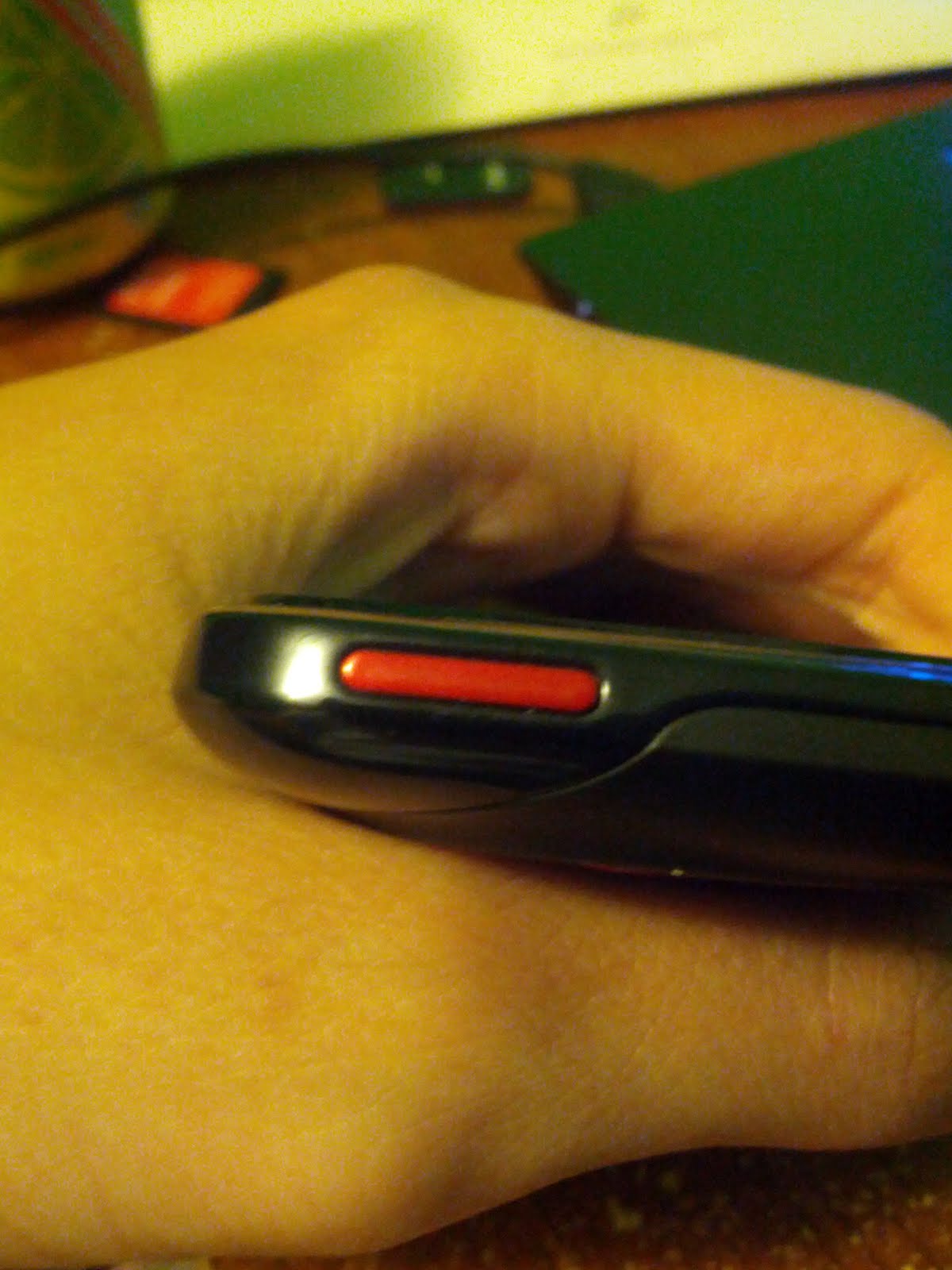 The power button, speaker, and rear camera have red accents, much like that of the HTC Rezound. These really make it feel like a quality device. The Incredible 4G LTE comes in at just over 4.5 ounces, so it’s definitely not a hefty device. The weight doesn’t feel unevenly distributed, which is always nice. Coming from a larger device (Samsung Galaxy Nexus), it took a bit of time to get used to the smaller form factor. But once I had done so, the Incredible 4G LTE wasn’t that hard to use. 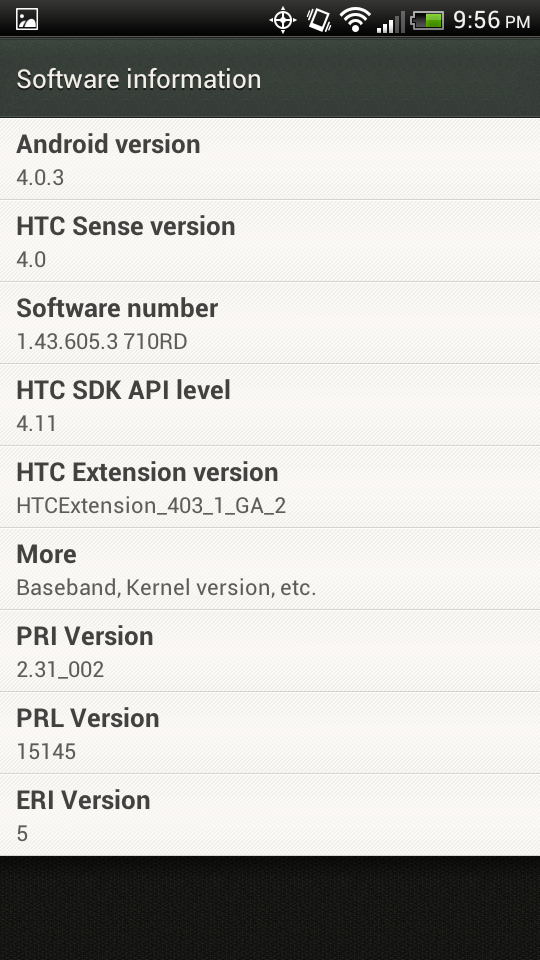 While it’s not Jelly Bean, ICS with Sense 4.0 is definitely built around the average user, and isn’t completely unbearable. In the eternal struggle with OEMs to stick to vanilla Android, I think it’s safe to say that HTC has taken some of the criticism to heart with Sense 4. It’s been slimmed down from previous Sense versions, and isn’t as in-your-face as its predecessors. Sense still slows down the overall performance of the phone, but it’s definitely less noticeable than something like Sense 3.5. 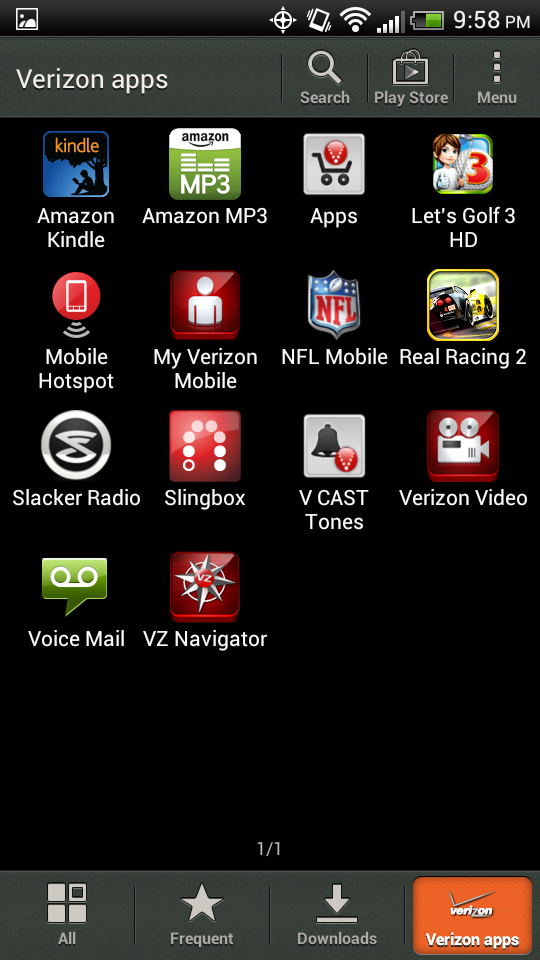 Not surprisingly, there are fourteen unwanted applications loaded onto the device (two of which are from HTC, twelve from Verizon). Most of these cannot be removed (curses). They range from Amazon products to VCast stores to the dinosaur known as VZ Navigator. We could rant and rave for days on end about giving users the option to remove these apps, but at this point it borders on cliché. Sense 4, of course, comes with its own launcher, complete with some HTC-built widgets, like the 18 different clock widgets, several People widgets, and all the power controls you could ever need on a home screen. Out of the box, you’re given seven home screens, but there’s always the option to remove some, add some, or even rearrange whole screens, icons and all. Obviously if Sense isn’t your thing, you could always install a third-party launcher like Apex. 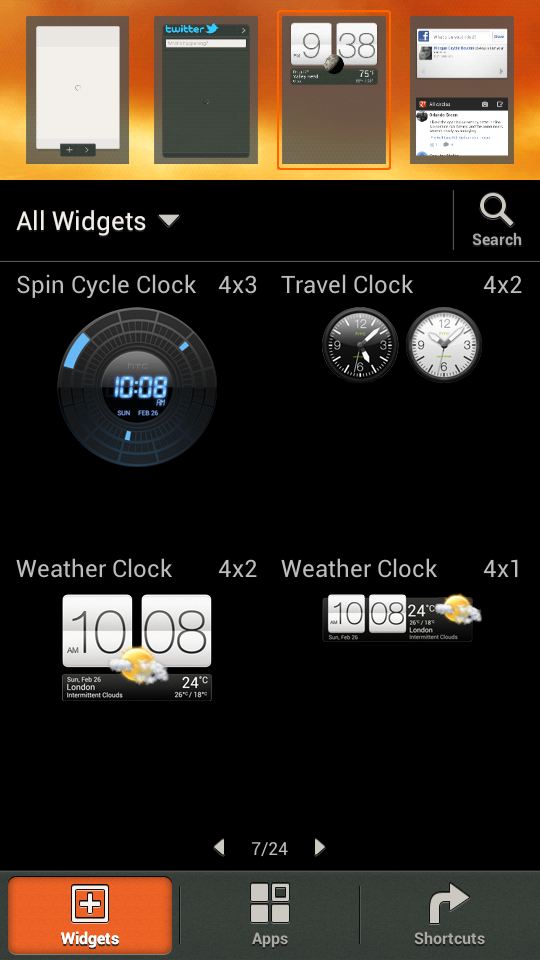 Sense 4 also comes with countless customizable aspects, one of the biggest being the lockscreen. There are eight different lockscreen styles to choose from: wallpaper, productivity, photo album, friend stream, weather, people, clock, and stocks. Personally, productivity was the most useful, but for a stockbroker or a social network junkie, another option might be more enjoyable. One thing about the lockscreen that bothered me was the fact that I couldn’t select which four icons I wanted to be at my disposal. Unlike previous Sense versions, the lockscreen loads the items from the launcher dock into the lockscreen. Since I organize my apps into folders, and placed these folders in the dock, I got what you see above, every time I locked the device. Need I say more? 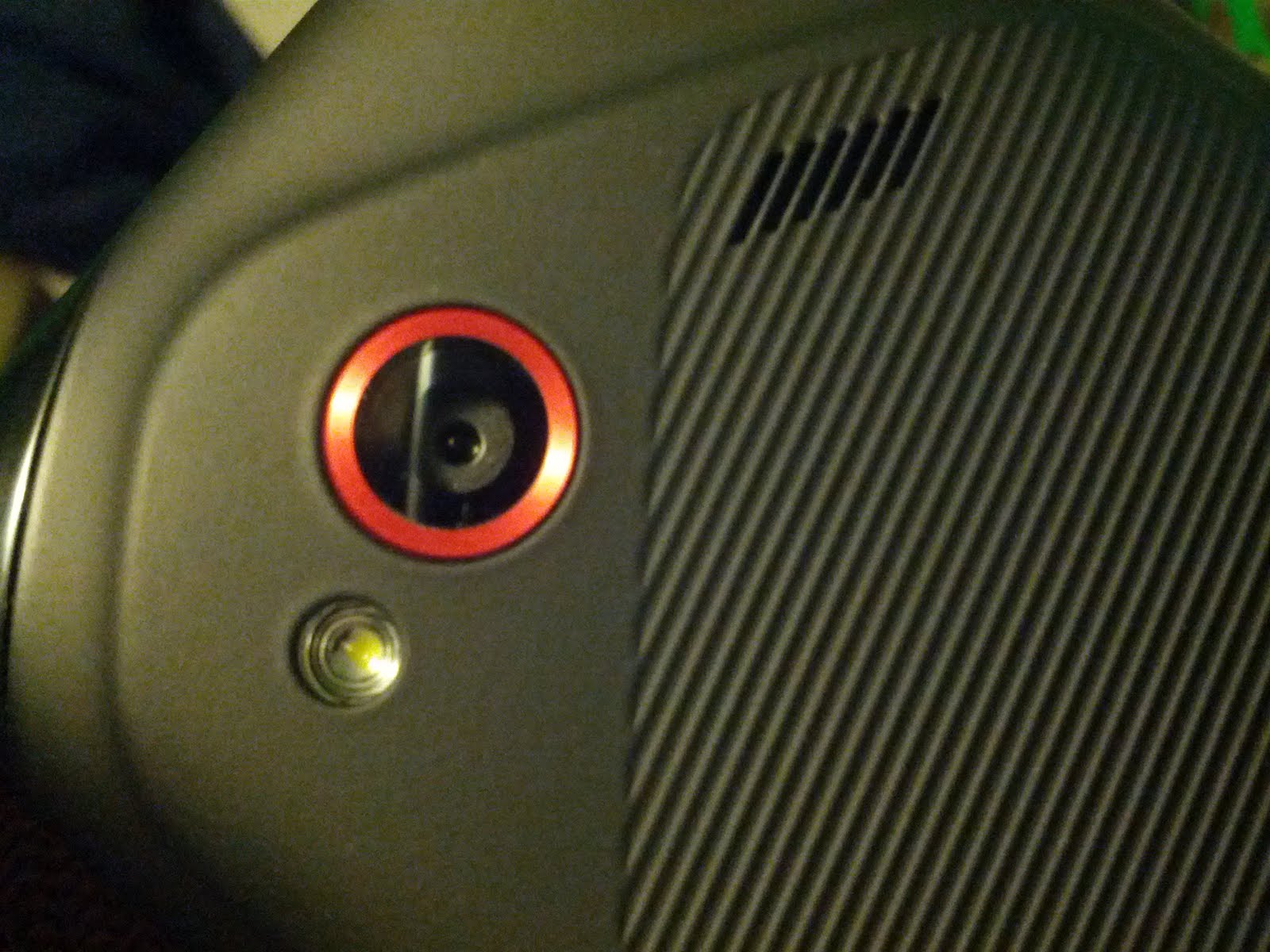 It comes as no shock to me that the camera on the Incredible 4G LTE is spectacular. Given the amount of time HTC spent discussing the camera upgrades during their Sense 4/HTC One event, I expected great results. And I wasn’t disappointed. 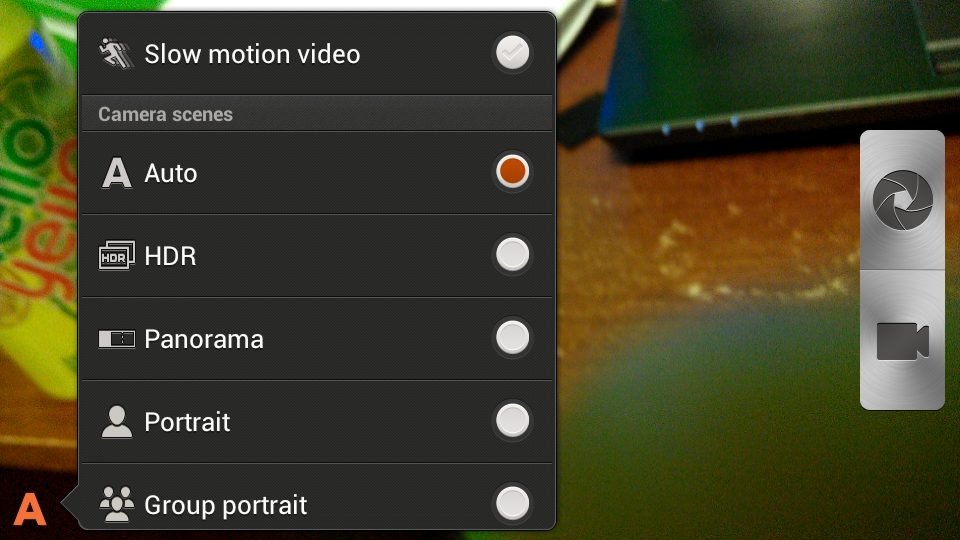 The rear 8MP camera blew me away right out of the gate, with both indoor and outdoor pictures coming out perfectly almost every time. The colors stood out, and the camera UI itself is just usable and easy to navigate. The camera scenes were a nice touch, ranging from panorama to landscape to HDR. Personally, I don’t see all the hype behind HDR, but to each their own.

Back to the rear camera, which produced beautiful pictures with and without the flash. I took the majority of the photos below outdoors, to show how well the camera performs in sunlight. Two of the photos were taken with the HDR filter, and this is obvious when looking at them. While the 4-inch qHD display on the device isn’t the worst, it doesn’t stack up very well against other devices, like the Galaxy S3 with its Super AMOLED HD screen. Also, the fact that the Droid Incredible 4G LTE’s display is only 4 inches made using the device feel a bit cramped. With OEMs releasing 4.6- and 5-inch devices these days (I’m looking at you, Samsung), it surprised me that HTC chose a smaller 4-inch form factor for this one. Of course, for someone coming from an even smaller display, or perhaps from a dumbphone, 4 inches might be perfect. It’s all personal preference.

The colors on the display weren’t bad, but they weren’t mind-blowing. In today’s smartphone market, I feel that HTC might have dropped the ball when it comes to this display, and the device in general. 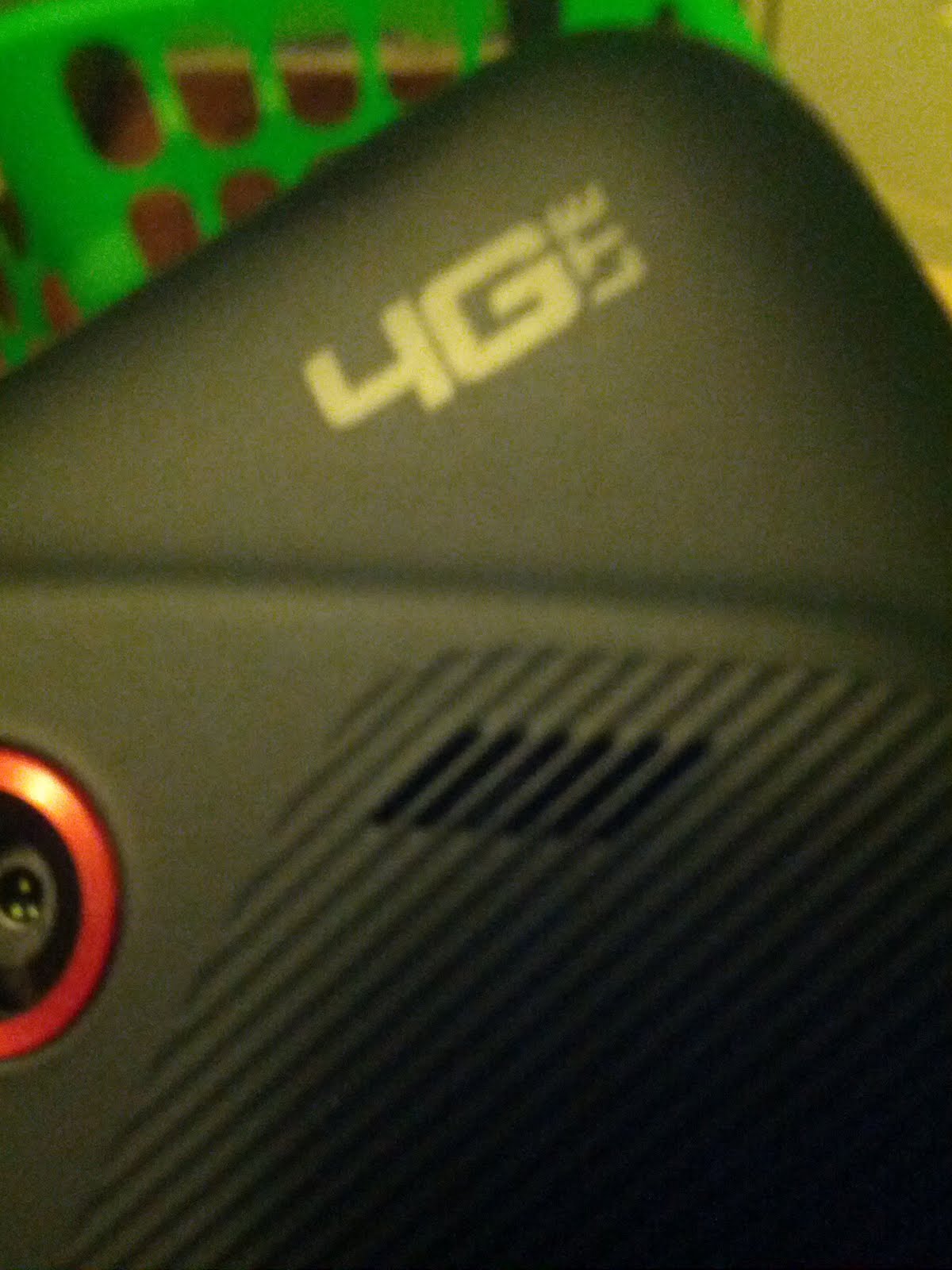 So we know that Verizon’s 4G LTE network is fast. I’ve seen countless screenshots that show upwards of 15-20 Mbps down, and at least 8 Mbps up. While I wish and wish that I could show the same results, the fact remains that I had only one opportunity to take the device to an area with LTE coverage, and it wasn’t exactly the speed I had envisioned. The highest speed that I was able to achieve was near 5 Mbps down, and 4 Mbps up. 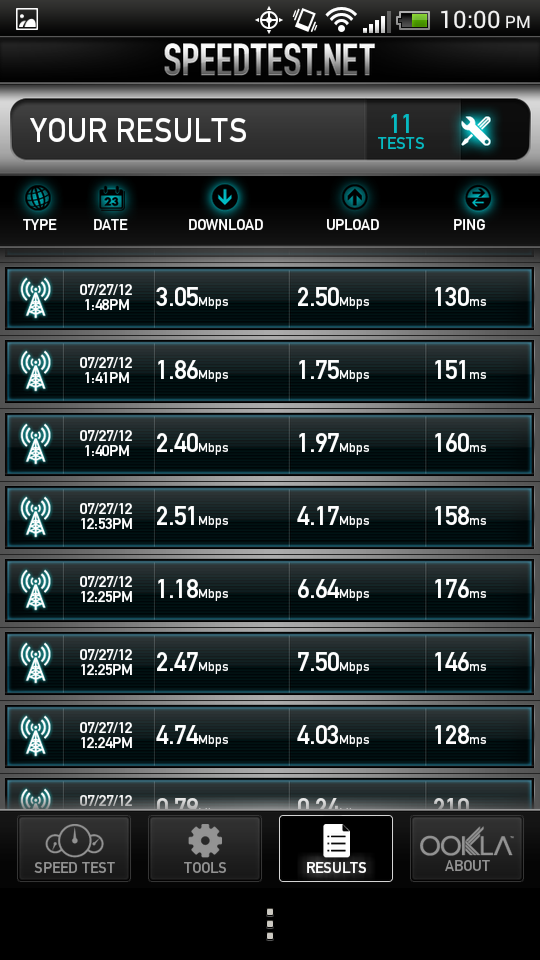 That’s not to say that speeds aren’t much higher in other areas with better LTE coverage. Verizon is constantly expanding its LTE network, so surely more and more cities will be getting coverage in the near future. I can say that for the short time that I was able to use Big Red’s 4G, web pages loaded very quickly, photos uploaded and downloaded in a snap, and I had no issues regarding speed. Sense obviously has some pros and some cons for a lot of people. There are several nice features built into Sense, but the debate on whether these features are worth the lag that the UI causes will probably never end. I found Sense to be more of a nuisance than a help. The Incredible 4G LTE has a 1.2GHz dual-core S4 processor, and should be able to blaze through quite a bit of usage without any trouble. But because of Sense, lag makes sudden and random appearances, if only for a short time. These delays aren’t long enough to be too noticeable, and are barely there to the average user.

If HTC released a device like the Incredible 4G LTE without Sense, and running stock ICS or Jelly Bean, I would be more optimistic about it. For someone coming from a stock Android device, this might not be the best option for you.

Battery life, on the other hand, has actually been rather delightful. I’ve made it through a day of mild to moderate usage (checking emails, social networks, text messaging, using the camera, etc.) before the battery dropped below 15% and needed to be charged. The worst day in terms of battery life was when I made it nearly ten hours on a full charge before having to plug into my backup battery. I haven’t had any issues with the battery overheating, or the back of the device getting too warm after heavy usage.

WiFi, why you no go away? If there is one glitch to destroy all glitches on the annoyance scale, it is this one. For some unknown reason, HTC decided that users constantly need to know when they’re connected (or not connected) to a WiFi network. 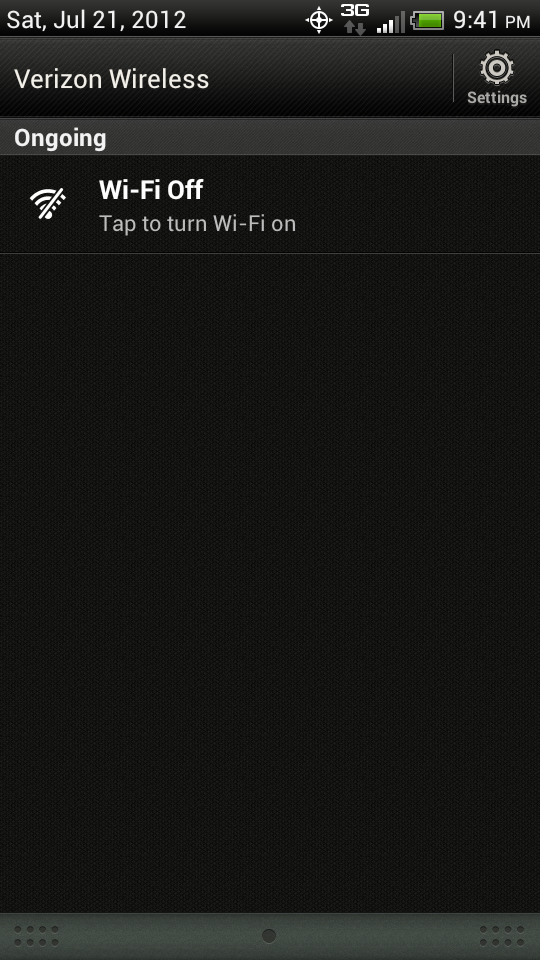 This notification never goes away. Ever. Not even after rebooting the device, clearing all notifications, and toggling WiFi dozens of times. It leads me to ask just one question: “Why, HTC? Why?!” So after a week with the Droid Incredible 4G LTE, I wasn’t very impressed. True, it is a very nice device in terms of appearance and price (at only $149.99 with a new 2-year contract), but it just doesn’t grab much attention at this point. Now that the HTC One X is available on AT&T, and the Galaxy S3 on every carrier, the Incredible 4G LTE isn’t exactly at the top of the list for phones I would recommend to a friend. It only adds more fuel to the fire that Jelly Bean has been released, and the Incredible 4G LTE is running ICS with a UI that will probably take ages to update, if at all. It’s not the worst phone that HTC and Verizon have ever put out, but it’s not winning many awards anytime soon.

The WiFi bug is extremely irritating and cumbersome, but not a deal breaker of course. Of the carrier skins on the market, Sense is one of my favorites, although I’d take stock Android over all of them any day of the week. The camera is the by far the best feature of the Incredible 4G LTE, and HTC will most likely point that out in every future device with similar specs. Perhaps if HTC had released this device under the One line months ago, and it had landed on shelves at that point, it might be more popular. It seems that HTC just waited a bit too long to let this one out into the wild.