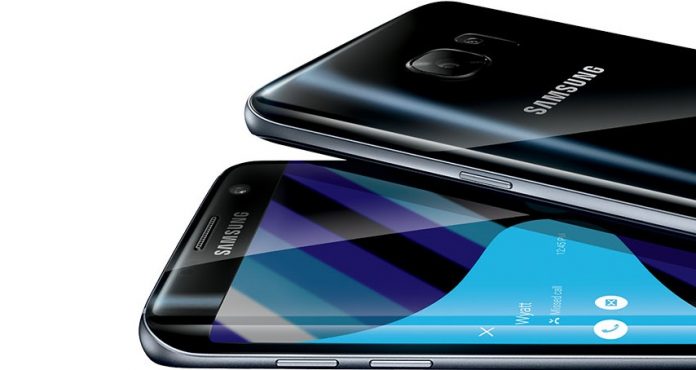 The Samsung Galaxy S7 Edge originally released on March 12, 2016. Now that users have had a full year to use and explore the device in the wild, we decided to look back on the S7 Edge and how it’s fared over the past 12+ months. Samsung is slightly notorious for having devices that find ways to slow down over the years in one way or another. Whether this is a flaw in design or just an inevitability of all electronics, it’s still disheartening considering the cost of these devices.

Even though the S7 Edge has been out a full year, the specs of the device still impress. Let’s refresh our memories with a lovely list of numbers and details pertaining to the S7 Edge.

The Samsung Galaxy S7 Edge has a huge upside. As indicated in our original review, the S7 Edge is a powerhouse that was top of the line at its original release time. Still, to this day, it’s a top overall performer that can ease through the paces with multitasking and rendering performance that is only now being out-classed by brand new devices. Samsung is known to include top of the line chips and features in their premium devices such as the S7 Edge.

I have played some of the newest and most demanding 3D games and VR experiences on my Galaxy S7 Edge and I have found that performance has remained between good to great. The Galaxy VR applications have been the most strenuous for my S7 Edge and I have actually found that my phone becomes quite warm after extensive play sessions. I was hoping that this issue could be patched over time to better utilize the power of my phone and decrease the over-heating issues I originally experienced, but so far have seen no improvement.

Samsung is always at the top of the heap when it comes to the ability to take good-looking photos. The biggest knock against the Galaxy phone cameras is the over-processing of most photos as pictures oftentimes become quite saturated and less natural looking. While some users appreciate the “Hollywood” effect of their photos, it has left pro-users somewhat disappointed in the unnatural look of photos on the S7 Edge. I would love to see more options in taking photos on future Galaxy devices. While this issue affects different users in different ways, it’s indisputable that the camera’s low-light and overall pixel density is second to none. I’ve taken thousands of photos with the Galaxy S7 Edge and have been very pleased with the look of most pictures.

The S7 Edge shipped with a fairly competent fingerprint reader that works well under most conditions. Over time, I discovered that wet or dirty fingers give the sensor some issues on detecting fingerprints accordingly. This is somewhat of an issue considering that the S7 Edge is designed to be a device that is water and dust resistant but does not have the ability to read fingers when they are wet.

Fortunately, the screen is sensitive enough that you can resort to using a simple swipe or grid-based security function when fingers are wet. Samsung includes ‘Samsung Pass’ on the S7 Edge which allows for an extra layer of security that uses biometric data to help secure certain information on your phone. I didn’t use this feature extensively over the past year but was pleased to see it available.

The Edge feature of the Galaxy S7 Edge smartphone is unique, but not always beneficial. The stylistic advantages of the S7 Edge are imminently apparent and sure to draw in onlookers that are just passing by.

What I discovered in my first year is that the Edge feature offers a little in usability but a more in the overall look of the device. I rarely used the Edge panels and found that it was much easier to access things such as APPS EDGE by just navigating to the appropriate application instead. Considering I rarely create tasks, I also found that the TASKS EDGE feature was also virtually useless. The best use of the Edge feature that I used on almost a daily basis was having additional information such as the time or notifications show up on the device when the screen was off.

Battery:  The battery in the Galaxy S7 Edge seems perfectly appropriate for the device. Most users expect at least a day’s use out of their respective smartphone. I found that in most general use settings the S7 Edge was capable of delivering on this expectation. The 3600 mAh battery provides enough juice to allow most users a full day’s use.

Only a few times in the past year did I overuse the device to the point where I was recharging in the late afternoon hours. One feature I found considerably useful, was the Performance Mode allowed in Android 7.0+ on the S7 Edge. This allows a user to optimize use for games, entertainment, high performance or extended battery life. The optimized setting will lower the overall resolution in general use as well as turn off the ‘always-on’ display to extend battery life well beyond what is normally expected.

After using my Samsung Galaxy S7 edge over the past 12 months a few things stand out as negatives. Most of these are minor complaints, but things I believe Samsung could work towards fixing in upcoming iterations.

Although Samsung’s Touchwiz software skin has become more efficient and less intrusive over time, it’s still a few steps back from a pure Android interface. Samsung is notorious for having its own version of almost everything Android-related, between Touchwiz to the offshoot Tizen to its own version of an app store. On the S7 Edge, Touchwiz does a decent job of performing like stock-Android, but the look is unique enough to leave a few of us wanting something different. Fortunately, it’s easy enough to change the look of Android with a new launcher or icon packs, even if it’s on a Samsung device.

Whether it’s a Samsung device or a phone from another manufacturer, you may experience a slowdown on almost any device over time. Samsung is one of the top sellers of Android-based mobile devices and because of this, it is often reported that Samsung devices, such as the S7 Edge, slow down incrementally over time.

While using my S7 Edge over the past 12 months, I have experienced this issue. As I filled up my device with videos, apps, music and a plethora of downloaded files and add-ons, I began to notice some slowdown that became quite annoying. Usually, the best fix for these types of issues is a complete refresh of the device. This can be quite the feat for basic users but more often than not will return you to the “out-of-the-box” performance that you started with. It’s never fun to watch your phone become slower in its age and I’d love to see Samsung include an option to tune performance over time instead of sending users to technical support for help.

It’s never fun to watch your phone become slower in its age and I’d love to see Samsung include an option to tune performance over time instead of sending users to technical support for help.

Because the Galaxy S7 Edge is an all-glass device, it’s important for most users to have proper protection for this phone. I personally purchased a screen protector and case on day one and have used them both ever since. One thing I discovered early on, is that it’s much more difficult to use a phone with a curved glass edge if there is not a case on the device.

Without a case, I found that the edges of my hand would register as “screen-touches” and would effectively render the phone useless, or at the minimum very difficult to use. With a case on, the edges of the screen were protected and I was able to navigate as intended through menus, scrolling, and normal applications use. I believe that some smart software could eliminate this issue altogether and expect Samsung to employ some type of fix for future iterations of Galaxy devices that have the curved edge.

Now that it has been a full year, it’s much easier to look at the S7 Edge in its entirety. Good and bad experiences can be summed up to an overall impression quite easily. I have strangers ask me about my phone all the time, which means it’s a unique and intriguing device, at the least. I always reply by telling people that I really love the S7 Edge but do not love the cost of the device.

Fortunately, I’ve had no major issues with the S7 Edge and my overall experience has been quite positive, but with the cost of the phone, I have actually considered looking for something different for my next upgrade.

With the S7 Edge, I’ve been quite content on the capabilities, look, and overall functionality of my phone. Being a fan of the Galaxy Note series, I considered a Note7, but in hindsight am very happy that I chose the S7 Edge. The extra real estate, the superb camera, and high-resolution AMOLED screen have made me feel as if I’m in some elite club–and paying for it along the way. If technology advancements continue to drive prices down on high-end smartphones, I believe that the Galaxy S series will remain a top choice for mobile users well into the future.

Samsung really has achieved what it wanted to do with this device: a great screen, a solid camera, respectable software and support, a sleek and smart design with features that will keep customers coming back for more. I can still recommend the S7 Edge as a premium device but suspect those that are looking for a new phone will gravitate to the brand new Samsung Galaxy S8 or S8+. As for me, I’ll be keeping my eye out for the possibility of a new iteration in the Note series.