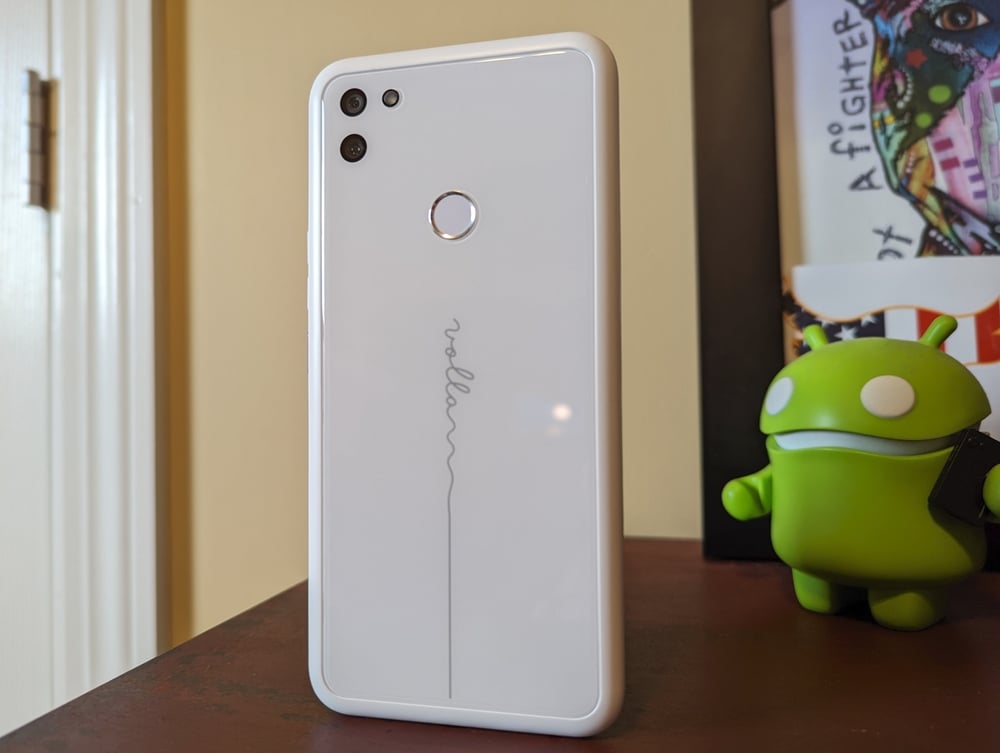 More and more users are considering how they include privacy alongside technology. Smartphones can be a struggle as Google doesn’t exactly scream user-first privacy and Apple has its own issues. Thankfully, new options like the Volla intend to offer an alternative.

The Volla Phone 22 is a de-Googled Android device for the more security-focused user. How does it hold up in the modern world of advanced smartphones? Let’s find out in our full review.

The design of the Volla 22 is fine. That’s about it. The industrial construction is mostly plastic and reminds me of some of the first few generations of Moto G devices. That was pretty decent four years ago, but now this is looking dated.

However, you do get a few ports that you may have been missing these days. Yep, there’s a true relic of a 3.5mm headphone jack on the bottom along with a USB-C charging port, and finally a speaker grille. On the right side of the Volla 22, you get a volume rocker and a dedicated power button.

The back cover is the one spot the company has a bit going on with a glass inlay that has the Volla logo etched into it. It’s a nice touch to add a design flare. In the middle of the top half is a capacitive hardware fingerprint scanner. Just to the right of the is the dual camera array of the main camera.

Crazy talk, but the back plate is completely removable. This is another throwback to another era of smartphones. While this is nice to get to internal things and lends to replacements of the battery, it also has its downside. The open compartment makes this much more susceptible to the elements like dust and water.

The screen on the Volla 22 isn’t bad. The 6.3-inch panel has a resolution of 2340×1080 and provides good colors and contrasts. There’s a teardrop notch at the top for a 16MP front camera.

Performance is powered by a MediaTek Helio G85 processor, 4GB of RAM, and 128GB of internal storage. Most will scoff at 4GB of RAM, but without the backend processes of a true Google phone, I don’t see this as an issue with the Android model (more on that later). 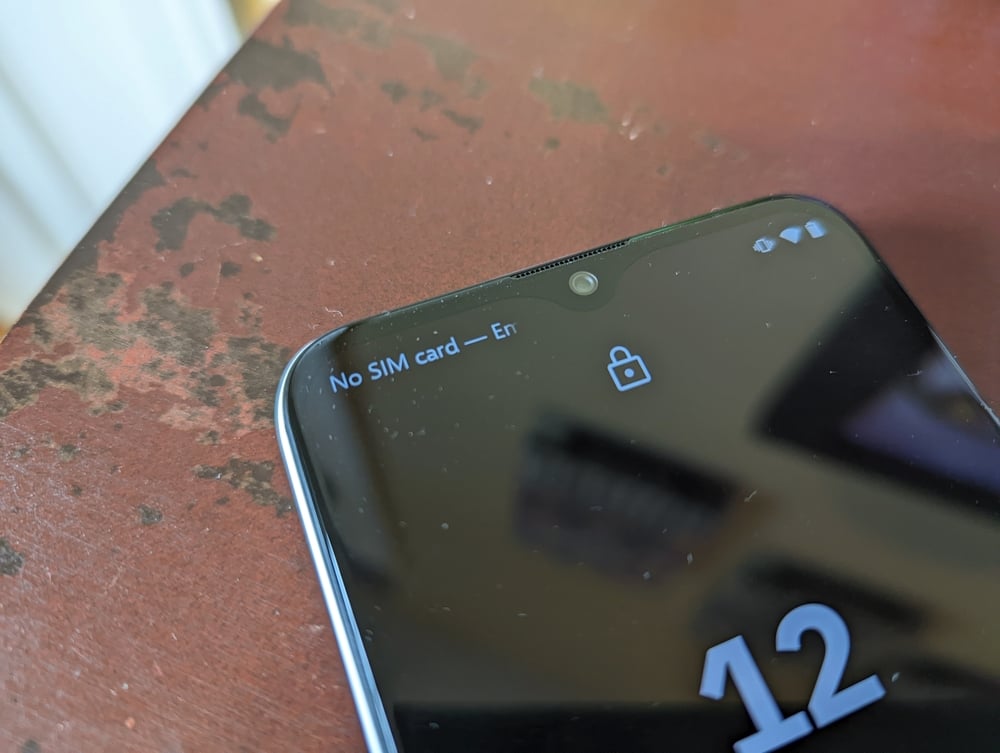 You have an LTE modem capable of most GSM-global bands, but sadly that leaves us Verizon customers out in the cold here. This isn’t rare in these niche phones, but it would be nice to see one take the largest US carrier seriously every once in a while.

Volla has included a unique option with the Volla Phone 22. You can choose either Volla OS or Ubuntu Touch at purchase. For those that may not know, this is the most popular version of desktop Linux used worldwide. A few years back they started a mobile variant that never took off on the commercial level but is still supported as an open-source alternative to the closed worlds of Android and iOS. 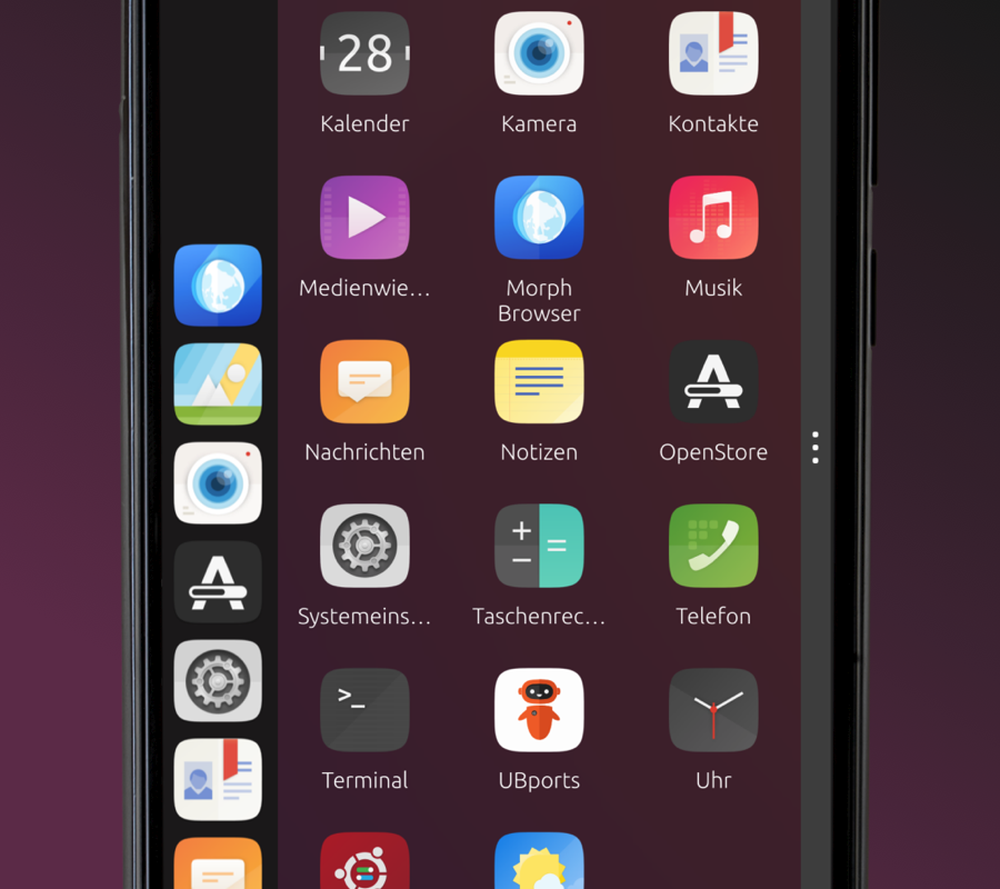 Having Ubuntu Touch available as an alternative isn’t all. The company also supports running a multi-boot process with several other OS options. Sailfish OS, Droidian, and mobile Manjaro are all supported by official or community operating system builds.

But for this review, let’s come back to the official Volla OS. The company has decided to make this super minimalistic and the entire UI revolves around the Springboard. This is essentially the home screen and global search built into one interface.

By simply typing into the main Springboard UI, you can initiate a call to a contact, search the web, make a note, or create a calendar event. Volla has built this paradigm to make it dead simple to get to anything on the phone with just text input. It’s an interesting take that will give you pause to learn.

The other thing is the lack of cloud inclusions in the OS. This is a conscious decision for privacy, but you will need to offload your contacts and calendars from other sources to at least get started on the Volla Phone 22. After the initial setup offline you do have access to Fdroid and Aurora Store for app downloads without the need for Google Apps.

The main camera array can take decent shots with the 48MP shooter. In good lighting they can be even good. Add any disturbance or lackluster lighting and the camera quickly struggles. I’d say most of this is due to the open-source drivers. Great post-processing generally takes proprietary software to pull it all together.

The front-facing is what you expect from a selfie cam. It snaps a decent, quick photo. Nothing more nothing less.

I expected the 4500mAh battery pack to perform well with zero cloud hooks constantly running. I’m happy to report that this is the case in real-world usage. I’m able to comfortably get through a full day and a half with the internal battery before I have to reach for a charger.

Charging is something I also assumed would take a backseat with the removable back and some of the more dated aesthetics, but both USB-C charging and wireless Qi are both onboard. 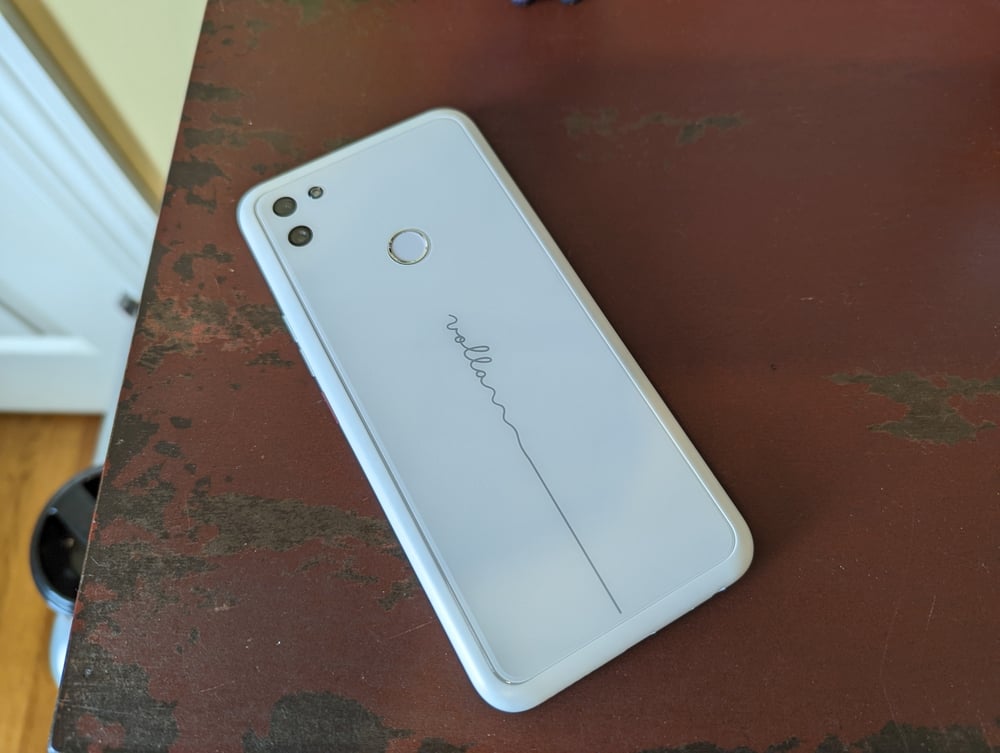 I’m torn on the Volla Phone 22. The Linux nerd in me appreciates the active removal of all things Google and app tracking. However, those things come at the price of convenience and I’m not sure how many real consumers are willing to give up the easy and well-done collection of apps and services standard Google’s Android offers.

Google has built a world of Android users around the simplicity and free-to-use services on its mobile OS. If you’d like to attempt to free yourself from these restrictions and trackers, the Volla Phone is 452 euros or roughly $467 in the United States. The phone can be purchased on the Volla website directly from the store page.