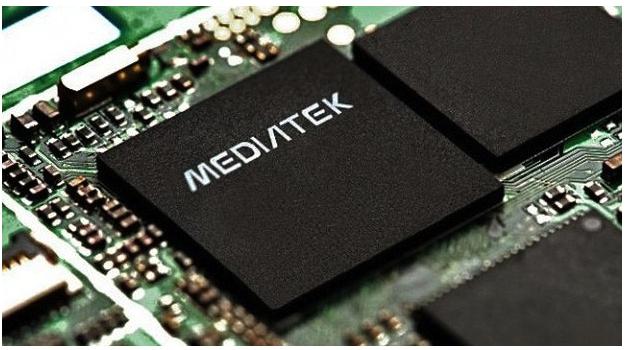 MediaTek. The chipmaker from The East. The midrange and budget king of Asia. What do you think of when you hear the name MediaTek?

If you’re anything like me, your opinion was not exceedingly high. While I do write about phones pretty frequently, I don’t often play around with phones running MediaTek chips. My experience comes with a few of the more inexpensive devices I’ve played with throughout my years.

Those few experiences led me to believe that MediaTek chips ran poorly. When you only see the bottom of the barrel chips running in $100 phones, that might be an understandable position to take. But, as I found out over the last few months, I was dead wrong.

I hooked up with a rep from MediaTek earlier this year and was given three loaner units to try out. I would use one of the phones, put it down for a week or some, come back to another. The three phones I ended up taking a look at were the Oppo F9 Pro, Realme 1 and the Panasonic Eluga X1 Pro.

All of the devices feature the MediaTek Helio P60 processor, 6 GB of RAM and displays north of 6-inches with a 1080p resolution. Both the Panasonic and Oppo devices carry a 16 MP main camera, while the Realme 1 has a 13 MP main shooter. What’s important to remember here is that the MediaTek P60, by anyone’s standards, is a midrange chip. It wasn’t designed to compete against the flagship Qualcomm chips like the Snapdragon 835 and 845. Instead, it goes up against the 600 series.

Now that our expectations are properly set, how did I find my time with the phones? Well, I went into this thinking that there was no way I would enjoy my time, but I really did. Yes, the phones do lag behind flagships, but not by much. And once I really used the phones for extended periods of time, I found no real difference between them and devices running midrange Qualcomm chips.

To say I was surprised by the outcome of this experiment would be an understatement. I expected extremely long loading times and stuttering animations but what I found was a fluid experience and acceptable, if not a bit frustrating, loading times. I wouldn’t say I fell so in love with these devices that I’m telling you to seek them out, but I no longer think that they’re an obstacle to an otherwise solidly spec’ed phone. I think that’s about the highest praise I can give them.

Since the beginning of my time with the devices, MediaTek announced and released a new chipset, the Helio P70. The P70 would rightly be considered an evolution in MediaTek’s midrange lineup. The chips are very similar, with the P70 capable of slightly higher clock speeds that should give phones running the chips a bit of a performance boost. Without a P70 phone in front of me, I can’t say whether the new chip is worth upgrading to if you’re running a P60 phone, but hopefully we can get one of them into the shop soon to see. Right now, I’d be inclined to wait until the more powerful chip we’ve been promised to see sometime in 2019 comes out.

The exciting areas of improvement in the P70 are centered around AI. AI is a buzzword that has been beaten into the ground at this point, but MediaTek did make some pretty serious improvements around the tech. The P70 supports 30% better AI performance, according to the company and allows users to experience better real-time human pose recognition and improvements in AI video encoding for Skype, YouTube, and Facebook video. The P70 also added raw HDR capture, a boost to depth mapping and tools to prevent post-processing of pictures from blowing up whites.

We wish MediaTek had really pushed the envelope and moved past the 12nm manufacturing processes and added now-standard communication protocols like Bluetooth 5.0 (the P70 only supports Bluetooth 4.2), but again, we are talking about a midrange chip. Some corners will have to be cut, but it’s up to you to do decide if they’re corners you really mind. Would you know that a chip only supports Bluetooth 4.2 unless I told you?

The MediaTek story is not cut and dry, but it is a little more clear for me now. I no longer think of them as an also-ran that produces chronically underpowered chips in frustrating devices. Now I know that I can pick up a Helio P60 or P70 device and expect true midrange performance while not breaking the bank.