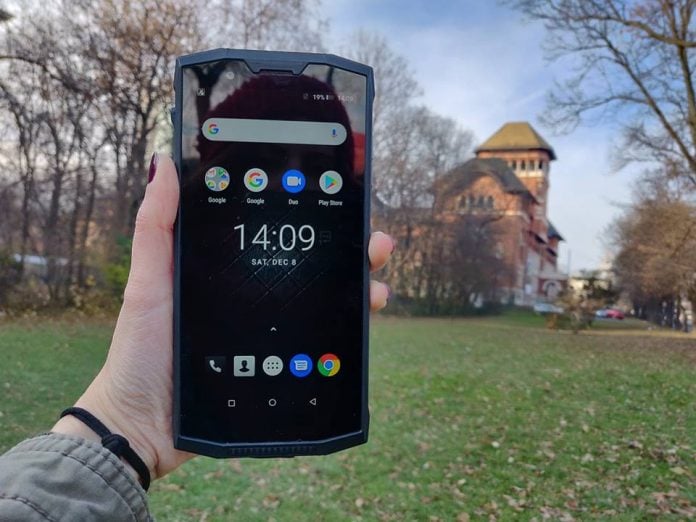 Over the past few years, there’s been a clear trend across the smartphone industry to go thinner, lighter and more compact. If you remember, we were surprised when phones with 10 mm profiles started to emerge, but now 8 mm smartphones are the norm.

So in the era of super skinny smartphones, it’s indeed quite unusual to stumble upon a device with a heavier frame.

The Doogee S80 is one such bulky smartphone, but is by no means the only one currently available on the market. However, there’s a good reason why the S80 is so thick, one that might compensate for it’s less than appealing profile. It houses a monstrous battery.

Most of the times it feels like, in the rush to make phones slimmer or more powerful, Android device makers forget all about battery life. While the modern smartphone has been around for nearly a decade at this point, the length of time you can expect on a charge has remained roughly the same. Best case scenario, you’ll be able to get a full day of use on a single charge.

But Chinese companies like Doogee promise you something more. Case in point, the S80 packs a huge 10,080 mAh battery, which according to the company can offer 1380-hours standby time and 136-hours of talk time.

The Doogee’s impressive battery is the main thing that draws attention to it. But the device isn’t only about the battery. Keep reading below to find out more. 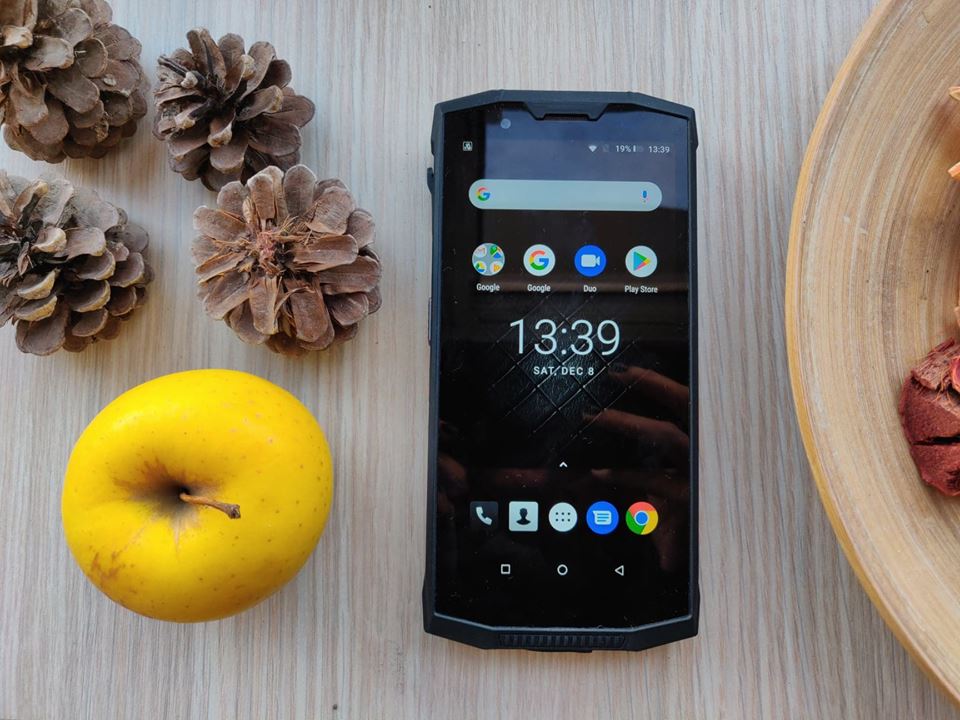 If you’re like us, you’re probably accustomed to holding pretty skinny devices in your hand. While in its promo pictures, the Doogee S80 seems like a relatively sleek device, in reality, it looks and feels pretty much like a brick.

It’s a really thick handset with a 21.2mm frame, that weighs heavily in your hand. It tips the scale at 398g after all. By comparison stylish phones like the Galaxy S9 weight only 163 g and feature an 8.5mm profile.

But if you can look past the bulkiness, the Doogee S80 doesn’t look that bad. The phone has that rugged look phones in this category often do. Made of a combination of glass reinforced plastic, metal and glass, this monster has most of its ports hidden behind protective rubberized inserts to keep dust and water out (it’s IP68 rated). 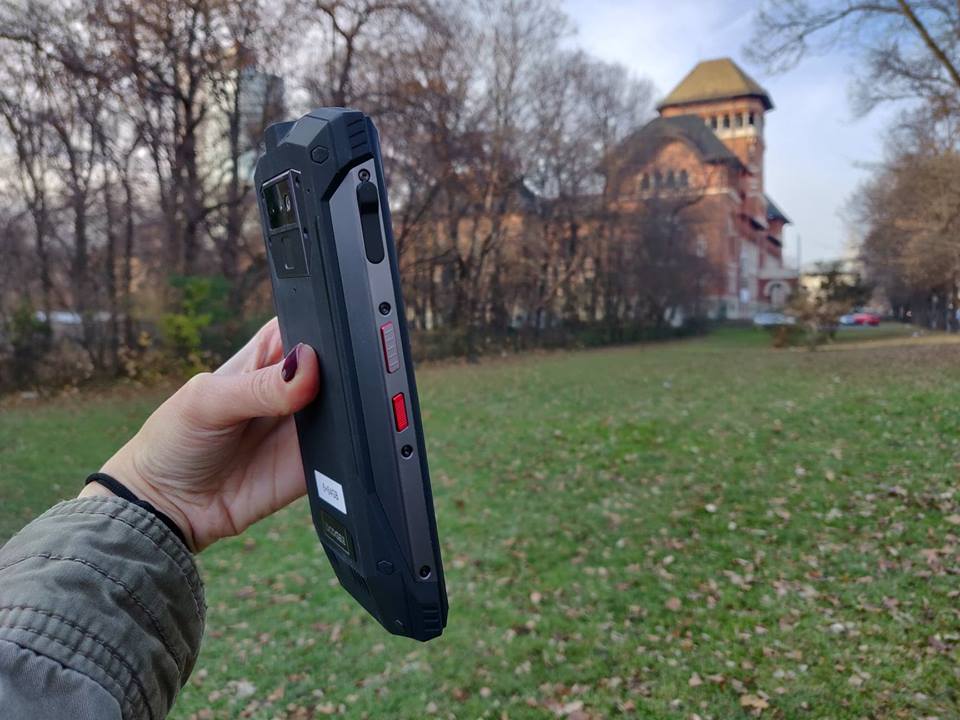 The phone has also been MIL-STD-810G certified, which means that the S80 can survive a drop from up to 8ft on rough concrete with only superficial damage.

The charging Type-C port is at the bottom behind a flap that’s really annoying to open. We had to use a pencil to get it to unlatch.

The power and volume buttons are housed on the right side of the phone. On the left side, lives the SIM tray, which is a hybrid affair, so that means it will be able to take your microSD card slot too.

Turn the S80 around, and you’ll see the centrally arranged dual-camera setup. Beneath, sits the fingerprint scanner – which most of the times works pretty well in unlocking your phone. It’s also perfectly positioned, so your finger can reach it easily and conveniently. 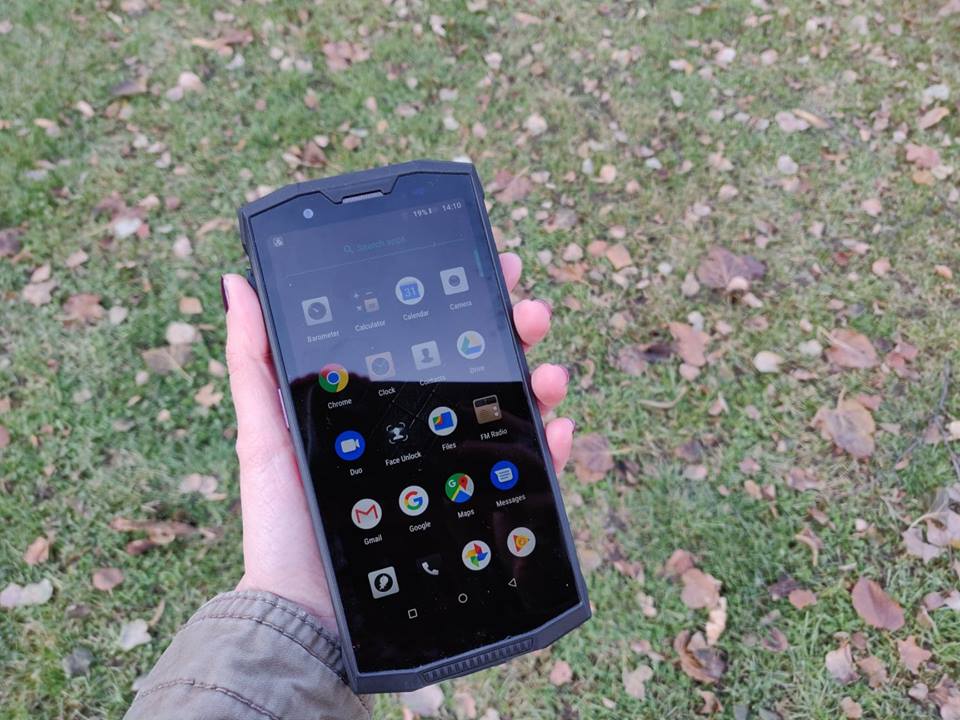 The relatively high resolution makes for detailed reproduction of images and video, where individual pixels are almost impossible to spot.

The display is made by LG and it’s an IPS panel that offers a reasonable color palette and really great viewing angles. Overall, the screen is big and bright and offers all the tools you needed for navigation.

Although it’s not the most attractive-looking phone out there, the Doogee S80 is quite powerful. It’s based on a MediaTek Helio P23 which is an octa-core processor that can run up to 2.5GHz. The phone ships with 6GB of RAM and 64GB of storage on board, which is extendable to 128GB via the microSD card slot.

This setup is able to deliver pretty reliable performance. Opening apps, browsing or switching between apps is a pretty fluid affair on board of the Doogee S80. The phone did have a tendency to slow down once we loaded a demanding game and played a while, but overall we don’t have much to complain about. Sure, there are much faster phones around, but for most uses, the S80 is fast enough.

Where the Doogee S80 excels is in the battery life department. We found that the 10,080 mAh battery could last for up to 7 days on moderate use and around 5 days with more intense usage.

This is indeed superior to most smartphones on the market, who can only provide up to 1 full day of use on a single charge.

Like most smartphones in the market today, the S80 features a dual-camera setup on the back which is comprised of a 12.2MP main sensor and a 5MP secondary one.

Results using the main camera are a mixed bag. In bright daylight, photos turn out quite decent. Although some colors are a bit too bright to look realistic (eg. overly blue sky) Alternatively, in some instances, colors appear to be quite washed out.

The amount of details captured is ok-ish for a mid-range device like this one. In low-lighting scenarios results are what you’d expect, as the camera struggles when the light is not so good. To be fair, at times the camera did surprise us with some pretty great low-light snaps, but most of the time the images turn out to be pretty dull.

At the front sits a 16MP selfie snapper which takes relatively good selfies, albeit they are bit overexposed, even if the sun is not shining brightly in the background. As for selfies taking in low-light environments, they tend to come out looking quite noisy.

Doogee camera app is quite basic with no HDR option or face tracking. You do get a macro mode, and a beauty mode which makes self-portraits look quite fake, so it’s not really our thing. But then again, there are people out there who appreciate this sort of thing.

Given that this is a phone developed for active users who like going on adventures, the S80 comes with a lot of extra tools to help outdoorsy types make out the most of their trip.

The phone features NFC, GPS, a G-sensor, proximity sensor, Coulometer, as well as Barometer. Strangely, it does not have a gyroscope on board.

The Doogee S80 isn’t the only phone out there carrying these sensors, of course, but the inclusion of barometric sensing does stand out. 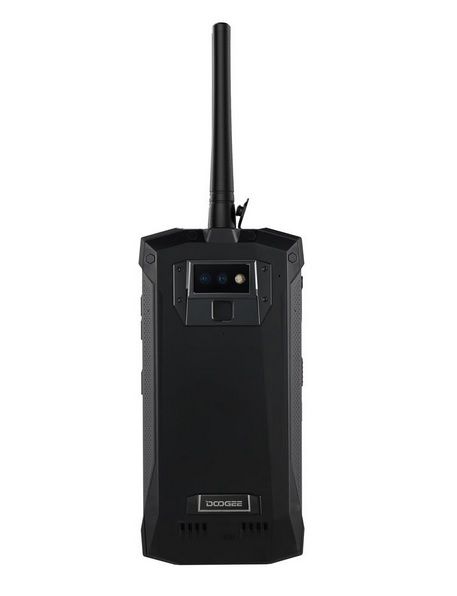 But the phone also offers a truly unique function. It can be turned into a walkie-talkie. The handset takes advantage of DMR or Digital Mobile Radio technology with a wide range of frequencies between 400-480 MHz range and is effective up to distances of 10km.

This function transforms the phone into an outdoor communication device that can work without the need for a network. This is especially practical if you find yourself in remote mountain areas, forests or desert areas.

As intriguing as this option is, we couldn’t give it a go. Because for the walkie-talkie function to work you actually need another DMR device (another S80).

On top of the walkie-talkie mode, we should also point out that Doogee has also taken the measure to include two speakers on board the device with HD sound quality. During out time with the phone, these proved to be some of the loudest speakers we’ve seen on a handset. The sound is super loud and crisp with no noticeable distortion at high volume.

The Doogee S80 runs a stock-like version of Android, which is good news for a lot of people. It’s the older Android 8.1 Oreo which on board of this rugged monster features very few alterations.

The app icons specific to the phone have their own style, but other than that you won’t see too many differences compared to Google’s standard approach.

There are some pre-installed apps which you will find in the Toolbag. These are apps like Pic hanging, Magnifier or SoundMeter.

Hopefully, Doogee has plans to push new updates for the S80 in the near future, but given that our review unit has the outdated August security patch on board, we’re not very optimistic.

The Doogee S80 is currently available for purchase for $349.99 at Banggood. This is a promotional price to celebrate the winter season that shaves 13% off the original $399.99 price.

The Doogee S80 is a phone build for survivalists and explorers. Alternatively, professionals like construction workers or first respondents might make look at this phone as a piece of essential equipment.

But if you’re just like us, a typical urban dweller, then chances are that you might not want to invest almost $400 in a device that’s not very portable and doesn’t look that stylish.

The Doogee S80 is a niche smartphone for people who want and need specific things. Such as long battery life and resistance features. And while indeed, there’s a demand for such things on the market, we’re inclined to think most users will still prefer and opt for the now classic sleek smartphone instead of bulkier options like the S80, despite the benefits.