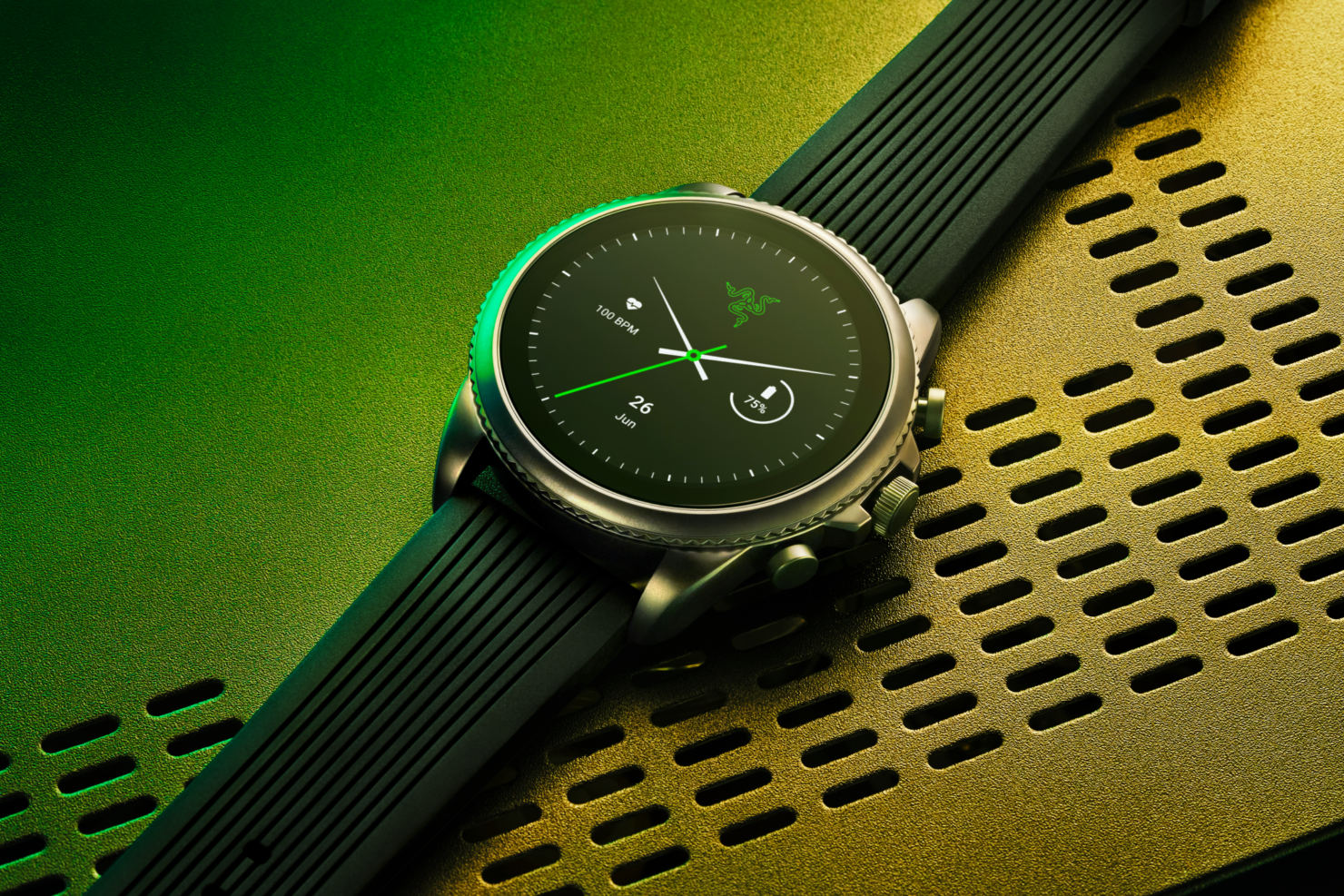 Fossil and Razer on Wednesday announced a limited-edition Gen 6 smartwatch that goes on sale in the next few business days. Priced at $329, it’s essentially a branded approach to the Fossil Gen 6 watch from 2021 that will be offered in a limited quantity.

Called the Razer X Fossil Gen 6, the watch has the gaming brand’s hallmark green and black design with three themed watch faces. The watch, of which there will only be 1,337 offered, comes with a chroma watch face that lets wearers set up a theme that calls to might a Razer keyboard.

The wearable ships with Google’s Wear OS 2 with a promised update to Wear OS 3 somewhere in the middle of the year.

The Gen 6 line of Fossil watches are notable for their ability to charge from zero to 80% in roughly 30 minutes as well as the Qualcomm Snapdragon Wear 4100+ processor.

Features include GPS, a heart rate sensor, a Sp02 blood oxygen sensor, and Bluetooth 5.0 LE connectivity. In terms of performance, the watch houses 1GB RAM and 8GB of storage space, both par for the course in today’s modern wearable.

Other details in the Razer X Fossil Gen 6 include a 44mm stainless steel case with a top ring and pushers, a 1.28-inch touch display, interchangeable straps, and 4-pin magnetic puck charging.

Also on tap for the Gen 6 watch is support for Amazon’s Alexa voice assistant, which Fossil advises should arrive in the near future.