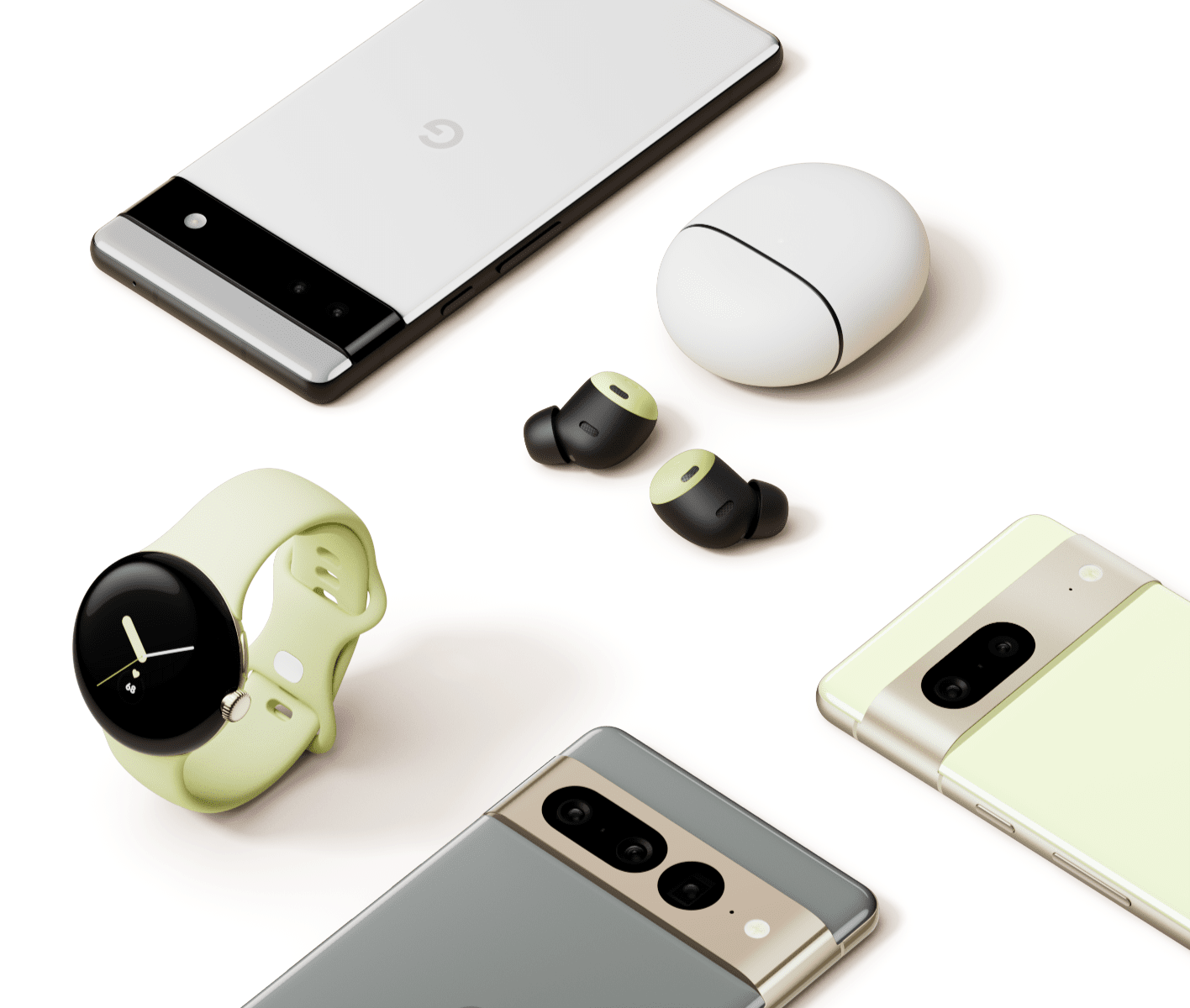 Google, speaking at its annual I/O developer conference, provided the first look at its next-generation handset and its first ever wearable. Indeed, the Pixel 7 series phones and the Pixel Watch will arrive later this fall.

Things are pretty tight-lipped for now, but Google does spill a few details for the mobile phones.

For instance, both the Pixel 7 and 7 Pro will be constructed from 100% recycled aluminum frame. And while it retains much of the same design language as the Pixel 6, the new phones will come with minor changes.

Powered by the “next-generation” of Google’s Tensor chip, the 7 will have two cameras while the 7 Pro offers up three on the rear. From the looks of things we should expect colors similar to the Pixel 6a and other Google products. Thus far we’ve seen pics of white, grey, and a light green color.

The Pixel Watch, which has been rumored for quite some time, has finally been formally recognized. It will be made from recycled stainless steel and have a round design with a rotating crown on the site. Also seen in the same colors as the Pixel 7, its bands figure to come in the same style; they will be interchangeable.

Additionally, we understand that the Pixel Watch will run an improved version of WearOS and integrate a number of Fitbit features. Look for it to offer continuous heart rate monitoring and sleep tracking as well as smart home controls and apps that work independently of a watch.

More information is expected to be released in the coming months ahead of the official launch of both the Pixel 7 series and the Pixel Watch.