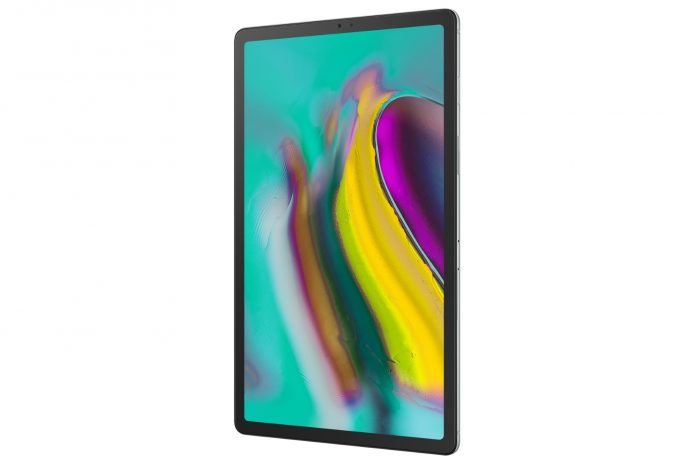 Samsung continues to show they haven’t given up on the tablet market with the announcement of their new midrange Galaxy Tab S5e tablet. The new 10.5-inch tablet shares a striking resemblance to the 2018 iPad Pro but without the high price tag coming in at only $399.

With a starting price of only $399 the Galaxy Tab S5e is clearly aimed at the midrange tablet market. It even shares a similar naming scheme with the Samsung Galaxy S10e which will be the midrange model of the highly anticipated new Galaxy S10 series.

The display is a gorgeous Super AMOLED 10.5-inch screen in the 16:10 format with slim bezels offering 81.8% screen to body ratio. While the four AKG made speakers will feature Dolby Atmos sound making it perfect for consuming media. There is even a four month trial to YouTube Premium and three month trial to Spotify Premium included for new users.

With all that media you’ll be happy to hear Samsung squeezed a 7040mAh battery inside of the Tab S5e. Between the large battery, Snapdragon 670, and the 10.5-inch Super AMOLED screen Samsung promises up to a whopping 14.5 hours of battery life.

The Tab S5e is also the first tablet to come with Bixby 2.0 and it has Dex support when used with the keyboard dock that is sold separately. However, there will be an included USB-C headphone dongle as the Galaxy Tab S5e does not feature a 3.5mm headphone jack.

As of now, the Samsung Galaxy Tab S5e is expected in the second quarter of 2019 at a starting price of $399. It will launch in the US, Germany, and other countries in three different colors including Black, Gold, and Silver.