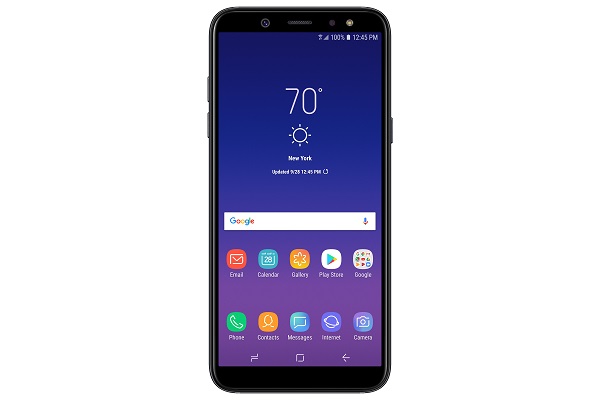 Samsung is expanding its mid-range lineup in the US with two new products this week. The company has announced it will soon start offering the Galaxy A6 smartphone and Galaxy Tab A 10.5 in the country.

Don’t have the funds for a Galaxy Note 9 or Galaxy S9? You now have the option to grab the Galaxy A6, a relatively affordable handset that packs some decent features.

Starting off, the device features a 5.6-inch Super AMOLED display with an 18:9 aspect ratio. It relies on an Exynos 7884 processor backed up by 3GB of RAM and 32GB of internal storage. There’s also a microSD card slot on board that lets users expand memory up to 400MB.

The Galaxy A6 features two 16-megapixel snappers, one on the front and one on the back. The camera also offers a smarter way to use the phone thanks to Bixby. Users will be able to do things like shop for something they see or translate a piece of text just by pointing the phone at it. 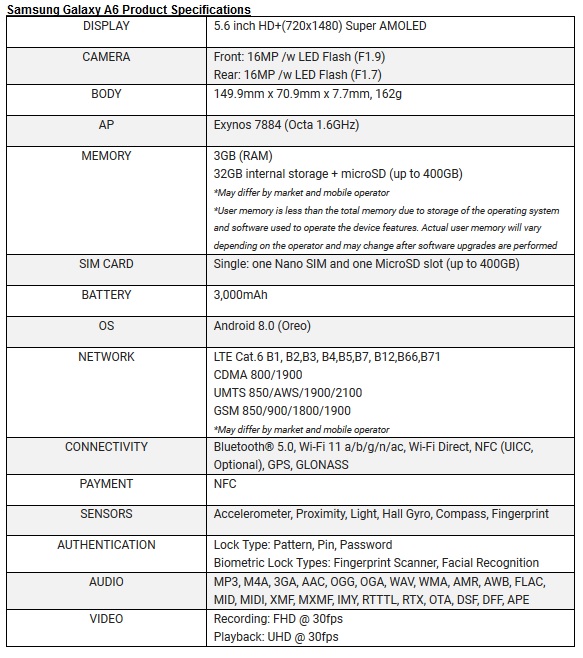 Next up we have the Galaxy Tab A 10.5 which is a tablet built for entertainment. With this purpose in mind, Samsung has outfitted it with a spacious 10.5-inch display with 16:10 aspect ratio. The slate also benefits from the presence of quad speakers and Dolby Atmos sound.

Parents can also use Samsung Kids to set limitations on how much time kids spent with the tablet. What’s more, the service includes curated content including games, books and videos for children aged between 3-12 years old. Samsung Kids is free for 30 days, after which users will need to pay a subscription. 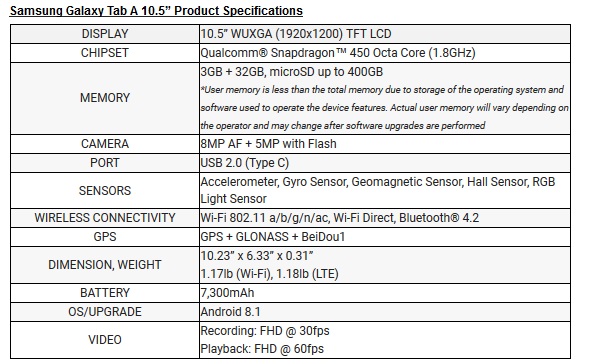 The Wi-Fi version of the Galaxy Tab A 10.5 will go on sale on September 14 for $329.99 at Amazon, Samsung.com, Walmart and Walmart.com. As for the LTE model is will become available at Verizon and Sprint later this year.