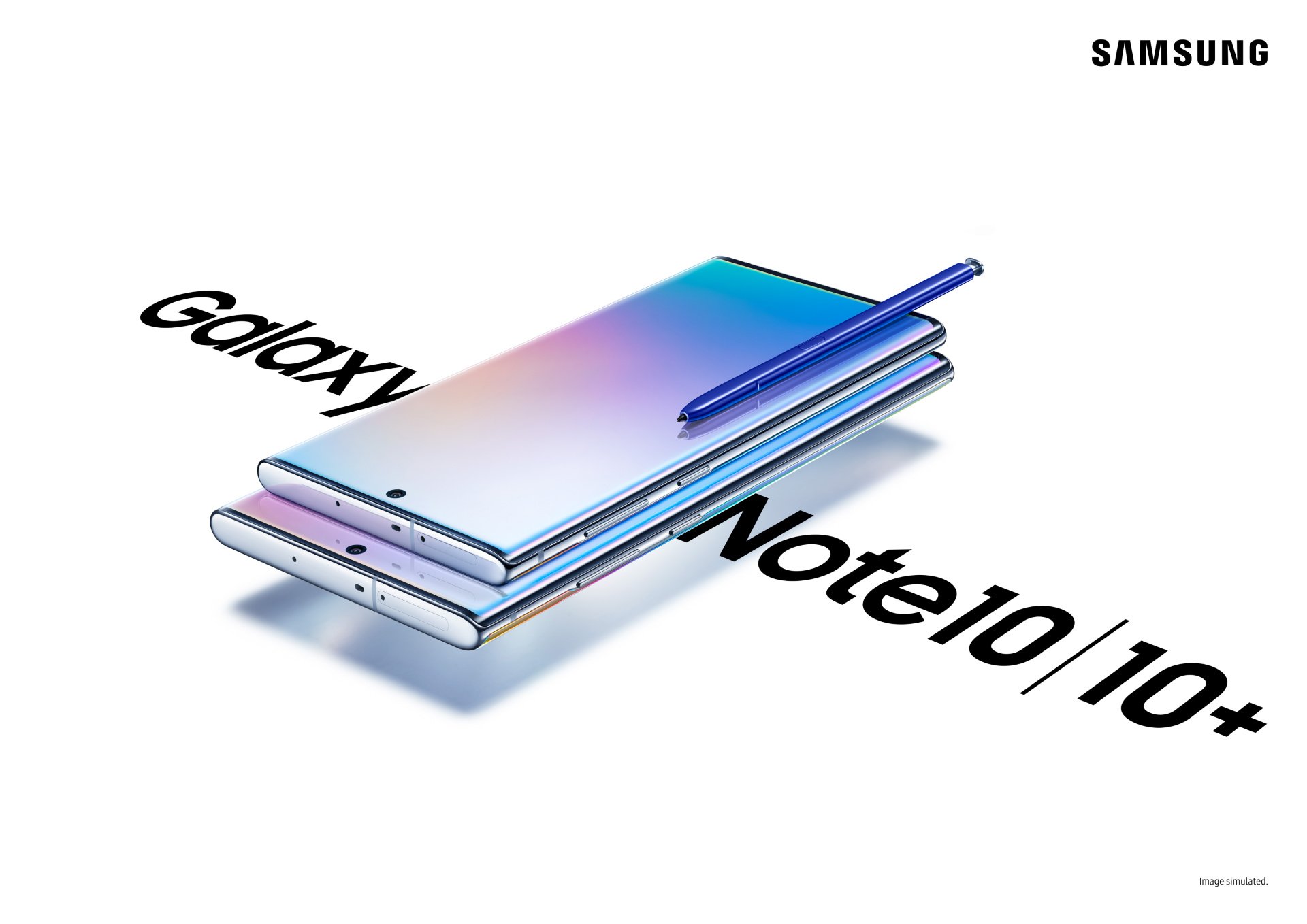 Samsung’s back with its latest big thing, on Wednesday announcing its Galaxy Note 10 smartphone. Powered by Android 9 Pie, it’s packed full of powerful hardware and boasts an improved digital stylus experience. Sounds familiar, right? That’s because this is what Samsung does every year about this time.

Actually, before going further, let’s back up a moment. For 2019 we’re not just talking about one model of Note. No, this time around it’s multiple models, the Galaxy Note 10, Galaxy Note 10+, and a 5G-ready version of the Note 10+. And that’s not counting the different memory and storage options.

Yes, it’s similar to what Samsung did with its Galaxy S line this year, spreading things out a little bit, giving consumers more choice. Essentially it’s two sizes to choose from, but there’s more than just different screens.

For those who care most about the hardware specifications, the Samsung Galaxy Note 10 is the sort of device that garners attention. Thanks to its octa-core 2.7GHz processor, the phone is going to hum whether it’s games, emails, recording high-def videos, or dabbling in the desktop-like experience that is Samsung DeX.

To enhance things, and really add to the performance, the Galaxy Note 10 comes with 8GB RAM with 256GB storage. The 5G variant has 12GB RAM and is also supported by 256GB worth of internal space.

As for the Galaxy Note 10+, well it comes in two storage capacities: 256GB and 512GB. Both, though, boast an incredibly generous 12GB RAM. Oh, and it also packs a microSD expansion card slot for up to 1TB of external media.

How big is the Samsung Galaxy Note 10? At 6.3-inches it’s actually smaller than what Samsung puts in its Galaxy S10+. Nevertheless, it’s an AMOLED display with 2280 x 1080 pixel resolution.

The Galaxy Note 10+, meanwhile, comes with a downright massive 6.8-inch display with resolution pushed up to 3040 x 1440 pixels.

Similar to what we’ve seen in its Galaxy S10 line, Samsung employs multiple sensors for a tremendous shooting experience. Here we have a triple-lens configuration comprised of a 12-megapixel lens with variable aperture, a 16-megapixel ultra-wide-angle lens, and a 12-megapixel telephoto zoom lens.

Also present across the board are optical image stabilization, tracking autofocus, and up to 10X digital zoom. Moreover, the phones house an array of shooting modes and AI smarts. Around front, all models have the same 10-megapixel selfie camera with 80 degree field of view and a F2.2 aperture.

The Samsung Galaxy Note 10 has a 3500mAh battery while the larger Note 10+ squeezes in a 4300mAh power source. All versions have super fast charging capabilities and support fast wireless charging, too. And, similar to the Galaxy S10 line, it has Wireless PowerShare, meaning you can use the phones to charge other devices, such as Samsung’s earbuds.

It wouldn’t be a Note line with the S Pen digital stylus. To that end, this year’s approach gets even smarter and more powerful.

With up to 10 hours of usage on a single charge, it houses a 6-axis sensor and can be used for taking photos, zooming in and out, switching cameras, and controlling volume. Of course it also does note taking, messages, AR doodling, translating, and screen-off memos.

The Samsung Galaxy Note 10, and the Galaxy Note 10+ will be widely available starting from August 23 with prices starting at $950 and $1100, respectively.

Retailer are also ready to sell you one with Amazon, Best Buy, Costco, Sam’s Club, Target, Walmart, Samsung.com and the Shop Samsung app will also carry the Galaxy Note 10 and Galaxy Note 10+.

The Galaxy Note 10+ 5G will be available exclusively through Verizon Wireless for a limited time. AT&T, Sprint and T-Mobile will launch their models at a later date.