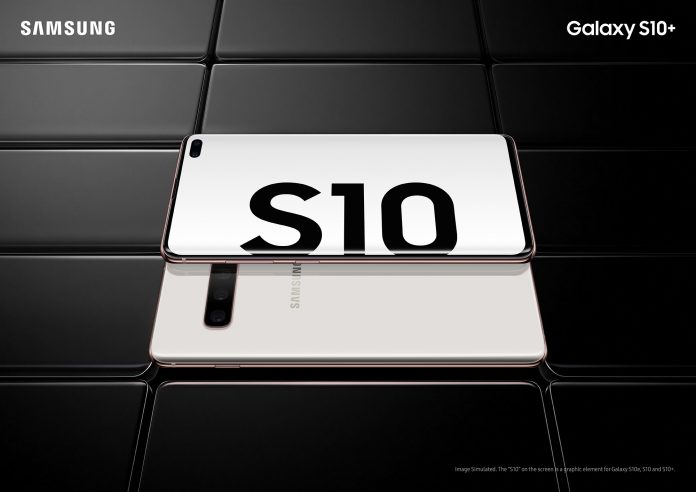 As if we were to expect anything else today, Samsung officially debuted its Galaxy S10 line of phones. The 2019 family isn’t just a standard model and a plus version, either. No, this time around we get four models to choose from. Indeed, Samsung has doubled down on its flagship device.

While the past few years saw the Galaxy S and Galaxy S Plus, this year gives way to the Galaxy S10e, and a Galaxy S10 5G. The former is a smaller, cheaper take on the experience while the latter is larger than the S10 Plus and offers support for 5G.

All models of the Galaxy S10 include the Snapdragon 855 processor and feature a new “Dynamic” AMOLED display with hole-in design. There’s no “notch” here as the screen completely envelopes the front-facing camera. What’s more, the Infinity-O Display has a number of sensors in the hole-in display. 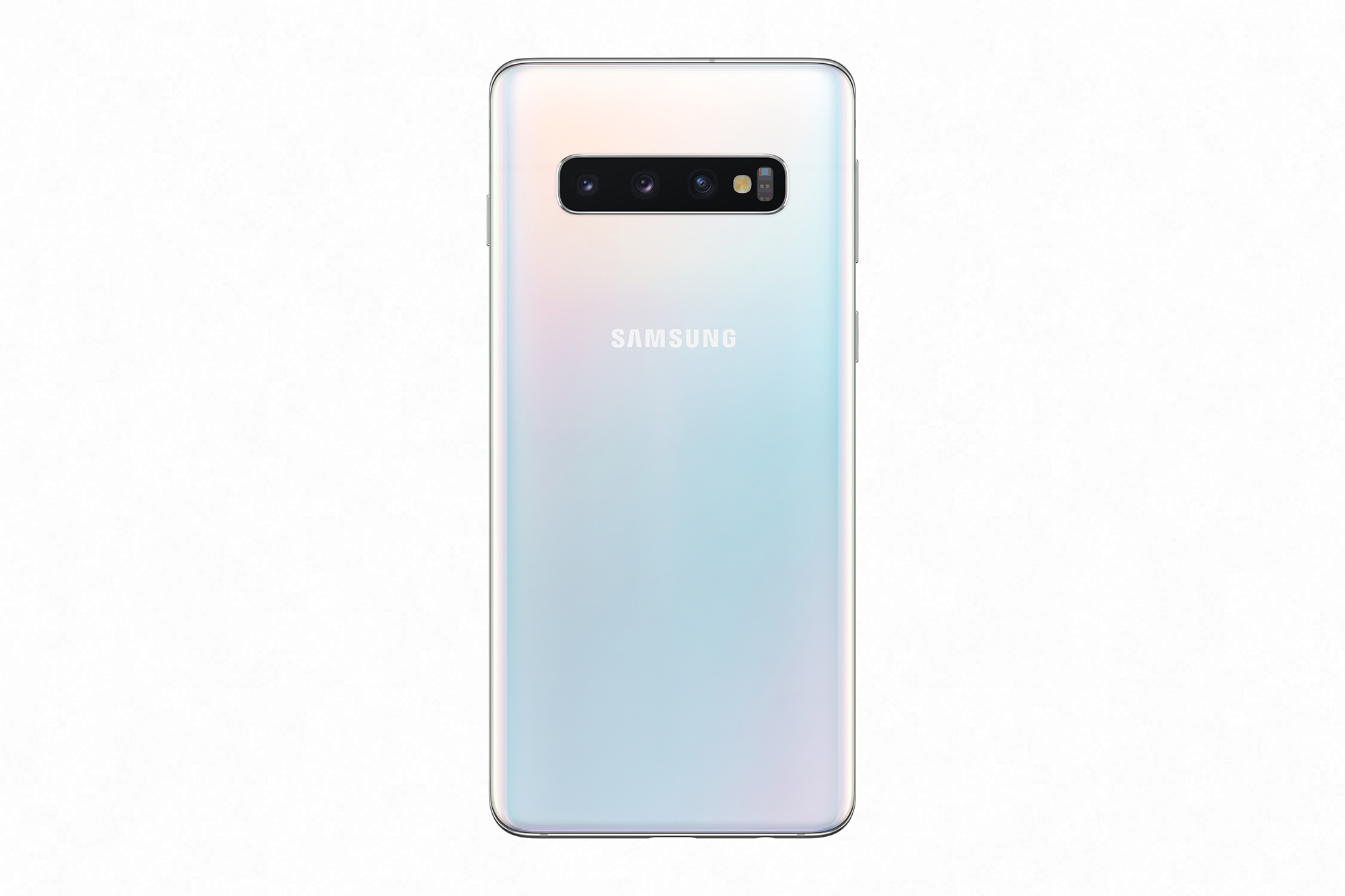 Also includes with each of the Galaxy S10 phones is two-way wireless charging which lets one use the phone to charge up other phones or accessories. One accessory which Samsung is happy to recommend is its Galaxy Buds.

Each of the Galaxy S10 handsets include Fast Wireless Charging 2.0 technology as well as IP68 water and dust resistance. Additionally, they all come with at least two rear cameras, and in some cases, up to four.

All versions of the phone run Android 9 Pie with Samsung’s custom “One UI” on top. Rolling out to the Galaxy S9 line now, it’s a lean and clean approach that simplifies things with bigger icons.

Let’s take a look at some of the differences in the four models. 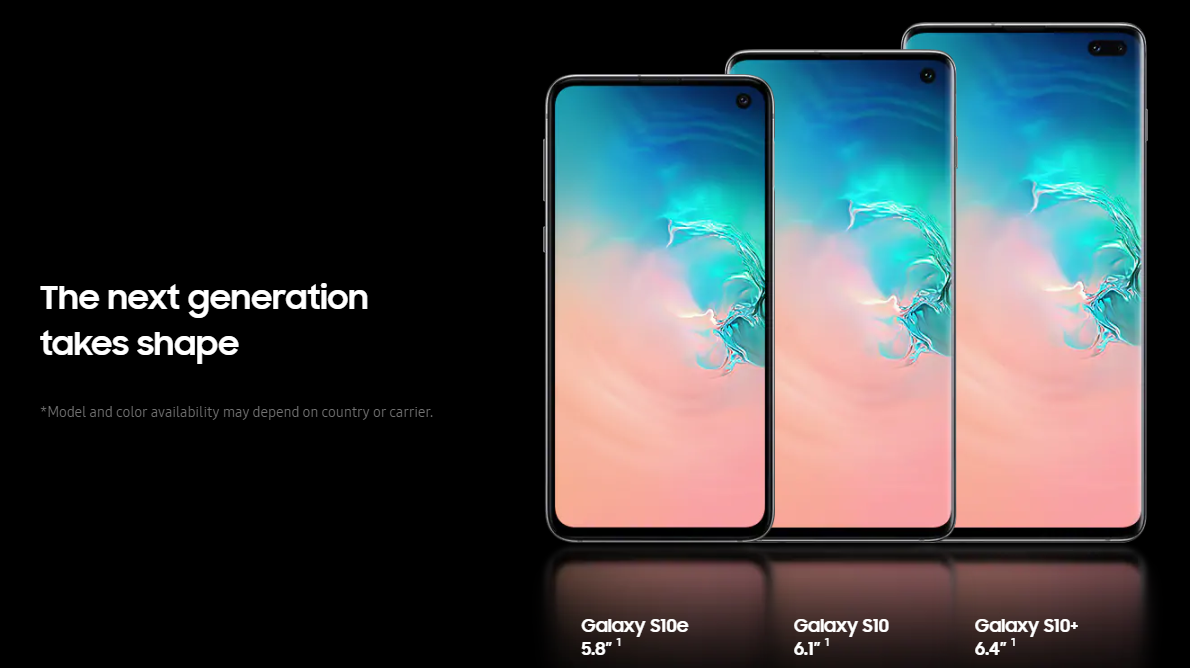 Considered the standard-bearer, the Galaxy S10 offers up a 6.1-inch display with thin bezels and a curved, compact frame. Moreover, it houses an ultra-sonic in-screen fingerprint scanner.

Sleek and sexy is the name of the game here but that doesn’t mean it’s fragile. The front side includes Gorilla Glass 6 while the back has Gorilla Glass 5.

As the first phone certified with Samsung’s HDR10+ (similar to Dolby Vision), it provides users with the darkest darks and the brightest brights. 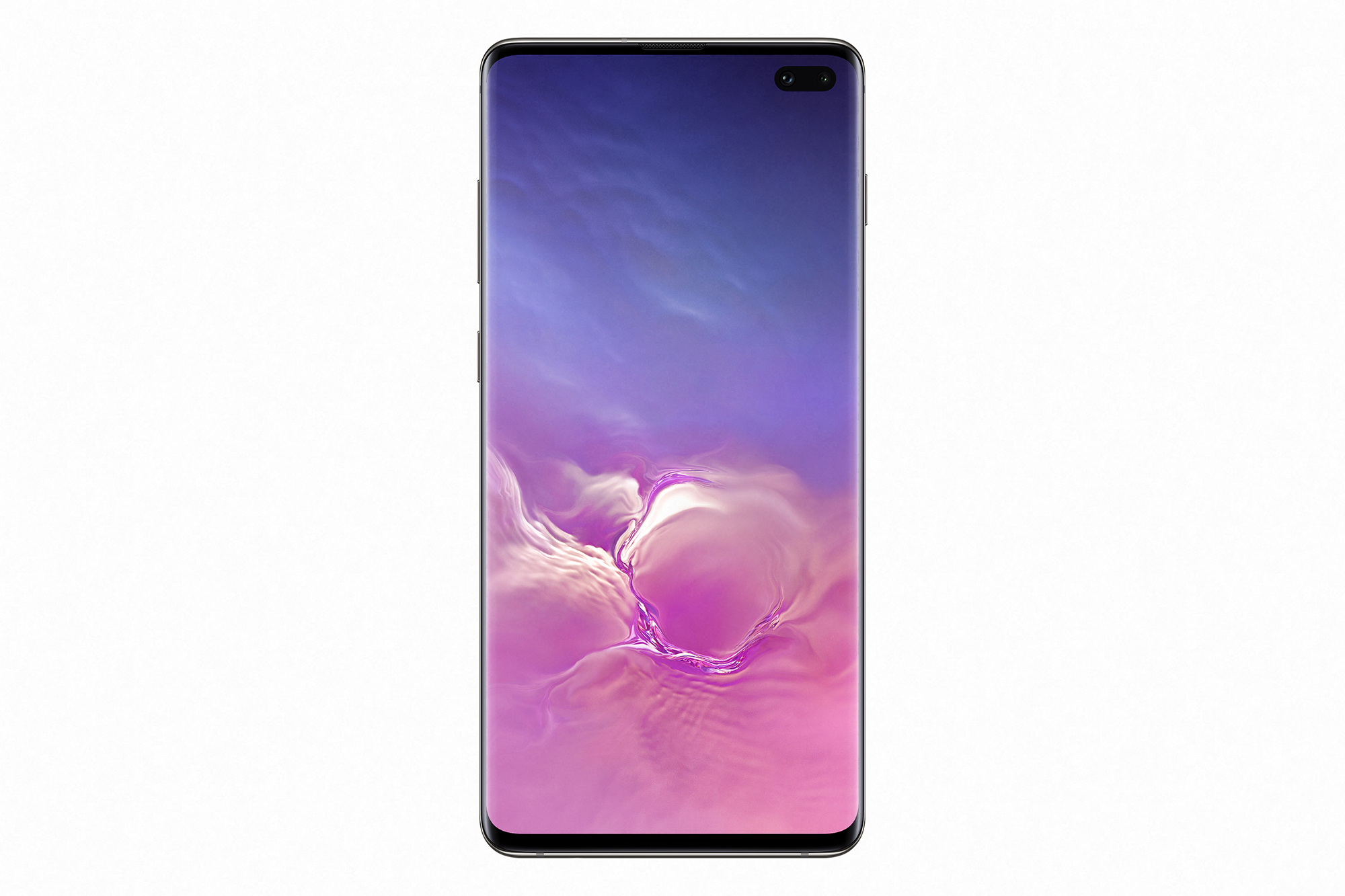 Around front we locate a 10-megapixel camera with dual aperture. This lets the phone automatically let in more light when you’re in an environment with low lighting.

The Galaxy S10 is sold in 128GB and 512GB storage options, each of which come with 8GB RAM. A microSD expansion card slot allows for up to 512GB of extra space; the battery capacity weights in at 3,400mAh. Pricing starts at $900 for the handset.

The most budget-friendly approach to the Galaxy models in 2019, this one has OnePlus, Apple, and Google in its crosshairs. Priced as low as $750, it gives users a 5.8-inch display, two rear cameras, and a front-facing 10-megapixel selfie camera. 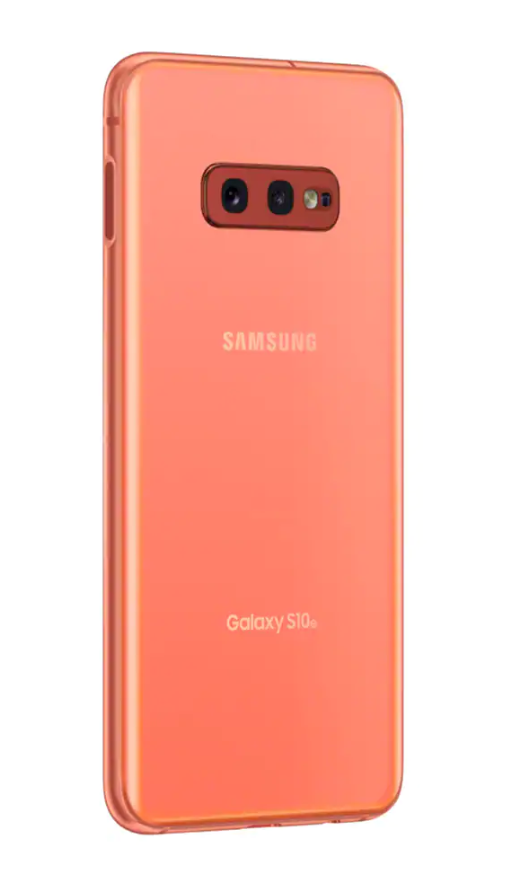 The Galaxy S10e has a flattened feel to it and doesn’t have the curved edges found in other Samsung devices. The fingerprint reader, for its part, is located in the power button on the right side of the phone.

The battery is smaller than what’s found in its S10 siblings, but is still beefy at 3,100mAh. Storage options include 128GB with 6GB RAM or 256GB with 8GB RAM. As for the processor, it packs the same Snapdragon 855 chip that powers the other S10 models. In other words, it’s everything you need in a phone this year and won’t set you back a thousand bucks.

What does one expect in a “Plus” version? Bigger, right? That’s part of what you get in the Galaxy S10 Plus; however, there’s more to the story.

The screen size is a smidge larger at 6.4-inches and the battery is punched up to 4,100mAh.

Similar to the Galaxy S10, the phone packs three cameras on the back of the S10 Plus. But, around front we pick up a secondary camera (8-megapixel) to help in depth-mode portraits. 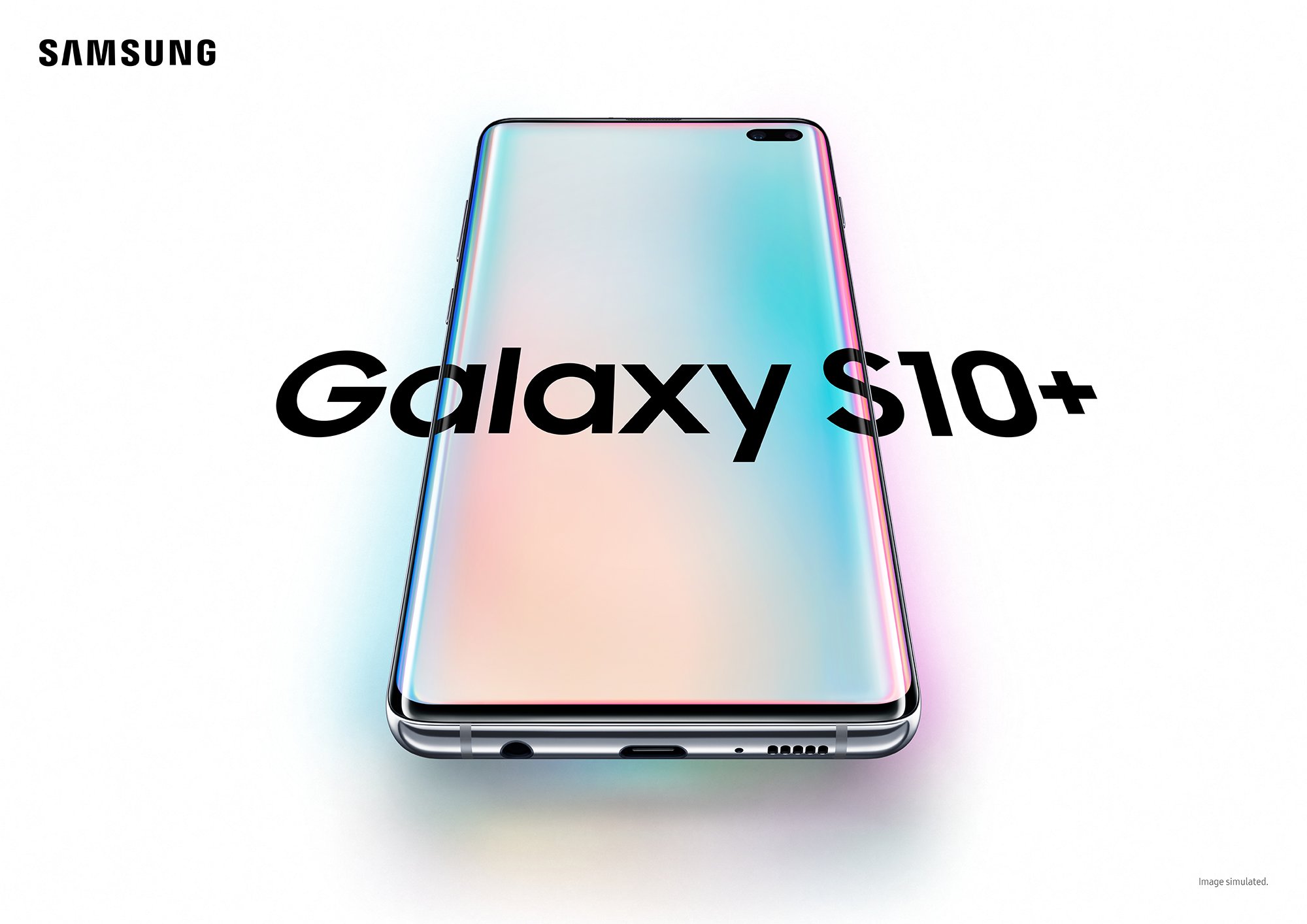 Storage clocks in at 128GB, 512GB, and a full-on terabyte (1TB) in the Galaxy S10 Plus. Further, going that route also nets you more memory with the phone chugging along with 12GB RAM. Yes, it rivals the laptop you’re using.

Another key difference in the S10 Plus is that it a a ceramic backing option in black and white. You’ll have to spring for the 512GB and 1TB models if you want it, but doing so should help with drops.

Pricing on this phone has not been announced but we suspect it will run far more than $1,000 for the experience. Rumors leading up to the announcement put it anywhere from about $1,300 up to $1,700. 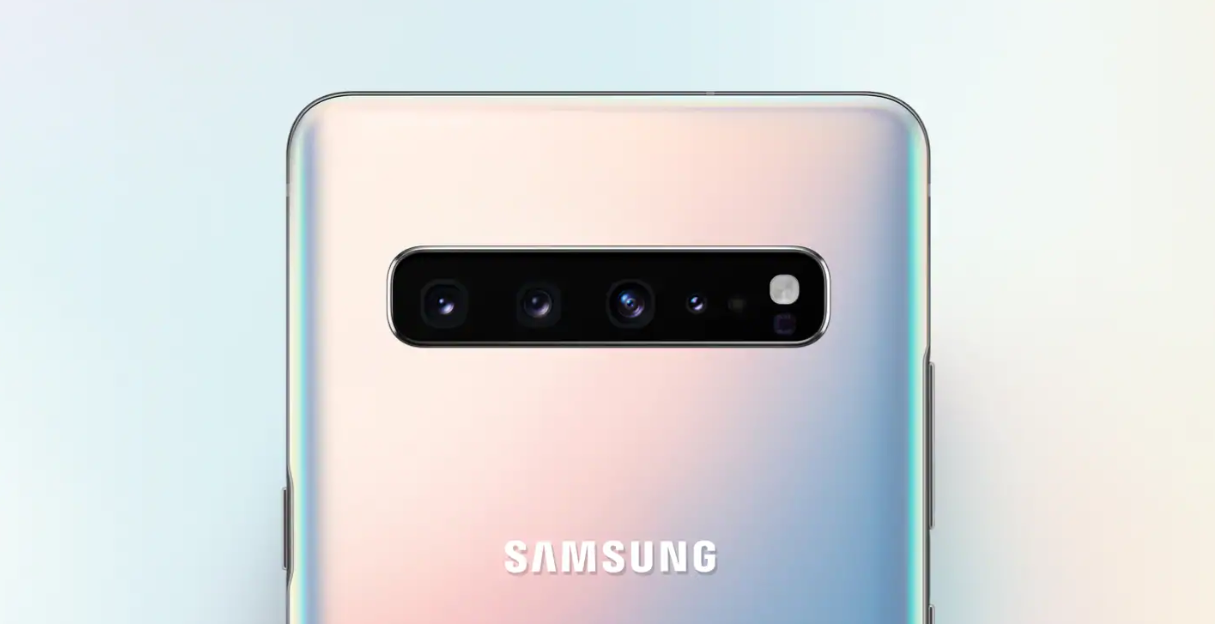 Samsung stopped short of providing the full list of specifications on the S10 5G but did spill a few proverbial beans. Key among them is a 6.7-inch display and 4,500mAh battery with Super Fast Charging at 25W.

Because three rear cameras isn’t enough for early adopters and bleeding-edge users, the S10 5G comes with four. The 3D Depth Camera will be used for AR and cool photo tricks.

Storage and memory here is listed at 256GB with 8GB RAM, respectively. There’s no microSD expansion card slot, though; Samsung had to make room for the 5G tech.

Verizon will launch as the first carrier to support the Galaxy S10 5G but other wireless providers (AT&T, Sprint, T-Mobile and Xfinity Mobile) will follow after a period of exclusivity. Look for it to touch down in the second quarter of the year.

Consumers who pre-order a Galaxy S10 or Galaxy S10 Plus before March 7, 2019 will receive a free set of Galaxy Buds ($129.99 value). What’s more, consumers who trade-in an eligible device on Samsung.com or through the Shop Samsung app can get up to $550. Both promotions are for a limited time and only while supplies last.