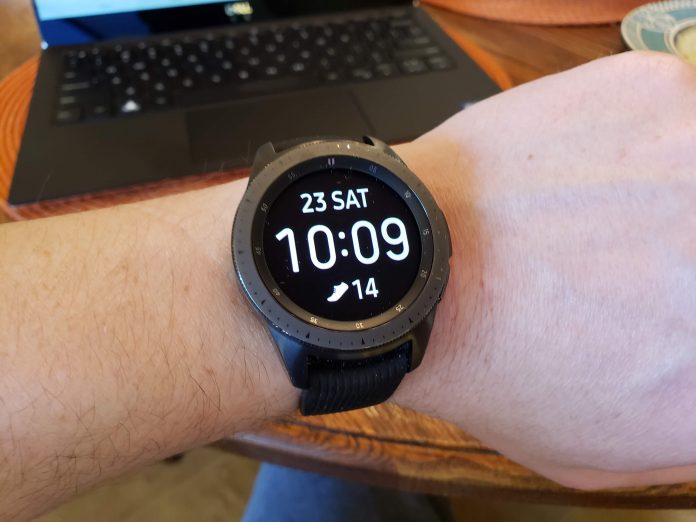 Earlier this week, we reported how Samsung is expected to launch some new phones in August, including the Galaxy S21 FE, Galaxy Z Fold 3, and Galaxy Z Flip 3. Now, it appears the roster is growing even further with a report out of South Korea claiming that the Galaxy Watch 4 and Galaxy Watch Active 4 will also make an appearance.

It would surely be quite the packed event for Samsung to launch all of those products in August, and we are so ready for it. Especially for the new Galaxy wearables, which have been rumored to be making the switch to Wear OS this year.

The switch to Wear OS is a long time coming, because Samsung hasn’t produced a wearable running Google’s OS in over seven years now. The last one was the Galaxy Gear back in 2013, after which Samsung made the full switch to its own in-house Linux-based OS Tizen.

The switch to Wear OS is a bit odd after Samsung’s dedication to improving Tizen for wearables over the years. Without a doubt, Samsung produces one of the best smartwatches, and Wear OS typically lags behind in battery life and features.

However, both companies stand to benefit from this switch. Samsung will gain access to all of the apps on the Play Store, some of which have never been ported over to Tizen. While Google’s Wear OS platform will surely gain an influx of new users thanks to Samsung’s premium hardware and brand awareness.

Hopefully, that can motivate Google to finally give the outdated Wear OS platform some love. With Google I/O 2021 on the way, Wear OS fans are all on the edge of their seats to see what Google may announce to revitalize our smartwatches.

Then there are also the rumors surrounding the wearables featuring blood glucose monitoring. First, we had a rumor from South Korean news outlet ET News that the new Galaxy Watch would include the feature. Now, a different South Korean news source claims the smartwatches will launch without it.

At this point, they are both rumors, and either of them could be true. It’s also possible the Galaxy Watch could launch with the sensors in the device, which could later be activated with a software update, once receiving approval from the right regulatory boards. We’ve seen this happen before with previous wearables.

For now, only time will tell. Just don’t get too excited about managing your diabetes with Samsung’s latest smartwatch until we see what happens at its August event.