Bowers & Wilkins is a premium audio brand renowned for high-quality sound and style, so when they entered the true wireless earbud market with the PI7, my interest was piqued. Thankfully, the brand sent us out a pair for review, and now I can share my impressions after living with them for the past few weeks. 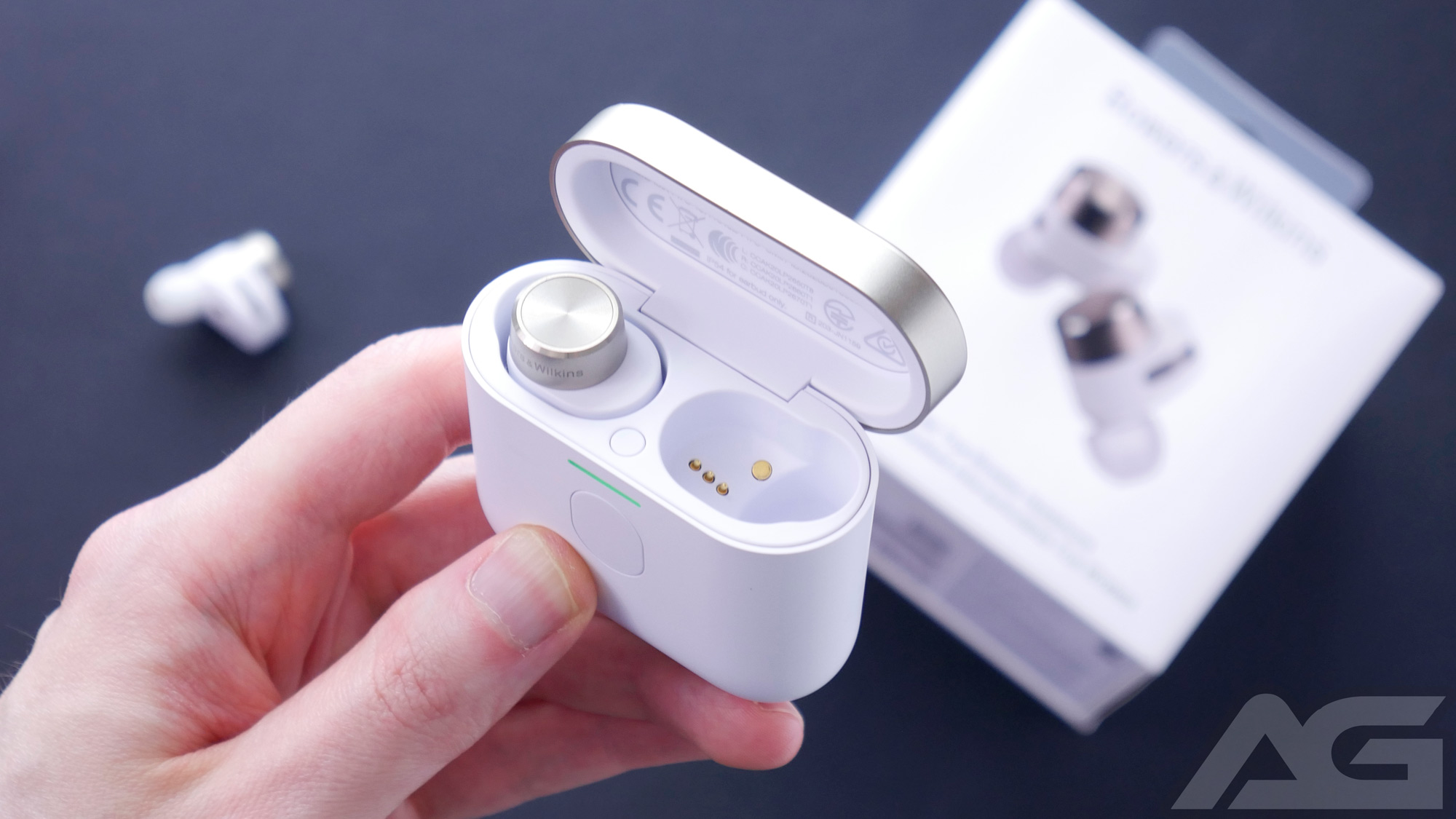 Due to the minuscule size of true wireless buds, there isn’t much you can do with this form factor. Regardless, Bowers & Wilkins has come up with a design that is uniquely its own.

The two-tone buds come in white or charcoal and look great whether they are in the case or out of it. When it comes to controlling the PI7, B&W has incorporated touch-sensitive buttons which are easy to use without accidentally triggering them.

The charging case is a little large when compared to the recent competition, but it’s still pretty compact and lightweight. Basically, you won’t have any trouble fitting these into your pocket and they won’t weigh you down. 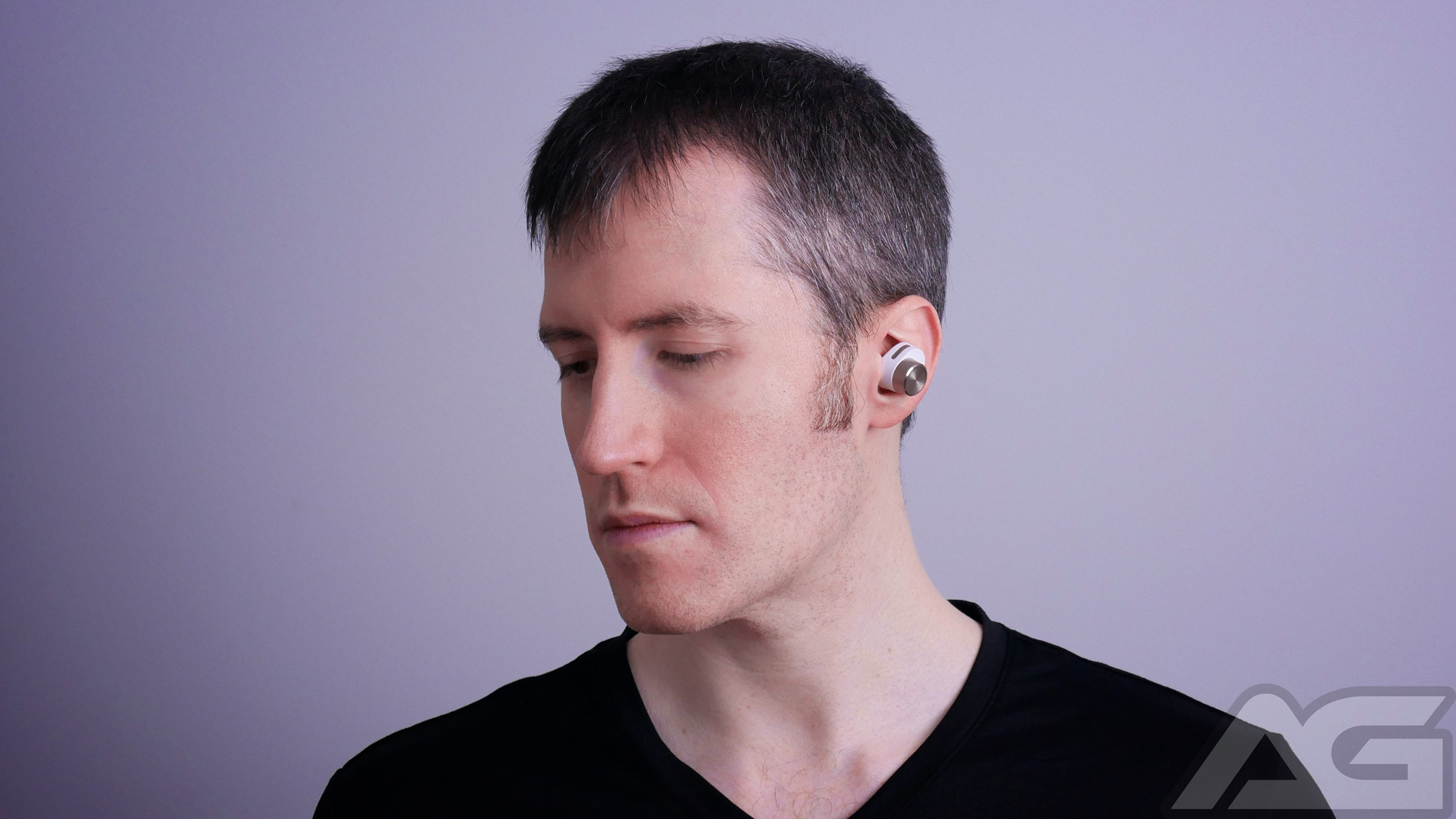 The B&W PI7 comes with a set of three silicone tips and for what they cost, I wish they also included Comply foam tips like other luxury earbuds. As I’ve noted in previous reviews, I have smaller than average ear canals. I was still able to find a comfortable fit with the included tips, although, I wouldn’t have complained had they included some smaller ear tips.

That would have made it easier for me to wear them for hours on end. Instead, I experienced feeling some ear fatigue after about an hour or so of listening.

Controlling music playback with the PI7 was easy thanks to the touch-sensitive controls. With a series of taps you can play, pause, or skip forwards or backward when listening to music. Long-pressing the touch-sensitive buttons will also activate a voice assistant or enable active noise cancellation.

Another way the PI7 makes controlling your music easy is with a sensor that pauses playback when you remove a bud from your ear and resumes once you place it back in.

These are not Google Assistant-enabled headphones, meaning you won’t be able to hear the response from Assistant or your notifications. 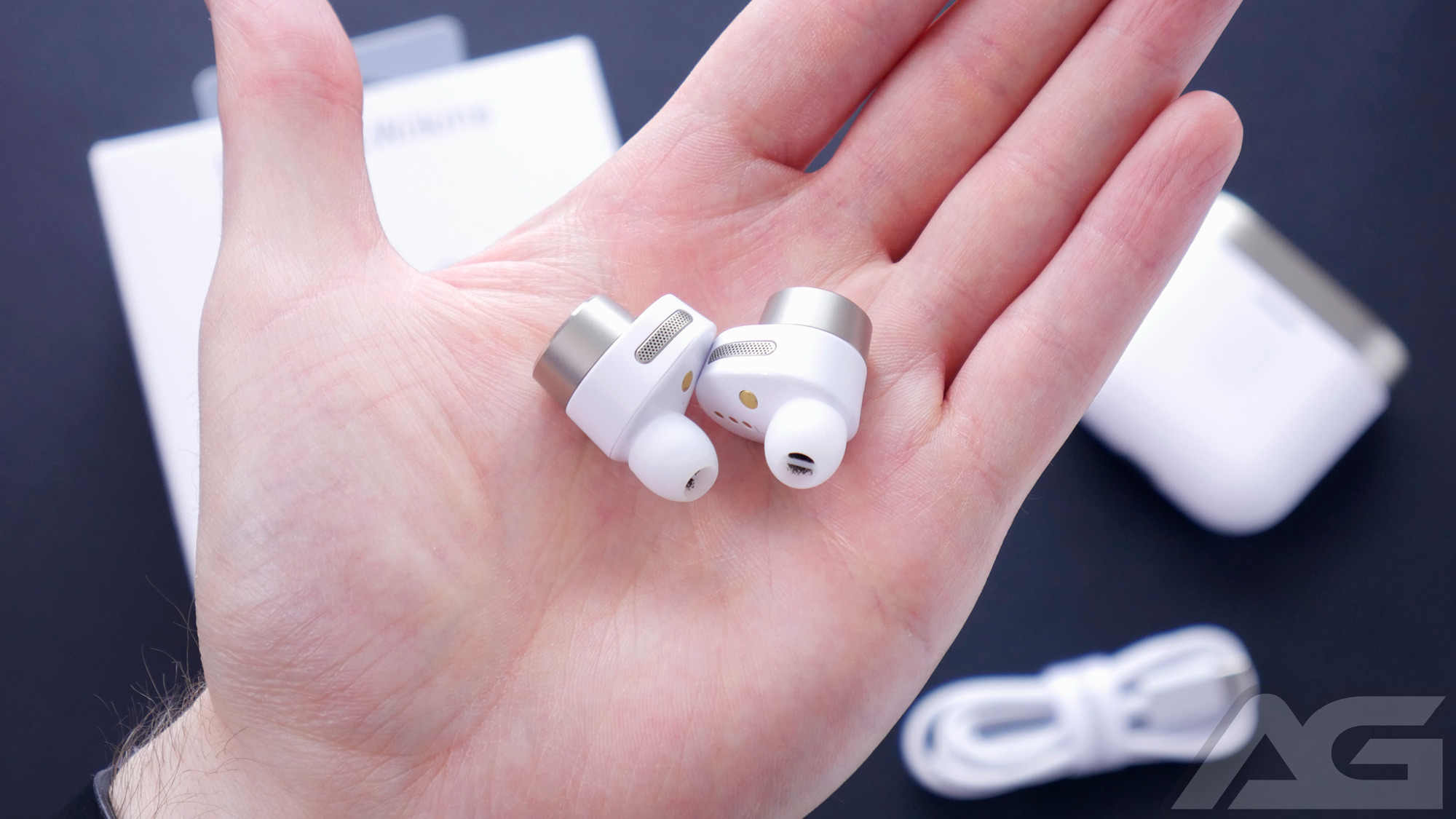 Despite the controls working well, I found transparency mode was missing. This is one of the most valuable features of many newer headphones that allows you to have a quick conversation without removing the buds from your ears.

Many other brands include a way to activate this from the headphones themselves, but not so with the PI7. Instead, the manual directs you to use the app when you need transparency mode. It may seem like a minor complaint, but it does become very tedious when you just want to have a quick word with someone.

One last feature the B&W PI7 boasts is the ability for the case to act as a Bluetooth transmitter. This is one of the most unique features I’ve ever come across on a pair of true wireless earbuds, and it allows you to add a Bluetooth connection to analog devices.

For this, I reached for the closest device I had on hand without Bluetooth, which in this case, is the Nintendo Switch. Getting the Bluetooth retransmission to function was a frustrating half-hour, but somehow I finally got the buds to connect. 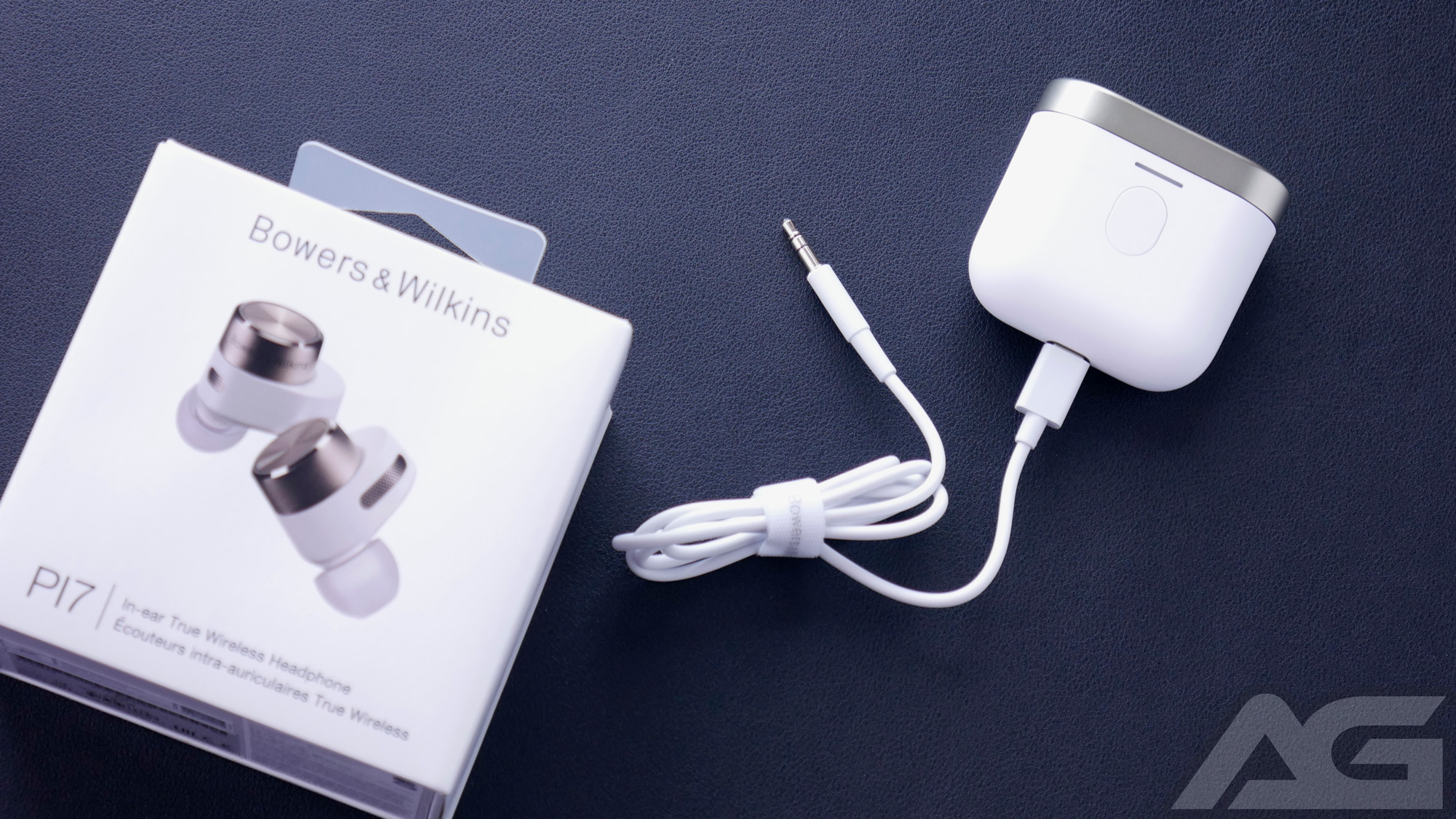 I tried following the manual’s instructions without success and eventually, in between unplugging and plugging cables back in and double-clicking the button on the case, it finally made a connection. Once I got this working though, the PI7 buds did a great job of connecting between my phone and the case when I had it plugged in.

In the end, I don’t have a lot of use for this feature, and even though it was frustrating to set up, I was really impressed and thought it was a cool trick that sets the PI7 apart from other buds on the market.

This brings us to the B&W app, and, unfortunately, I found it lacking in comparison to its competitors such as Sony. First off, there is no equalizer and that’s something I’ve come to expect at this price point. Regardless of how good a pair of headphones sounds, I always like tweaking it to my personal taste and I was unable to do that with the PI7.

Furthermore, there was no way to customize the touch-sensitive buttons. It would have been great to replace the voice assistant shortcut with transparency mode, seeing how I’d definitely use that more considering you can’t get spoken replies from Google Assistant on these buds.

Besides these complaints, the app worked fine. It was great to be able to see the battery level of the buds as well as the case on the main page. It also allows you to turn ANC to auto or disable it entirely, and of course, it’s the only way to enable transparency mode. 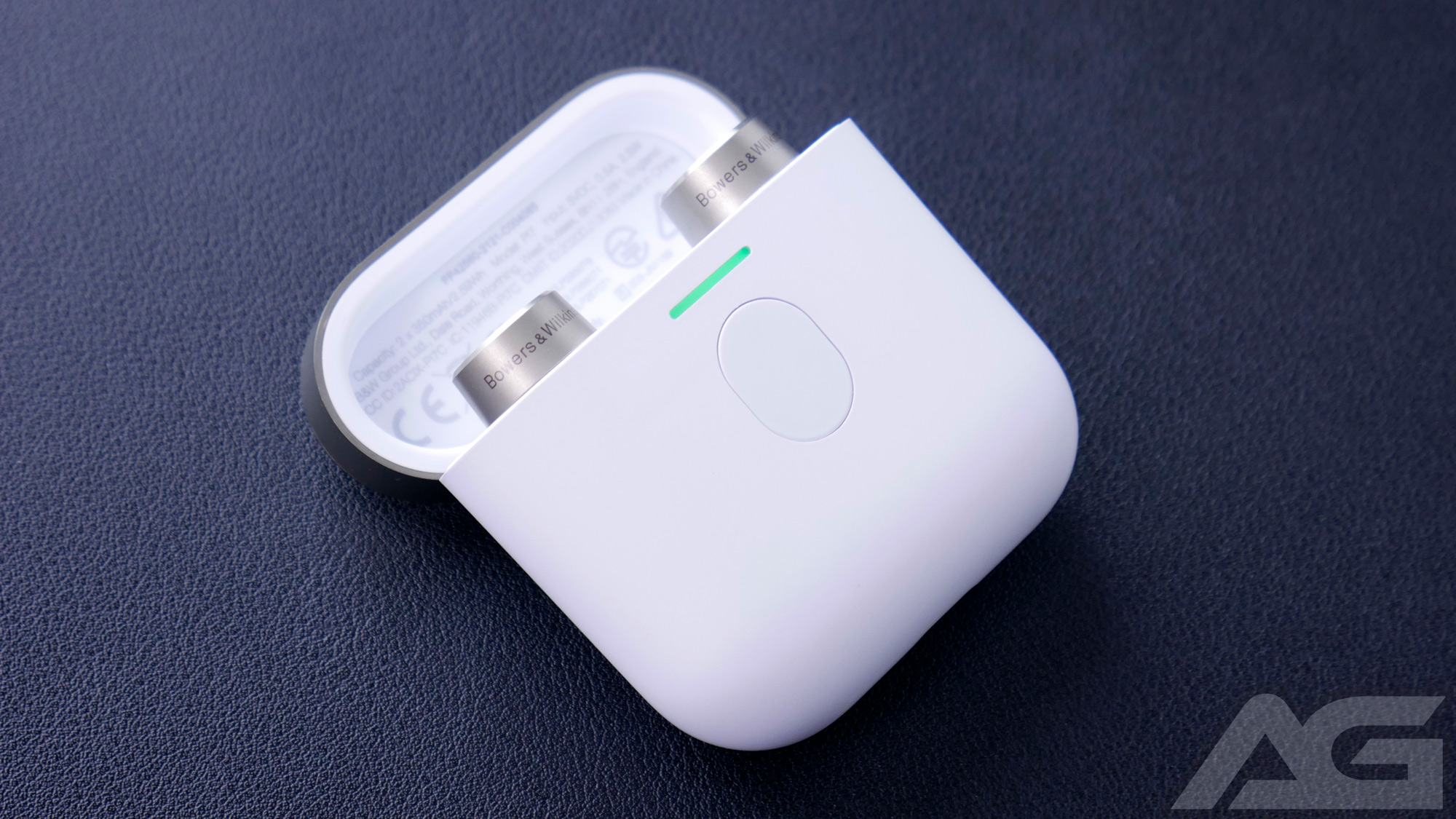 Audio quality is one area where the PI7 excels as it uses the aptX codec for 24-bit streaming from your device with dual hybrid drivers with individual amplifiers. All of this added up to audio that sounded extremely clear with a crisp sound signature including a punch of bass.

While listening to music I was constantly impressed by the clarity of the tracks and how wonderfully balanced the sound was. The PI7 buds were able to make every song sound clear while still providing a nice thump in the low end. However, if you’re a bass head the PI7 will disappoint — and that’s where a custom equalizer would have really helped in the app.

Active noise cancellation on the PI7 wasn’t the best I’ve heard, but it was still quite impressive. While it doesn’t quite match some of the most popular ANC earbuds, the PI7 were able to block out the vast majority of repetitive noise while still retaining high-quality sound.

The Bowers & Wilkins PI7 uses a series of six microphones for stellar call quality. The sound of my voice was so clear and natural that people I spoke with on the phone were shocked I was using a pair of Bluetooth buds. The PI7 might just have the best set of mics on any pair of wireless headphones that I’ve used.

Additionally, while you’re on a call the PI7 will enable transparency mode allowing you to hear yourself so you’ll know what you sound like and also won’t get too loud. 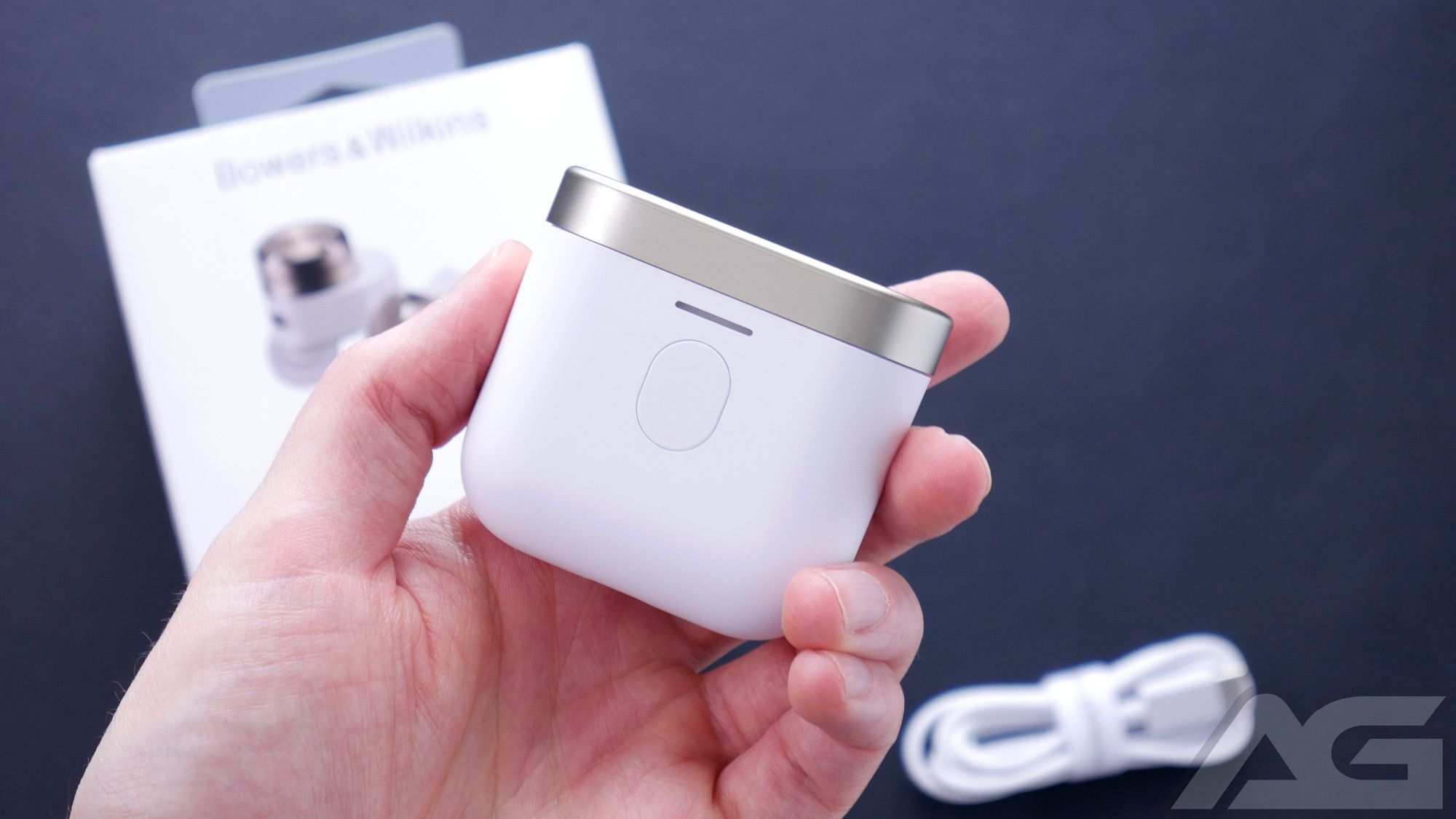 Bowers & Wilkins rates the PI7 for four hours of continuous listening time with up to an additional 22.5 hours when used with the charging case. I only ever used the PI7 for around two hours at a time and I found that the PI7 had no issue living up to its claims, and the case easily kept me charged up for a couple of weeks at a time.

Although, with the competition offering better battery life at a more affordable price, I could see this affecting your decision when deciding which buds to pick up.

Bowers & Wilkins delivers on sound quality with the PI7 but comes up short with the app, smart features, and battery life. That might be more acceptable if they didn’t retail for $400 and/or if Sony’s fantastic WF-1000XM4 earbuds didn’t exist at a more affordable price.

However, if you’re a huge B&W fan, and don’t care about the missing smart features, then you’ll be perfectly happy with the sound quality, even though your wallet might not be with the price.

How does the Lenovo Smart Clock Essential with Alexa fare in the increasingly crowded space that is smart speaker and displays?
Read more

MeCool gets a win in that they are the latest to offer an updated Google TV, but I'm not sure that just being on the market is good enough.
Read more

The Phiaton 900 Legacy wireless headphones can hold their own with any competitor on the market. Check out our review of them here.
Read more

Since Blackview launched Tab 8 which proved to be one of the bestsellers, the company has never stopped its steps to upgrade...
Read more

Shopping for a smartphone doesn't have to be a difficult endeavor but we sometimes make it out to be one, don't we?...
Read more

Google on Monday announced that Android 13 has begun officiall rolling out to Pixel phones with more devices expected in the coming weeks.
Read more

Growing up, my dad had a turntable and speakers that my sister and I were not allowed to touch. They were revered....
Read more

BLU brings its BOLD lineup back into the light with the metal and leather N2. Learn more about the premium-grade device.
Read more