When Sony released the WF-1000XM3 earbuds with ANC they instantly became one of the highest-rated true wireless buds on the market. In my review, I raved about how great the sound quality and active noise cancellation was. The only downside was how large both the buds and case were, and how that lead to a less than ideal fit in your ears.

Fortunately, Sony recently released its WF-1000XM4 earbuds to address these issues, and in what is no surprise, they are a fantastic upgrade in every way.

The “biggest” difference Sony made with the design of its flagship true wireless buds this time around was shrinking the case and earbuds. The WF-1000XM4 can now comfortably fit in your pocket and your ears, which was the most common criticism of the previous generation.

Not only was Sony able to minimize the case and earbud design this time around, it was actually able to add more features. Both buds feature IPX4 sweat proofing while still working independently and include a sensor to automatically pause music when removed from your ear. 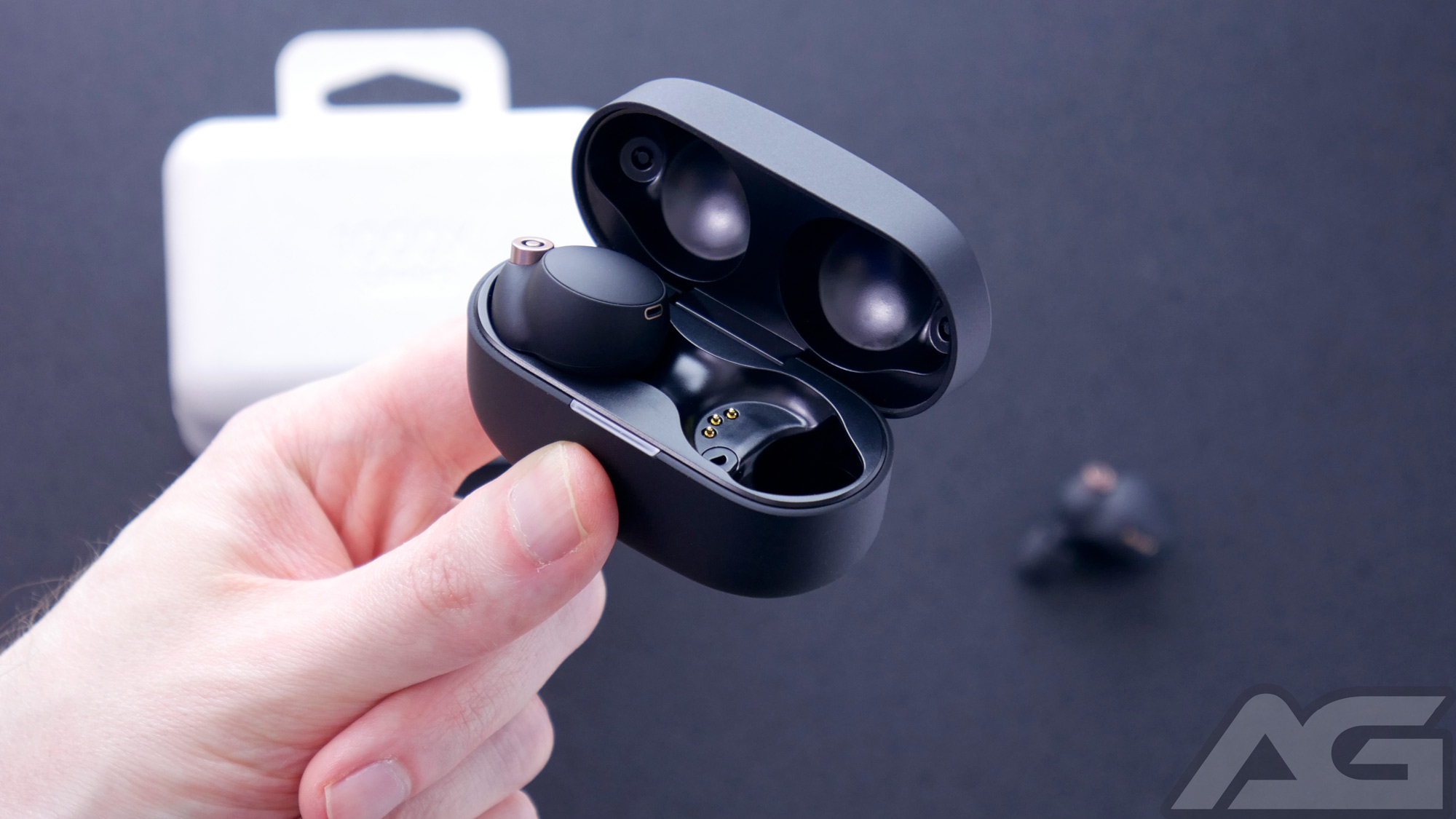 Plus, Sony has added Qi wireless charging to the case this time around, providing you with the choice of using the USB-C port or keeping your buds juiced up wirelessly.

Furthermore, you won’t have to worry about the buds falling out of the case and getting lost because of the curiously strong magnets Sony employs. Trust me, once they are in the case, those buds aren’t going anywhere.

Just like the previous generation, the new WF-1000XM4 buds are also absent of any physical buttons opting for touch-sensitive controls. You can customize them in the app, but by default, the right bud controls audio playback and the left bud swaps between noise cancellation and ambient sound modes. I’m happy to report these work perfectly and I had no issues with activating the controls by accident like with some buds. 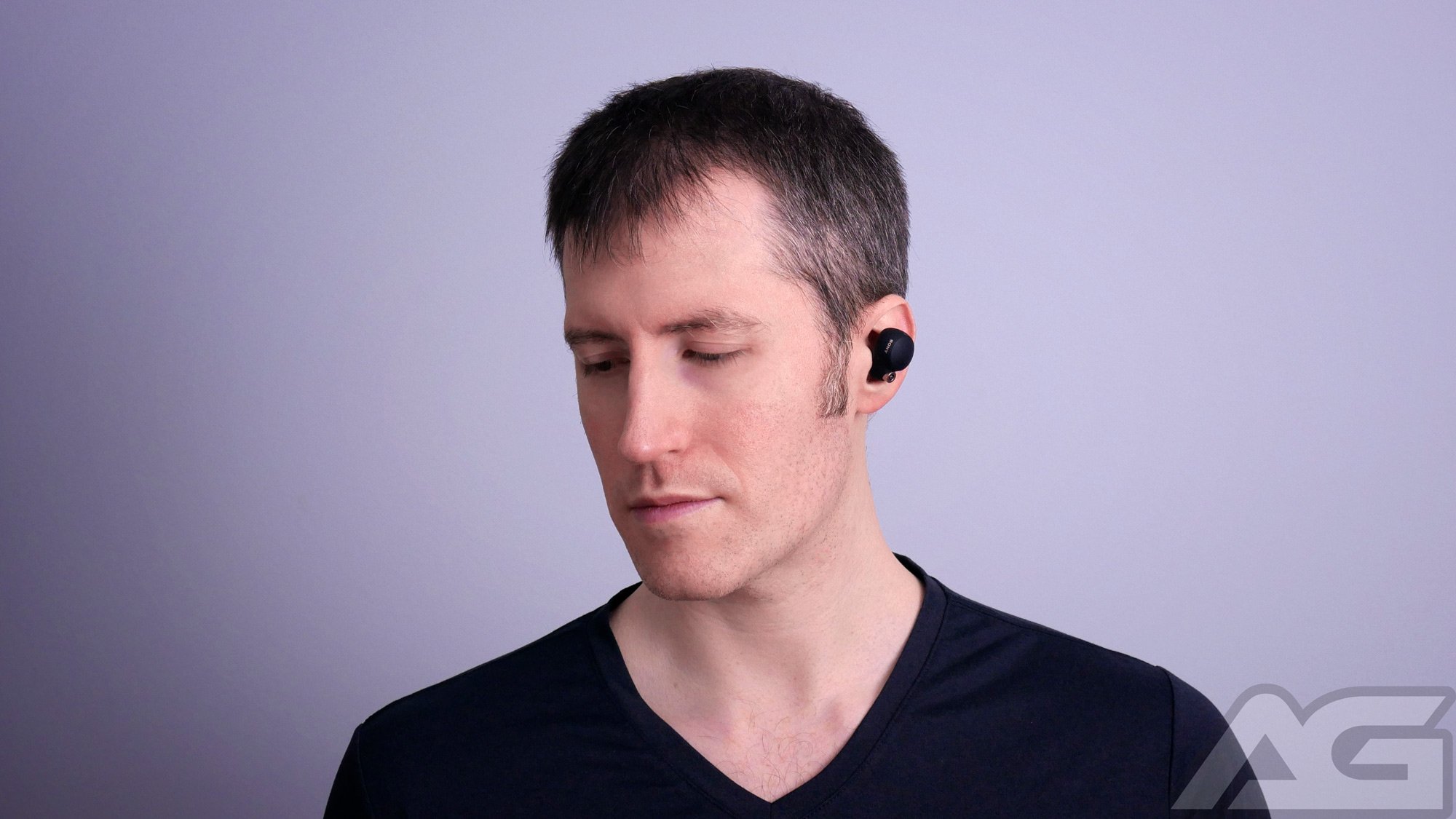 Sony also changed the ear tips this time around, going for a squishy foam similar to what you’d find on earplugs. This makes sense, because if you’re trying to block out sound, what’s better than foam earplugs?

Unfortunately, I have smaller than average ear canals and I found these new tips to be too large for my ears. It was difficult for me to get a comfortable fit, even when using the smallest ear tips in the package. Eventually, I swapped the tips out for some smaller silicone tips I have. If you’re in the same boat as me, then you can purchase something like this from Amazon and replace the tips for a more comfortable fit.

If fantastic sound and class-leading noise cancellation aren’t enough to sway you, the Sony WF-1000XM4 buds also offer a host of smart features. For starters, it has Fast Pairing to make connecting to your phone easier. After the buds have been paired, you’ll also get a handy notification keeping you informed of the battery life of each individual bud and the case.

Next, the WF-1000XM4 buds have Google Assistant and Alexa built-in–your choice–but with Assistant you’ll be able to hear your notifications and reply to messages using your voice.

Having a conversation with buds jammed in your ears is usually an irritating ordeal, but thanks to ambient mode and speak-to-chat technology, it’s much more convenient. While ambient mode can be activated by touching the earbud, speak-to-chat makes it even easier by enabling ambient mode when it hears your voice.

On top of all of that, the app also allows you to customize the touch-sensitive buttons on the buds, adjust the equalizer, and control the level of active noise cancellation.

Basically, when it comes to usability and features, there aren’t another pair of buds out there that come close.

The WF-1000XM3 buds were some of the best I’ve ever listened to, and Sony has done it again with the WF-1000XM4s. The soundstage is nice and open with a balanced sound. Plus, the wonderful app allows you to customize the sound to your exact liking.

For me, that meant raising the highs a little and adding a bit more to the low end for that V-shaped sound I find most pleasing. But, what’s most important is that you have a good base to build from and having an open soundstage to start with. Thankfully, the WF-1000XM4 deliver exactly that. 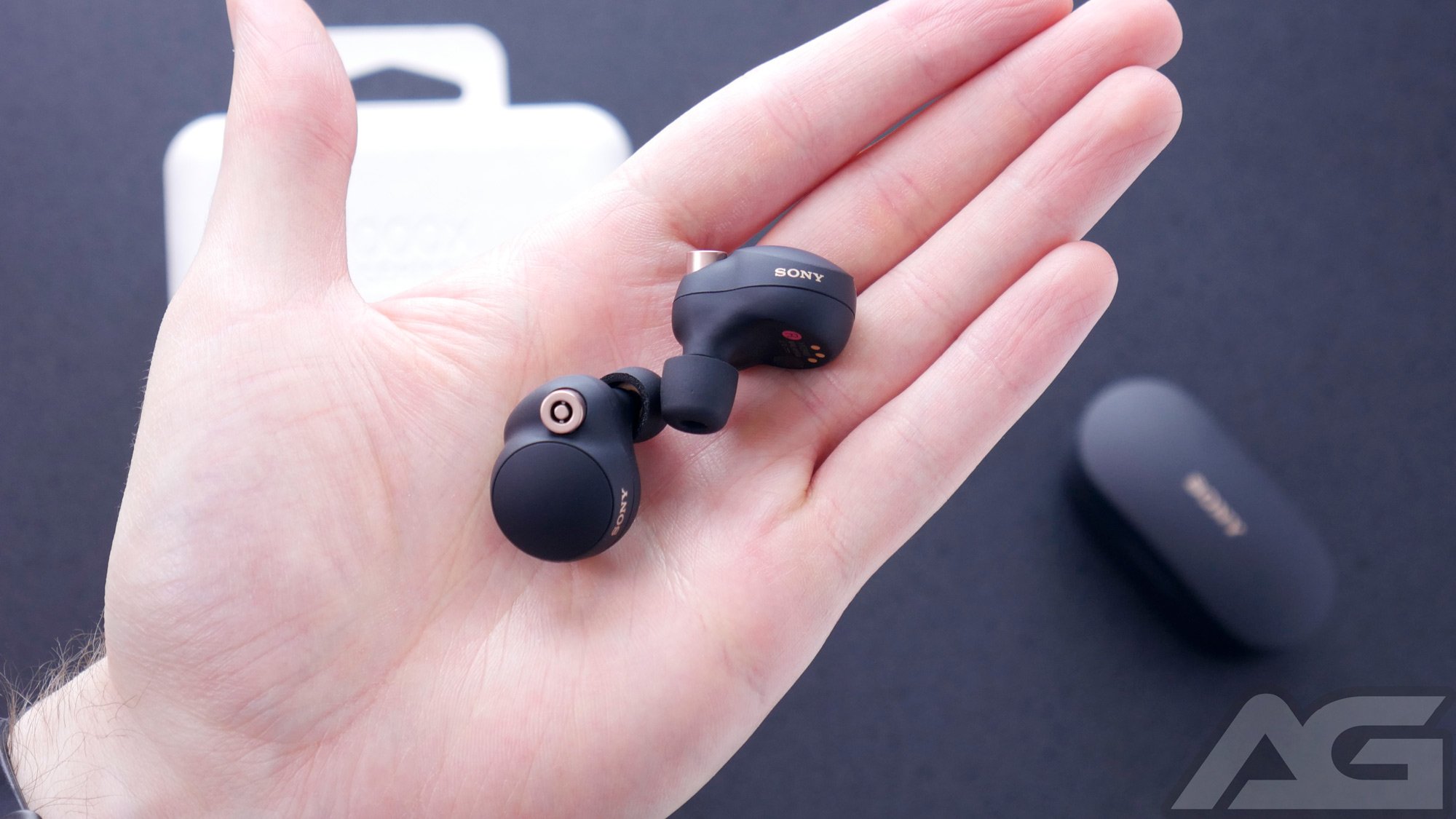 Even better, the WF-1000XM4 earbuds support the LDAC codec that transmits audio wirelessly at a higher bit rate for near CD-quality sound. That’s perfect for any of you using streaming services such as Apple Music, Amazon Music, or Tidal that feature HiFi sound. Fair warning though, the LDAC codec will consume more power and you’ll need to keep a closer watch on your battery life.

Last but not least, in the Sony Headphones app you can choose to enhance music playback with DSEE Extreme processing to improve the sound of compressed audio. 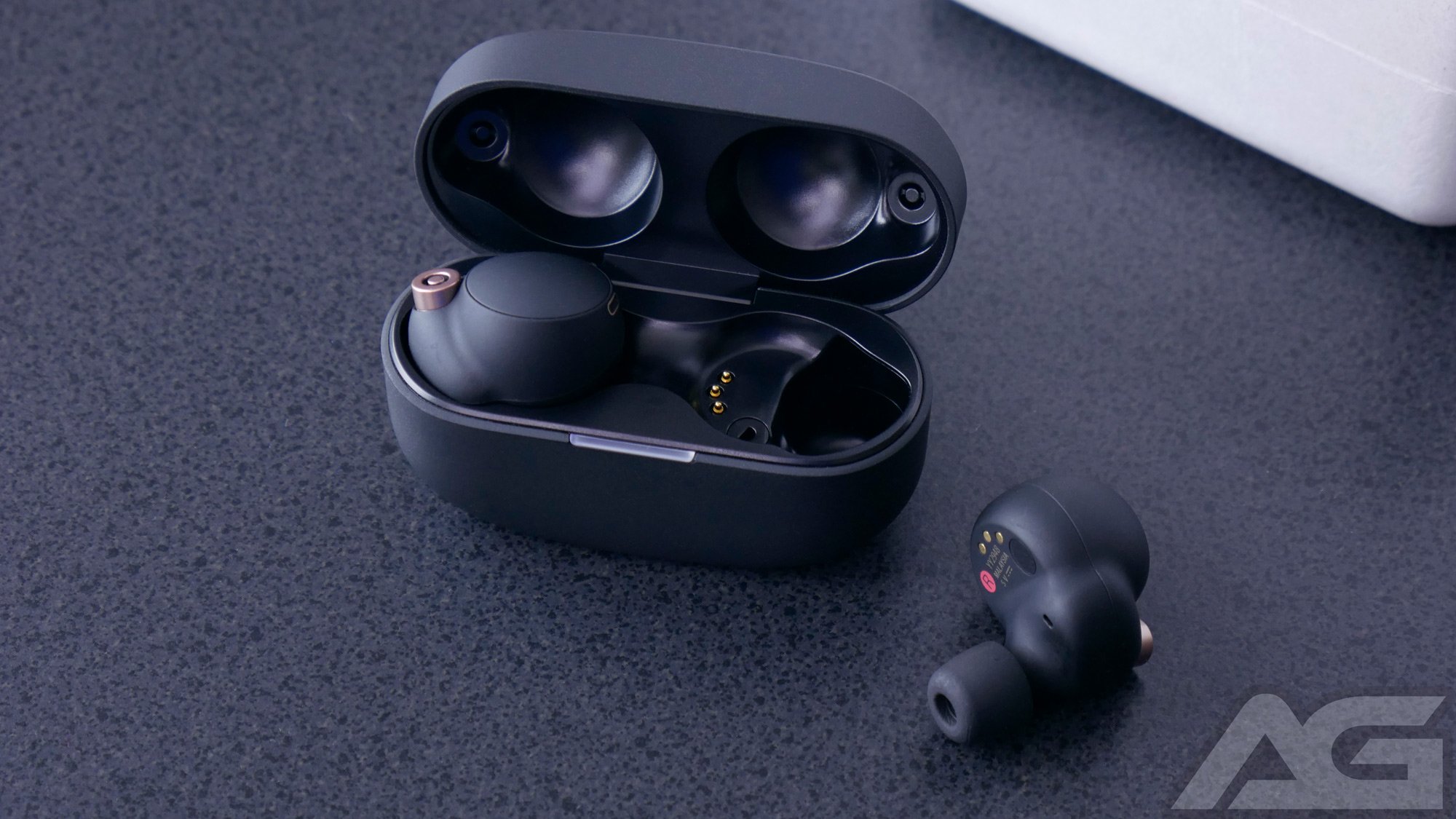 Sony is an industry leader in active noise cancellation headphones, so it’s no surprise here that the WF-1000XM4 excels at blocking out noise. It’s aided by the new foam ear tips which help create a tight seal to block out much of the extra noise around us.

On top of doing a fantastic job of blocking out noise, the Adaptive Sound Control allows the ANC to adjust based on your surroundings. Personally, I got a little annoyed that it would let in more of the outside noise, but fortunately, you can adjust this in the settings.

Finally, Sony added wind noise reduction for those times when you’re out and about and the wind keeps ruining your jams.

Amazingly enough, even though Sony shrank the size of the case and buds, the WF-1000XM4 actually beats its predecessor in battery life.

Sony rates the WF-1000XM4 buds for eight hours of continuous listening with another 16 hours provided by the case. In my experience, this tends to be right on the money, and when it’s time to charge up, five minutes will give you up to an hour of listening time.

Additionally, the case supports wired and wireless Qi charging to ensure you always keep it topped off. 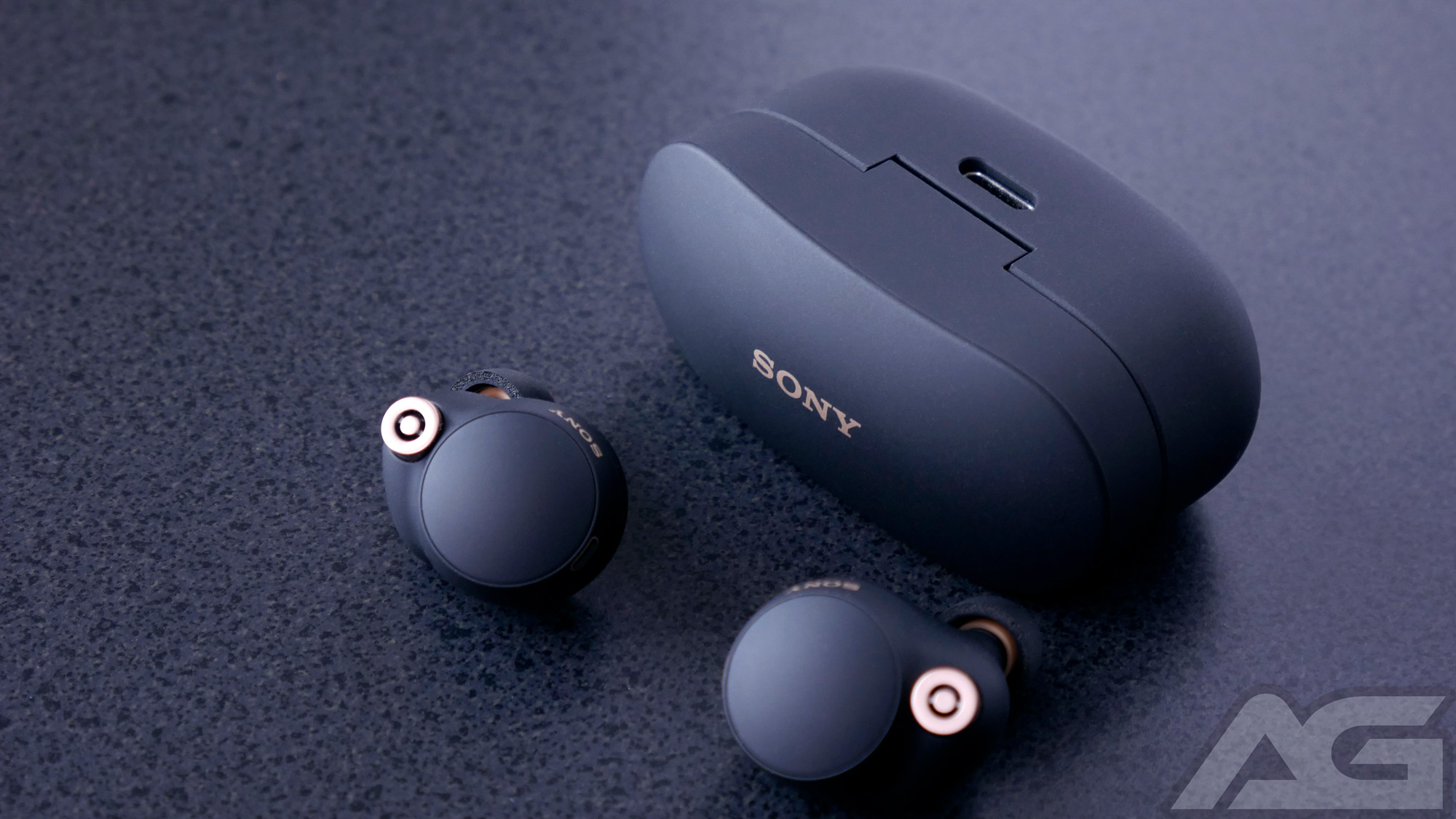 Sony has dominated the ANC true wireless earbud market the past couple of years with the WF-1000XM3. The follow-up had to be something really special and address the few flaws of the previous generation.

Fortunately, Sony delivered big time with the WF-1000XM4 earbuds–improving them in just about every way–especially in the areas it mattered the most, such as the size and audio quality.

While the WF-1000XM4 earbuds don’t come cheap at their $280 price tag, you can part with that money confidently knowing that you’re purchasing the best pair of active noise cancelling buds on the market. Alternatively, you can still purchase the WF-1000XM3 true wireless buds and still get a fantastic pair of ANC headphones while saving some money.

Portable and easy-to-install security cameras play an important role when it...
Read more

Eufy has been in the news plenty lately for security issues...
Read more

Eufy has been in the news plenty lately for security issues found with its cameras, but I'm not here to cover that. I'm still...
Read more

Portable and easy-to-install security cameras play an important role when it comes to home security. In this latest episode of the AndroidGuys podcast, our...
Read more

10 Best casinos on Android devices: Where to play Android casino games online in 2023

Android phone devices are widely used in the world of online gambling these days. Their operating system is open source, which makes...
Read more

Verizon often offers deals and savings on its products and services, giving customers a chance to keep money in their pocket. It's currently dangling...
Read more

Wireless chargers are becoming so popular in recent times. Simply putting the smartphone, earbuds, smartwatch, or any other compatible device on the charging surface...
Read more

Tronsmart made a bang with 3 different models of the Bang party speaker. The company has come back to start 2023 with a new...
Read more