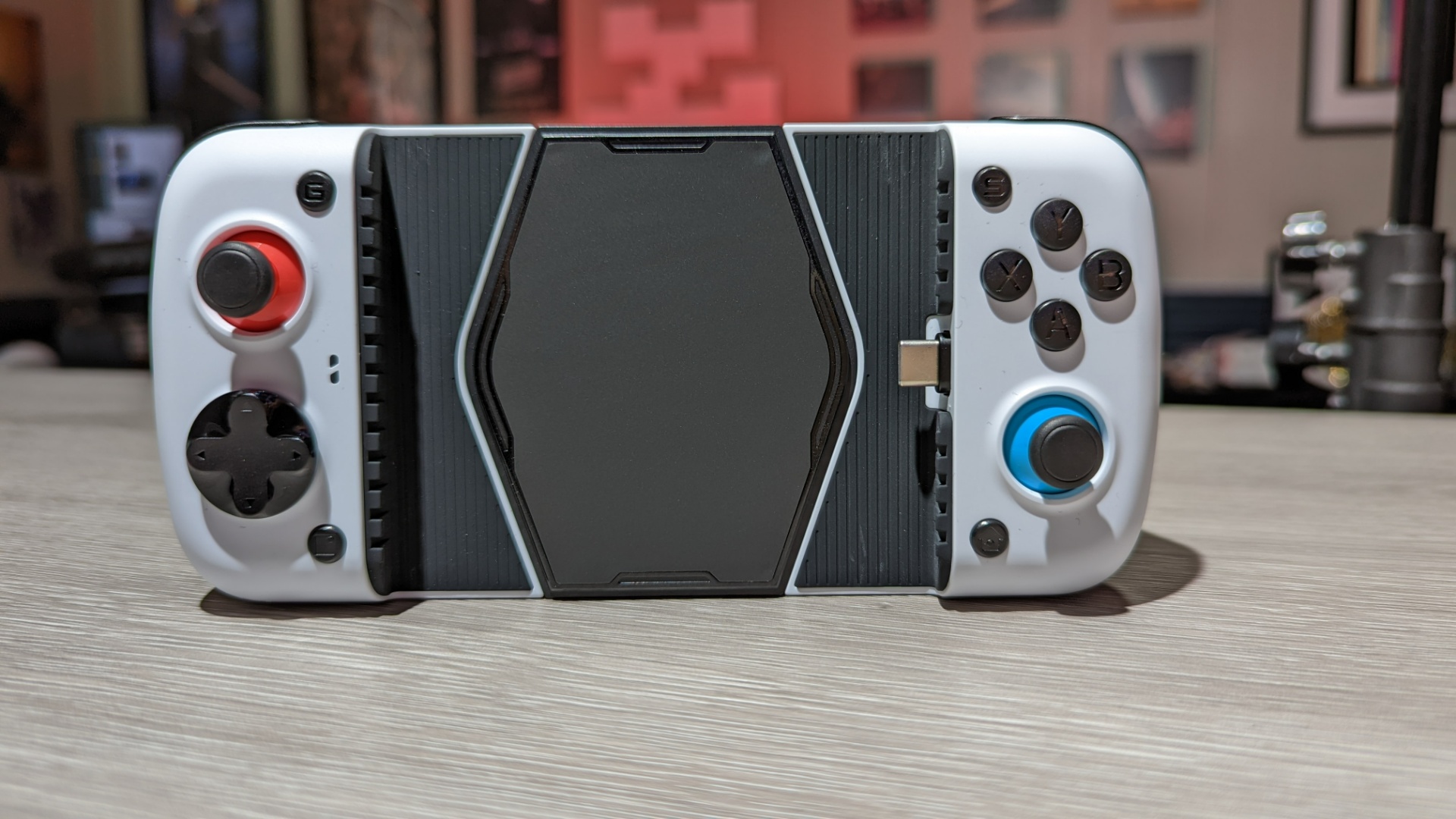 What do you think of when someone uses the term “mobile gaming”? Does you mind go to casual timewasters like Candy Crush Saga, Angry Birds, Tetris, and Wordle? Or, do you conjure up imagery of a dedicated phone designed for first-person shooters like Call of Duty or Fortnite?

Mobile gaming comes in all shapes and sizes, and everyone’s definition is a little bit different. I’m not a huge fan of the bigger graphics-intense stuff that’s often mobile variants of console titles. Why? It’s not because I don’t have a phone powerful enough to handle the task. No, it’s because I don’t like having to use a flat screen when multiple buttons and directional pads are in order.

Gamesir, a player (see what I did there?) in the gaming space, is back with another mobile gaming controller. The new X3 Type-C controller, priced around $100, builds on the X2 which we reviewed earlier in the year. Having started out as a prototype for crowdfunding, it blew through its goal and hit the fast track for public release.

In short, the Gamesir X3 is an accessory that you connect to your phone via its USB Type-C port. Once in place, it turns your handset into a Nintendo Switch-like experience. It’s only available in one color, white, with red and blue accents that only further the Nintendo comparison.

One of the biggest differences in the new model is the addition of a cooling fan on the back of the device. It’s centrally located and doesn’t affect the way you have to hold or operate the controller. It’s also very quiet, and doesn’t distract from your gaming sessions. Oh, it also looks pretty cool when it lights up, too.

The trade-off, though, is that the fan only works when the Gamesir X3 is plugged in to an external power source. This can impact where gamers can take advantage of the cooling feature so keep that in mind if you plan to play for extended periods.

The X3 employs a spring-loaded mechanism that pulls apart on both sides so you can drop your handset in quickly and without hassle. According to Gamesir, it can handle most phones between 110mm -179mm in height. That is to say, it worked on everything we had here in the office.

When you put your phone in you’ll find there’s a bit of play with the USB Type-C connector which sort of pivots a bit. This is intentional and helps ensure you don’t snap anything off.

As far as buttons are concerned, I really like what the Gamesir X3 has on offer. They’re very tactile and clicky with the right amount of travel and noise.

The D-pad has been adjusted to better work in eight directions; there are two options for its button in the box. You can change them out instantly based on whether you want a traditional directional pad or something with a diamond-like pattern that breaks over the eight directions. Think Nintendo Switch and Xbox and you’ll get it.

In addition to the extra D-pad button you’ll also find extra thumbsticks. They’re slightly taller than what’s already in place and may be noticeably better (or worse) for your gaming. Want all red or all blue? Mix and match? Do it however you’d like. Magnets make changing things up a real breeze.

Also included in the box are four rubber covers which add a degree of texture and grip. Should you not like the way your thumbs slide over the sticks you can slide the covers on and get more traction.

The Gamesir X3 has texture on the back where your hands might rest. It’s subtle stuff but makes a difference over the long haul. Hands get sweaty when you’re one of the last remaining players in a battle royale game.

Along those lines, I would have liked it if the fan worked without having to be plugged in. Gaming on the go doesn’t always allow for an external power source, or an outlet that’s close enough. Make sure you’ve got a nice long cable on hand; there’s a fairly nice one included in the box.

It’s worth reminding here that the Gamesir X3 connects directly to your phone via the USB Type-C port and does not allow for Bluetooth. It’s not too much of an issue now that most phones have the USB C port plus there’s no latency to worry about.

While I typically shy away from more intense games on my phone, I’ve found myself using the Gamesir X3 more than I expected. There’s a fairly robust list of compatible titles to choose from and many of them allow for remapping of buttons and customizing the experience.

There’s a lot to like about the controller as it feels intentionally designed and created with care. The extra buttons, cooling fan, and textured grips lead to long sessions of enjoyable and comfortable gaming.

Learn more about the Gamesir X3 Type-C controller at the manufacturer’s website where you can purchase it for $100. There are other options available to choose from as well which have different price points and features. You’ll also find keyboards, mice, and other accessories.