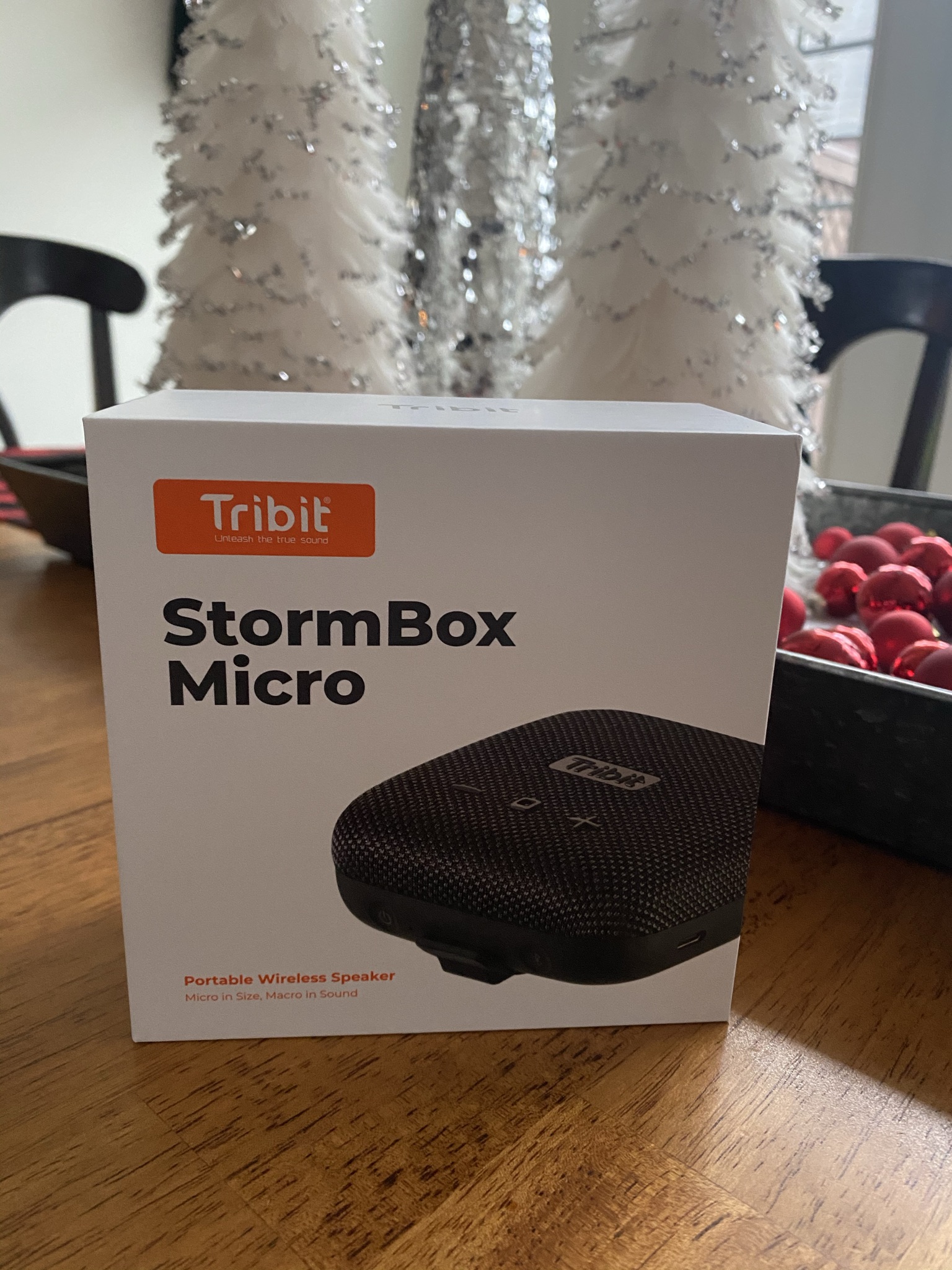 I like portable bluetooth speakers. I like them a lot. I have a collection of them for just about every occasion. From nano speakers like the Noxgear 39g for running to the louder JBL Charge 4 speaker for hanging out on my deck. It’s a little bit of an addiction honestly. I add 2-3 more speakers to my collection every year.

The StormBox Micro is designed to compete against the likes of the Bose Soundlink Micro, Ultimate Ears Wonderboom, or JBL Clip speakers. While these speakers aren’t overly large or heavy, they aren’t necessarily pocketable either. As a result, they offer ways to attach them to various objects.

The JBL Clip, as the name implies, has a built in carabiner type attachment. The Ultimate Ears Wonderboom features a ripcord loop; the Bose Soundlink Micro and Tribit StormBox Micro both feature a rubber band to attach the speakers around an object such as a bicycle handlebar. If I had to guess; Tribit is intentionally going head-to-head with Bose as it relates to this speaker.

The StormBox Micro measures 3.9 x 3.9 x 1.4 inches and weighs just 10.2 oz. The speaker is made of rubberized plastic and durable fabric. The business side of the speaker features volume up/down buttons separated by a multifunction button.

Power and Bluetooth pairing buttons sit along an edge, as well as, status and battery indicator LEDs. A USB-C port lies on an adjacent edge. The StormBox Micro can pair up to eight different audio sources and also supports stereo mode pairing with another Stormbox Mini or “Party Mode” as Tribit calls it.

The StormBox Micro is powered by a 2,600mAh lithium rechargeable battery offering up to 8 hours of playback. Additionally, the unit is IP67 waterproof so you don’t have to worry about the speaker getting rained on or accidentally dropped in a pool.

Audio Playback: With 9W of power output, I expected the speaker to be loud enough to fill a room with sound. It won’t disappoint in the loudness department as it is more than capable of filling an average-sized room with music. I can clearly hear it in one room from a room or two over. 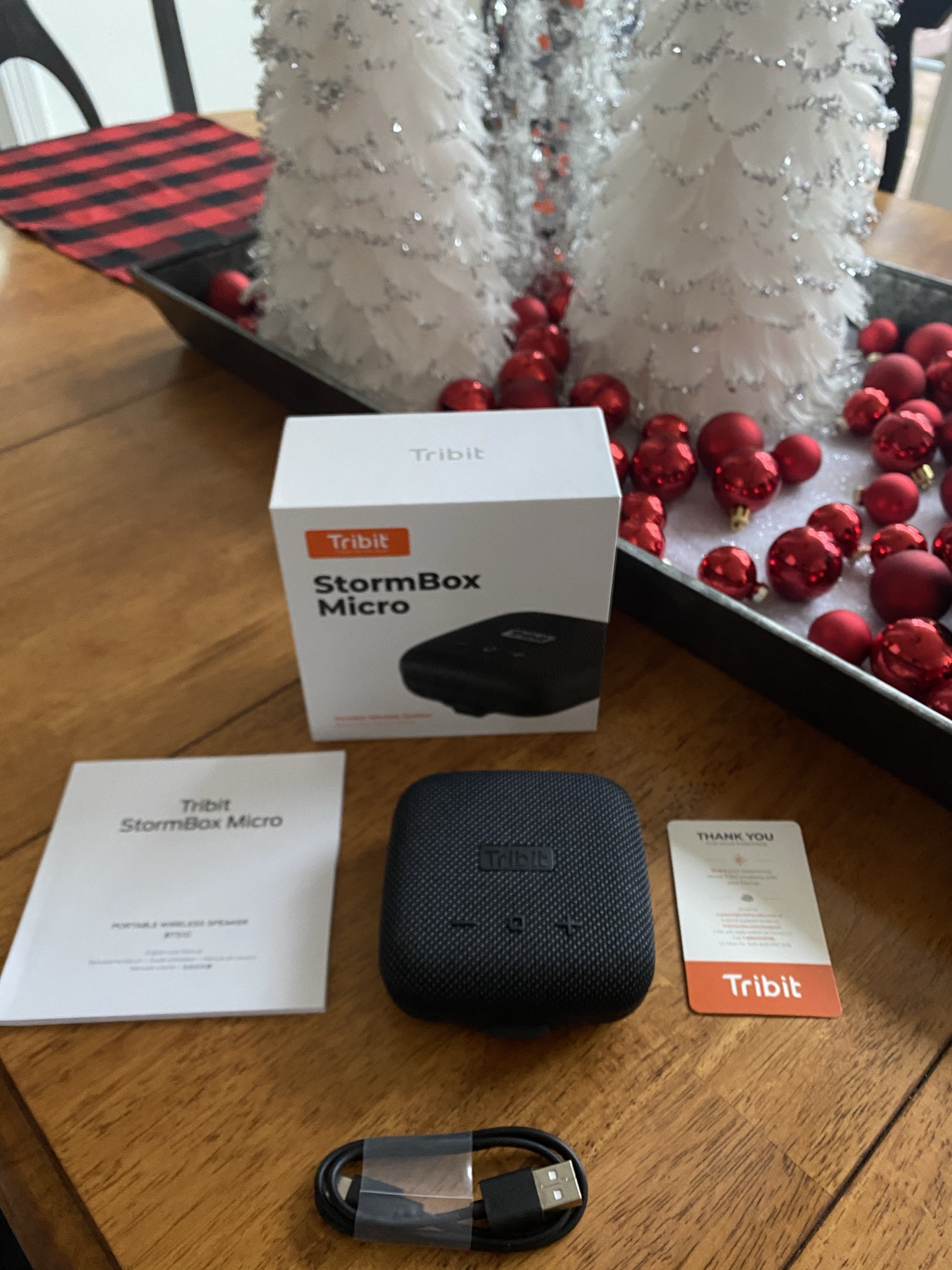 The volume up and down buttons are directly tied to my iPhone’s volume so adjustments are reflected on the phone unlike some speakers which operate independently of the phone’s output.

While the speaker is loud, I’m not as impressed with its dynamic range as I was with the FlyBuds 3. If you like lower bass tones, you might really enjoy the sound the StormBox Micro produces. To me, it sounds a bit muddled in the midrange and treble notes are understated.

The bass is strong and even when played at max volume, it does not distort badly. Listening to 21 Savage “Bank Account”, the low end remained tight where similarly-sized speakers tend to rattle. Lyrics are clear and stand out as they are intended. The hi-hat is present but just isn’t as bright as I prefer.

I cycled through several different artists and genres including The Avett Brothers “Head Full of Doubt / Road Full of Promise,” The Strumbellas “The Hired Band,” Holly Humerstone, “Falling Asleep at the Wheel,” LCD Soundsystem, “All My Friends,” Muse “Uprising,” among others. They all sounded decent and more than adequate should you wish to strap this speaker to your bike and share music with nearby friends. Bike with your audiophile friends and they may ask you to ride ahead.

Speakerphone: I was pleasantly surprised when I received a call during testing and was able to use the StormBox Micro as a speakerphone. Nowhere in the user manual or the Tribit website does it mention this capability.

There is in fact a microphone just to the right of the power button. The call was clear on both ends so I would not have any problem answering calls if necessary. For those working from home, this may be the perfect “conference room” speakerphone for your home office.

The StormBox Micro features 8-hours of playback time and Bluetooth 5.0 range of 100 feet. Based on my limited testing, I can’t dispute these claims as I’ve jammed out with the speaker at over ½ volume for at least 2-3 hours and the LED power indicators still show three out of five dots. I’ve moved freely from room to room and across my house with no drop-outs.

There’s a lot to like about the Tribit StormBox Micro, especially if your preference is strong bass response.  The speaker retails for less than $50 ($49.99 with additional $10 off coupon) which makes it almost half the price of its competitors retail prices. Tribit offers a generous 18 month warranty (30 months with registration) and a 30-day money back guarantee.

While the StormBox Micro isn’t likely to win audiophiles over, I think most listeners will appreciate its excellent power and mounting possibilities. I personally look forward to the return of golf season where I’ll attach the speaker to the uprights of a golf cart.