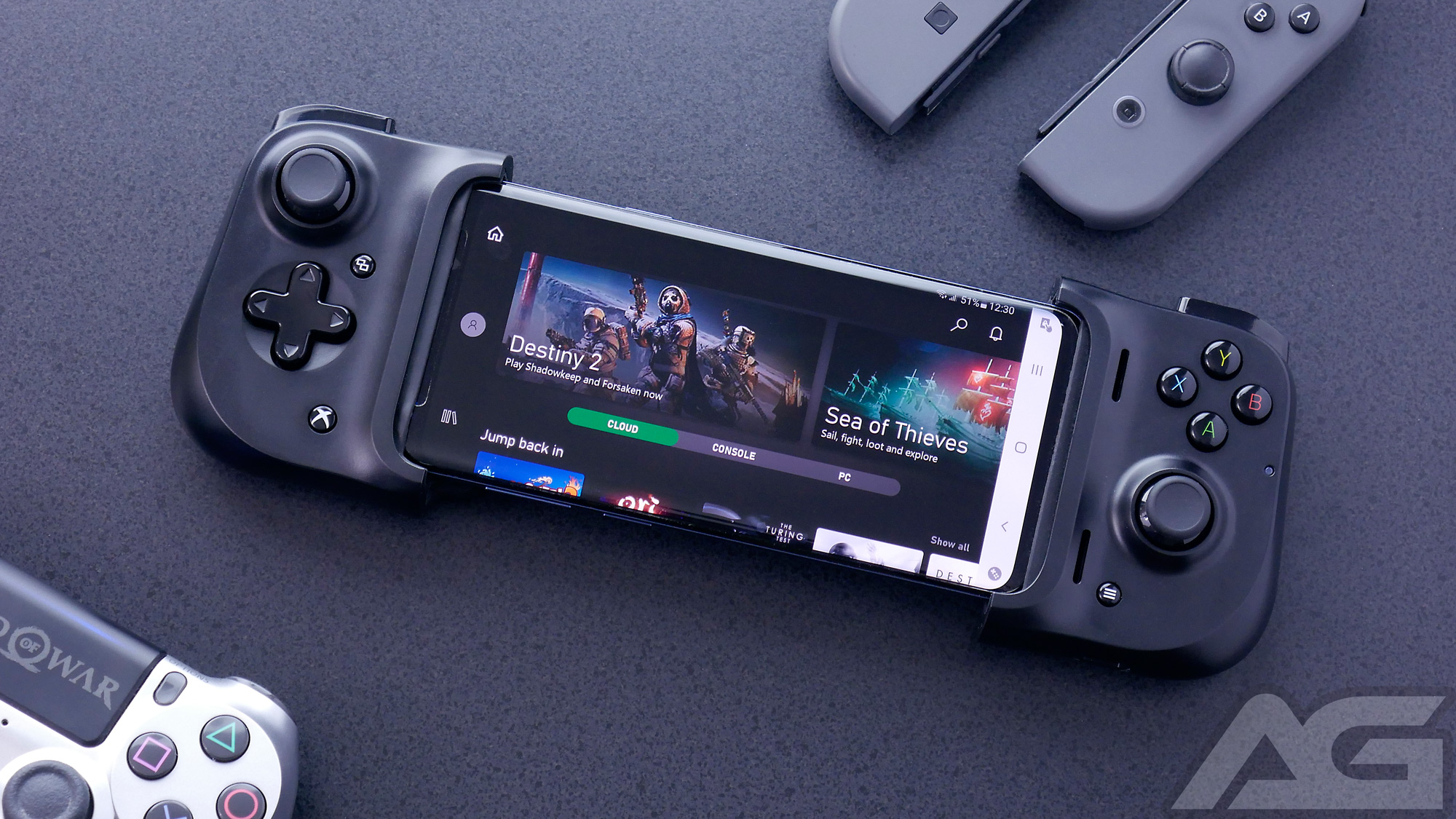 I’ve spent the past few weeks testing out Xbox Game Pass Ultimate and here are my thoughts.

There’s no getting around it, Microsoft’s service comes out swinging with a host of hit games at launch. Titles include Xbox exclusives such as games from the Halo, Gears of War, Forza, Ori, and more. There is also a selection of popular games available on third-party platforms including Batman Arkham Knight, Doom Eternal, The Outer Worlds, Witcher 3, and many many others.

Not only does Microsoft have a wide selection of games on offer, but it is sure to grow as time goes on. It has promised future exclusives will show up on the platform on day one. Plus, there is Microsoft’s recent acquisition of Bethesda, which will surely see more of its catalog joining Xbox Game Pass Ultimate in the future. Skyrim on yet another platform anyone? 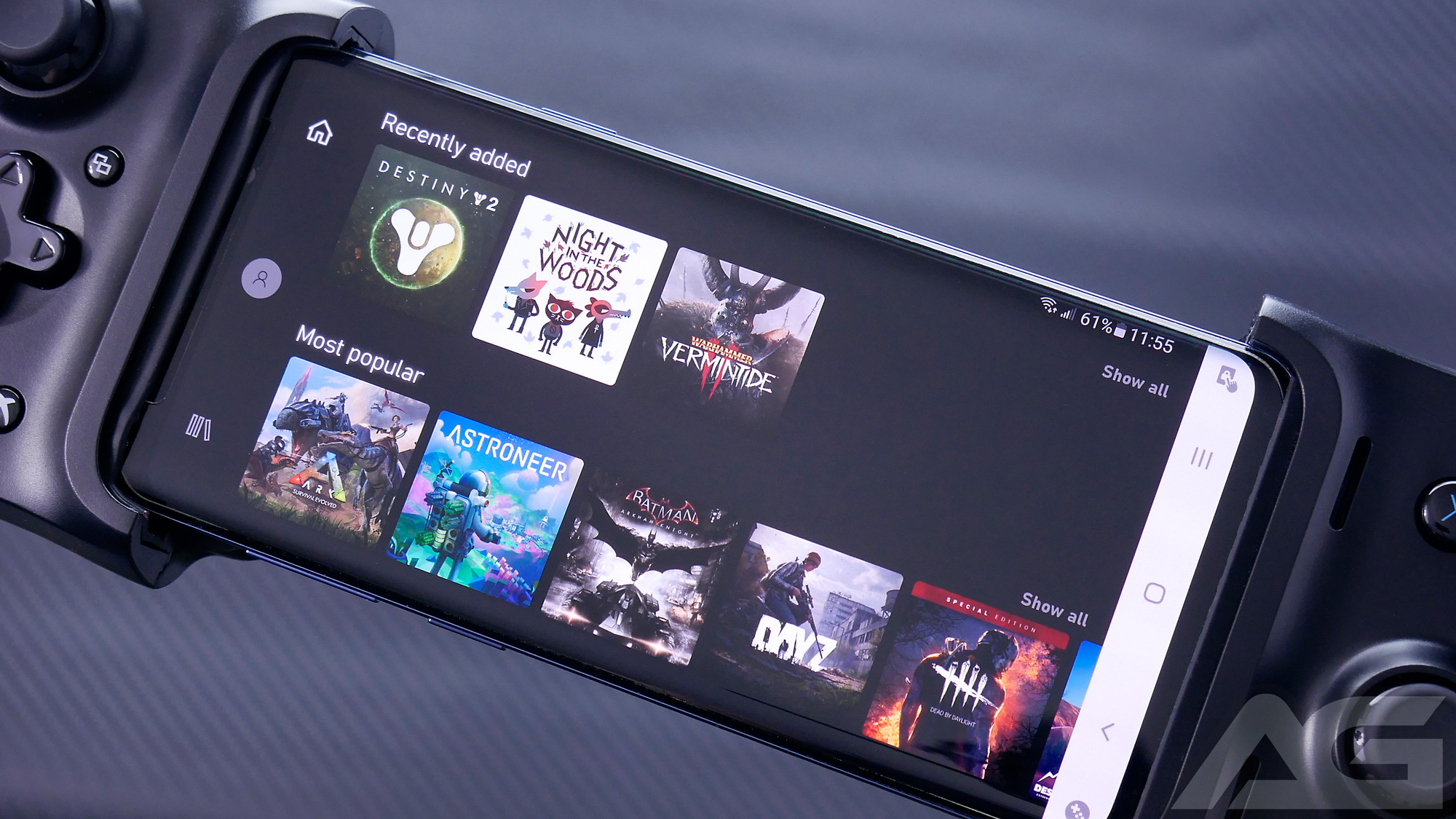 Additionally, EA Play is also headed to Xbox Game Pass Ultimate in November, growing the library of games even further.

Basically, there is a wide selection of games to choose from on Microsoft’s new service spanning multiple genres. It won’t be difficult to find at least a few titles to throw yourself into and get lost for a bit.

The downside is, unless it’s a Microsoft exclusive game, you won’t be playing many new titles. If you’re someone who likes to play specific games or is always chasing the next big game, you might be left wanting with only a selection of older hits to choose from.

Gaming on the PC

When playing games on your Android device Microsoft streams them much like Google’s Stadia service. However, once you make the jump to PC, everything changes. Xbox Game Pass for PC offers a more traditional gaming setup where you download and install each game on your local PC.

Now, this has both its advantages and disadvantages. For one, if you have a good gaming PC, you’ll be able to play games in higher quality than 720p at 60fps. You’ll also be able to play games without burning through your internet provider’s data cap. On the flip side, if you have a weak PC then you’re sure to see worse performance, and the games are going to eat up lots of space on your hard drive. 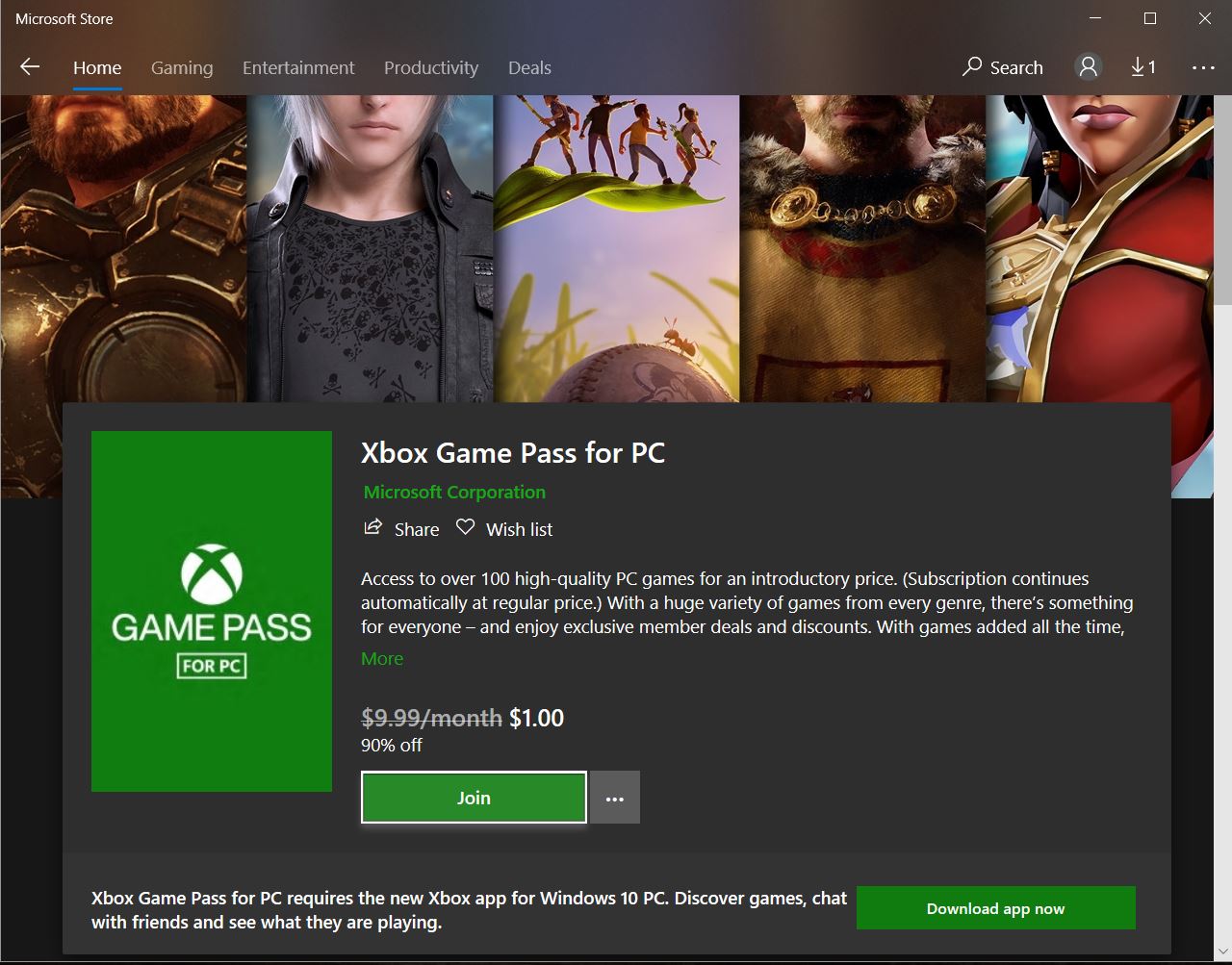 In my personal experience, I was unable to install the Game Pass for PC app on my more powerful PC. Each time I tried, I was met with an error and eventually, I just gave up. Finally, I decided to give it a try on a weaker desktop I have, and to my surprise, it installed fine. Unfortunately, the game ran like garbage because of the slower CPU and onboard graphics.

If you’re hoping to run games on your computer, make sure your PC has decent specs, and try installing Xbox Game Pass for PC app ahead of time just to ensure it works. 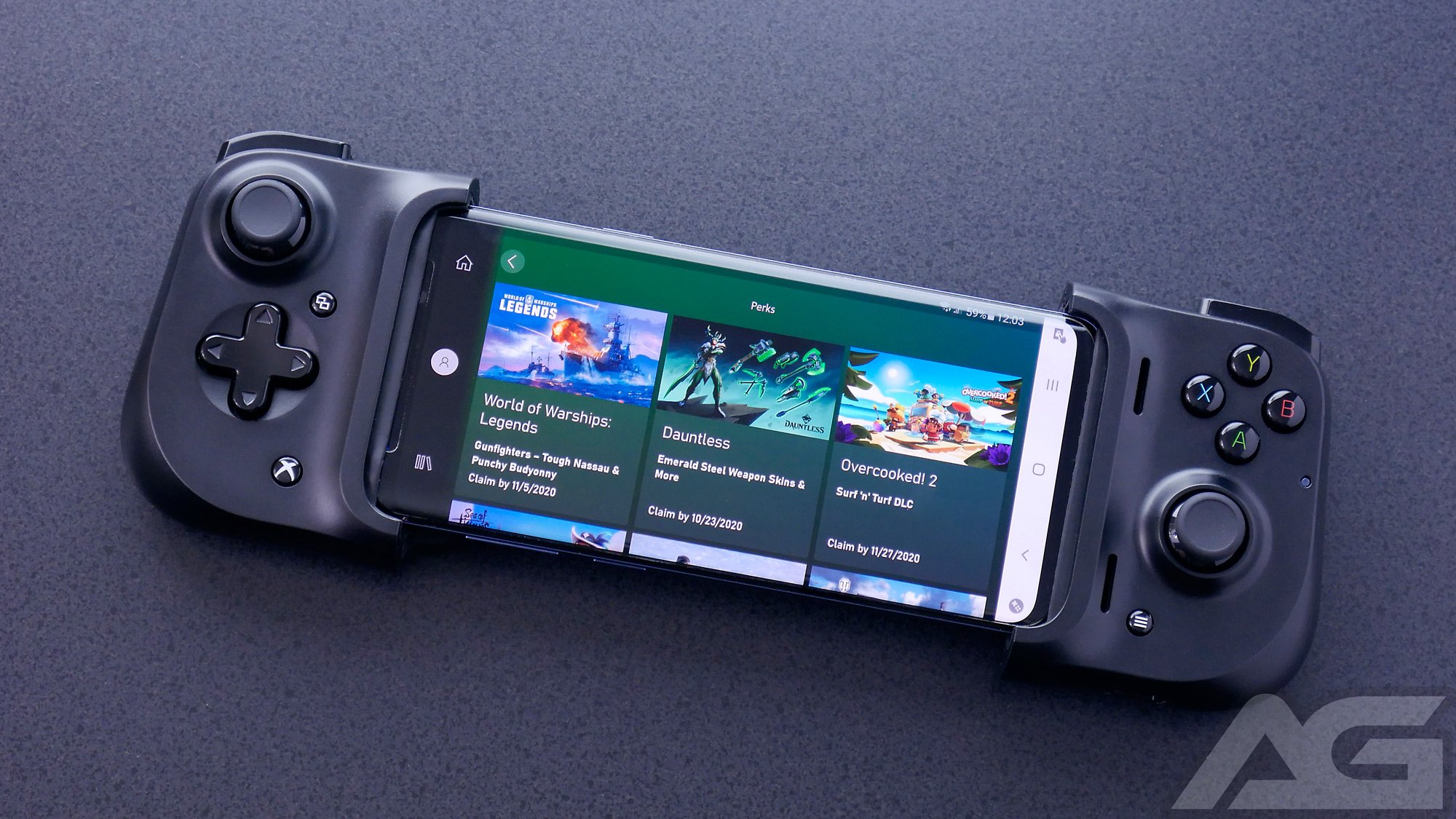 Besides giving you access to games across multiple platforms, Xbox Game Pass Ultimate also includes perks. Most of the time these tie directly into gaming with free digital items or expansion passes.

However, you’ll also find offers for other services such as three months of Discord Nitro or two months of Funimation Premium Plus. All of these are limited-time offers, so be sure to claim them quickly and check back often for new perks.

My time streaming with Xbox Game Pass Ultimate was spent between using my Android phones with the Razer Kishi, and a Chromebook running the Android app on a 200Mbit connection. Microsoft recommends a 10Mbit connection, so mine should be plenty. Regardless, I still ran into many streaming issues and loading screens. 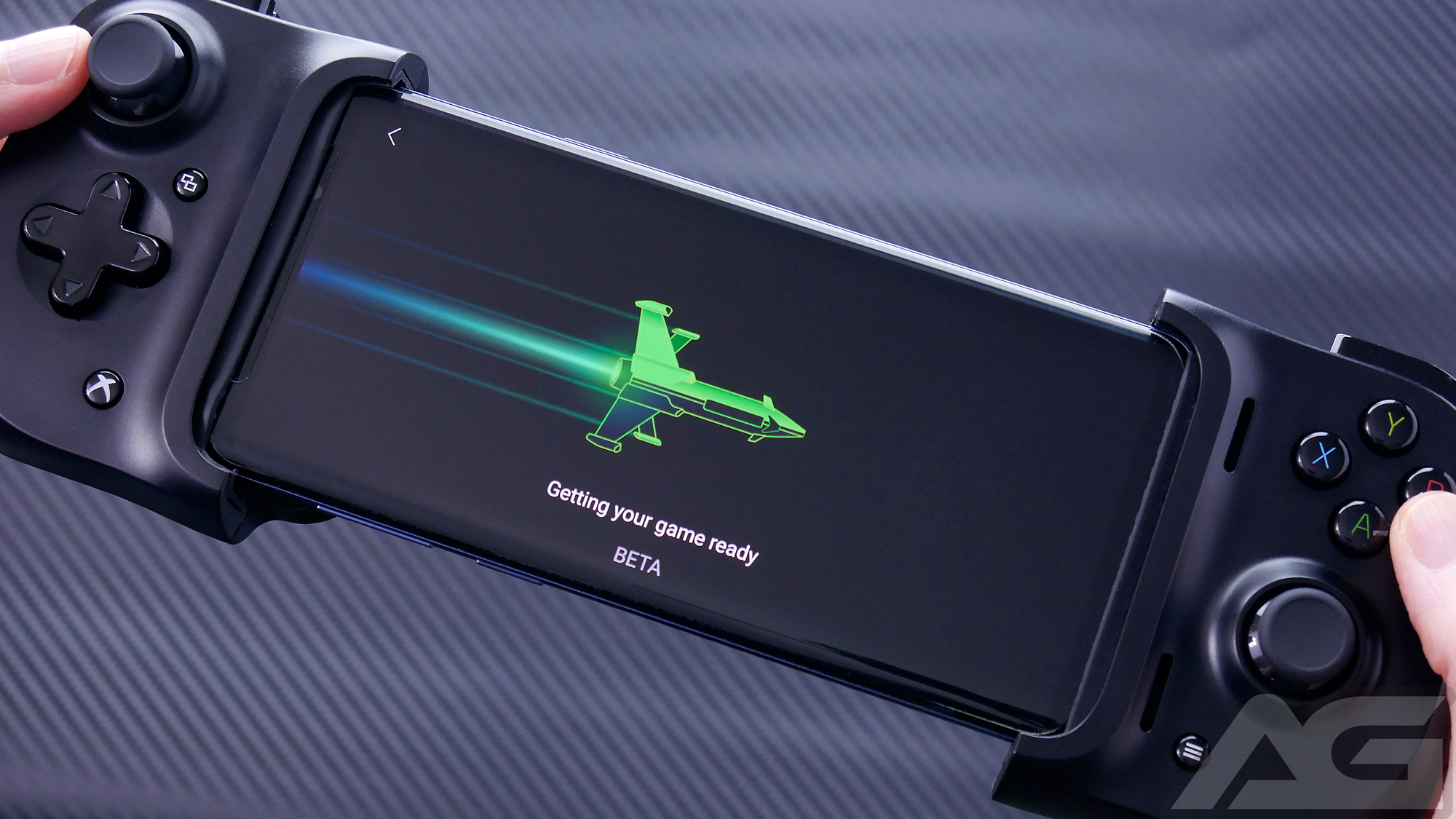 If you’re a console gamer, you’re used to loading screens by now, and I found the wait to be very similar to using a console. However, coming from using Stadia, the wait was brutal. Games load up significantly faster with Google’s service, and that made the wait feel even longer on Xbox Game Pass Ultimate.

That would have been fine if games ran perfectly after loading. Unfortunately, that was not the case. There were many times I encountered macro blocking and even stutters during gameplay. More than once, I had a game completely close out on me or refuse to load. And in one particular session, the audio was distorted the entire time until I exited the game and launched it again.

All of this and the service is capped at 720p 60fps with stereo sound. To its credit, the graphics still looked good when playing on a phone or even my 12.3-inch Chromebook. At least it did when there weren’t connection issues, which was pretty often. There is a reason this service is still considered a beta. 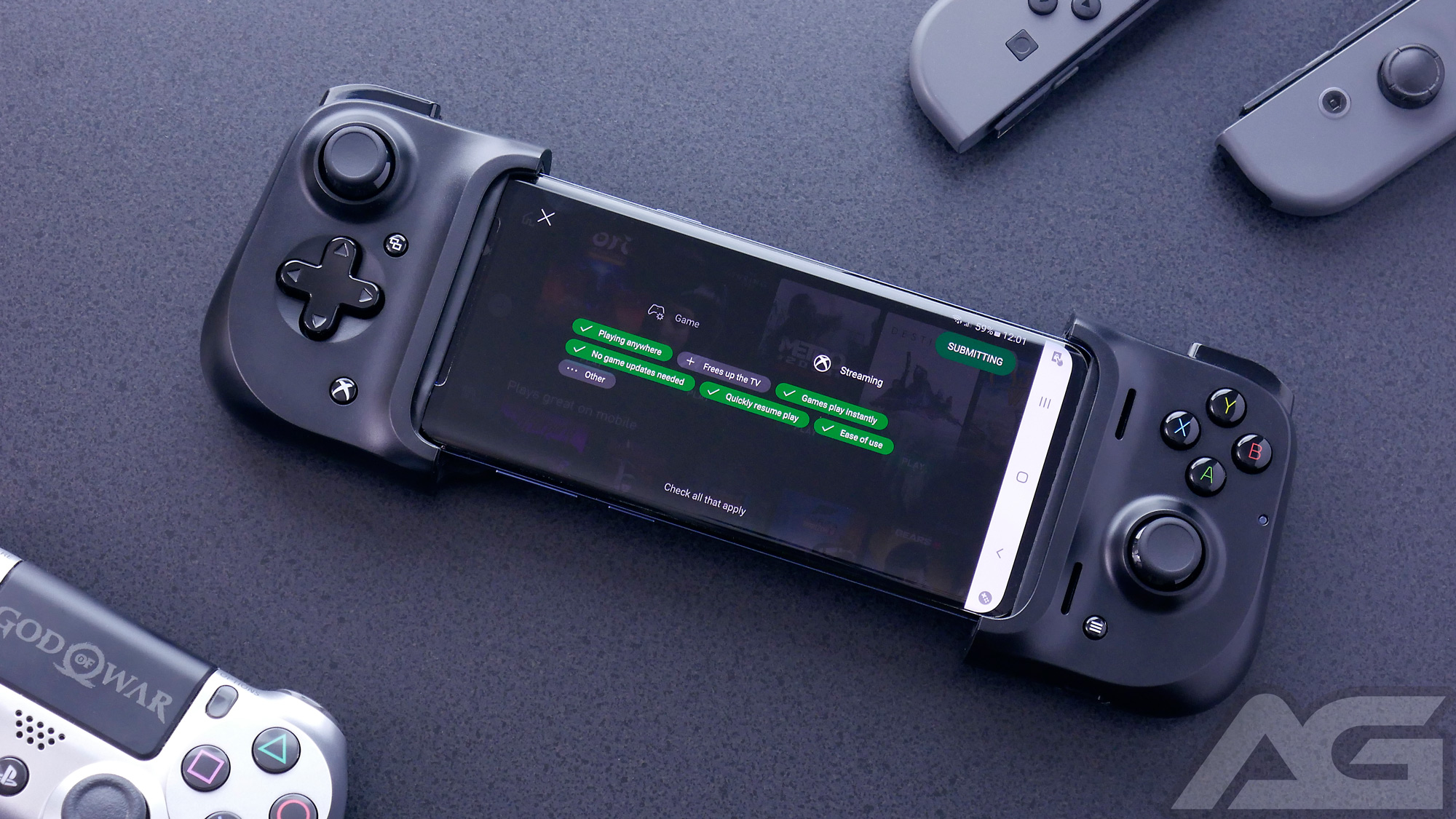 Xbox Game Pass Ultimate offers a wide selection of games, including old hits and new favorites spanning multiple genres for only $14.99 a month. Unfortunately, there are still some glitches in the system, and quality is capped at 720p at 60fps.

While it has its downsides, the service is still technically in beta, and there isn’t a better value out there at the moment. That could all change once Amazon launches Luna, but we’ll have to wait and see on that front.

For now, if you’re a fan of the games offered in the Xbox Game Pass Ultimate library–or you’ve always wanted to try some of them out–I’d say go ahead and sign up for at least a month to give it a try.

At the moment, Microsoft is running a deal where you can get the first month for only a dollar, so it won’t cost you much to decide if this cloud gaming service is for you. Check out our guide on how to sign up over here to get started.