One of the biggest pain points of living in the Internet of Things era is that there are just so many things that connect to our networks. Phones, tablets, smart watches, smart lights, computers, televisions, laptops, speakers, and game consoles are routinely found in most modern homes.

Have you ever tried to connect all of your gadgets to a single wireless router? It sucks. Things are exponentially worse when you use the router that comes from your internet service provider.

Slow and inconsistent Wi-Fi is worse than no Wi-Fi

Too often we find some devices hogging the data connection, kicking other things off. Or, worse, the smart TV that’s upstairs doesn’t want to stay connected to the router that’s in the office down in the basement. 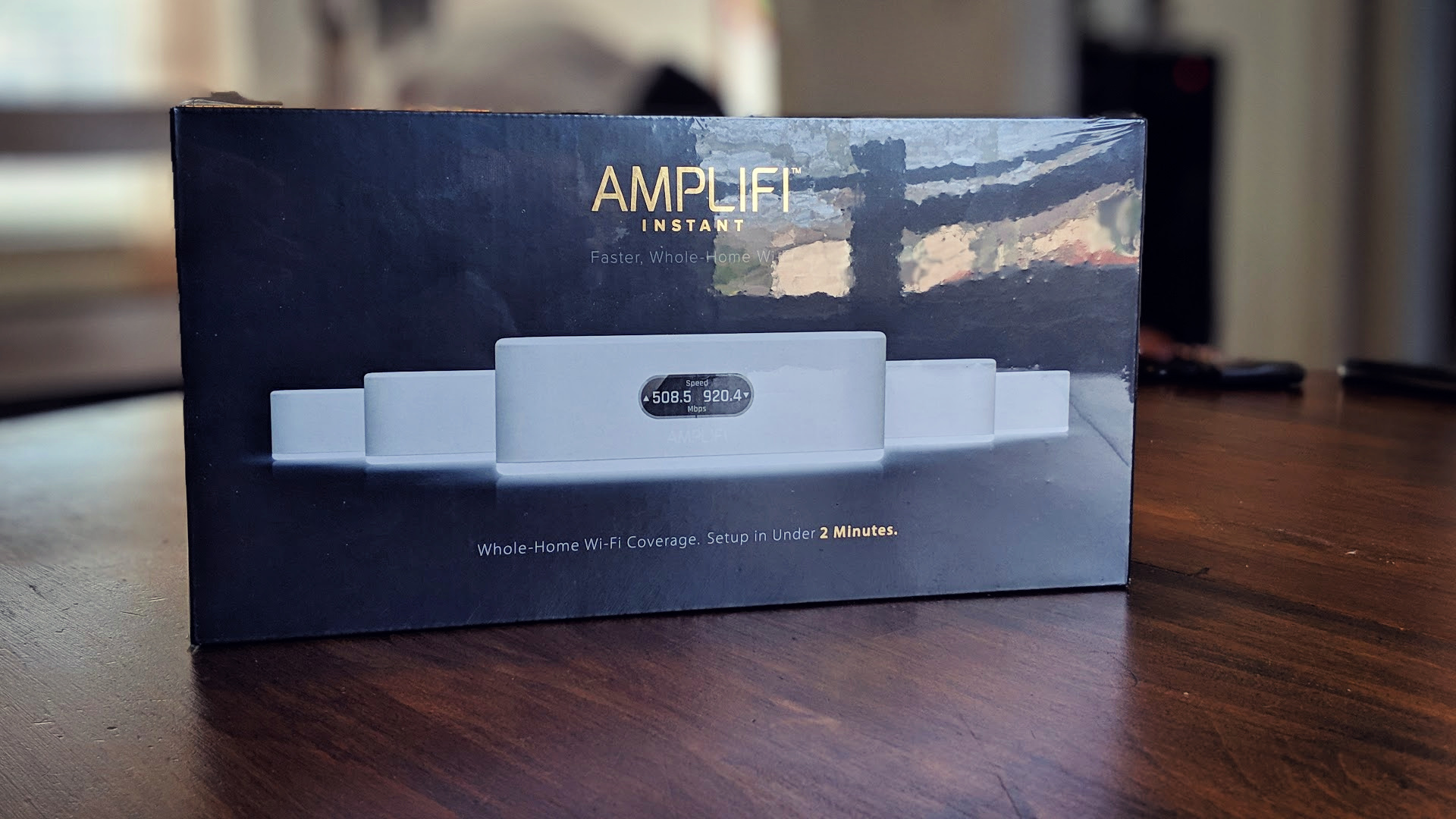 To solve these problems we turn to mesh networks. They’re not new but they’re game-changers. Not only do they help expand the overall footprint of your wireless connection, but they typically give users control over who gets access, when they get access, and more.

We’ve spent time with various mesh networks over the last year or so and really feel it’s the only way to go. Google WiFi and Eero are two peas in the same pod and we’re more than happy to recommend either one.

The Amplifi Instant, from Ubiquiti, is the most recent one we’ve had a chance to test. Here’s our review.

What is the Amplifi Instant?

Comprised of two small puck-like units, the Amplifi Instant promises a 2-minute setup. That’s an awfully bold claim to make, especially when you’re dealing with the concept of wireless networks. 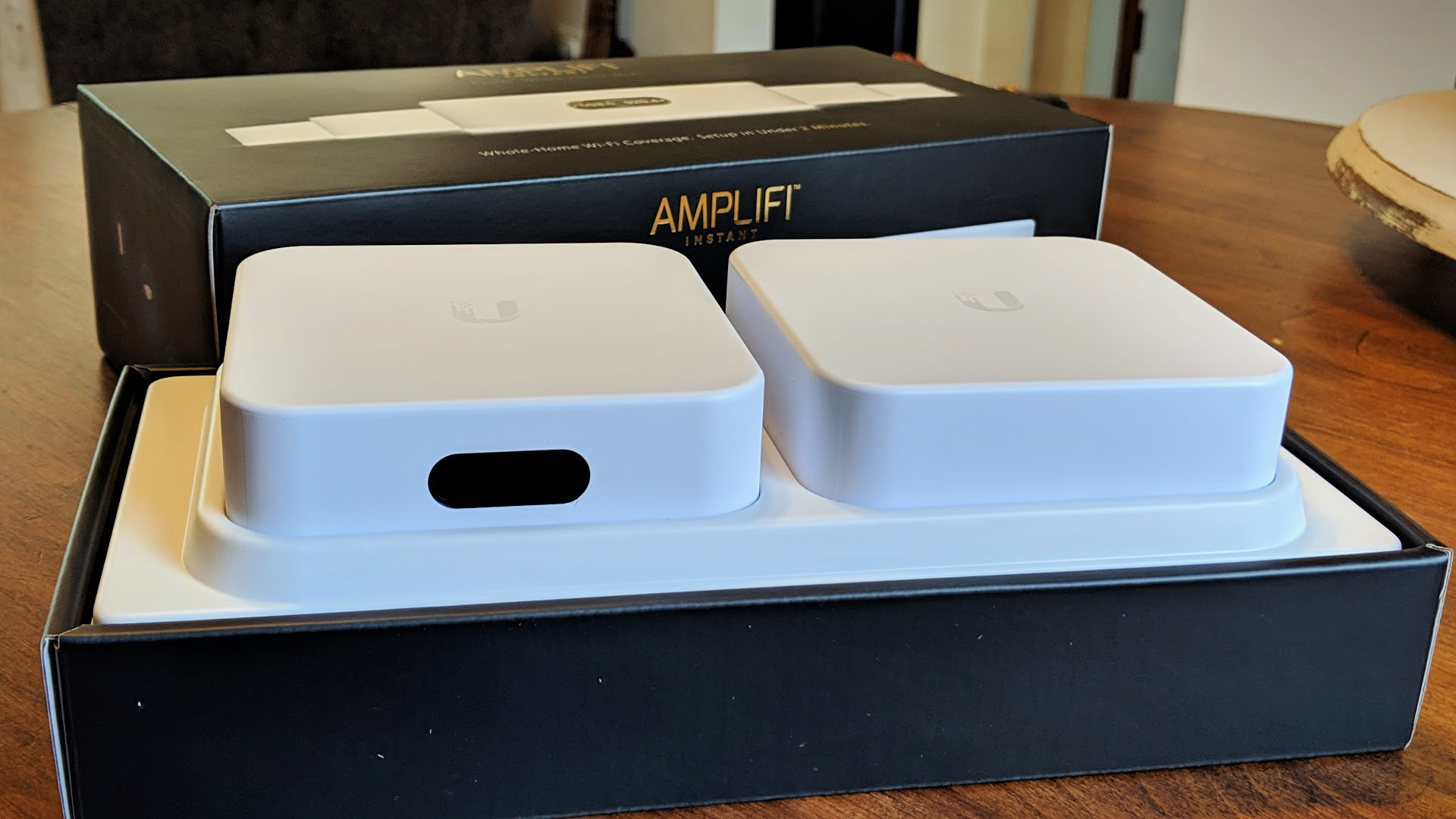 One piece is the main ‘Router’ which plugs directly into your internet connection and the other one, the ‘MeshPoint’, plugs in somewhere else in the house. The two speak to each other and help extend the wireless coverage throughout your home.

While you start with two components you can purchase additional MeshPoint units for a thicker blanket or to extend the reach.

Save for the display on the main unit, the two look fairly similar to one another. Both have a USB Type port for power, with lengthy cords, and each has a LAN port for plugging in a device.

That two minutes for setup? It’s the real deal. It’s really refreshing to put together a new network for your house and not feel like it’s a hassle. Gone are the days of messing around with PCs, settings, cables, and other tedious crap. There’s nothing scary whatsoever about setting up the Amplifi Instant.

You may spend more time walking around your house to plug in the two devices than in any other part of setup. Once plugged in, you open the mobile app and let it do its thing. All you’ll do here is pick the network name and choose the password. If you’re not convinced, or run into problems, you can access a 24/7 live support for help. 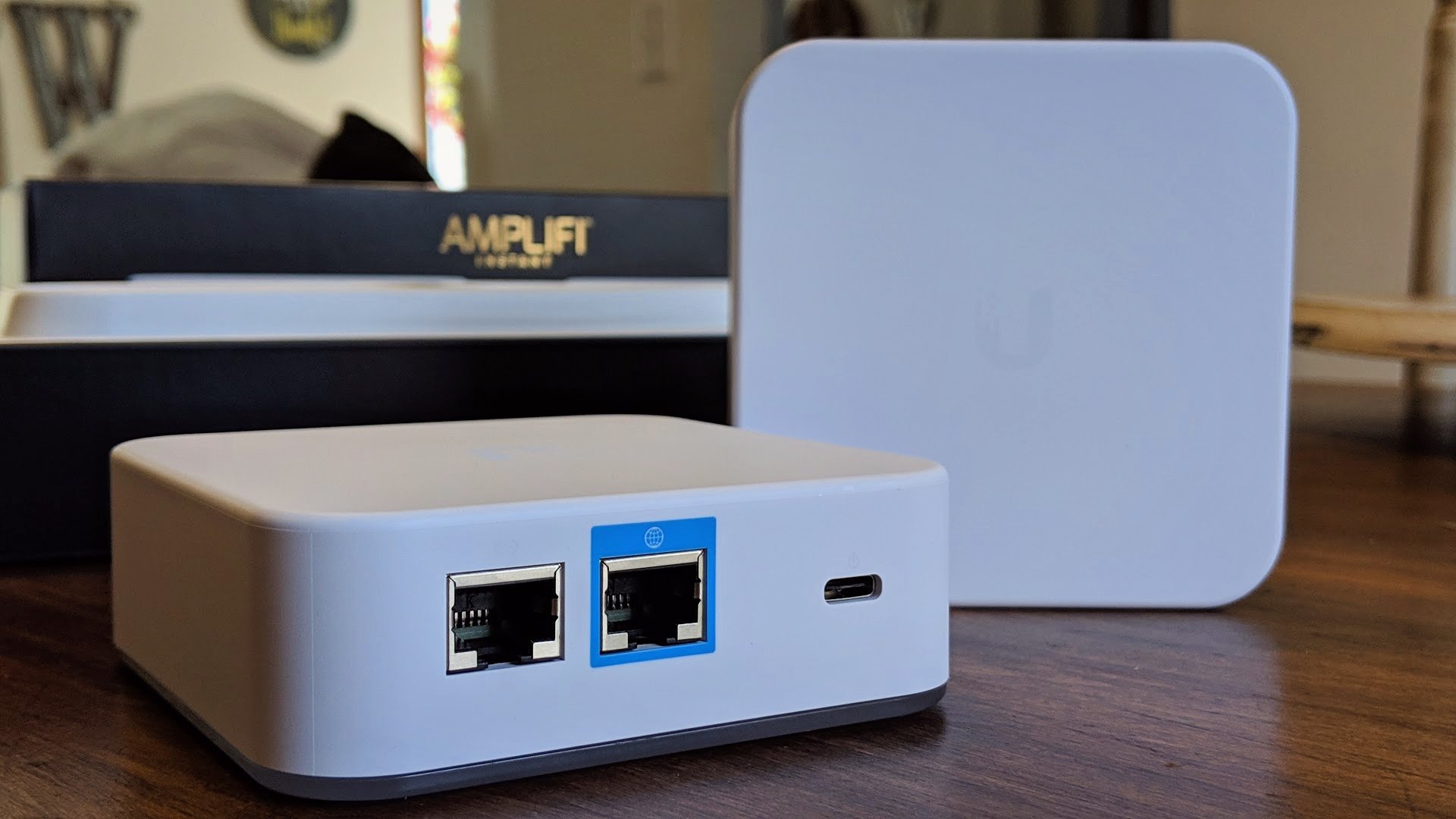 With both 2.4GHz and 5GHz bands available and speeds up to 300Mbps, the Amplifi Instant should sufficiently blanket a few thousand square feet.

Give or take a few walls and obstructions, there’s no reason the Router and MeshPoint can’t extend your connection from basement to second floor. You might see that signal is 70-80 percent but that’s far better than what you’ll get out of a standalone router or modem.

Everything you do is controlled via the mobile app which is really intuitive and user-friendly. Split into five key areas, here’s what you have at your fingertips.

This isn’t the sort of drill-down, be-all-end-all control you’ll get with pricey or more robust routers. Consider it somewhere in the middle of the pack in terms of price, functions, and capabilities. In short, there’s more here than most people will use but it’s not the most feature-rich, exhaustive stuff available.

Some households may necessitate a strong, flexible, network that allows for attached storage, additional hubs, external storage, and more. That’s not all that often, and that’s where the Amplifi Instant works well. Most homes just need a strong wireless network in a range of rooms. 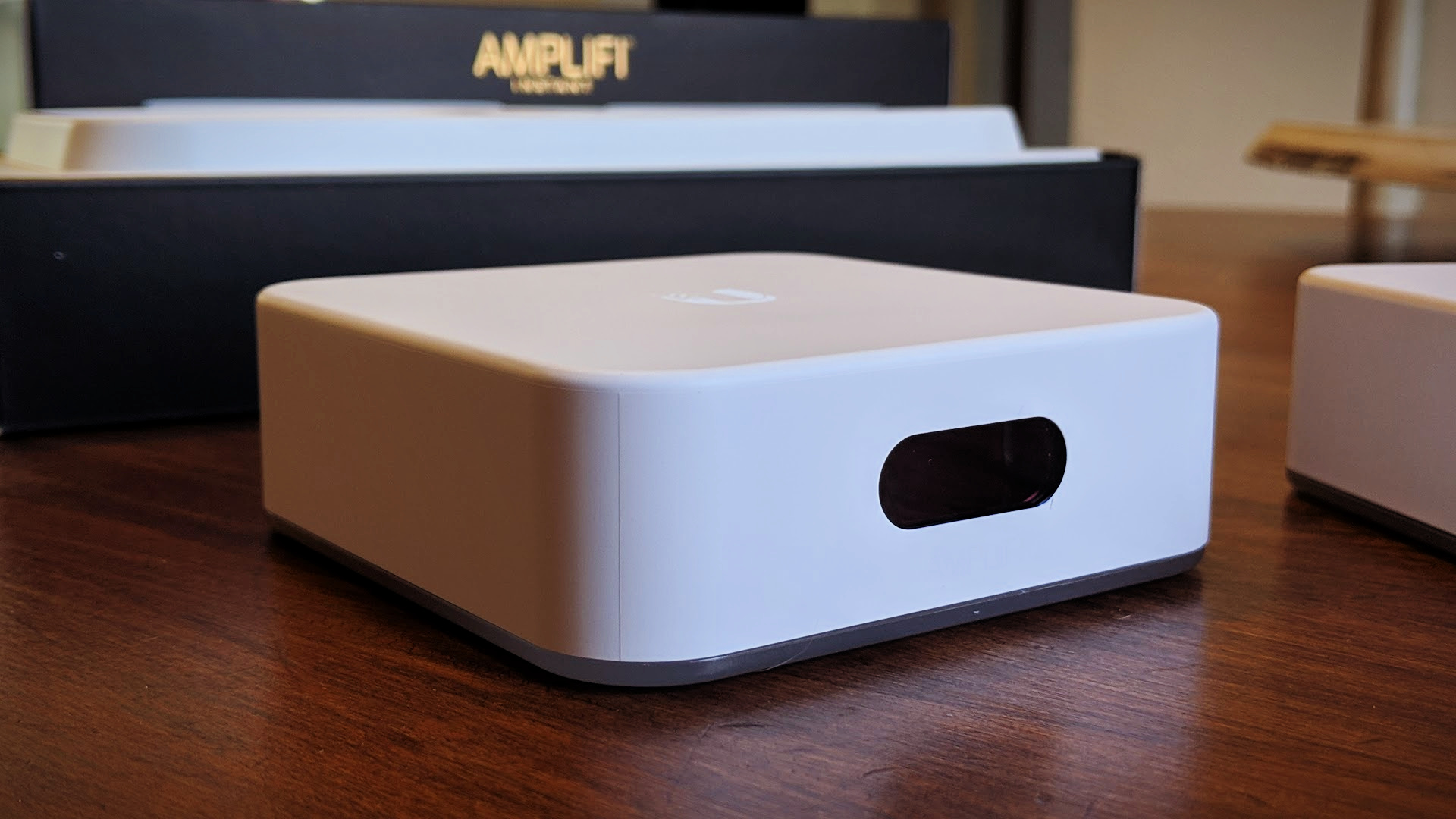 We appreciate that there is an Ethernet port in both the Router and the MeshPoint. Our particular setup calls for a few external devices to be physically plugged in. With the Eero, for example, we were unable to plug in more than one thing. So, we had to decide between network attached storage, a SONOS bridge, or Philips Hub. With the Amplifi Instant we were able to go with two of them. This was a bigger deal to us than it sounds.

The Amplifi Instant is simple to set up and just as simple to oversee and operate. We’ve lived through the time when setting up a home network was more costly and laborious. This is a breath of fresh air.

Those with more involved or specific needs will know what they’re looking for and already considering a particular alternative. To that end Amplifi offers a more extensive setup with the HD ($350) as it offers faster speeds.

The Instant’s two components are aesthetically pleasing and work well with any environment. Moreover, they’re small enough that they won’t disrupt the decor or draw unwanted attention.

We really like the Amplifi Instant as it’s affordable, user friendly, and scalable. It’s not the most feature-rich experience on the market but there’s likely a bunch of specs and details that common users will overlook or not completely understand. 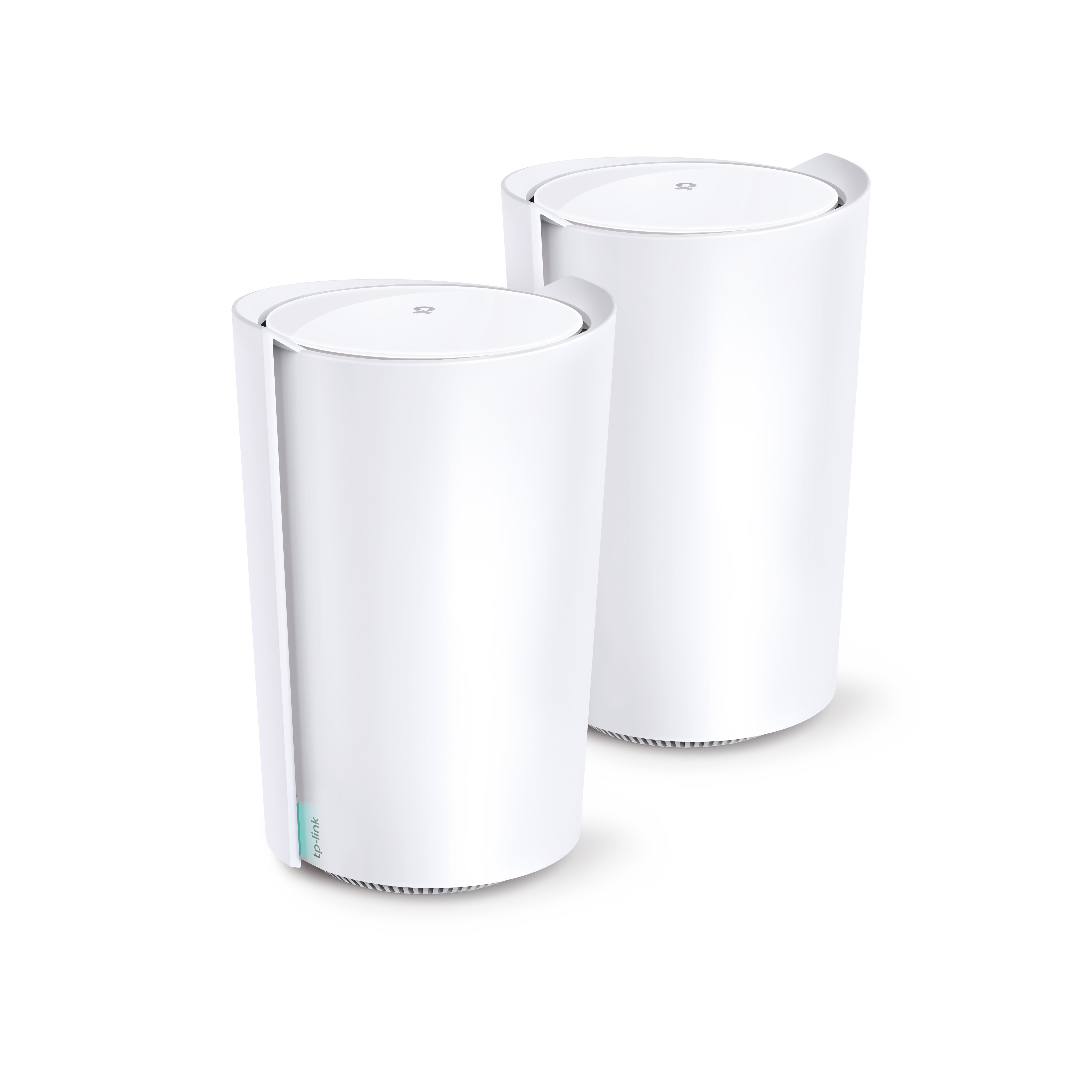 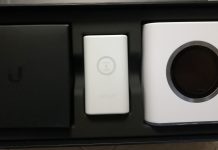 AmpliFi’s new Teleport aims to warp you back home (review) 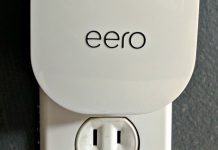