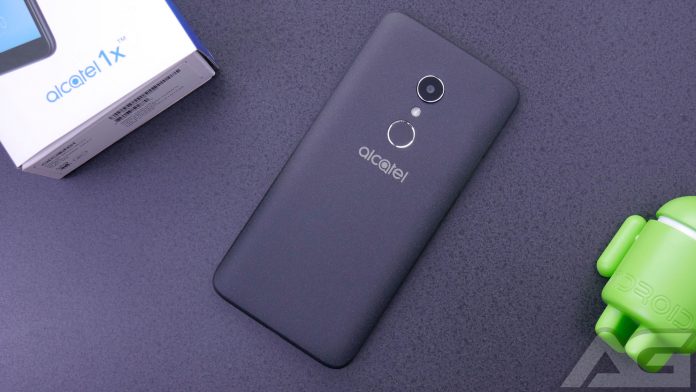 Android Go phones don’t get the attention that midrange and flagship phones do, but they serve a valuable purpose. Phones such as the Alcatel 1X provide a device with one of the most recent versions of Android at an affordable price. When I say affordable, I really mean it and Alcatel looks to give you as much as they can for a $100 phone.

When it comes to a phone that can be picked up for as little as $100 you don’t expect much from the design and materials. The Alcatel 1X is comparable to most other phones in this bracket when it comes to materials. Using a 5.3-inch 480 x 960 display with no oleophobic coating, meaning it will spend most of its time covered in greasy fingerprints. 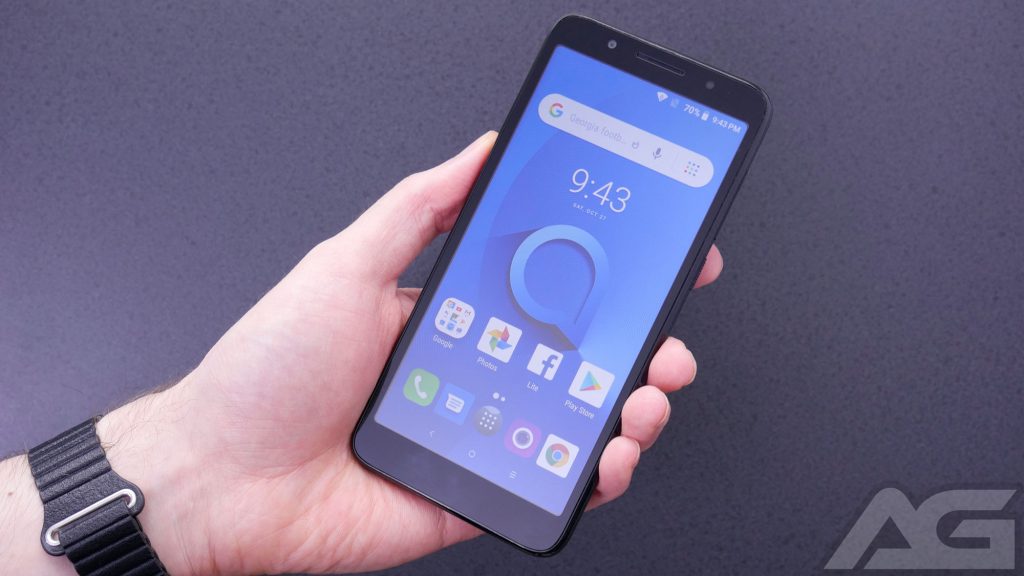 Even if it had an oleophobic coating, that still wouldn’t do much to help this display. The screen resolution is so low pixels are clearly visible and the dim backlight makes it difficult to see in bright sunlight. However, the back is made of a soft touch plastic that won’t impress but feels nice in the hand and is durable.

Where the Alcatel 1X does stand out is by including the new trendier 18:9 aspect ratio. Using this new aspect ratio makes it easier to hold your phone by making it slimmer and taller. It is something you typically see on flagships and higher-end midrange phones though. Alcatel did a good job by including it on the 1X to help it stand out amongst the crowd.

Not content with only using the new aspect ratio, Alcatel also included a fingerprint scanner. Yet another feature you would be hard pressed to find on a phone in the $100 price bracket.

Another way Alcatel impressed me is by placing the only speaker on the phone in the earpiece. By utilizing the earpiece as the loudspeaker it ensures that the audio from videos, games, and music is projected directly at you.

No worries about covering the only speaker on your phone with your hand or being forced to hold the phone in an awkward position. While the speaker itself wasn’t the best quality, simply having it face you makes it sound much better and louder. 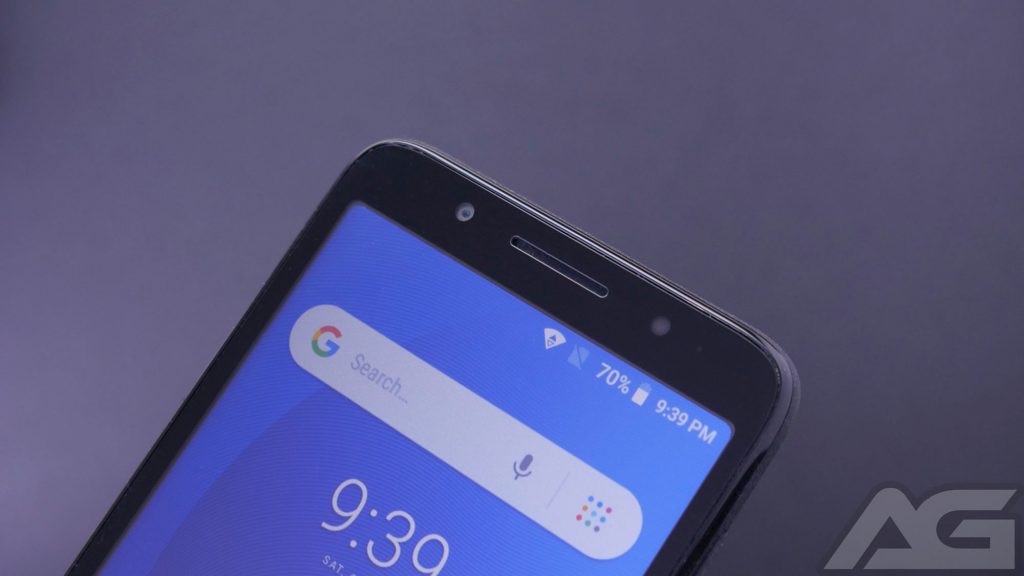 If you enjoy using headphones more than the speaker, then you’ll be happy that Alcatel included a headphone jack. Unfortunately, the other port on the phone is micro USB instead of USB-C.

An argument could be made that most people buying a phone in this price range might not have a collection of USB-C cables and that using a micro USB port also keeps the cost down. However, I’m in the crowd that wants to see micro USB killed off and I’m tired of seeing new devices released using this outdated port. 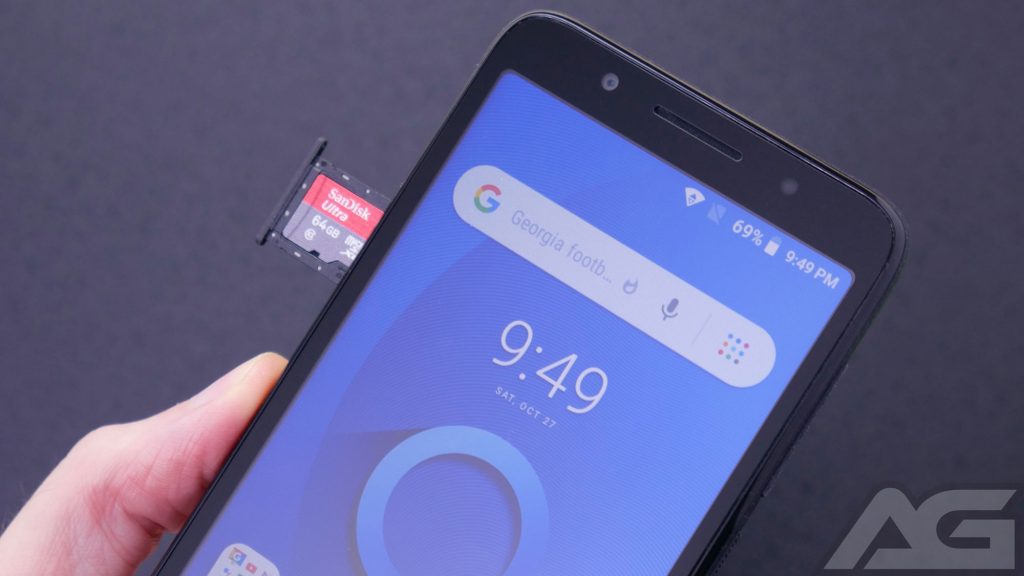 There is a microSD card slot included on the left side of the phone and with only 16GB of storage, you’ll be happy to have access to it. While Alcatel’s site claims it only works with cards up to 32GB I was able to use my 64GB card with it. The only issue being it required me to format the card while no other phone ever has.

The Alcatel 1X runs Android Oreo 8.1 Go Edition, which is not your typical version of Android. This is like Android Oreo put on a diet, where you get all the great features of Android but in a slimmed down package. By taking advantage of this version of Android you gain nearly twice the amount of storage along with lighter apps that run faster on lesser hardware.

Read More: What is Android Go? 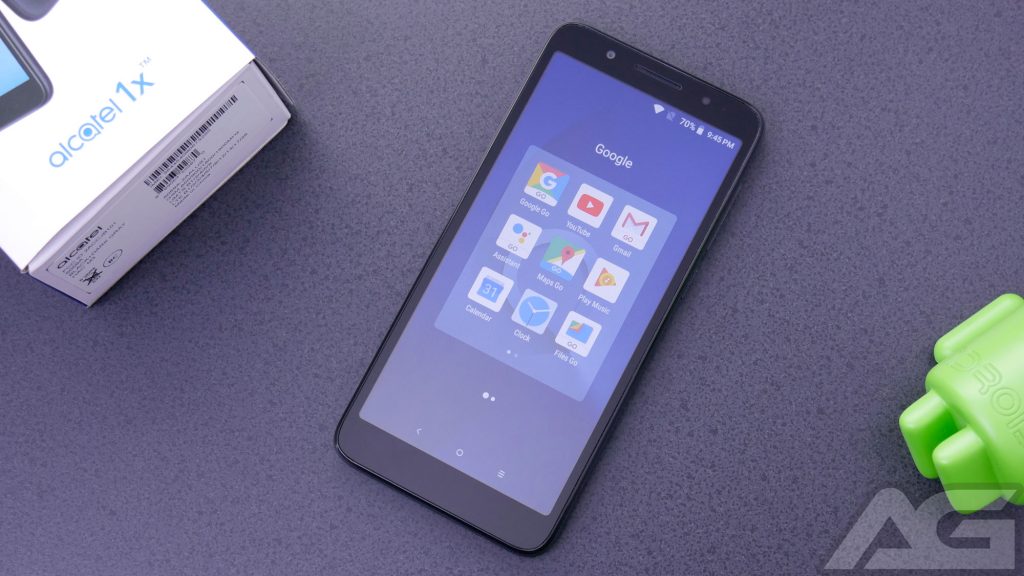 While using Android Go Edition I never found myself wanting or lacking any of the features I regularly use on my own phone. It even includes extra features such as night mode, one-handed mode, and customization of the navigation bar.

The Alcatel 1X isn’t the first low-cost Android phone I’ve ever used or reviewed. I’ve come to expect the performance to be, in a word, frustrating. Indeed, that’s what I encountered with the Alcatel 1X. I was hoping it would run faster or smoother by utilizing Android Go, but instead, I encountered the same lag I’m accustomed to from other entry-level Android phones. While waiting for apps to load and especially games it can really test your patience.

However, it would be a lot to ask for a quad-core 1.28GHz Mediatek processor to load most Android apps quickly. The one bright spot was that it handled multitasking quite well compared to other phones with 1GB of RAM. Generally, I’m accustomed to other phones dropping apps out of memory more frequently even with 2GB of RAM.

That doesn’t mean it is great for multitasking, only that it is better than other phones I’ve used in the past with this little of RAM. Undoubtedly, this must be one of the benefits of using Android Go and the Google Go apps. 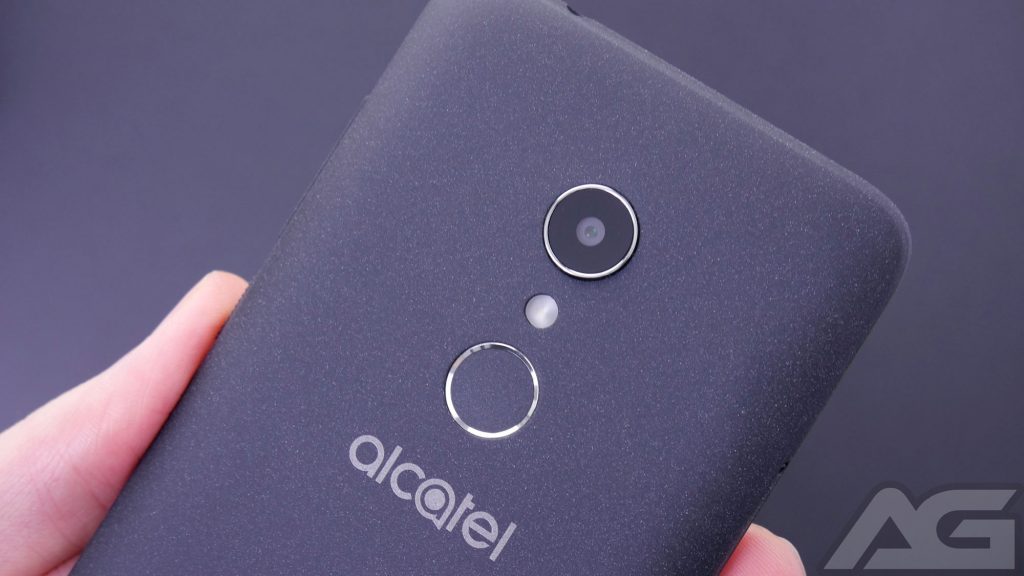 The 8MP f/2.0 rear camera is not going to win you any photography awards, but you have to remember this is a $100 phone. It features an HDR mode that appears to make everything overly bright and makes taking photos much longer. The dynamic range overall is lacking and low light images exhibit a lot of noise. Overall the camera is functional but not impressive.

Unfortunately, the front camera appears to be even worse. I struggled to find an area where I could take a selfie that would illuminate my face. The 1X continuously compensated for the exposure of the background rather than exposing for my face. Even when I tapped my face on the screen, it did no good.

In general, entry-level phones have great battery life and the Alcatel 1X is no exception. Due to their slow processors, lower resolution screens, and generous batteries they tend to sip battery power. With the Alcatel 1X I was able to get 5 hours screen on time in a day and with more moderate usage up to two days of use. The battery life is one area the 1X won’t disappoint.

In the end, the Alcatel 1X isn’t a fast phone, it’s not great at taking photos, but it is a quality phone for the price. There aren’t many $100 phones that offer an 18:9 aspect ratio and a fingerprint scanner, let alone both. Even though the specs are less than impressive, the use of Android Go helps squeeze out a little extra performance over others that run traditional Android.

Typically when you’re in the market for a new affordable phone, you cannot be too particular about finding one with extra features. Alcatel looks to give you a small taste of some premium features without breaking the bank.

Buy from Amazon Buy from Best Buy Buy from Walmart