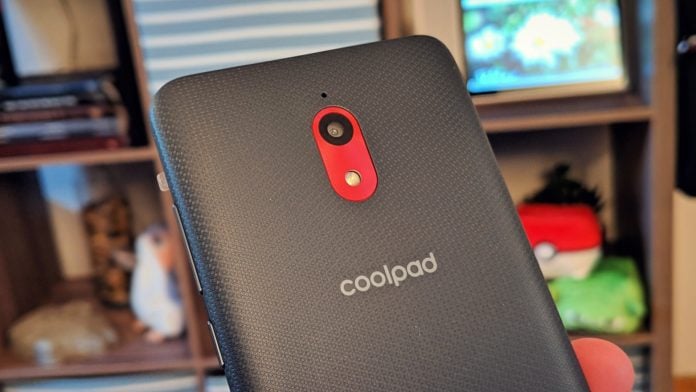 Android Go is an interesting concept. First introduced with the Android 8.1 Oreo update, it’s a version of the mobile operating system designed for devices with 1GB RAM – or less. In short, it’s a stripped down version of the Android experience that requires little hardware.

When you look at the specifications of most Android Go phones you’ll find they all sound like old, outdated handsets. Instead of 32GB and 64GB internal storage you’ll see 8GB and 16GB. Instead of octa-core processors of 2GHz or higher they have quad-core chips at lower clock speeds.

What does this mean to the user? If you’re a high-end gamer or someone who likes to push a phone to its limits, it means nothing. You won’t even look in the direction of an Android Go phone. On the other hand, if you are looking for something more than a feature phone but don’t want to spend a ton of money, they’re great.

READ: What is Android Oreo Go?

Android Go phones are also good for parents who might be adding children and first-time smartphone users to a family plan. They’re often really inexpensive and, in some cases, are offered unlocked to work with a variety of carriers. Others, though, are sold through a wireless service provider. 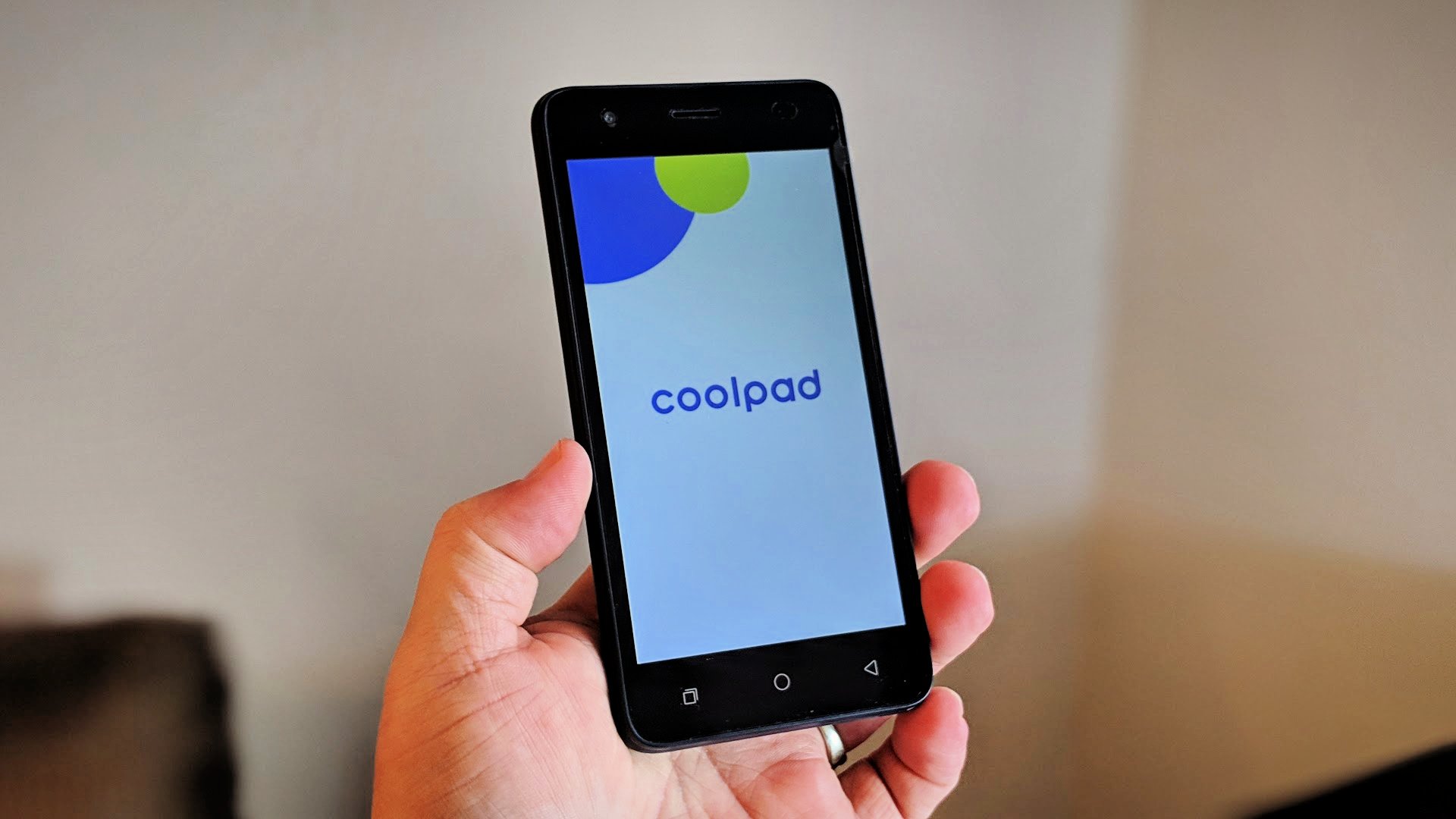 One such Android Go phone, the Coolpad Illumina, can be purchased through Boost Mobile for a mere $30 right now. Typically priced at $80 on a normal day, it’s a great entry point for consumers dipping their toes in the smartphone water.

Those who have owned multiple Android phones over the last 5-10 years likely had a device with hardware similar to the Illumina. And, at the time, it was more than what they might have needed. That much hardware, with Android Go, is still sufficient for a lot of users.

While most of today’s big-name releases tend to feature cutting-edge tech like AI, dual-cameras, and edge-to-edge displays, you won’t get that here. The Coolpad Illumina is a no-frills experience that doesn’t even have a fingerprint reader.

When compared to other phones of the day, the Illumina comes off as clunky, chunky, and cheap. That’s harsh stuff to say, but that’s the reality. The trick is to not look at it against other devices. Sure, it’s still a throwback to the earlier days of Android, but that’s fine. It worked for the masses then and it’s still good enough for a lot of people. 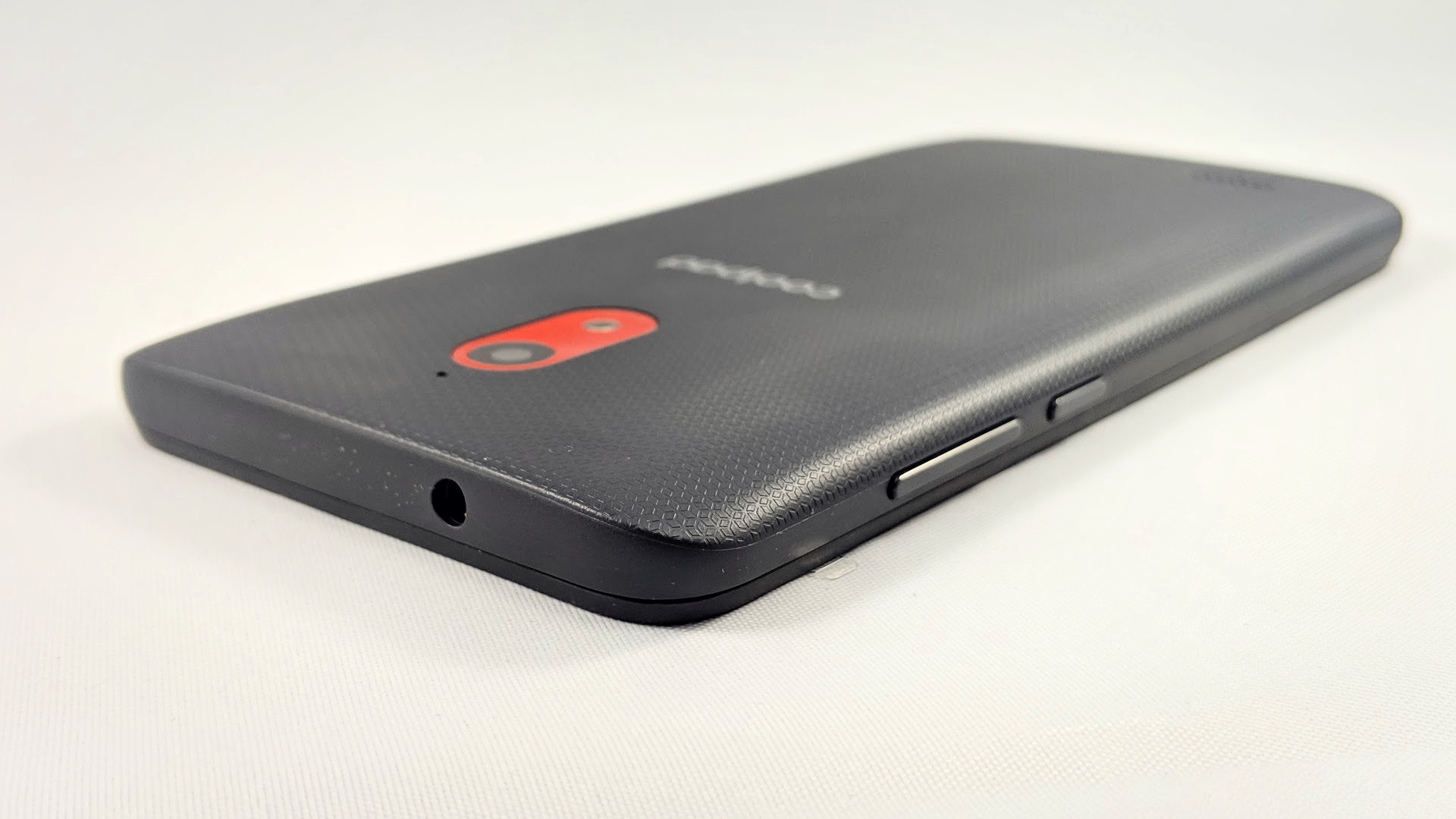 There’s nothing special or fancy about the design of the phone; it certainly feels like a budget prepaid device. The plastic back cover can be removed to insert the SIM card, microSD card, and battery.

On the topic of the back, we do have to give Coolpad a bit of credit. Instead of sticking with an uninspired black or gray or going with a completely generic look, they add a touch of pizzazz. The red accent frames the camera nicely and the textured battery cover gives users a little something extra to feel.

As for the display, well, Illumina is a bit of a misnomer. The screen is among the lowest quality we’ve seen in some time. Not just in terms of resolution — 854×480 pixels — but the viewing angles and brightness. 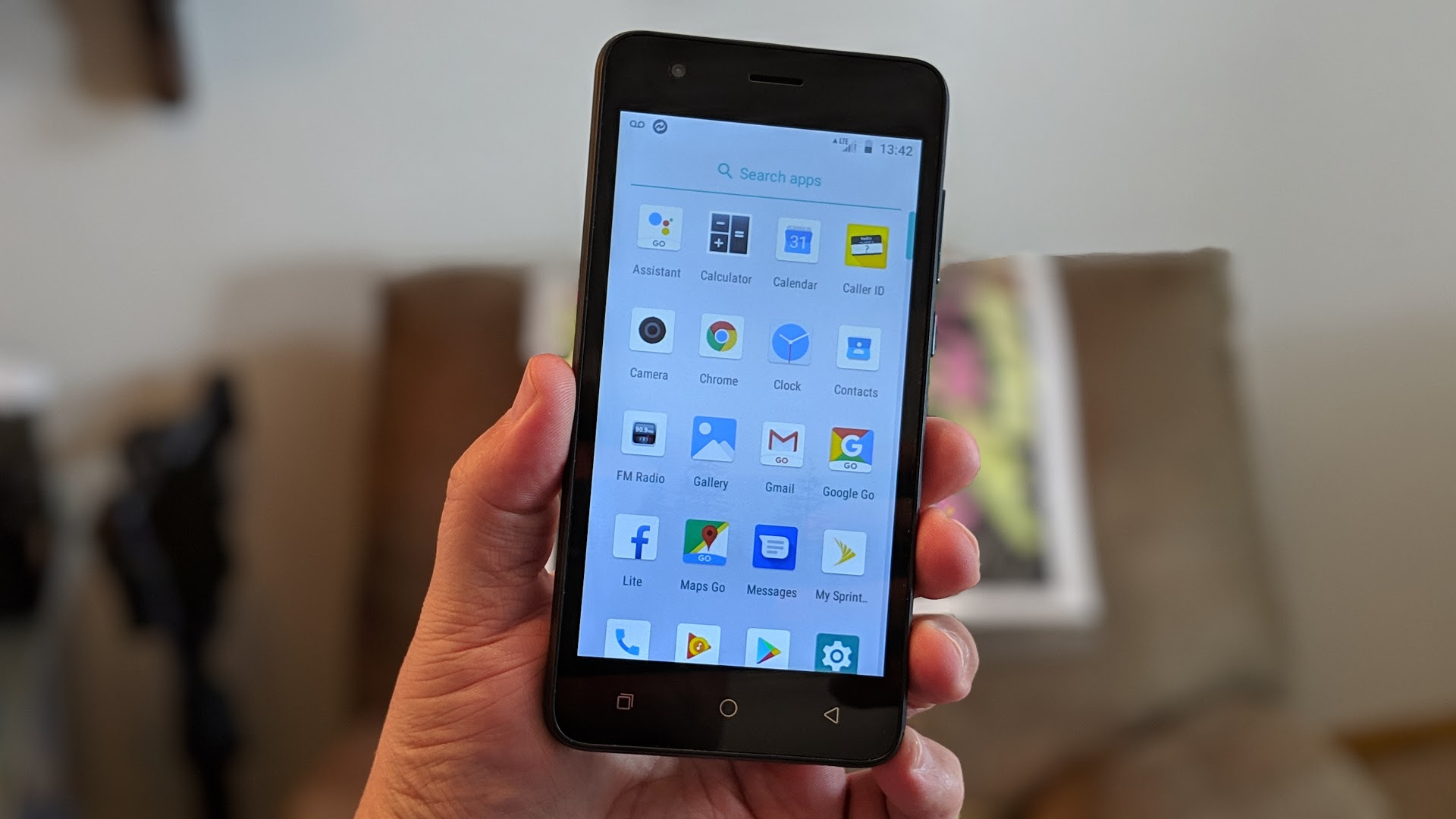 Looking straight on at the phone the Illumina is fine for reading and a touch of movement. Put on a movie trailer and/or view the screen from a tilt, and you’ll have a hell of a time with it. Side-to-side angles aren’t bad, but the up and down tilting is agonizing.

Colors are generally washed out and the whole thing comes across as muted. Even at its brightest setting we had trouble seeing the full picture of the display anywhere but head on.

To make matters worse, there’s a reflective cover to the screen that catches every light in the room. Pitch black comes off as silver and other colors virtually disappear. Take the phone outside on a sunny day and you’ll go mad trying to watch a video clip.

As much as we would like to tell you that Android Go makes the most of the hardware in the Coolpad Illumina, we can’t. Even the stripped down, optimized software can’t help. Looking for games and multi-tasking? Forget it. You won’t find it here. 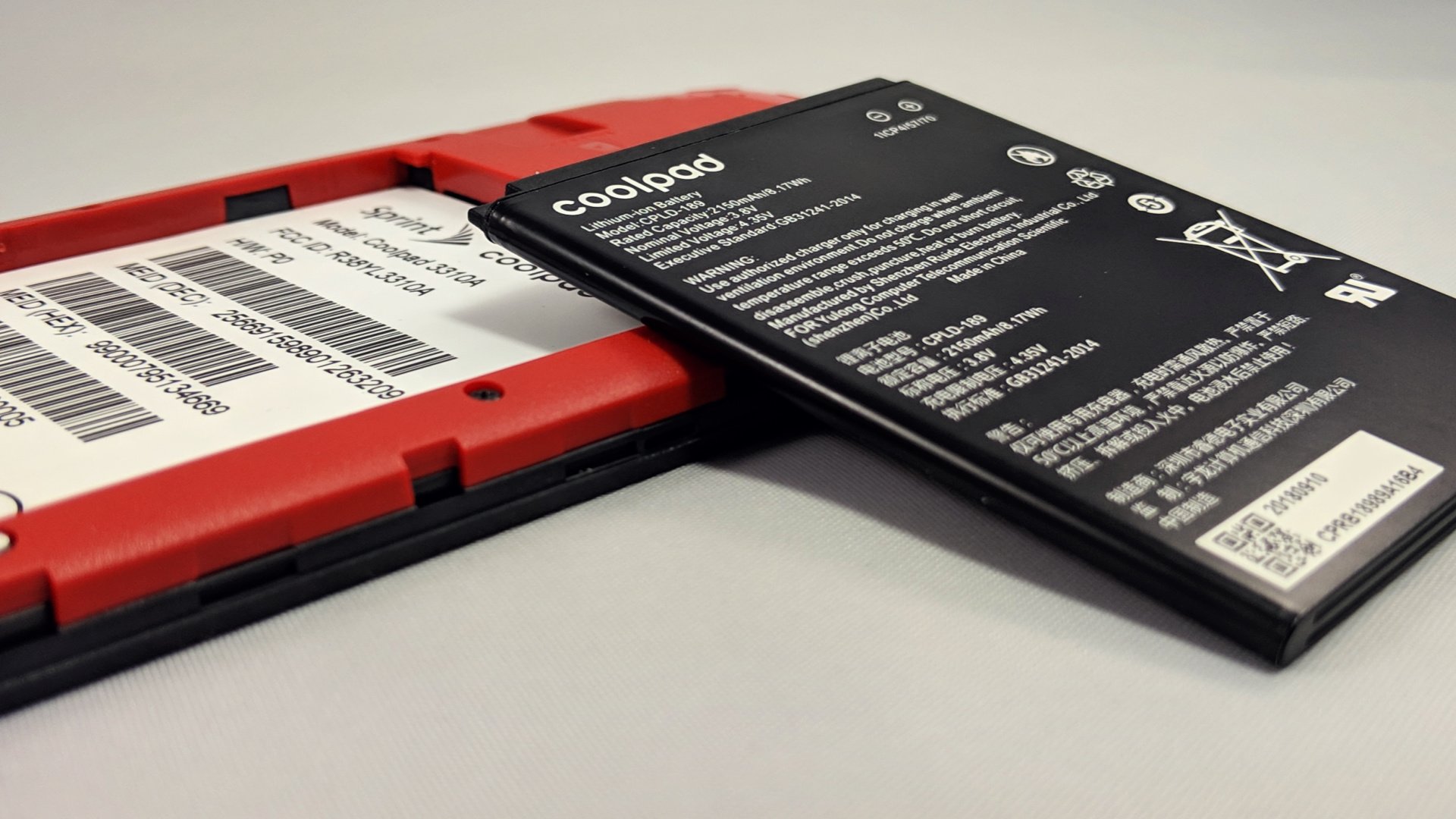 Everything you do with the phone is met with a pause, even if it’s the slightest of one. Swiping up to get into the app tray, pulling down the notification shade, and opening apps are all noticeably taxed processes.

Sure, we’re spoiled rotten with daily driver phones that run laps around the Illumina. We are likely seeing things that others might not, particularly if they’ve not had a smartphone. With that said, you could fast grow tired of the lag.

We cannot begin to imagine how this phone would run were it using the standard version of Android. Android Go, and the Go versions of apps, are designed with low-end hardware in mind, and we think we’ve found the far end of the spectrum.

Even with the lean software build our review unit ended up using some 36 percent of the storage out of the box. Thankfully, there’s a decent selection of Google apps pre-installed, including Google Go, Chrome, Assistant, Maps Go, Play Music, YouTube Go, and Play Store. 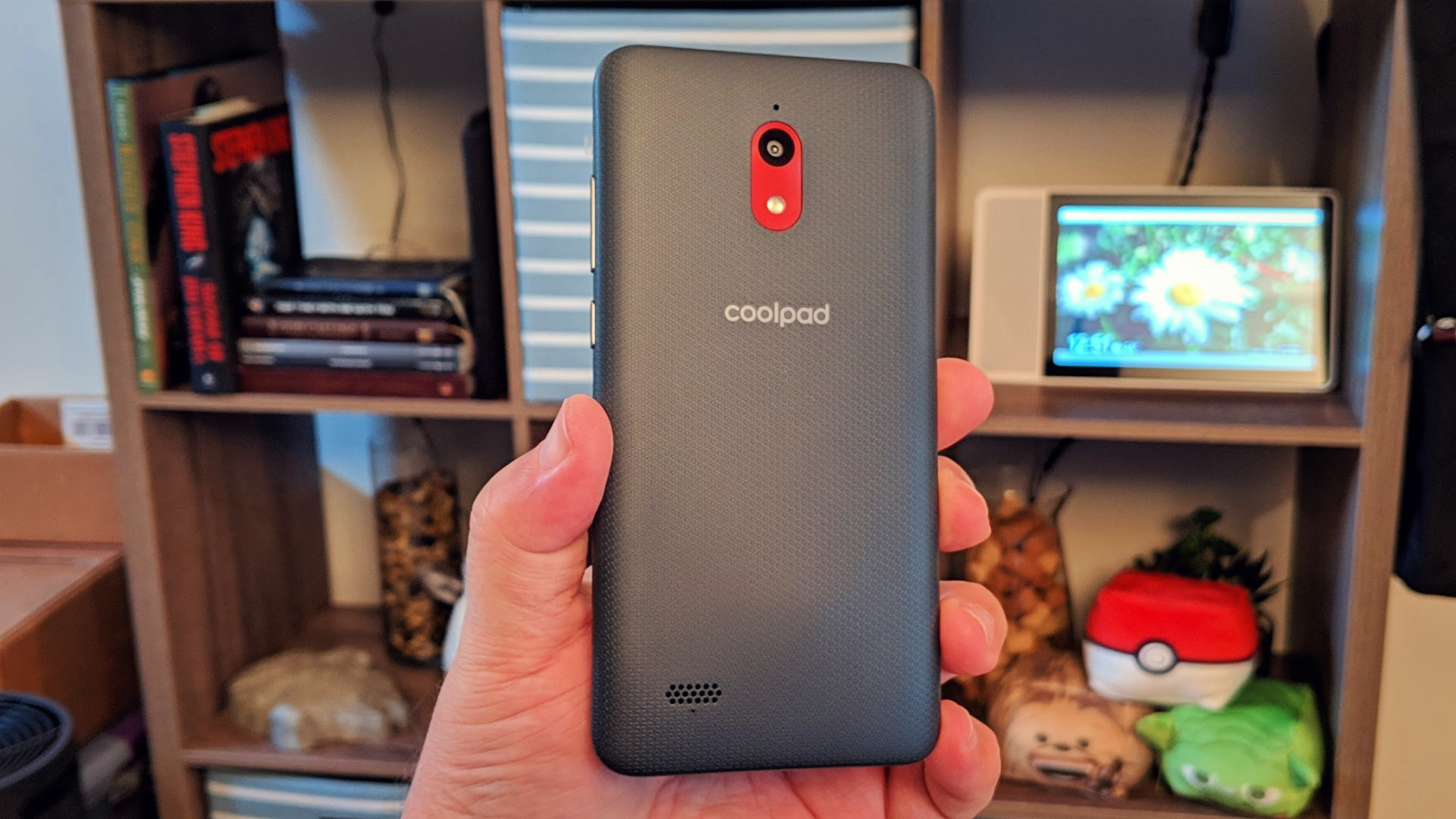 You read that correct, Assistant is its own app. That means no omnipresent Google aid to help you with directions, answers, and reminders. At least not with a long-press of the home button. Our suggestion would be to make sure the shortcut to Assistant stays close to the home screen.

Google Maps, as helpful as it is, goes back in time to an era prior to turn-by-turn directions. That’s nearly a decade for those who don’t know. You can get the directions but you’ll need to install a separate app for the experience.

At first we thought things didn’t look so bad when viewing on the phone. Then we moved them to a PC to give them a proper look. Yikes. Quality was very low and there didn’t seem to be any sharpness or true definition. Color was muted and uninspired and shutter speeds were plodding.

We don’t want to spend too many words going in on the camera so we’ll just share a few samples. Mind you, these were in the best lighting conditions possible.

We try to have a soft spot for upstart brands and companies who seek to deliver more bang for the buck. We want so much more for this phone but, sadly, it’s difficult to find the silver lining.

The limited-time $30 price tag might be really enticing to some, but even here we have a hard time recommending the phone. At its normal cost of $80 we can unequivocally say it’s overpriced. 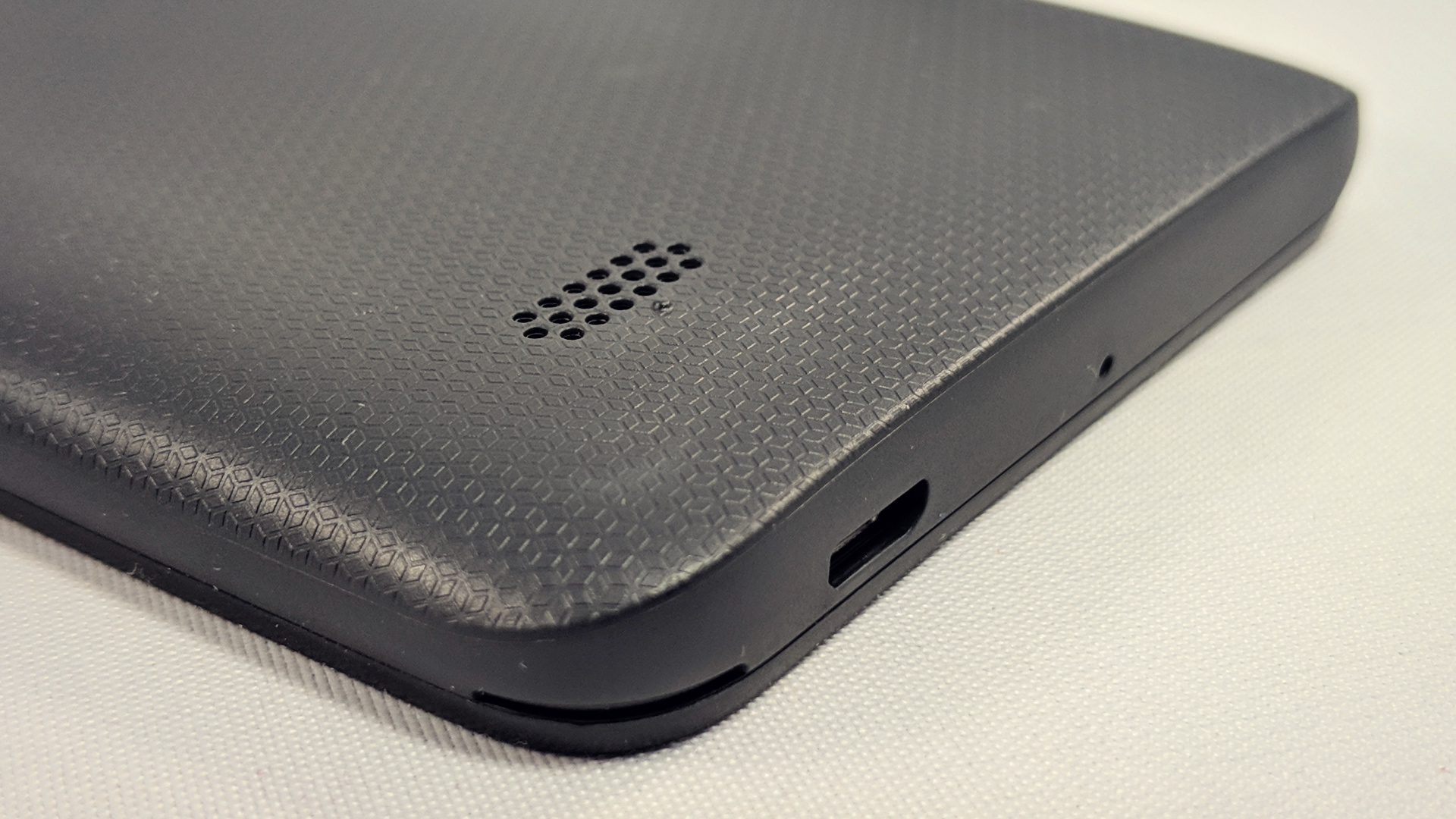 From time to time we’ll concede that a prepaid phone or something on the low end of price can suffice in a pinch.  We call ’em Band-Aid devices. Lose your phone or break it? Sometimes you can get away with something under $100 and hold onto it for more than a few weeks. That’s not the case here.

Do you know how you’ll see cheap car chargers and headphones at the gas station checkout? Priced at a fraction of what a “real” accessory might cost, they’re best viewed as disposable items that work in a true emergency. That’s where we’d put the Coolpad Illumina.

If you absolutely have no extra money and really need to access your email and messages, then fine. Do it, but replace it the first chance you get.

If you’ve got about $100 or more to spend on a phone, we would recommend looking elsewhere. Perhaps a Blu or Alcatel phone. Or, check to see if there’s a previous generation Moto G or Moto E that’s available.

We can’t see anyone being content with this device besides a child getting its first taste of smartphone. Maybe that’s who Coolpad had in mind for the Illumina. If that’s the case, we get it. This makes for a cheap way to see if a kid can be responsible with a phone and take care of one before moving into something more legitimate.

1 of 9
Note: Select outbound links may include affiliate tracking codes and AndroidGuys may receive compensation for purchases. Read our policy. As an Amazon Associate we earn from qualifying purchases.