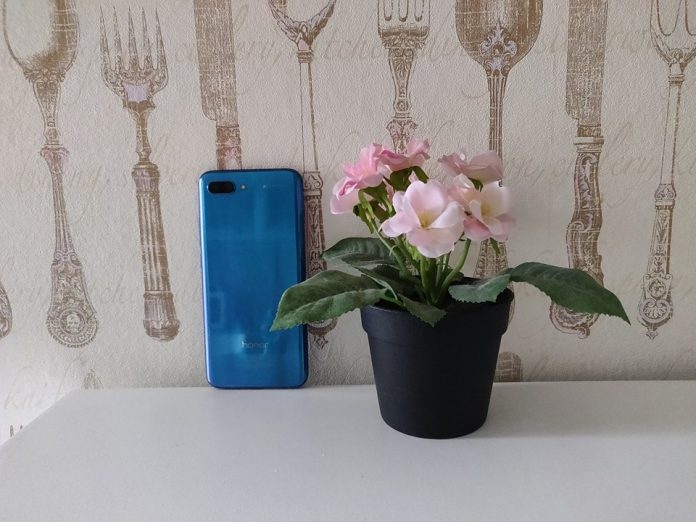 Putting the words “affordable” and “flagship” used to feel like an oxymoron in the recent past. But not anymore, as more and more manufacturers have reached a point where they have achieved a great balance between specs and price.

OnePlus has been spearheading these efforts with its line of premium, yet still affordable products that have, over the years, become an icon of budget excellence. Obviously other Android manufacturers have been very quick to jump on board with the new trend and offer their own takes on the category.

Indeed, affordable flagships are a thing now, and they are taking away some of the premium segment’s long-standing appeal. With good reason. After all who wouldn’t want the best specs and features in a cheaper package?

One of the newer affordable flagships was introduced earlier this year by Huawei’s sub-brand, Honor. The Honor 10 is a tremendous device which borrows a lot of features from Huawei’s more expensive P20 flagship. But the big question here is, does it have what it takes to dethrone the OnePlus 6 from its place of glory? Below we take a look at what the Honor 10 brings to the table. 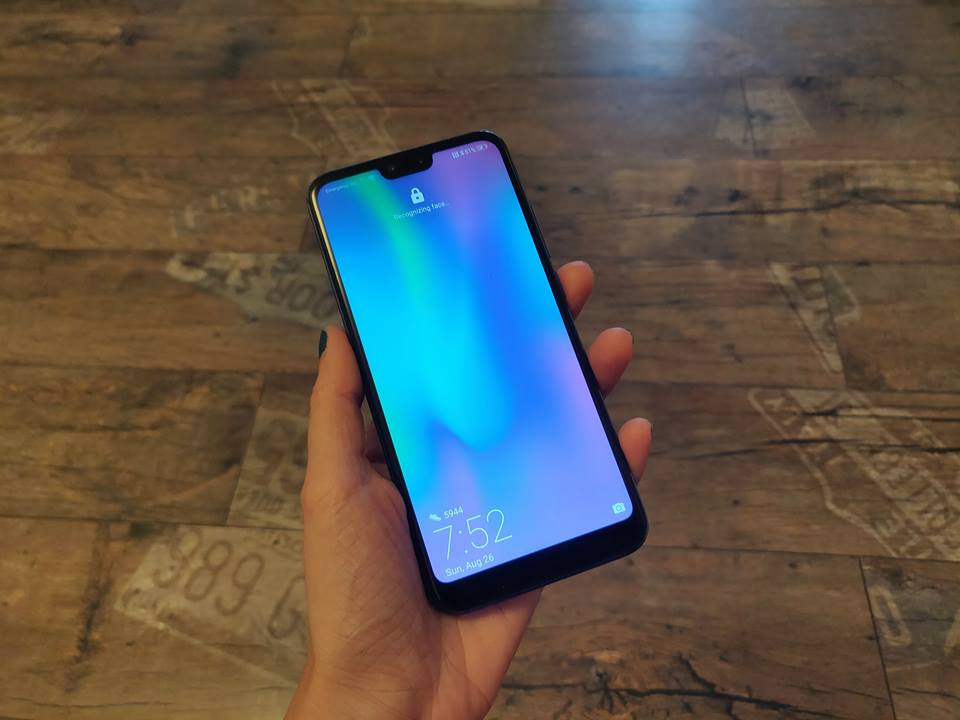 Design was obviously a big focus here. The back of the Honor 10 is reminiscent of the high-end Huawei P20 with a gorgeous Twilight gradient-effect that makes the phone look really unique. This will give you a different shade and look depending on what angle you view the device from.

Honor says it has achieved this super-polished, striking design by stacking more than 15 layers of glass on top of each other. On top of its sleek coloring, the Honor 10 features a mixed metal and glass body.

In this respect, it’s not very different from most of the flagships we’ve seen arrive this year. The device has metal sides and a 2.5D glass back that houses the dual-camera setup and the Honor logo at the bottom. While the phone looks quite beautiful, it’s shiny back is a magnet for fingerprints. Also, it’s very slippery, so you might use a protective case with it. Our review unit came with a clear case, but unfortunately, we found it was also prone to gathering grime and marks. 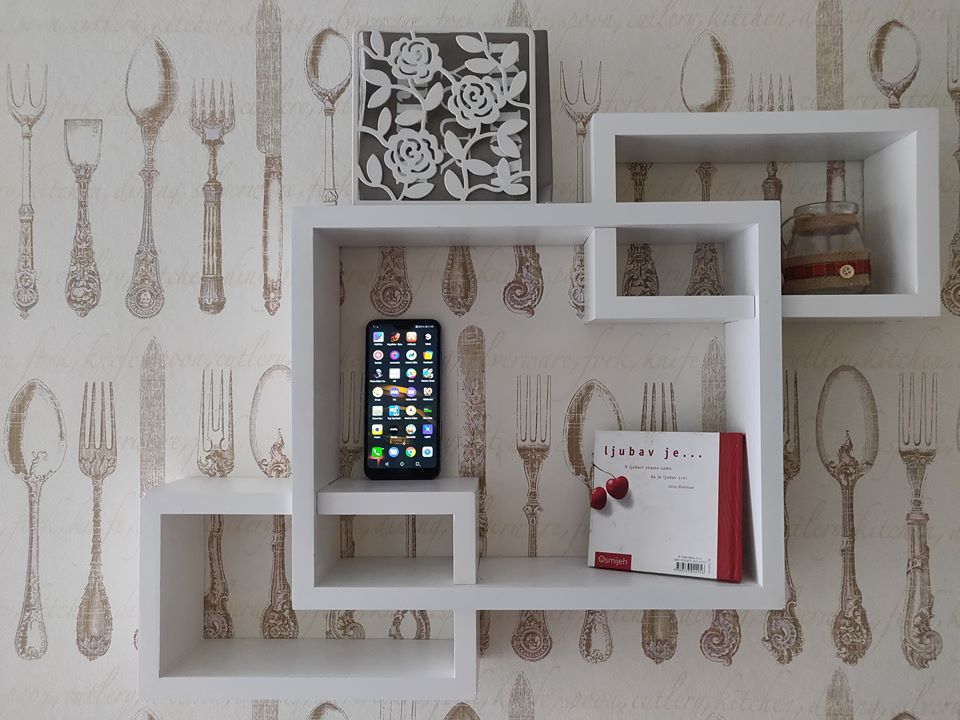 The Honor 10 is also a very trendy device in the sense that it features the all-popular display cutout (aka the notch) at the top of its 5.84-inch LCD panel. But don’t worry if you’re not a big fan of the rectangular bump. Honor provides you with the option of hiding it if you so prefer.

The Honor 10 is indeed quite a looker

The resolution of the screen is only FHD+, which is exactly what it’s direct competitor, the OnePlus 6 is offering too. Overall, we found the display to be bright, clear and vibrant, so we don’t have any major complaints in this department. If you prefer warmer or cooler tones, Honor gives you the option from Settings to tweak the color temperature or contrast. But, we kept it in the out-of-the-box Vivid mode.

The phone features a so-called bezel-less design with a minimal chin which houses an under-glass fingerprint scanner, which is wonderfully responsive. So instead of a physical button, you’ll find the Honor 10 has a subtle pill-shaped outline that shows you where your finger should hit the scanner. During the weeks we used the Honor 10, we found ourselves using the fingerprint scanner quite a lot. Although, its placement is less than ideal in our opinion, as we tend to prefer devices that incorporate it on the back.

The phone also features a face unlock feature which is super-fast too. It works incredibly well and is able to recognize you even if you’re wearing sunglasses or a hat.

Like the OnePlus 6, the Honor 10 keeps the 3.5mm headphone jack, which is located at the bottom, next to the USB Type-C port and the speaker. Speaking of the speaker, it offers a moderate performance, but don’t expect anything too spectacular. Yeah, it does its job, but it doesn’t offer anything out of the ordinary. Maybe except for the fact that it doesn’t tend to distort sound at high volumes.

The Honor 10 is a super-fast phone which has no problem sustaining the most intense sessions of gaming. It’s powered by Huawei’s latest 10nm chipset, the Kirin 970, the same that keeps the lights on the P20 and P20 Pro flagships. Unveiled in October of last year, the chipset features a Neural Processing Unit (NPU) which brings AI capabilities to the device.

Paired with 4GB of RAM and 128GB of storage, the Honor 10 is a beast of a phone. In the two weeks we’ve used the device, we haven’t noticed any slowdowns, freezes or any other weird performance issues. There’s no microSD card slot on board, but the 128GB you get by default should be plenty enough to accommodate all your apps, photos and videos. However, you do get a dual SIM card tray with 4G connectivity for both SIMs. And yes, there’s dual VoLTE too. 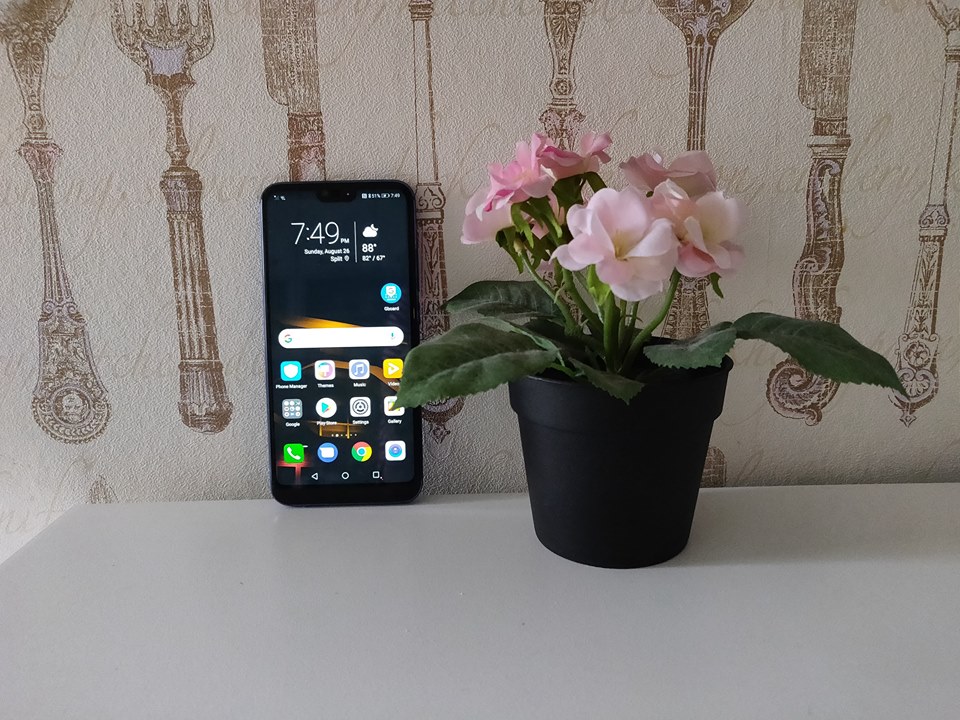 While everything seems peachy in the performance department, one area of concern with the Honor 10 is the battery life. Many reviewers write that the Honor 10’s battery life is pretty great and the phone can easily go through a full day of use and still have 10% left by the time you go to bed. But our experience was a bit different.

Maybe the phone got damaged in the shipping process, but our Honor 10’s battery levels dropped alarmingly fast. With the phone connected to a Wi-Fi, the device lost 10% constantly by just sitting on a table. A factory reset later and the battery was still draining a bit too quickly. With LTE turned on sporadically and doing our normal routine (check emails, spending a lot of time on chat apps, taking and uploading photos, browsing the web etc) we got around nine hours of life. Fortunately, the Honor 10 does have fast charging, so you can juice it up again in under 2 hours or so.

Photography is one of the main highlights of this phone. The Honor 10 features a dual 24-megapixel + 16-megapixel arrangement on the back. The first sensor is a monochrome shooter, while the second is color.

And thanks to the imbued artificial intelligence, the Honor 10 can take some awesome photographs. The camera software takes advantage of special algorithms to improve your snaps including brightening areas or changing the focus, so you can get the best results.

According to Honor, the phone can automatically identify 22 different scenes like pets or green landscape and will automatically adjust the settings for you. Above you can see an example of a shot taken with AI and without AI (which can be easily turned off). And if the phone hasn’t enhanced the photo to your liking, you can easily revert to the original.

The phone also offers a lot of Pro features including being able to change the aperture or adjust the ISO and shutter speeds. There’s also a dedicated Monochrome mode and other goodies such as the ability to do a Light Painting, apply filters or add a Watermark.

The Honor 10 also includes a 3D panorama feature which lets you take a moving panorama picture. You can also take advantage of a 3D creator. This is a feature that scans your face to create a 3D avatar figure of yourself. It’s similar to Samsung’s AR Emoji option. Speaking of which, you can shoot pictures and then add AR characters on top of them.

The phone also has “moving pictures” which is a feature similar to motion photos on the Pixel 2. The device basically records a short video for a few seconds which you will be able to view in the gallery afterwards.

When it comes to editing, there are a few nice surprises here too. Like Splash, a tool that lets you isolate and keep a color, while the overall picture remains monochrome.

What about selfies? Well the 24-megapixel secondary snapper offers the promise of great self-portraits. However, we found that the selfies we took looked kind of fake.

Indeed, there’s a beauty mode enabled by default in Portrait Mode. But even if its effect can be toned down, selfies still look like you have foundation on. If you’re the type who loves a natural look, you might not like what the Honor 10 has to offer in this department. Even regular selfies look a bit too perfect.

On the bright side of things, the phone has a lighting effect for your self-portraits including split lightning or soft lighting which will help you enhance your snaps. While most selfies will look pretty good in bright light, these modes will come in handy when you want to take a snap of yourself in the dark.

The Honor 10 ships out with the latest version of EMUI, which is based on Android 8.1 Oreo. Those of you who used a Huawei phone before will feel just at home here. The Chinese company has taken steps to make the interface more-friendly for the Western market, so EMUI 8.1 is a lot more usable than before. For example, you can now add an app drawer, although it’s not enabled by default and you’ll have to do from Settings.

But even so, EMUI is nowhere as clean as stock Android. You’ll find there are a lot of pre-installed apps for Music, Calendar, Email and others, which are quite useless.  On the other side of the coin, there’s no shortage of customization options. EMUI is packed with all sorts of tools and features to give you control of your experience.

Just to give a few examples of what you can do:

But a word of warning to you! These options are scattered all over the place, and you’ll have to dig deep to find certain features. Some are filed under Display, others under Smart Assistance and so on. Basically, you’ll have to devote a lot of time if you really want to get to know EMUI in-depth.

Priced at only €399 / $467 in Europe, the Honor 10 makes you a proposition you can’t resist. Putting the battery issue aside, the Honor 10 is really an excellent device at this price point. Its major highlights include design, camera, and advanced performance.

Sure at the end of the day, EMUI still won’t be to everyone’s liking. And some sort of waterproofing and a microSD card slot would have been nice. But at this price point, you can really understand why there aren’t there.

In the US you can grab the Honor 10 from places like Amazon. But be warned that you won’t be able to use 4G LTE. Even if the device is listed as compatible with GSM carriers, it doesn’t appear the phone supports any of T-Mobile’s 4G frequencies.