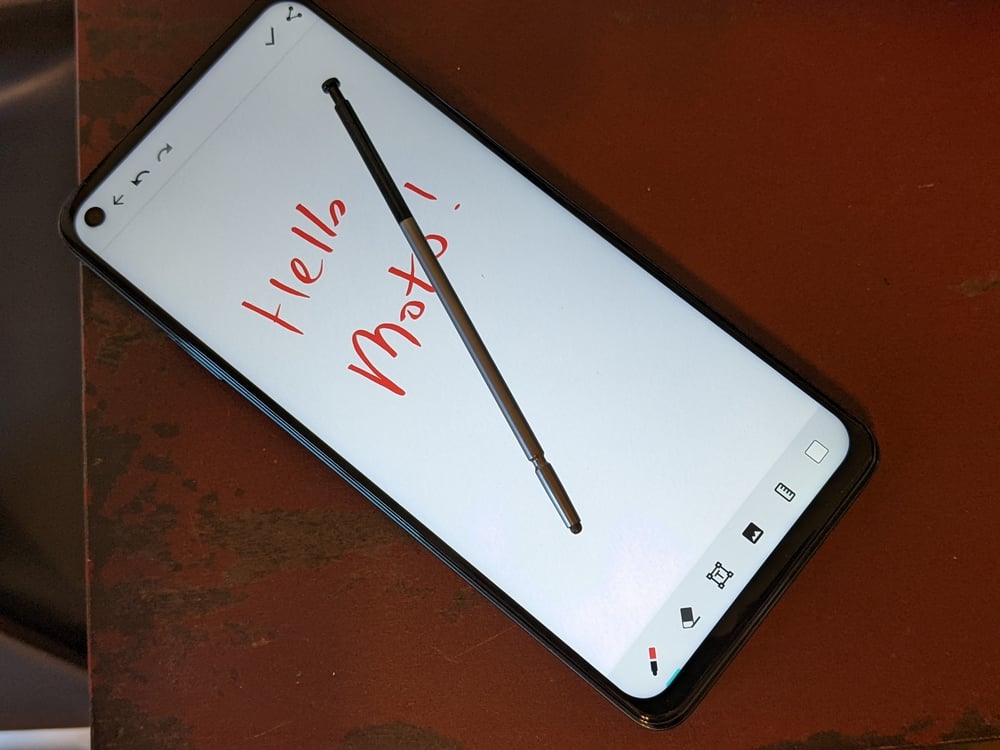 Motorola is a name as old as our parents and even grandparents at this point. The pioneer of the mobile radio and cellphone markets has long been synonymous with gadgets pushing boundaries. One of the latest additions to the company’s portfolio is the Moto G Stylus 5G.

While it borrows a lot of common traits from Samsung’s established Note series, the Moto G Stylus brings its own bag of elements. We’ve been testing this device thanks to AT&T for around three weeks, and let’s go over our findings in this full review.

The Moto G Stylus 5G also borrows heavily from its siblings. If you’ve held a Moto G device from the last few years, then this model will look and feel familiar. It reminds me heavily of the Moto G7 Power from a few years ago.

Moto has always nailed that “hand feel” while holding its phones. This started with the X series years ago and is still evident in the Moto G Stylus 5G. I can attribute this to a slight curve in the back of the phones. It’s a staple Moto design element that just feels natural in the hand.

One thing immediately jumped out to me, and that’s how massive this thing is. This is to accommodate the 6.8-inch screen that covers the entire front of the Moto G Stylus. The screen sports 20:9 aspect ratio at 1080×2400 resolution.

Internally, the Moto G Stylus 5G is powered by a Qualcomm 480 with integrated 5G modem. This is paired with the combo of 4GB of RAM and 128GB of storage. Storage can be expanded up to 2TB with the microSD slot.

Around the back, flanked by the plastic casing, is the camera modules and a fingerprint scanner. I love the back mounted scanner and especially fond of them integrating it with the classic Moto “bat” logo.

To the bottom of the phone, you’ll find a single speaker grill and a USB-C charging port. Smack in the middle of these two ports you have the business of this specific model: the stylus! We’ll expand on this addition more in the next few sections of this review.

Moto has always been a favorite of mine by utilizing one of the most unadulterated versions of Android. You get a very similar experience to a Pixel with a few classic Moto additions like the twist to launch the camera and the karate chop to launch the flashlight on the Stylus 5G.

Otherwise, you have a few custom widgets, but still very stock UI. To the right of the home screen you get the Google Feed and even have predictive icons in the launcher much like Pixels as well.

One place that software falls flat in typical Moto fashion is OS and security updates. The Moto Stylus 5G is running Android 11 and still on the June 2021 security update. This is just beyond unacceptable in today’s market.

Back to a positive, much like the Samsung Galaxy Note, the Stylus gets some software love from the engineers. When taking the input device out of the phone, you get a pop-up widget that allows you to easily handle things like quick note, photo annotation, and typing dictation from handwriting.

Let’s dig a little deeper into these integrations for the Stylus by continuing the comparison with the main alternative Note. I have found it to be both very useful and somewhat frustrating. This is a much less advance stylus pen than the S-Pen from Sammy. 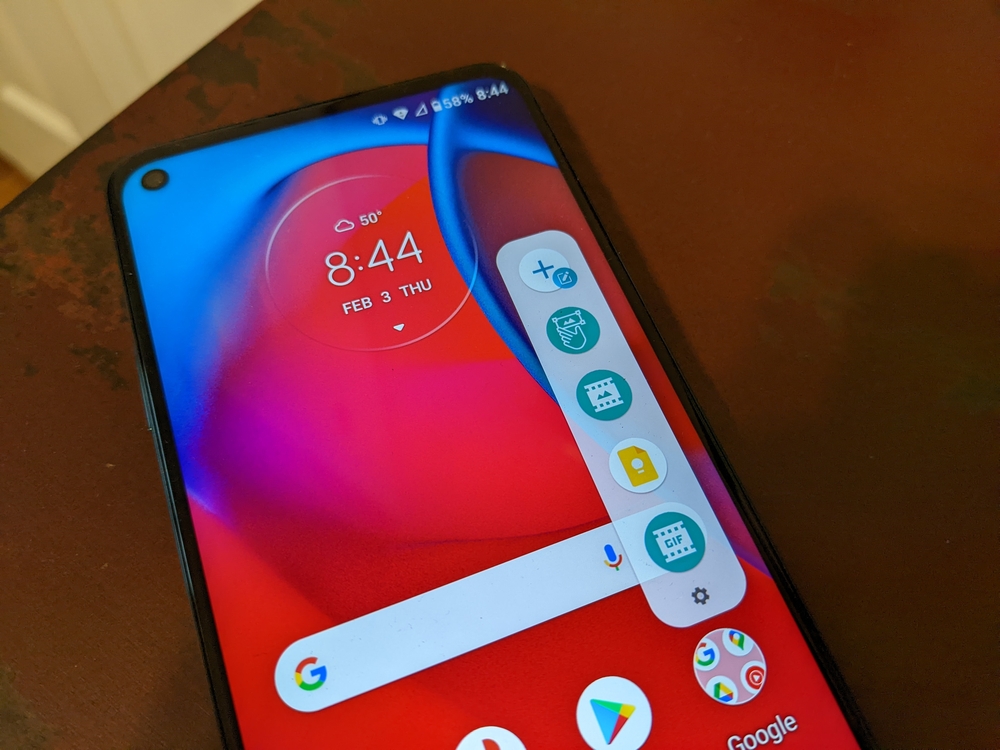 Does it interact with the screen as a touch alternative? Yes. Can you write on the screen and do basic drawing? Yes. However, I’ve found the latency to be much poorer than the S-Pen. I often get either laggy or missed inputs. Especially when using the pen to simple scroll on an app.

It also only supports one level of pressure, unlike the multiple simulations of the more modern S-Pen. The Moto G Stylus 5G pen is a pretty basic rubber tipped stylus, much like the cheap aftermarkets you can get on Amazon.

Even though it’s flawed, having it as an option stowed away in the phone has still been nice. I like being able to quickly take down work notes, or annotate screenshots for reviews like this one. It’s also great for signing documents in the upcoming tax season. 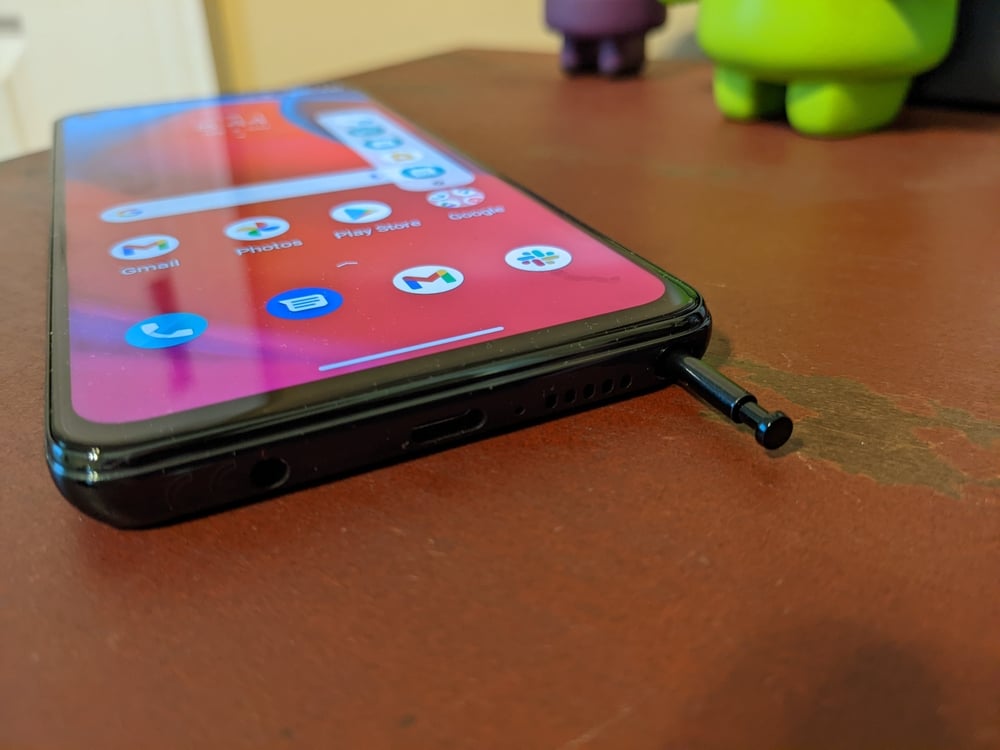 The cameras on the Moto G Stylus 5G are solid, but not great. These lens take average to above shots in good lighting conditions with a still subject. When outside interference or poor light are introduced, the pictures take a hit.

Neither is a terrible knock on the device, though. Moto has included acceptable sensors and post results to appease those Instagram and Snap moments with no issue. It’s just, as you compare it to more premium options, you need to be aware of the shortcomings. 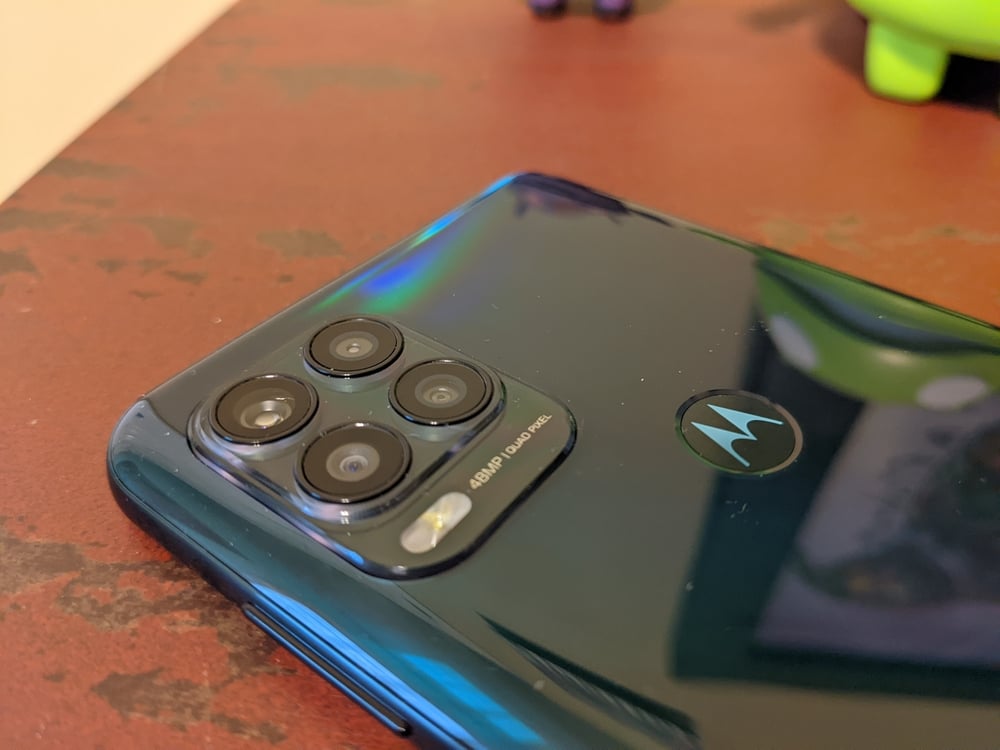 Moto has always been proud of the longevity of it’s Android devices, and the Moto G Stylus 5G is no exception. I’ve been getting more than a full day of normal use with this device consistently. On super light days, I can even tweak out two days per charge.

This is not surprising with a 5000mAh battery pack and Moto optimizations. When you do need to reach for the outlet, you get Moto’s Turbo Charge, with up to 10W of quick charge capabilities.  While I’d love to see Qi wireless charging, or higher Turbo wattage, for the sub-$400 market both are acceptable. 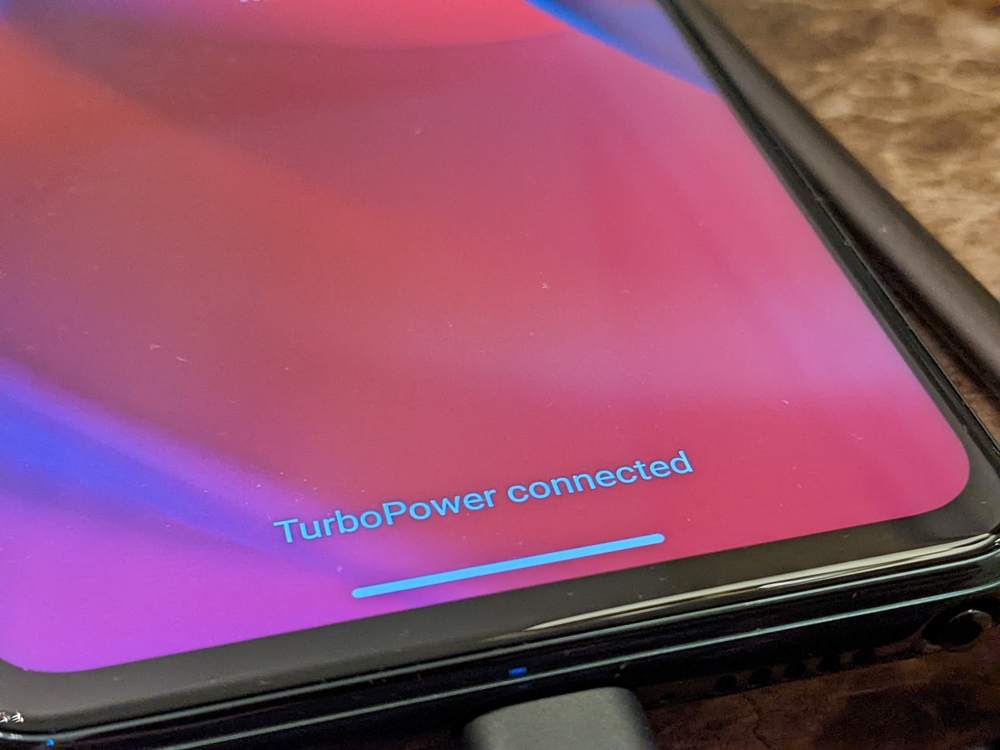 I really like the Moto G Stylus 5G. It’s got great battery life and a unique interaction with the pen, but it’s hard to recommend those dreadful software updates. Moto still lags way too behind other competitors in this regard to the point that it’s now just embarrassing for the brand.

Despite the software setbacks, this could still be a great option for those willing to take on outdated updates. At just $2 a month in AT&T installments, or $249 full retail, the Moto G Stylus 5G is a steal for those on a budget.