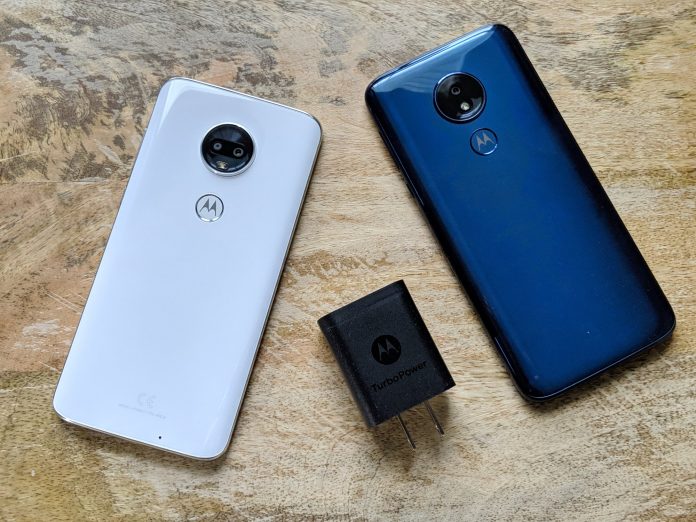 Motorola has long been a champion of mobile communications. From the first portable phone call, to 5G, Moto has led the way for nearly a century.  In recent years the company shifted to targeting the mid-range smartphone market. Others had overtaken Moto at the high-end and so Motorola began targeting solid budget phones such as the G-series. The newest editions, the Moto G7, has just hit stores.

There’s a kicker this year, though. Moto has a standard G7 like previous years, but instead of a Plus edition with minimal spec bumps, it has produced a Power variant with a giant battery. But we’ll get back to that.

I’d like to start this joint review with all the shared DNA that can be found in these two phones. As you’d guess the G7 and the G7 Power are very similarly designed. The core internals is exactly the same with the exception of RAM. The G7 proper has 4GB while Moto subtracted a gigabyte in the Power edition with only 3GB. 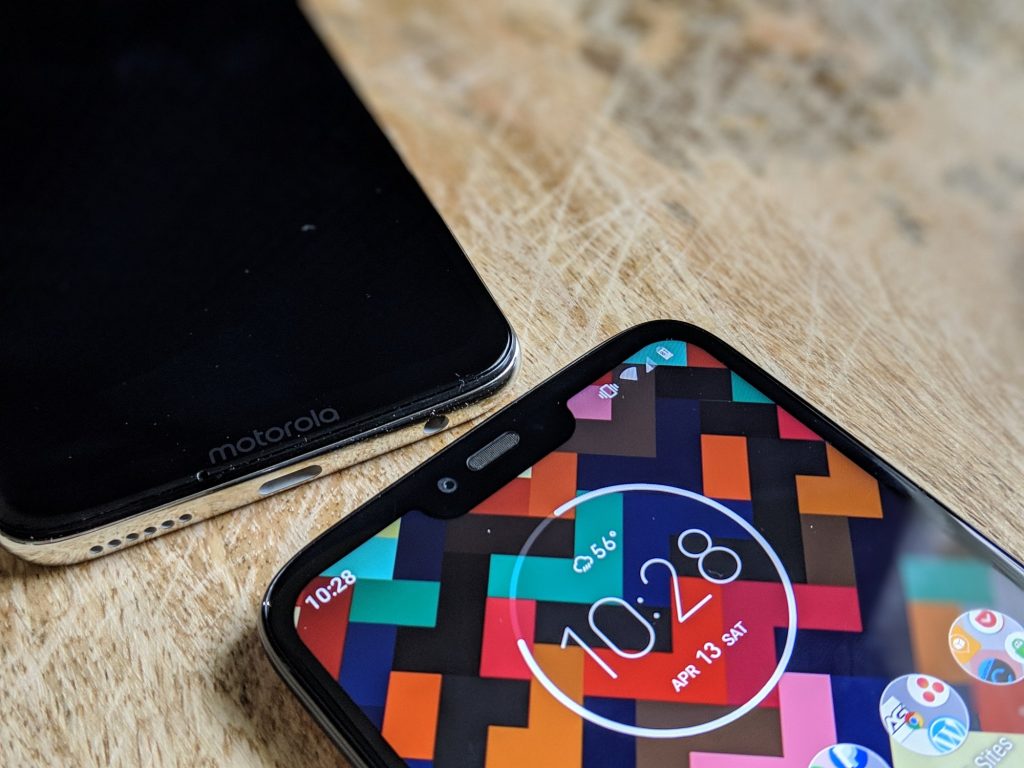 Otherwise, you get a combination of Snapdragon 632 octa-core CPU and Adreno 506 GPU. You’ll also find a headphone jack, USB-C charging port, and a microSD card for storage expansion. Both do not have wireless charging, or NFC, but do have Moto’s great TurboPower bricks that can give you 9 hours of recharge in around 15 minutes.

Moto has nailed software for years and the new G7 models are no different. It’s an extremely stock build of Android 9 Pie with the same Moto tweaks we love. Twist for the camera and chop for flashlight are both still around. Moto has even joined the gesture-based navigation with Pie, and I think they did it better than Google. You have a familiar “pill” at the bottom of the UI that replaces the previous geometric shapes of old.

However, Moto took it a step further than Google and made the Home, Back, and Overview buttons all have a pill gesture. Honestly, it’s the direction that I think the Pixels should have gone and works very well.

Pull the pill left takes you back a screen; Tap it once and you go Home; Holding the pill launches Google Assistant ; Drag the pill to the right gives you the previous screen; Swiping up takes you to the Overview of recent apps.

This is a much better solution than the half-baked pill with a Back button when needed method Google has adopted. Another token of the Pixel launcher that Moto has here is the Slice bar in Overview. This is the first non-Pixel I’ve seen that has the auto-populated apps in the dock while in Overview.

Both the G7 and G7 Power are geared toward casual use and not hardcore gaming. In general use, I didn’t notice any issue or problems I wouldn’t see on other phones. I was able to use all my apps and multitask much like any other Android device with modern internals.

If you push your phone and play a lot of games, then maybe the G7 lineup isn’t for you. You will find graphics-intensive apps will suffer at times in comparison to higher-end alternatives. But let’s be honest, they cost you hundreds of dollars more.

Now, let’s move on to some small tweaks with each model. We can start with the overall design. They definitely share design language, but the bigger battery makes the G7 Power larger and has a slightly curved back that feels great in the hand. It also has a plastic body compared to the glass back of the standard G7. It’s also worth a mention that the G7 is only available with 64GB of internal storage while the Power is limited to 32GB.

This makes for a level of premium feel to be more evident in the G7 standard. With the glass back and metal band around the edges, it presents itself as a more high-end product with hints of a Galaxy phone. Moto obviously set these at two tiers intentionally. One for the casual user who wants an overall good phone, and another for the power user who needs the gigantic battery. This resulted in compromises in materials in the body. 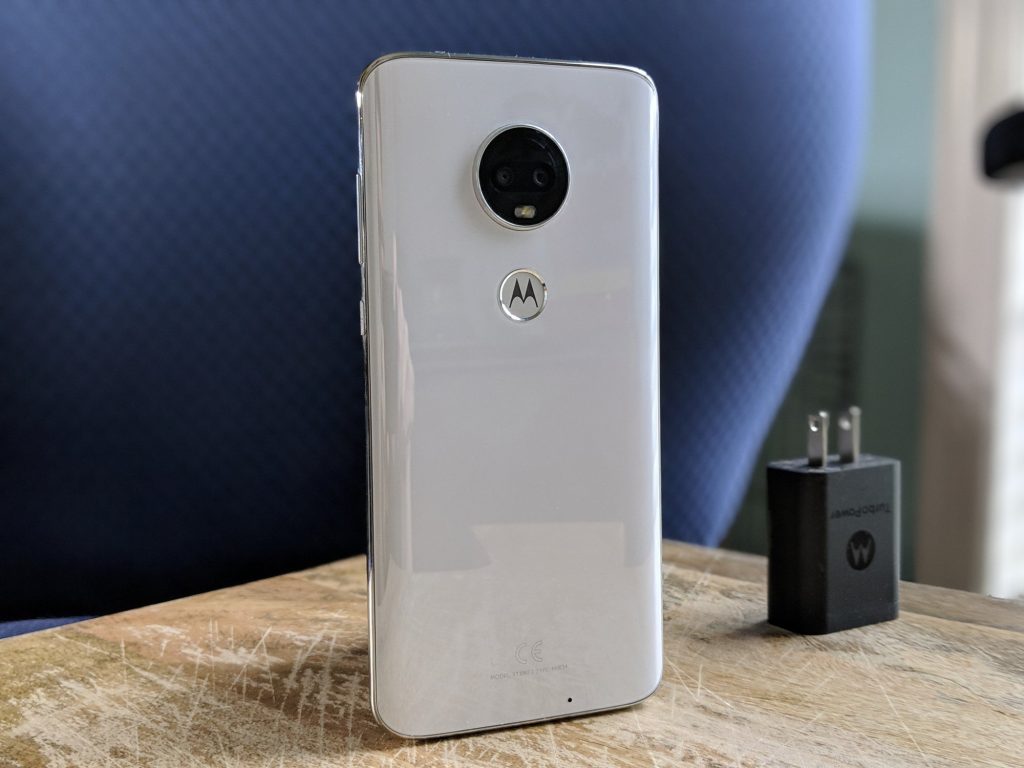 A variation that most will immediately see is the screen notches. The G7 has a teardrop notch much like the OnePlus 6T, while the Power has a very Pixel 3 XL wide notch. Honestly, the G7 Power looks and overall size is almost identical to the Pixel 3 XL from the front. 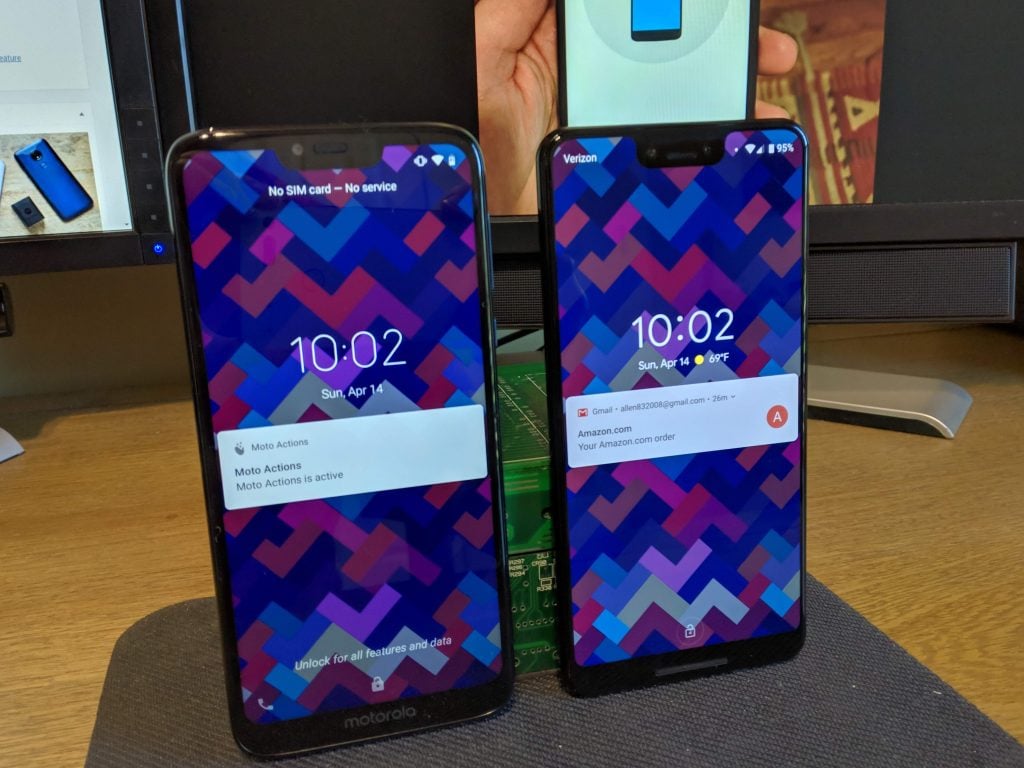 Also found on the screens are some small variations. Bother are 6.2-inch LCD panels with Gorilla Glass 3, but the G7 has a higher pixels per inch (PPI) of 403. The Power edition only gets a maximum of 207 PPI. This is a reflection of the overall resolutions.

You will see another drop from the G7 to the G7 Power in the photo capture department. They shared a similar setup with 12-megapixel on the rear and 8-megapixel shooters on the front, but the G7 pulls ahead in specs and results.

The G7 has an additional 5MP sensor on the rear camera layout for depth perception and it really shows. It’s faster to focus and takes better shots than that of the Power edition. The G7 also shoots in a higher pixel range of 2160P in 4K while the Power is limited to only 1080P processing.

Neither phone is going to blow you away with the cameras. If you are in great, outdoor lighting then you can have social media ready photos for most tasks. However, as soon as the lighting deteriorates, the results are lessened by a wide margin in comparison to higher-end smartphones.

The Power struggles even more than the G7 at this. I was able to take much better shots with the G7. There’s also a difference in the camera app between the two variants. I can only assume it’s due to the depth sensor found in the G7, but the Power will not take a portrait style photo unless the software detects a face in the image. 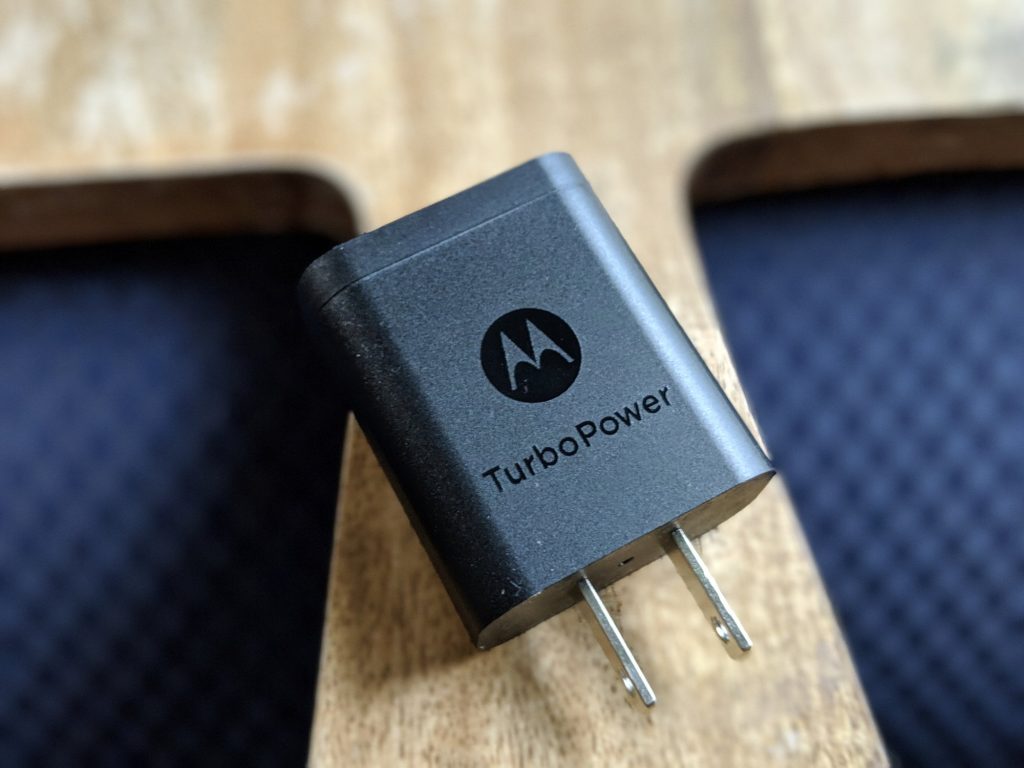 This is where this review takes a dramatic turn. Battery life on the standard G7 is completely normal. The 3000mAh cells will get you through a typical day with no problem. However, you might have to top off during a long night and you’ll always have to charge overnight.

The G7 Power is a completely different beast. And I do mean beast. It’s the best battery life I’ve ever gotten on a modern smartphone. Period.

I took the phone off charge on a Wednesday morning at 4 AM and didn’t have to reach for a power outlet until Friday night at 7:45 PM. That’s a legit 3 full days of battery life.

Now, that’s exactly what Moto claims of “casual usage” and how I’d describe my 3 days. They weren’t my heaviest, power-hungry days by any means, but it got me through the allotted tasks I had to accomplish that day including Slack, Outlook, Gmail, and SMS messages. That’s all a user can ask for in a smartphone. Will your time very? For sure, but it’s still impressive battery life. 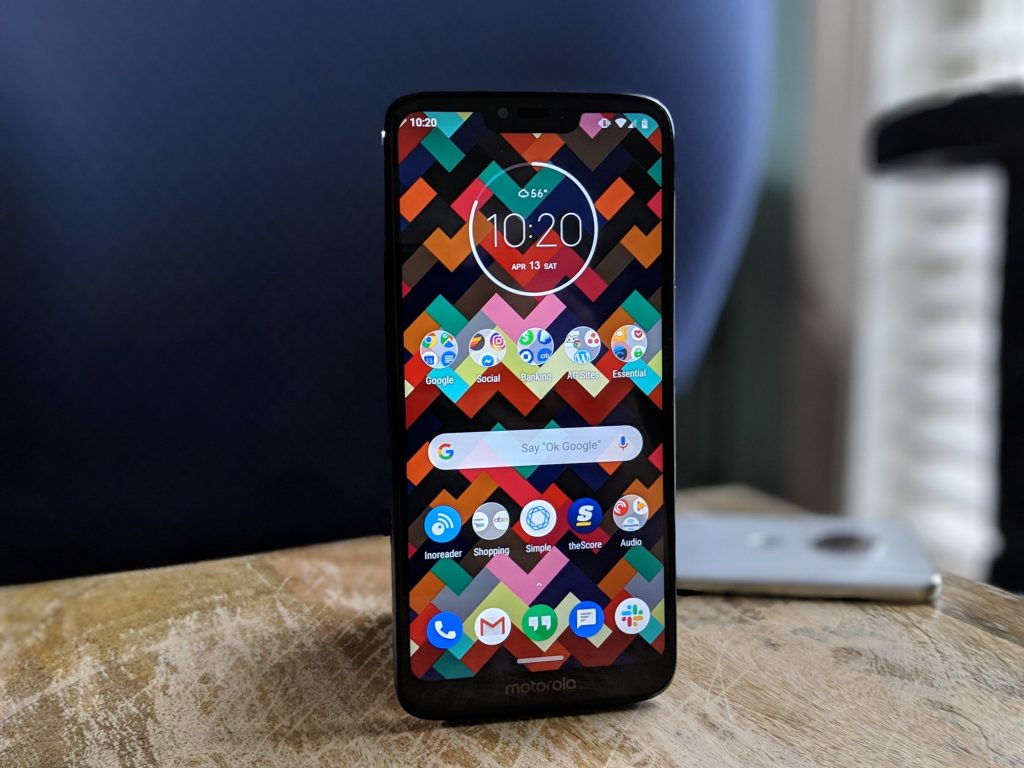 Both the G7 and the G7 Power offer great devices for Moto to add to its lineup for 2019. However, they target a need for two different people depending on their preference. Do you want a sleeker design with slightly better internals, screen, and camera? Then you should buy the G7 standard.

If you prefer a beast of a battery that can get you through the weekend with no charger, then the G7 Power is for you. That’s if you are willing to compromise on some of the other hardware. The Power has an industry leading battery bank from a name you trust  you just won’t see almost anywhere else.

The G7 and G7 Power are available now via Motorola’s website as well as Amazon. The G7 is available in Ceramic Black and White for $299 on the company’s site and the Power edition is $50 less at $249 but only offers a single Marina Blue color. Both G7 and Power can be had as an Amazon exclusive with Alexa baked in for the same price points.