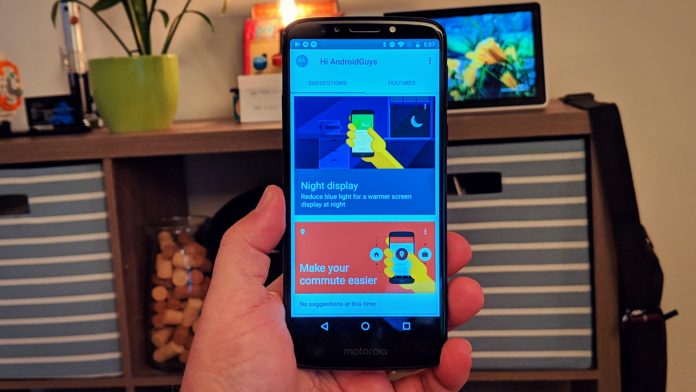 While the early part of the year belongs to flagships and high-end phones, the latter half often belongs to Motorola. The Moto G6 line, for instance, is the perfect counter to those pricey handsets with hardware specs that rarely get tapped.

When we published our review of the Moto G6 we found it to be one of our favorite phones of the year, particularly in the mid-range. It’s a lot of phone for just $250 (or less) and is more than what most people need as we get settled into 2019. Its sibling, the Moto G6 Play, is another example of an incredible amount of phone with a wallet-friendly price.

As much as we might want a flagship or something from the top of the line, we know we can get away with much less. Sure, lots of phones are more sleek and outwardly attractive, but it’s the insides that count, right? After all, most of these look the same once inside of a protective case.

The Motorola Moto G6 Play is a fine example of a phone that ticks nearly all the boxes necessary for users in the first half of 2019. It’s not the be-all-end-all experience by any means, but it’s a fantastic all-around experience. And, when you consider the $180 price tag, it’s definitely not a risky gamble.

With the Moto G7 family arriving in the next few months we thought it worth sharing our impressions of the Moto G6 Play. It’s not clear if the price will drop here or if Motorola will do away with the sixth-gen device. Either way, it’s definitely worthy of your attention. 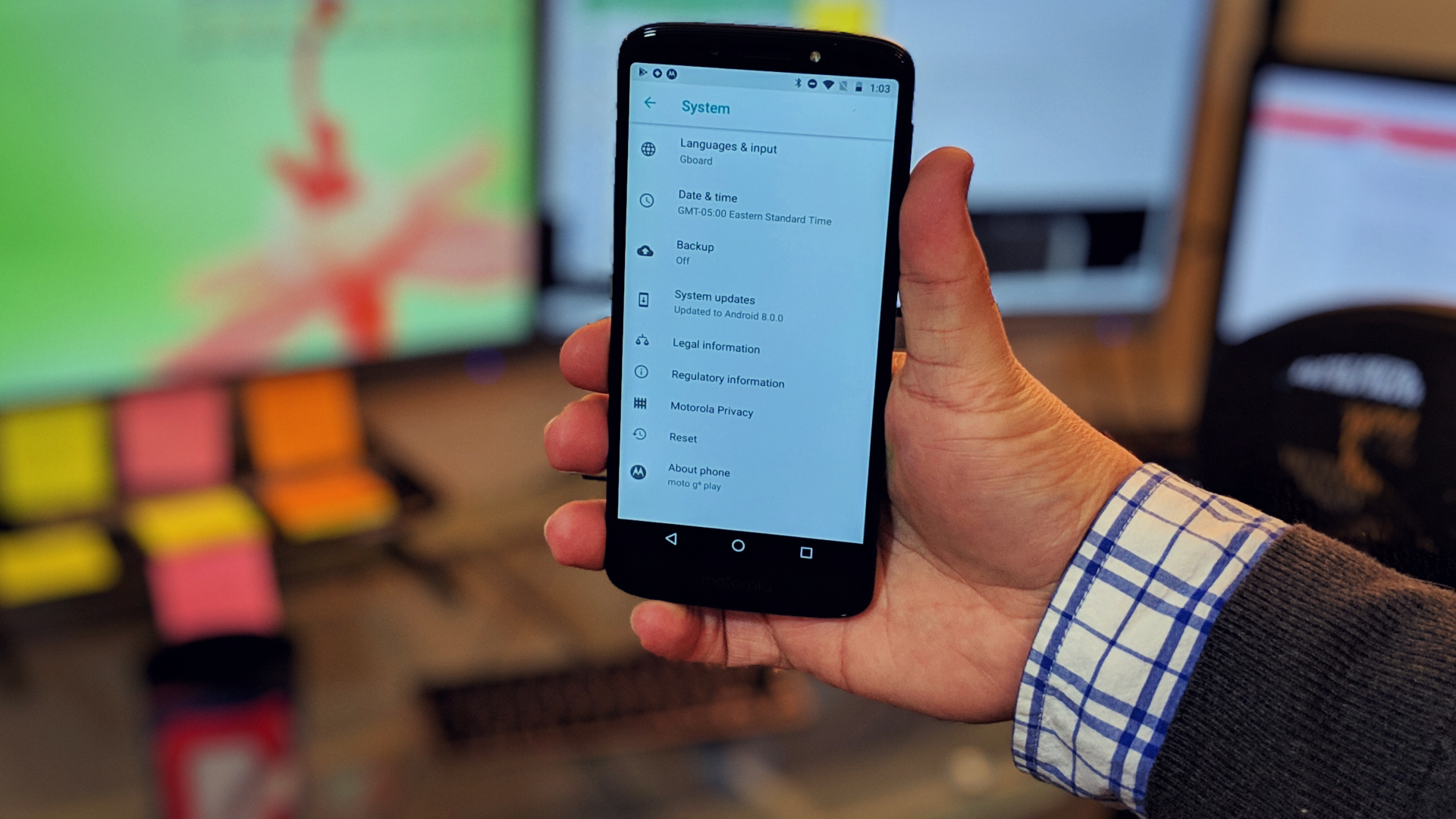 With a modern design that’s slowly evolved over the last few years, the Moto G6 Play is decidedly a Motorola phone. It’s is somewhat utilitarian in its looks but has a pinch of panache. It might be mistaken for something a bit more expensive but there’s nothing specific that jumps out. The Moto G6 Play is proof that cheap phones don’t have to be cheaply made.

The phone has a plastic backside which gives off the appearance of glass; the fingerprint sensor is located on the rear, integrated into the Motorola logo. It’s easy to locate the fingerprint reader with your finger as it has a slight indentation and textured feel.

The front houses a 5.7-inch display with an 18:9 aspect ratio, one of the first models from Motorola to offer this sort of screen. The bezels above and below are minimal and it generally feels good in hand. We were happy to see how easy it was to manage the phone with one hand.

At 1,440 x 720 pixels it’s technically an HD screen, but it’s far lower than what you can get in other models and brands. The good news? You’re likely not going to see that difference or feel like you’re missing out. Text and photos look as good as you’d hope and it keeps the price in line. What’s more, the fewer pixels mean the battery doesn’t have to work as hard.

The right edge side of the phone is where you located the power and volume buttons. Each responds well to touch, providing solid, tactile feedback. Up top we find the headphone jack and, down below is the microUSB charging port. Yeah, that part stinks for sure, but it’s part of what keeps that price down. 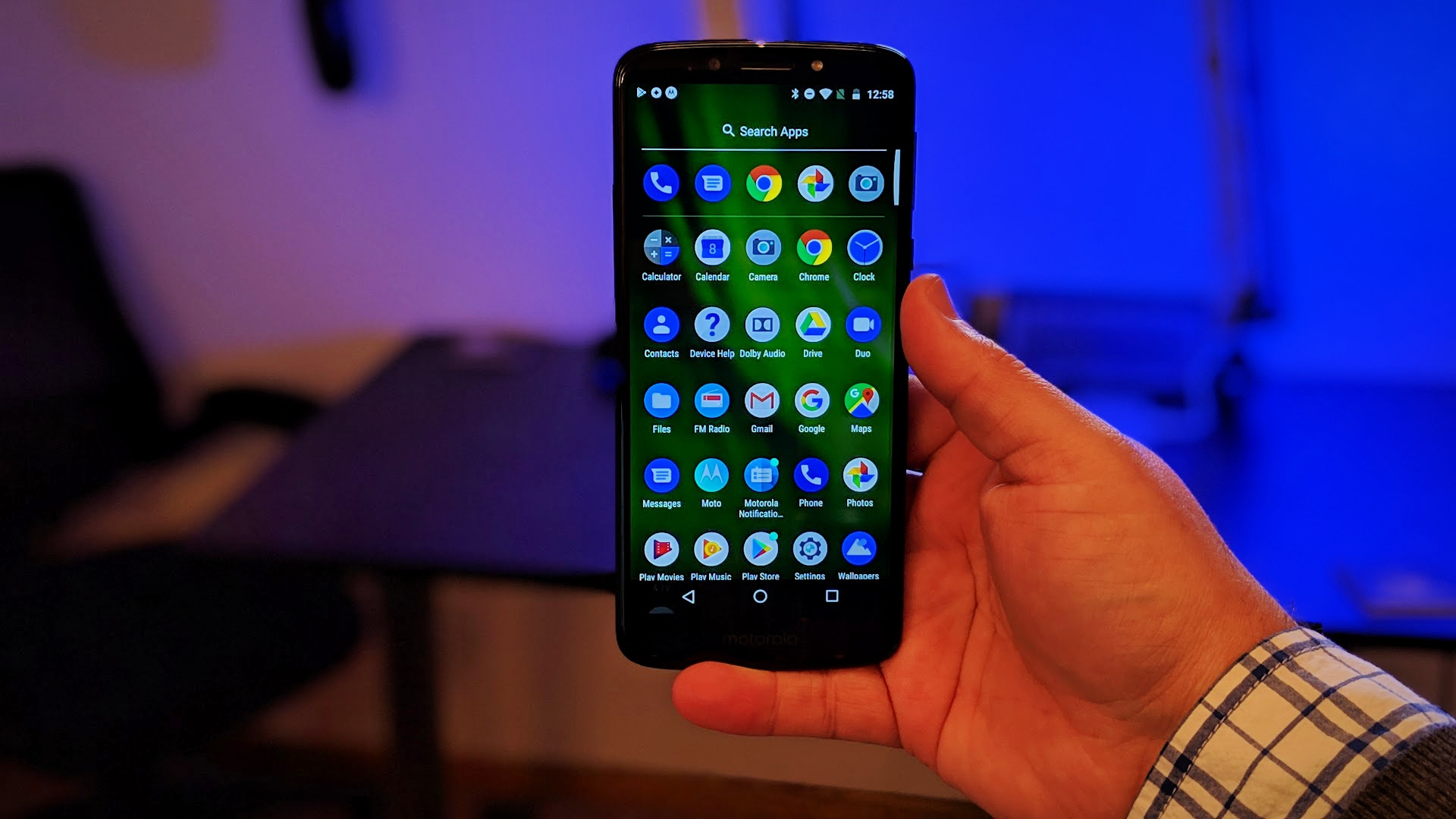 Getting back to the topic battery, there’s a capacious 4,000mAh unit tucked inside the Moto G6 Play. It’s like a double helping of juice when you go this big on the battery and work with the lower resolution.

That’s to say nothing of the efficient Snapdragon 427 processor, too. Clocked at 1.4GHz, the quad-core CPU is strong enough to handle the tasks that come with daily usage with enough reserved for a touch of gaming, too. Forget all-day life, we’re well into two days territory. Don’t be surprised if you even get into a third day on light usage.

Although the phone isn’t rugged or touted as being waterproof, it does feature Motorola’s signature water-repellent coating. It’s good enough to protect against rain or splashes from the pool but don’t go tossing it in the deep end. There’s no IP protection here.

Long battery life is hallmark of sorts for Motorola’s mid-range phones and the Moto G6 Play is no exception. The 4000mAh battery is considerably larger than what you find in most phones, particularly those with a similar price.

If you are a heavy phone user, you will find that you end the day with plenty of energy left in the reserves. Don’t confuse usage with demand; we’re talking about people who love to have their face in the phone but don’t necessarily push it too hard. 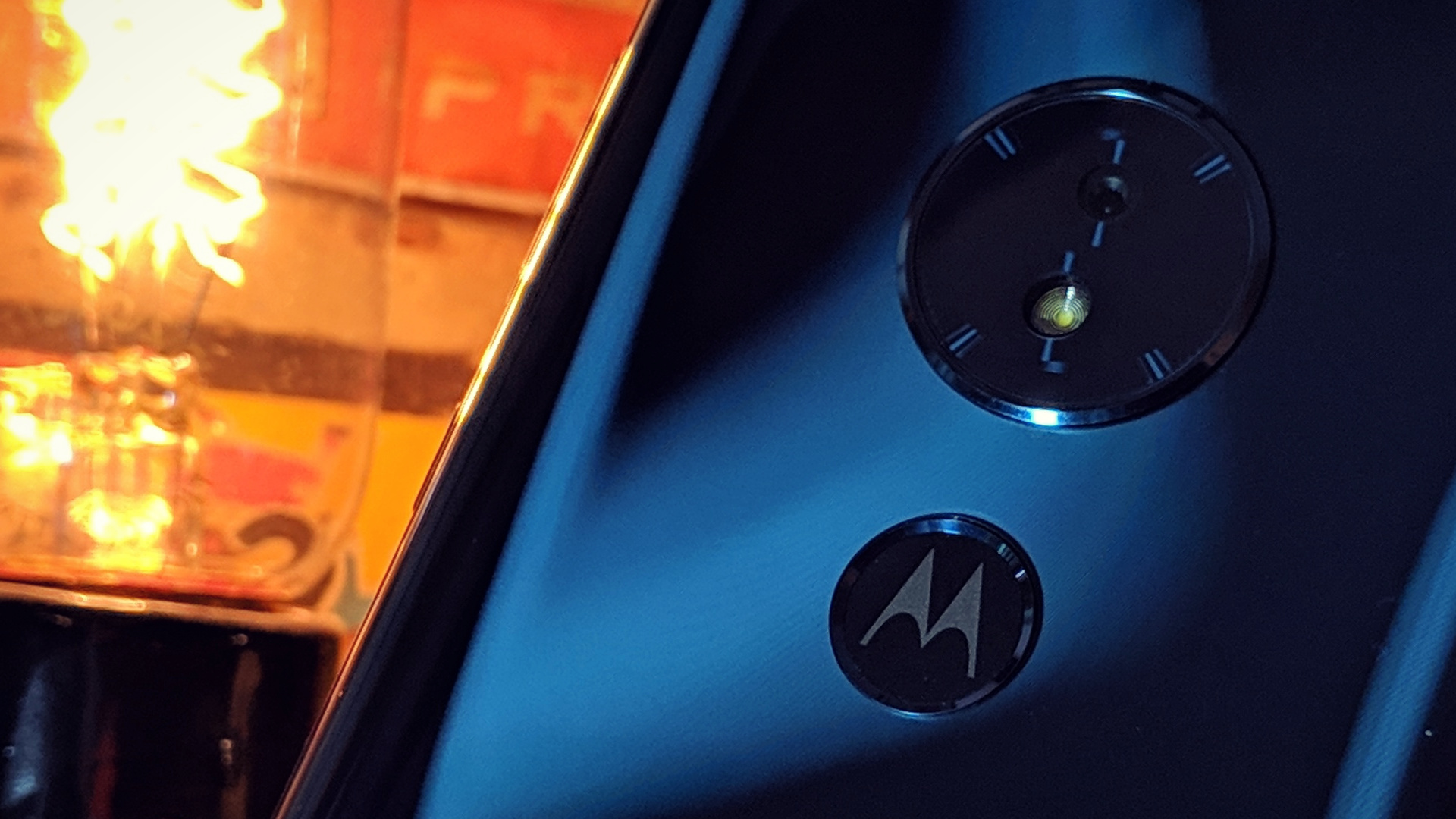 More casual types will probably squeeze out two days of usage without worry. Factor in a quick top-up on the charger at lunch or dinner time and you’ll definitely be in business for hours on end.

To no real surprise, the Moto G6 Play camera performs similarly to other models in the G series. In other words, daylight provides great opportunity for shots with color, dynamic range, and overall quality.

Performance in low-light and night time is often at or just below par. You’ll find your fair share of noise in pictures taken in the evening and detail is rather low at times.

The camera itself is a little slower to shoot than we might have liked and we experienced the occasional delay from tapping to snapping to saving. Given the price of the phone we are a little forgiving, but it can become aggravating to miss out on a candid shot.

It’s no secret that we like what Motorola does for its phones. If you don’t know what that means, it’s simple: they don’t mess with a good thing. Google’s current vision of Android is cohesive, intuitive, and snappy. Motorola understands this and doesn’t get in the way with any custom apps or heavy enhancements in the user interface.

What Motorola does do is offer up a handful of features and settings that are opt-in and only speak to efficiency and user delight. You can pick and choose what you want to use and leave the other stuff alone.

If you’ve ever spent time with a “stock” Android experience or used a Nexus or Pixel phone for extended periods, you know how quick and clean it is. Moreover, going back to something else that’s “skinned” from the likes of Samsung, LG, or HTC feels cluttered and sometimes clunky. 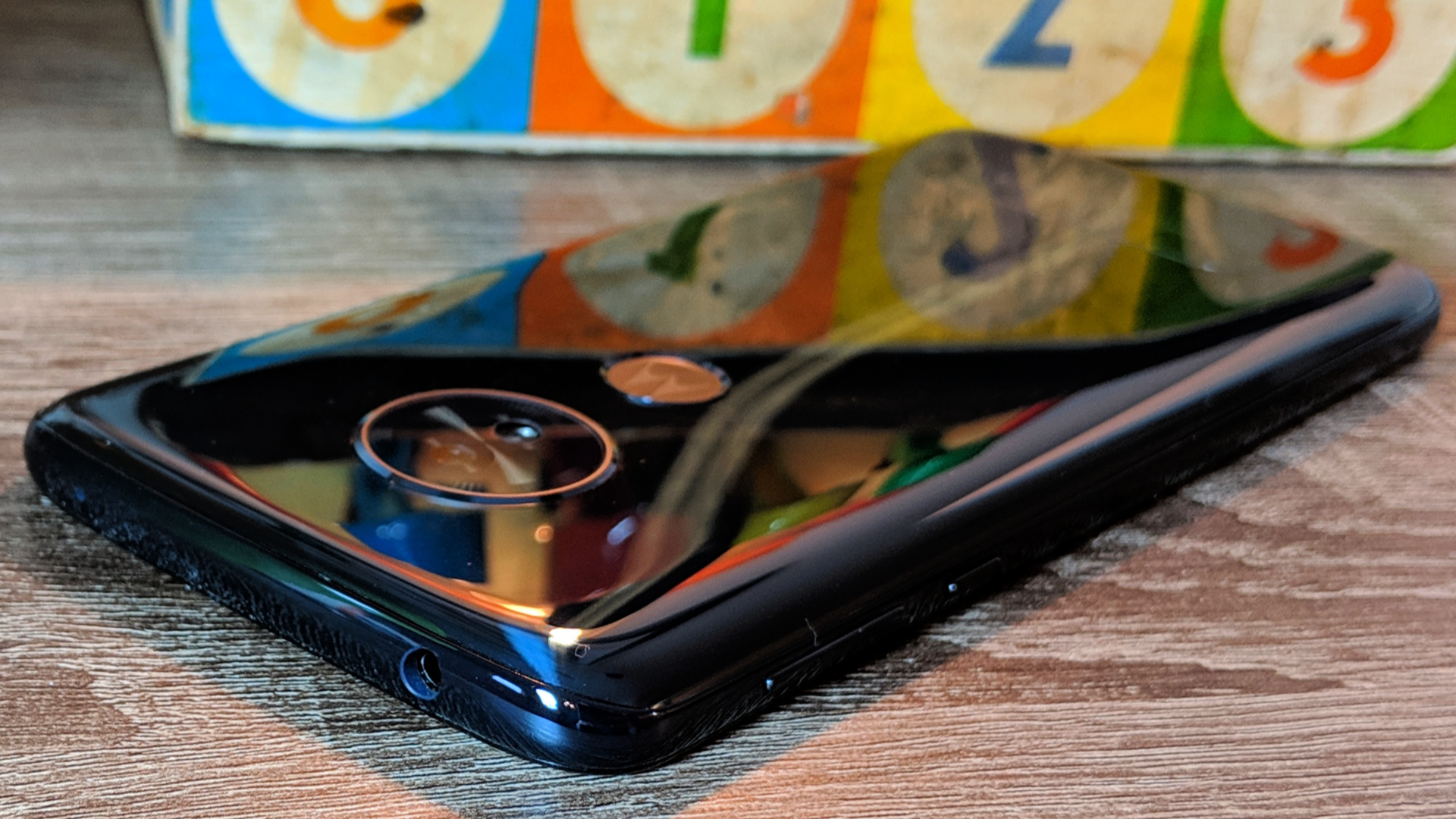 Take that a step further when you buy a phone from a wireless service provider. Often those devices come with carrier-branded apps and services. In other words, we hate that junk.

Motorola’s stuff is far from junk. It’s minimally invasive at worst and downright helpful at best. It’s easy to get used to flicking your wrist to open the camera or quieting a ringing phone by simply picking it up.  Reiterating here, we really appreciate being able to opt into only the things we use.

If you don’t care a lick about mobile gaming, there’s nothing to worry about with the Moto G6 Play. It’s not that it doesn’t handle casual and somewhat graphic-intense stuff, it’s just that you will need to temper expectations. Really, you ought not be looking at a $200 phone in the first place. There are phones built with that in mind. 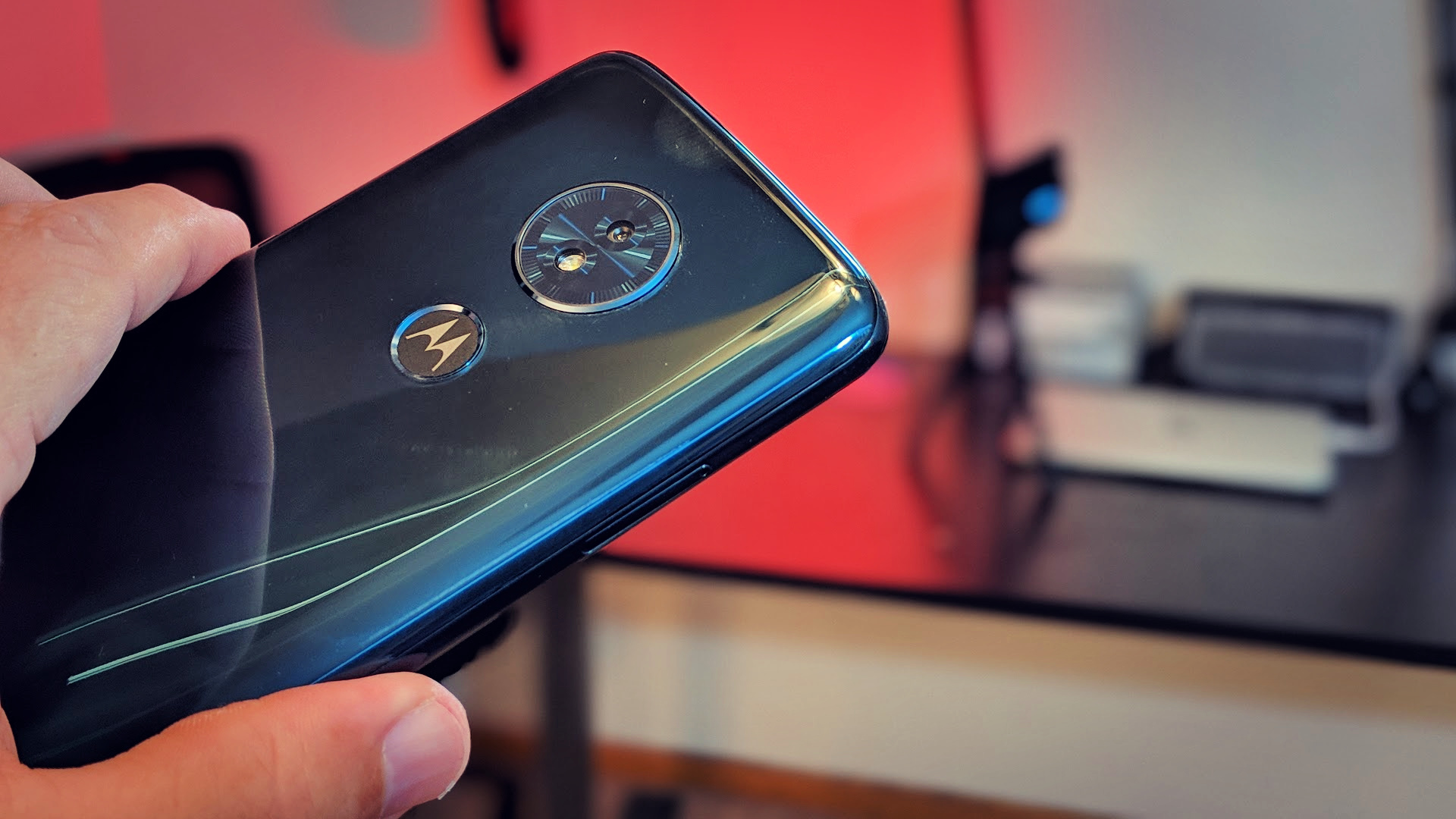 Should you have lesser demands of your phone, then the Motoroloa Moto G6 Play is perfectly suited for the job. Games like Monument Valley, Super Mario Run, Pokemon Go, and others play absolutely fine.

If you’re the type of person who spends a large part of the day sending and receiving texts and emails, and/or browsing social media, the G6 Play is an excellent option.

We used our review unit for Facebook, Reddit, Gmail, Instagram, and a host of messaging apps on a daily basis. There were no noticeable stutters or lag and the performance was on par with other mid-range phones.

One thing to keep in mind with regards to the screen resolution is that it is somewhat prohibitive in VR. When you get that close to pixels you’ll notice the difference. It works, but it’s not something you’ll want to do regularly.

In trialing a few games from the Play Store, goofing around with photo editing, and watching video we also found the G6 Play worked well. Once, every so often, we’d get a game that might be slower to initially load.

Hopping to and from a handful of open apps and games also felt occasionally sluggish but, to be fair, we were trying to trip the phone up. We don’t normally act like that or treat our phones so “recklessly”.

It is amazing what sort of phone you can get for $200 (or less) today. We’ve been in this game for more than 11 years now and we’re constantly impressed with what handset makers are able to squeeze into devices.

It wasn’t that long ago that we were content with a $200 phone — with a two-year contract. Just a couple of years back almost all phones ran $600 or more without a plan and we were cool with it. 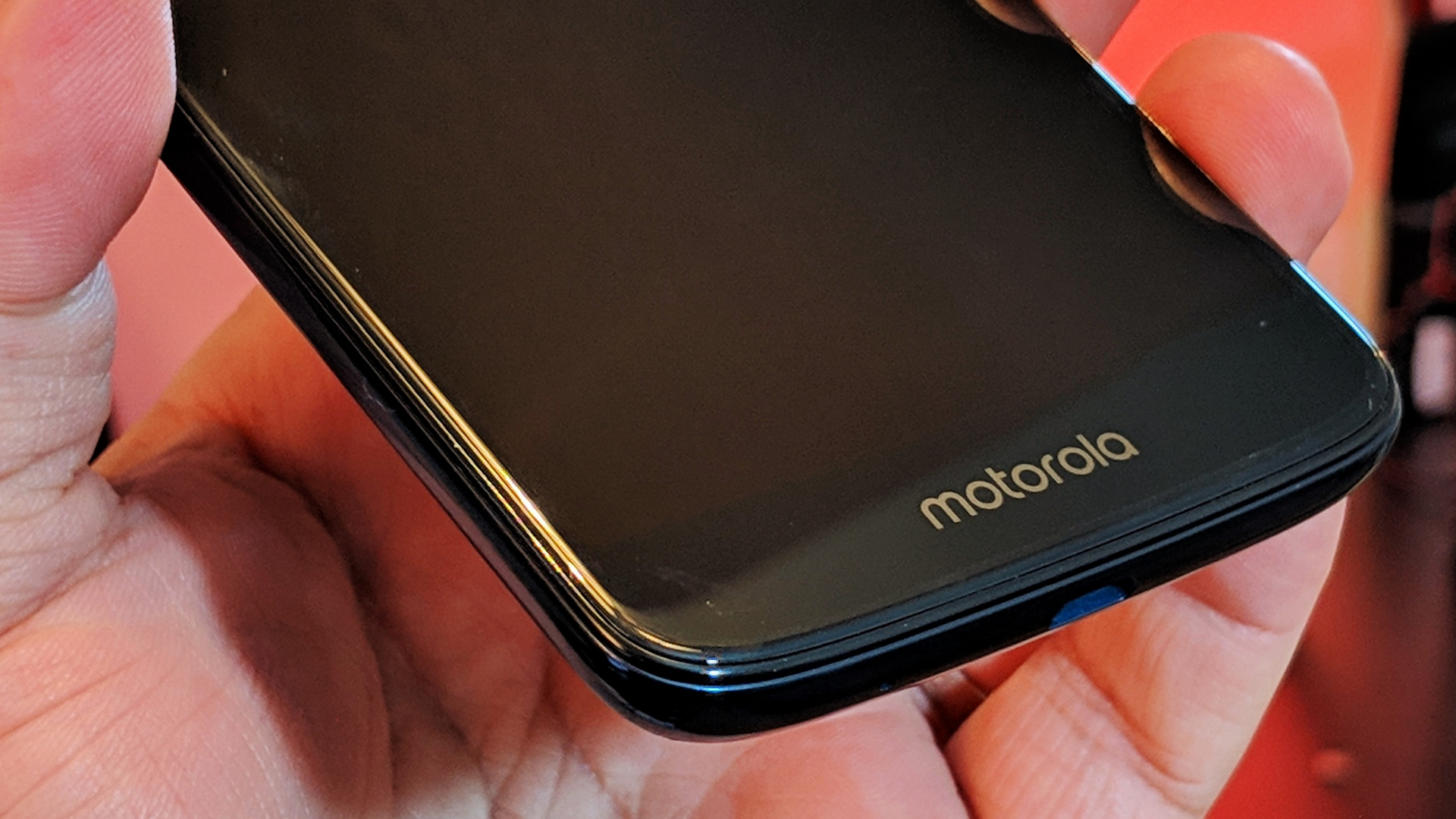 Today we demand more from our phones, even if only on paper. The game has changed so much that now we look at a device for what it doesn’t have instead of what it does. “But it doesn’t have wireless charging!” “Oh, no USB Type C? Fail.” What a terrible way of thinking.

For less than $200 you can now get a solid phone from a respected and trusted brand that’s not only powerful enough for everyday usage, but its batteries ensures 2-3 days usage at a clip. Better yet, it’s unlocked and works with all of the major carriers, including Verizon, AT&T, T-Mobile, and Sprint.

If we didn’t spend as much time as we do with annual flagships, we’d have zero problems picking up a Motorola G series phone once a year. When we look ourselves in the mirror and are brutally honest we can admit that the G6 Play is a great benchmark device. Not in the sense of scoring and ranking, mind you, but in the “this is all I need at this time” sense.