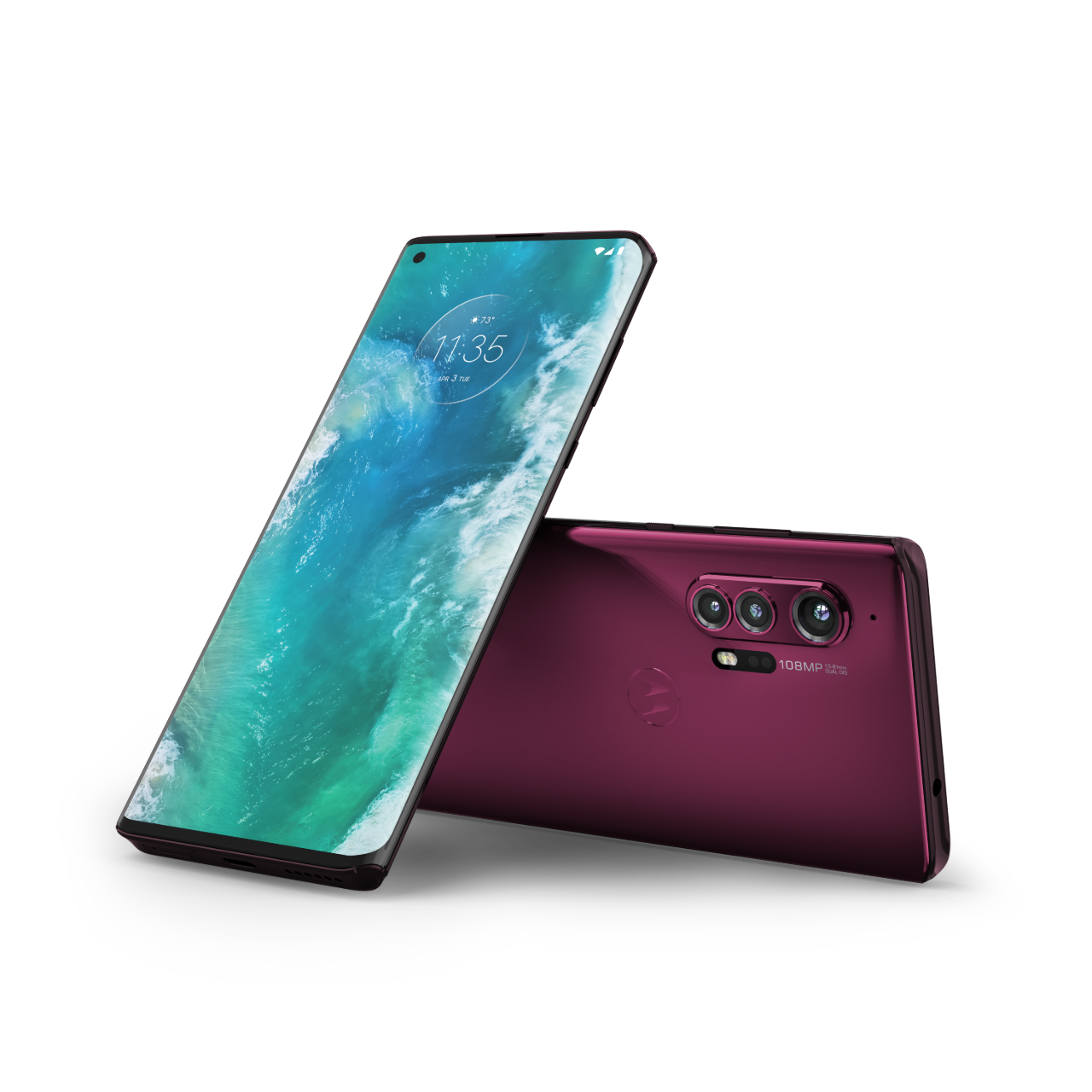 As expected, Motorola on Wednesday inserted itself back into the conversation of flagship phones. Having gone a few years without really swinging for the fences, its newest models, the Edge and Edge Plus, look to be home runs.

According to Motorola, these phones are the “fastest, loudest, and boldest” on the market. Indeed, the two handsets feature some of the most competitive hardware and help put them in the same space as Samsung, LG, and OnePlus.

Motorola is really emphasizing the displays for its Edge phones, and rightfully so. At 6.7-inches, with a 2,340 x 1,080 pixel resolution, it has a 90Hz refresh rate and 21:9 aspect ratio. Moreover, there’s an optical in-display fingerprint sensor inside, too.

The edges (get it?) of the screens have some extra features that can provide at-a-glance status of battery level, alarms, and notifications. Gamers can also add trigger buttons if they’d like an extra leg up on competition.

The Motorola Edge Plus is powered by a Qualcomm Snapdragon 865 processor with an Adreno 650 GPU and a whopping 12GB LPDDR5 RAM. And with 256GB UFS 3.0 internal storage, it’s speedy and capacious.

As for cameras, the rear has a 108-megapixel main sensor, 8-megapixel telephoto lens, and 16-megapixel ultra-wide lens. Around front is a 25-megapixel camera.

The Motorola Edge has slightly lesser hardware, but still more than enough to handle the typical consumer’s needs. A Qualcomm Snapdragon 765 processor is paired with an Adreno 620 GPU, 128GB storage (with microSD expansion), and 4GB/6GB RAM.

The rear camera array is comprised of a 64-megapixel main lens, 16-megapixel ultra-wide, and 8-megapixel telephoto lens. The 4,500mAh battery supports 18W wired charging speeds, but there is no wireless option or reverse charging.

The Motorola Edge and Motorola Edge Plus run Android 10 and also feature 3.5mm headphone jacks, Bluetooth 5.1, and support for 5G.

In the way of software, Motorola has opted to stick closely to stock Android, but build on it with optional enhancements.

…we’re introducing My UX, allowing users to customize their experience to be even more intuitive and personal, so it works the way they want… lets users take music, videos and games to the next level with custom settings and advanced controls. Users can even create their own device themes by choosing from unique fonts, colors, icon shapes, and fingerprint sensor animations, so their phone is one in a million…

Verizon is the exclusive carrier for the Motorola Edge Plus in the United States and will offer it starting May 14. Canadians can look for the phone at Bell, Rogers, TELUS and Freedom Mobile.

The Motorola Edge launches in Italy (MSRP: €699) in May and will make its way to various European markets in the ensuing weeks. Later in the year it will roll out to select Latin American, Asian Pacific, and the US.