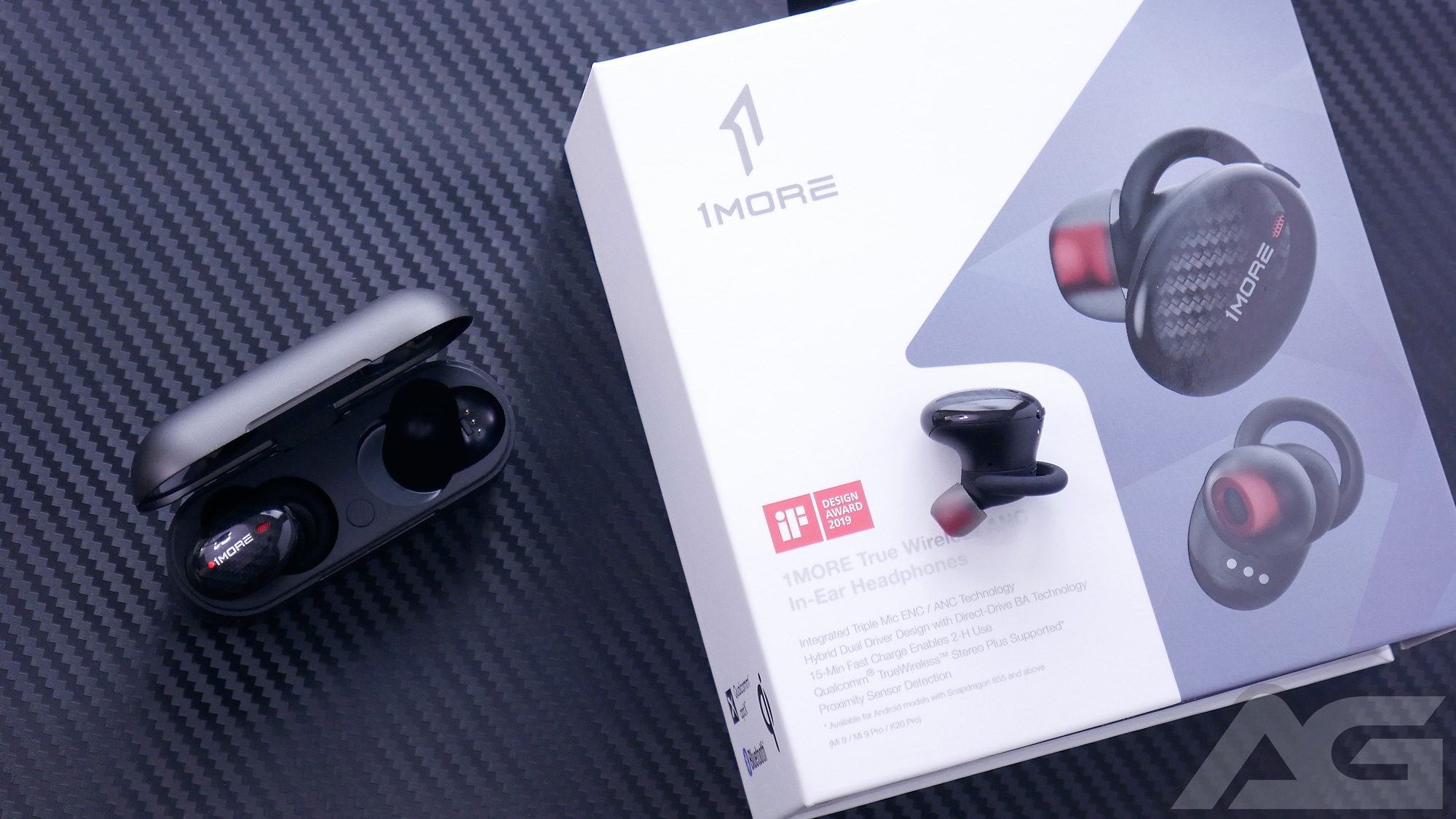 Up for review today are the 1More True Wireless ANC Headphones. Priced about $140, they’re Bluetooth 5.0-connected and feature six hours of playback per charge. Moreover, they support wireless charging, too. How do they fare? Read on to find out.

The True Wireless ANC Headphones from 1More are some of the largest in its collection of true wireless headphones. Given the need for a larger battery and more microphones for active noise cancellation, that should come as no surprise.

Also unsurprising, is the weighty oversized charging case for the 1More True Wireless ANC Headphones. It may be the heaviest charging case I’ve ever used in a pair of TWS Bluetooth headphones. All of that heft makes it feel dense and high-quality though, and you’ll be glad for all the extra battery life that additional weight provides. 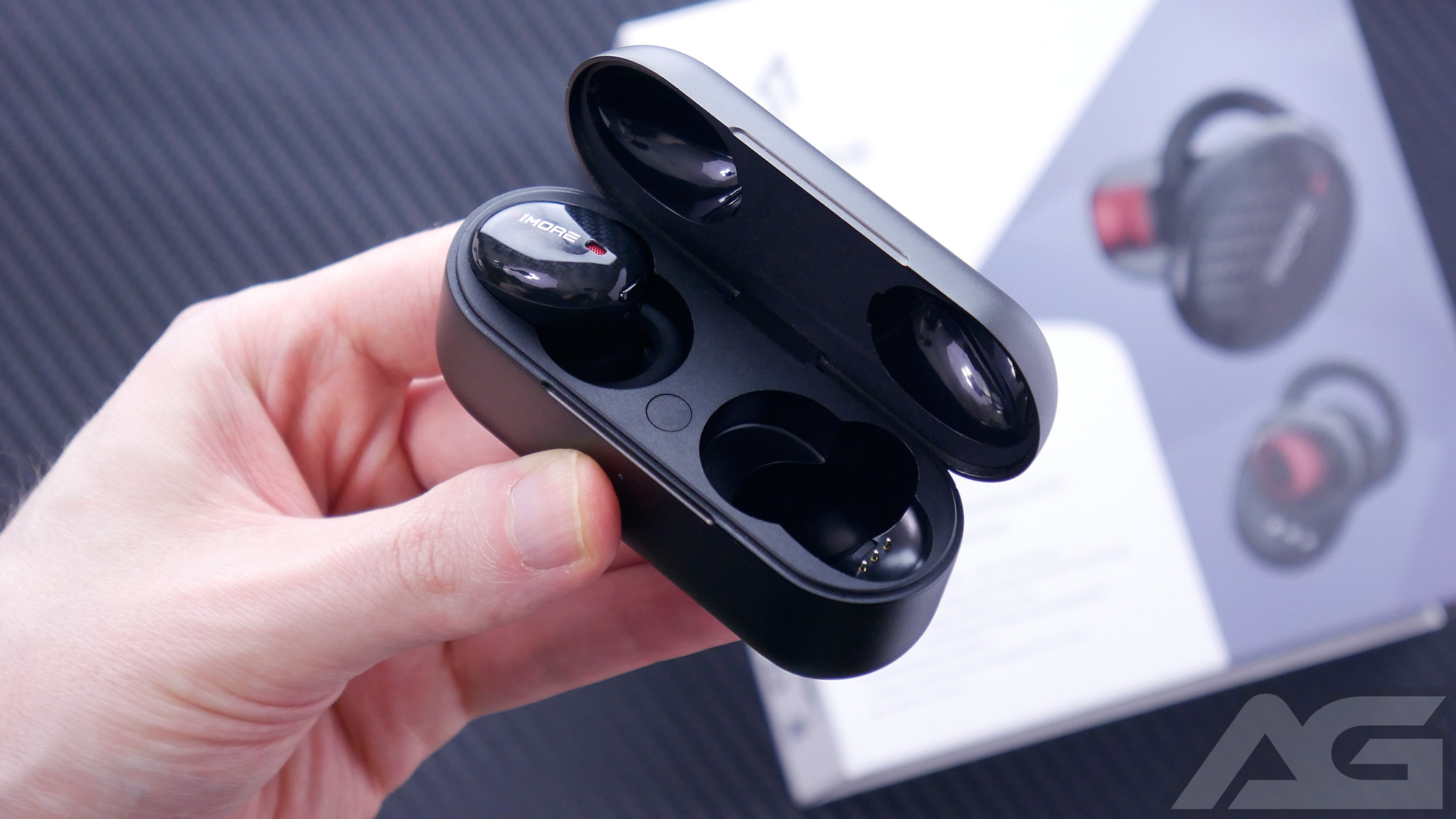 A few of the most noteworthy aspects of the case include the premium matte finish, USB-C port used for charging, and the inclusion of wireless charging. 1More genuinely went the extra mile making this the high-end charging case out of all of its true wireless headphones.

Unfortunately, I cannot say the same for the True Wireless ANC Headphones. In fact, they may be the most uncomfortable true wireless headphones I’ve ever tried. This is all due to 1More choosing to use large oval-shaped ear tips on this model, instead of the more traditional round ones. The angle of the stem also felt a little off to me and made it difficult to position the buds in my ears properly. In the end, even after trying several of the ear tips and loops in an effort to find a secure and comfortable fit, I was left disappointed. The 1More True Wireless ANC Headphones were so uncomfortable I found it difficult to wear them for more than 30 minutes at a time. Even worse, the buds often felt like they were on the brink of falling out of my ears because of the oversized ear tips being unable to jam deep enough into my ear canal.

If you have larger ear canals, this will most likely be a non-issue for you, but if you’re a member of the small ear canal club, look elsewhere.

Besides my complaint about the fit of the 1More True Wireless ANC Headphones, I only encountered one other issue. At some point, one combination of ear tips and loops caused one of the buds to not connect to the charging contacts.

That left me with a dead earbud one day when I was trying to listen to some music around the house. Just something to be on the lookout for when inserting the buds back in the case. 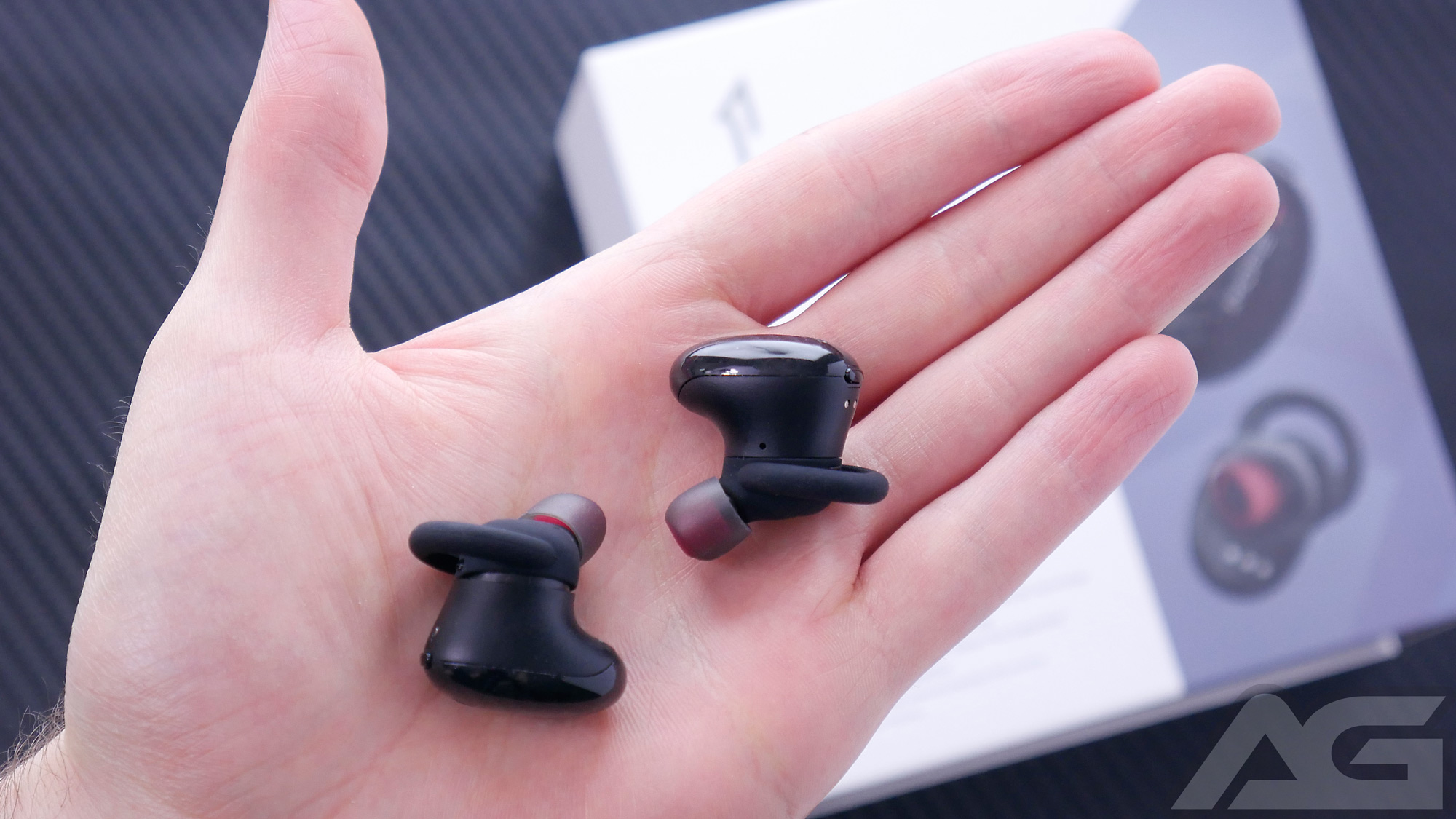 While we’re on the subject of controlling music playback, the 1More True Wireless ANC Headphones also feature an infrared sensor to auto-pause playback when removed from your ears. Likewise, it will resume playback when reinserted into your ears.

Like most modern true wireless headphones, 1More has an app, and while it’s not essential, it can provide some useful settings. However, I was disappointed to see that it doesn’t include any options to customize the buttons like on 1More’s other TWS Bluetooth headphones.

Instead, the controls are extremely limited for the True Wireless ANC Headphones, only offering controls to adjust the ANC levels and enable pass-through mode.

Some other options I’d love to see 1More implement in its app include an equalizer, battery level for the charging case, and the removal of the banner in the notification tray. As far as I can tell the notification is entirely non-functional and unneeded when every music app already provides controls in its own notification.

The 1More True Wireless ANC Headphones use the aptX codec for Android phones and AAC for iOS devices. Both codecs are capable of providing high-quality wireless audio, and with an Android phone, you can actually switch to AAC if you like. 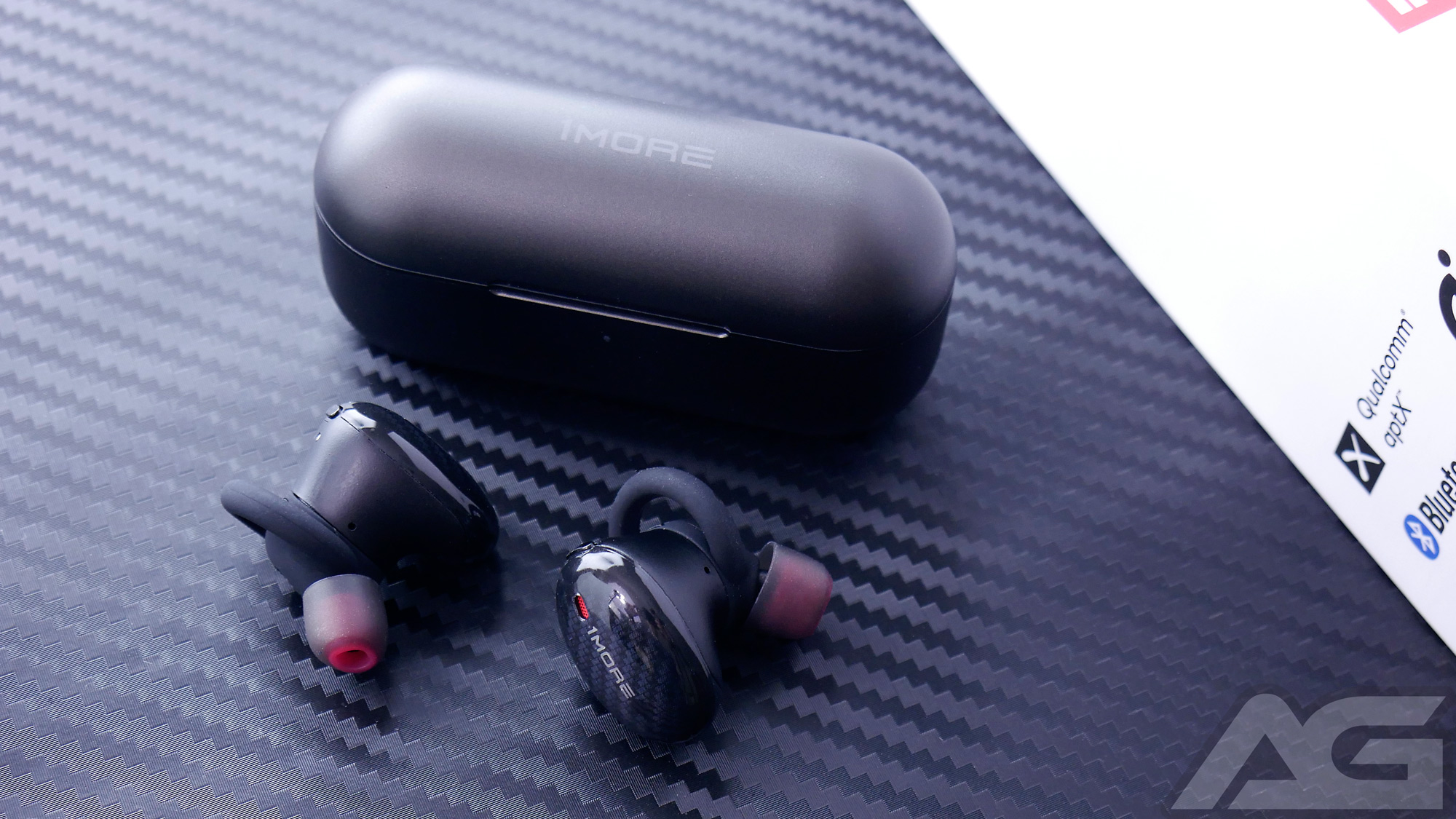 In my time with the 1More True Wireless ANC Headphones, I was very pleased with the audio quality. The highs are crisp and clean with plenty of detail, while also offering a nice amount of sub-bass for a well-balanced sound signature. My only criticism of the sound quality would be that the soundstage is a little more limited than I prefer. Other than that, I found the audio to be one of the best parts of these headphones.

The active noise cancellation on the True Wireless ANC Headphones from 1More worked fairly well with repetitive background noise. Oddly enough, the Mild setting appeared to do a better job than Strong though, so you may want to give that a try instead of jumping straight to Strong.

The pass-through mode also comes in handy if you need to hear your surroundings for a quick conversation or while out on a walk. 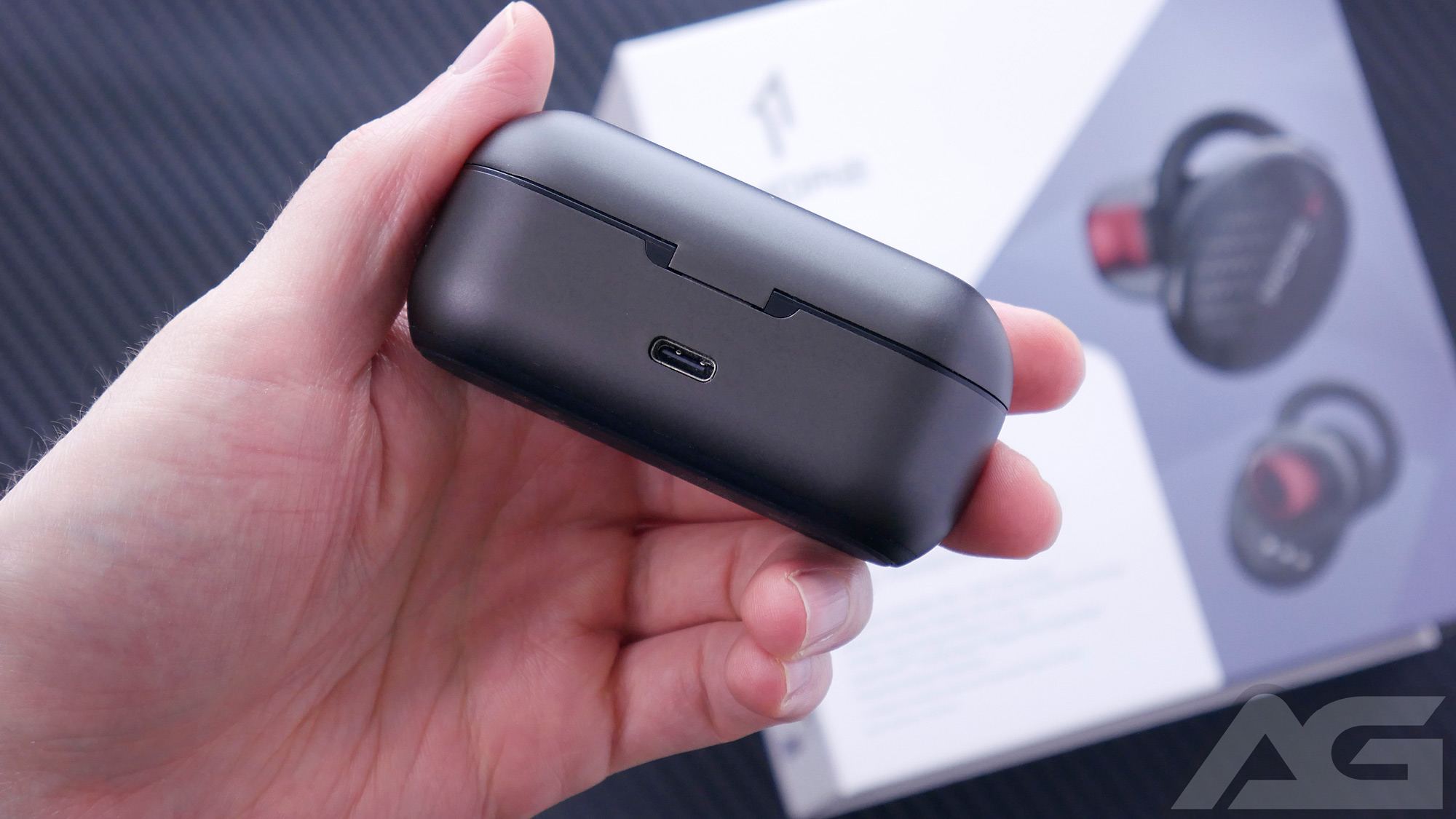 1More rates the True Wireless ANC for up to six hours of continuous playback with ANC off and five hours with ANC enabled. Combined with the case that will provide you with 22 hours total without ANC and 18 hours with active noise cancellation turned on.

Whether or not the True Wireless ANC live up to those claims, I cannot tell you. As I’ve mentioned previously, I struggled to use these for longer than 30 minutes at a time due to the uncomfortable fit. However, I will say 1More’s battery life estimations have always been accurate in the past. 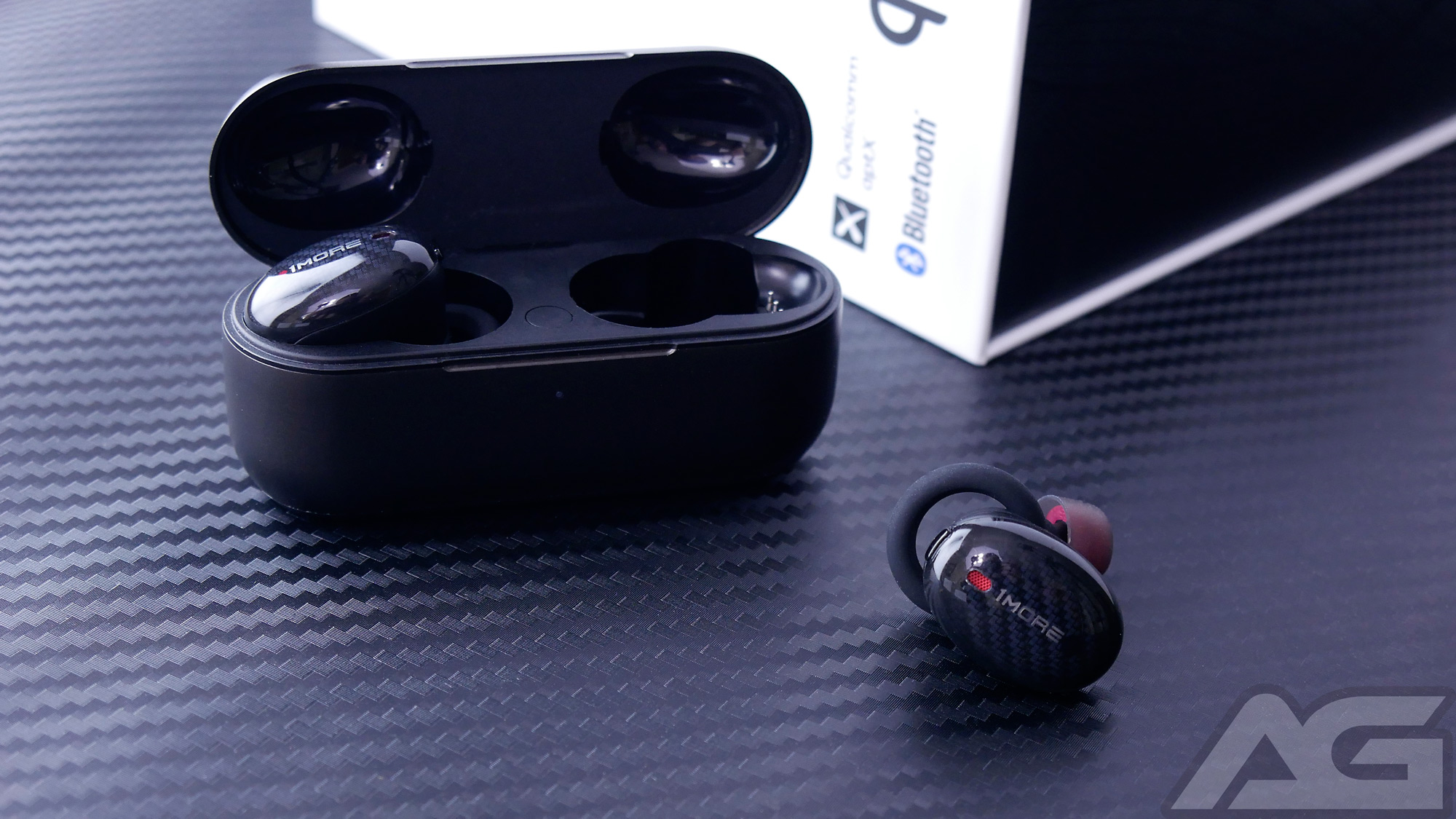 1More has created a pair of headphones that could be a wonderful more affordable alternative to the Sony WF-1000XM3, if it not for the extremely uncomfortable fit. Despite featuring fantastic sound quality, active noise cancellation, and long battery life, it is all ruined by the intolerable pain I felt after wearing these for any sustained period of time.

If you’ve never had any problems wearing larger ear tips with in-ear buds, then the 1More True Wireless ANC Headphones are worth a try. Otherwise, I would suggest trying the Stylish True Wireless Headphones from 1More if you don’t need ANC, or the Sony WF-1000XM3 if you do.

1More is also running a Christmas sale between December 7 and December 24, 2020, and as a special thank you, they have provided us with a code for an additional 10% off. Just enter the code ANDROID10 at checkout and enjoy the extra savings on some great headphones during the holidays.

Buy from 1More Buy from Amazon