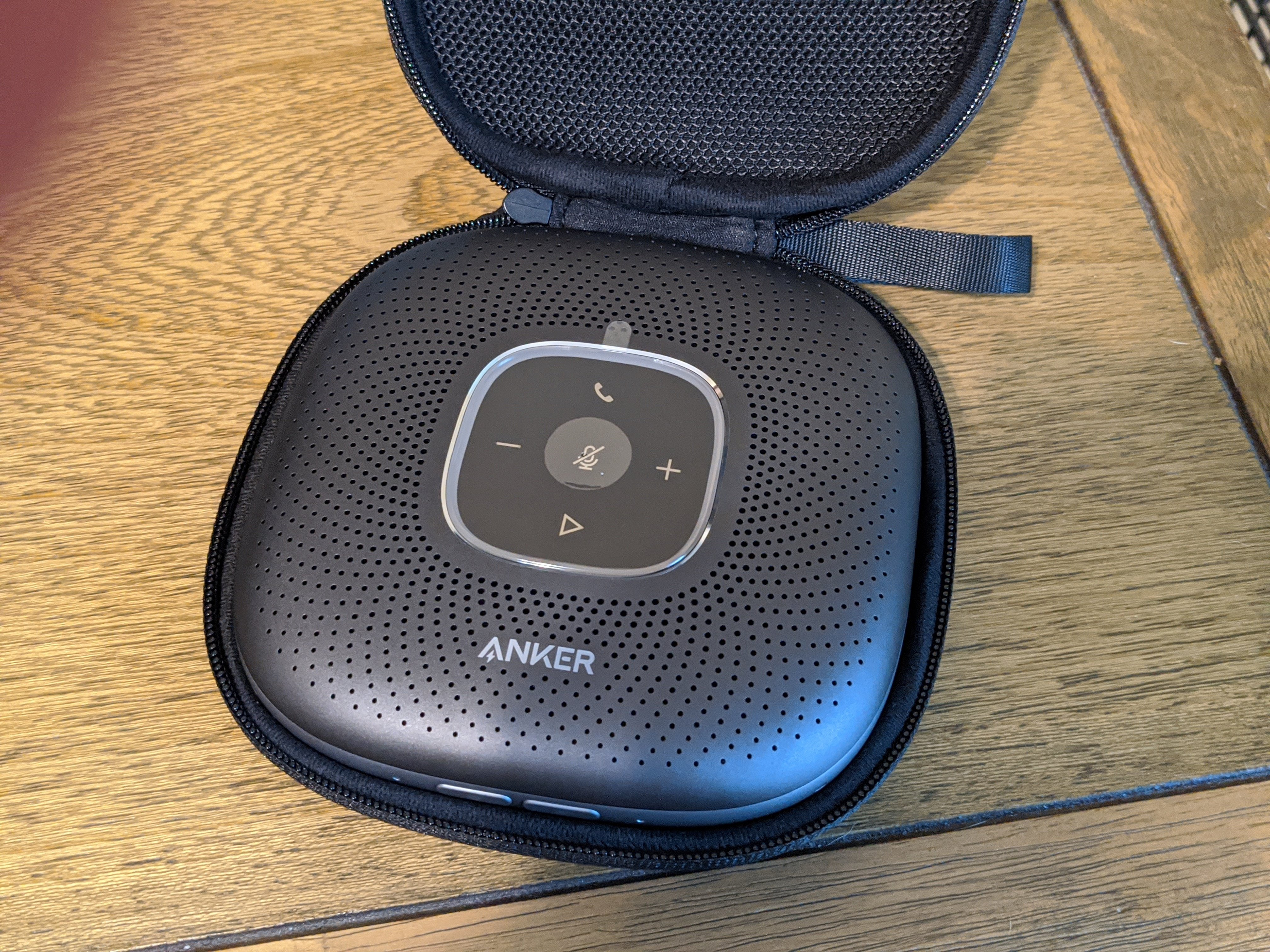 Anker surprised me recently with its announcement of a Bluetooth-powered speaker which revolves around conference calls. I really didn’t think there was really a problem that anyone was tasked to solve, but here we are.

After spending two weeks with the Anker PowerConf I have some thoughts on the device, some of which I found to be as surprising as the announcement itself.

The industrial design of the PowerConf is superb. Honestly, it might be one of the most well-designed devices Anker has ever sent my way. It has nice, sleek curves with a combination of soft plastics and a metal chassis. There’s also a heft to the speaker that I appreciate which lends itself to a premium feel. 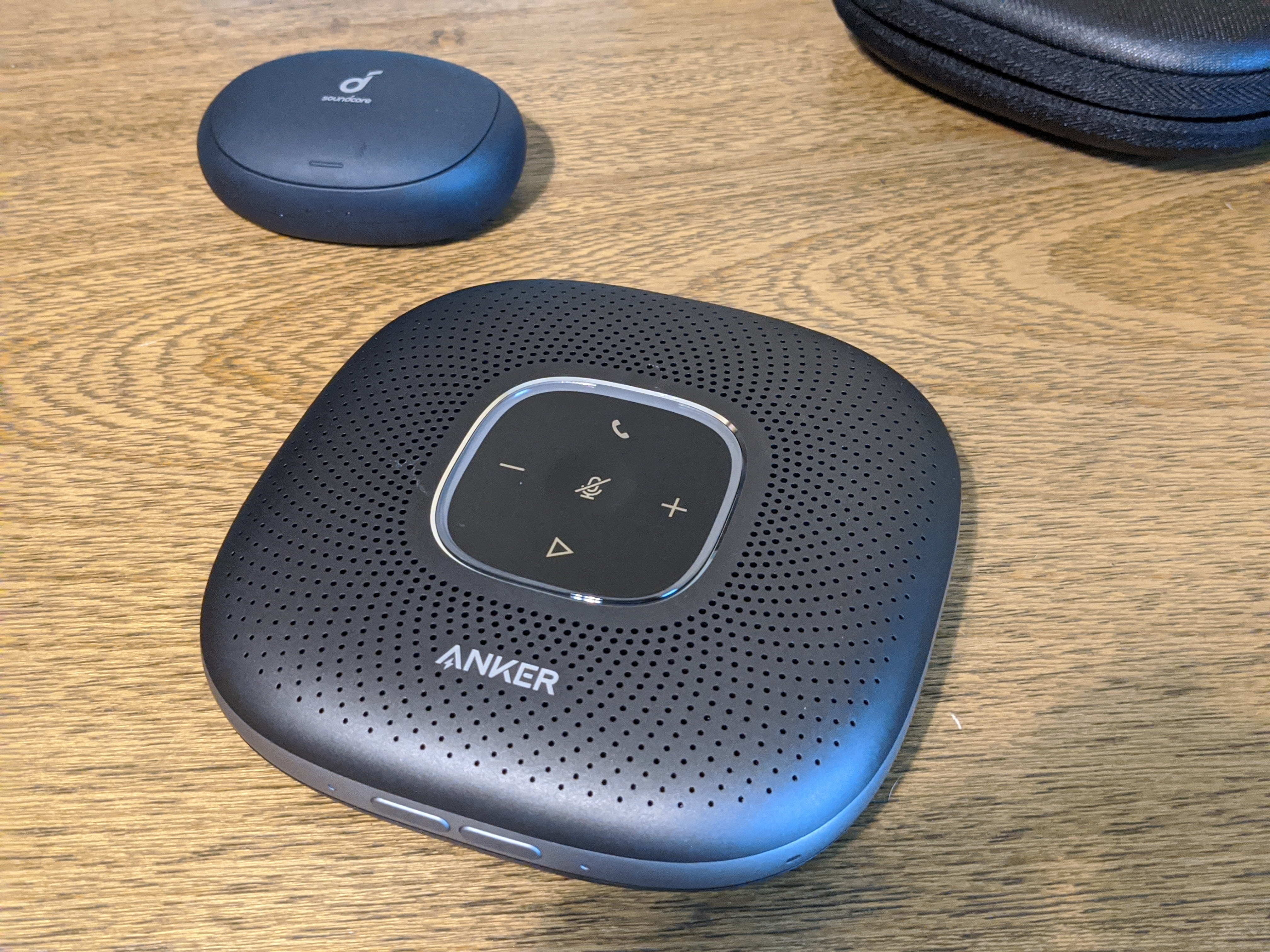 Atop the device, you’ll find the main control pad for the PowerConf. Here resides a d-pad style button layout for calls, volume up/down, mute, and play/pause. Simple but effective options to add to your desk calls.

Rounding out the PowerConf is, of course, the audio aspect. The device is equipped with six omni-directional mics and a large loudspeaker. This allows for voices to be picked up from any direction in the conference environment and provides ample output from the other end of the line.

This was my biggest takeaway from using the PowerConf: consistent. I could always take group calls via the speakerphone of any phone lying around. However, the Anker gave me the ability to do this and ultimately feel like the other caller was in the same room.

Gone are the issues of people always missing portions of the conversations or someone in the internal group not being heard. That’s easily covered with the six microphone system. It outperforms many of the clunky wired systems I’ve used and can easily be tossed in my bag at any point.

Another winning feature is that it supports both Bluetooth 5.0 and the USB-C standard. Having both is great for the PowerConf and its flexibility. Sometimes Bluetooth is not the best performing option, but you can work around that with a simple USB-C plug with no need for additional drivers. It just works. If you have a dedicated phone for conference calls or weekly meetings, it would be great to pair or plug in here. 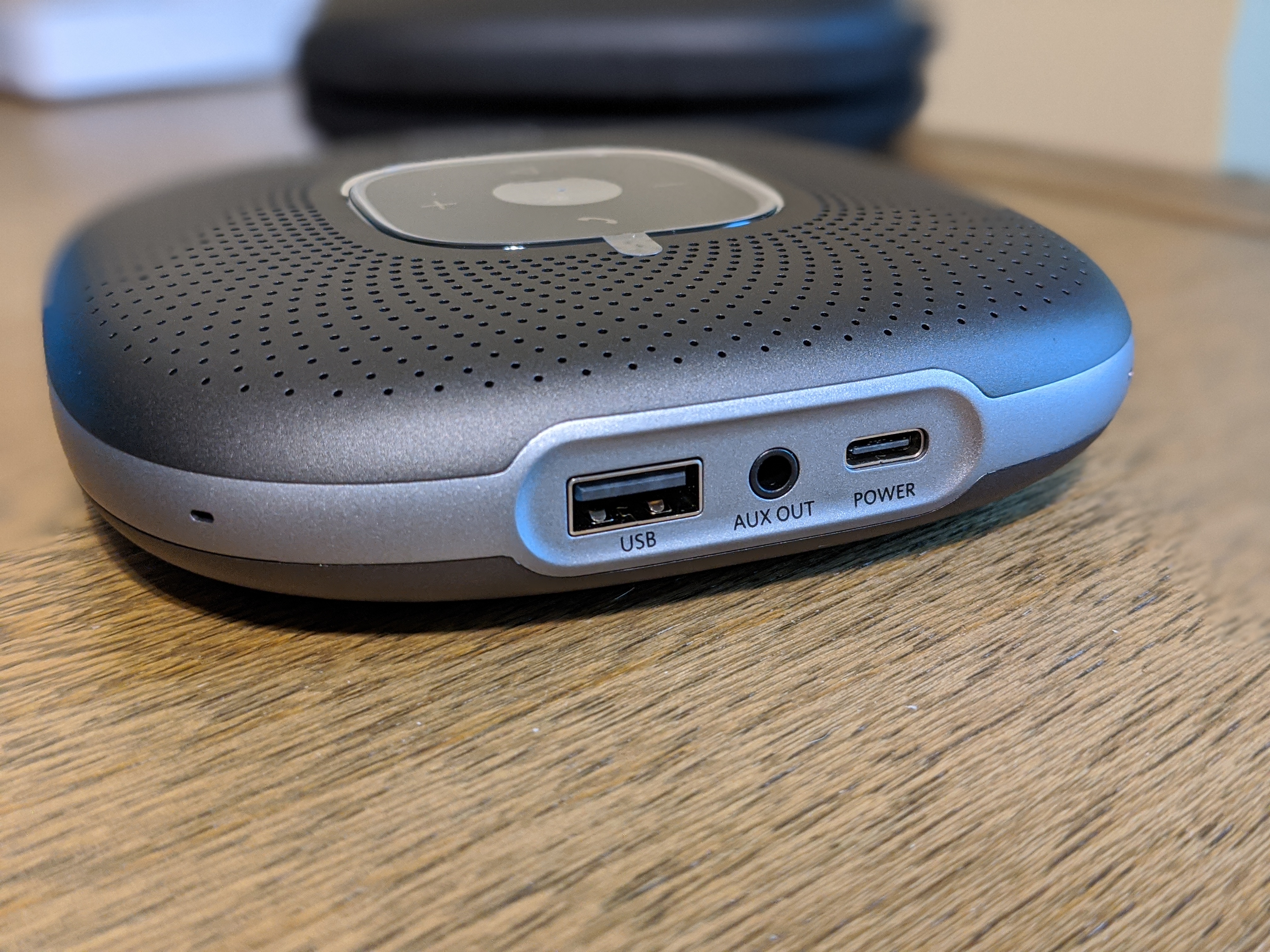 Oh, and you can use it for media playback in both standards. It’s not anywhere near the quality of the dedicated media options for Anker, but it will play your favorite song when not taking phone calls. Just another nice touch.

And if it’s really something you’d like to use for music? Try the good ol’ fashion 3.5mm auxiliary jack. Yep, that’s there too.

Want to check off another box under flexibility? How about it also doubles as a power bank charger? On its own, the internal battery will power the PowerConf for up to 24 hours of talk time.

You can also use the device to charge your USB-C phones and tablets while on the go. The 6,700mAh bank should be able to top off most gadgets quickly and multiple times over. You’re already sitting at a desk right? Be productive with that time.

I initially walked into the review thinking it would be another item that hits the “used it once for a review” drawer in my home office. The reality couldn’t be further from the truth.

Recently, I’ve found myself using the Anker PowerConf for most of my calls. Whether it be one-on-one or group conversations, the PowerConf comes in handy for phone calls. Add in that it’s a decent Bluetooth speaker, and a power bank, and Anker has my full attention.

The Anker PowerConf is available via Anker’s website and Amazon for $130. This might be a little pricey when viewing as just one of the features, but you compound the value of when it’s in a single device. The PowerConf is well worth it in my eyes.