Tronsmart is at it yet again, expanding the Bang portable speaker lineup. We’ve recently taken an extended look at the Bang Mini and now the company has given us the opportunity to try out the smallest Bang SE speaker.

It’s easy to recognize the similarities between the Bang SE and the rest of the family. It shares the same industrial design language with the size being the main difference. Another addition to the smaller footprint is two hook anchors on each side of the handle for the included carrying strap.

To the top, you have the same layout we’ve seen on all the Bang speakers. You have the familiar power, SoundPulse, volume up and down, play/pause, speaker stereo sync, and LED controls. All these buttons are encased in a firm, soft-touch covering that gives it a premium feel that’s easy to navigate. 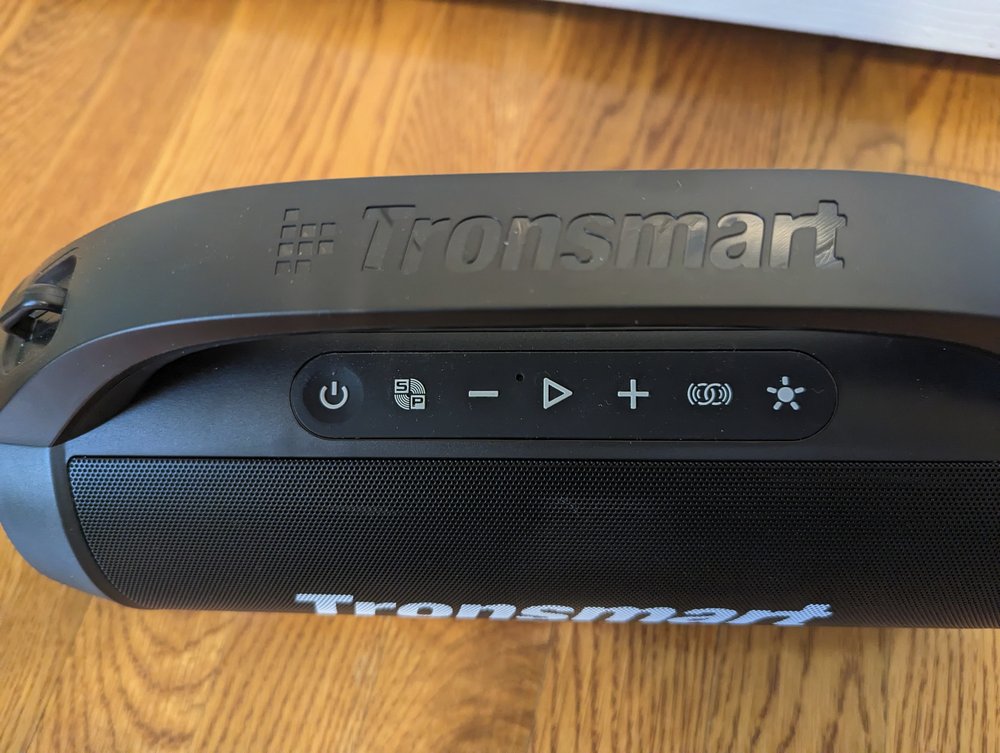 Behind the large, front-facing Tronsmart logo live the party powering the Bang SE. Under the canvas, weave are two full-range drivers capable of full stereo sound. Around each side are two subwoofers to add to the sound with lower bass audio.

The rugged outer casing and IPX6 water resistance should have the Bang SE ready for almost any environment. I’d have zero issues having this at home, out by the pool, or even camping. Add the optional should strap, and you literally can take this almost anywhere.

I’ve been really surprised by the sound of the Tronsmart Bang SE. It’s on the same level, if not better than its most recent sibling Bang Mini. I know that doesn’t make much sense but to my ears, the balance of the stereo sound is slightly better on the SE.

The mix of highs and mids is fantastic for a speaker this size and never seems like it’s flexing too hard even at high volumes. The bass is punchy as well without overpowering the rest of the audio. 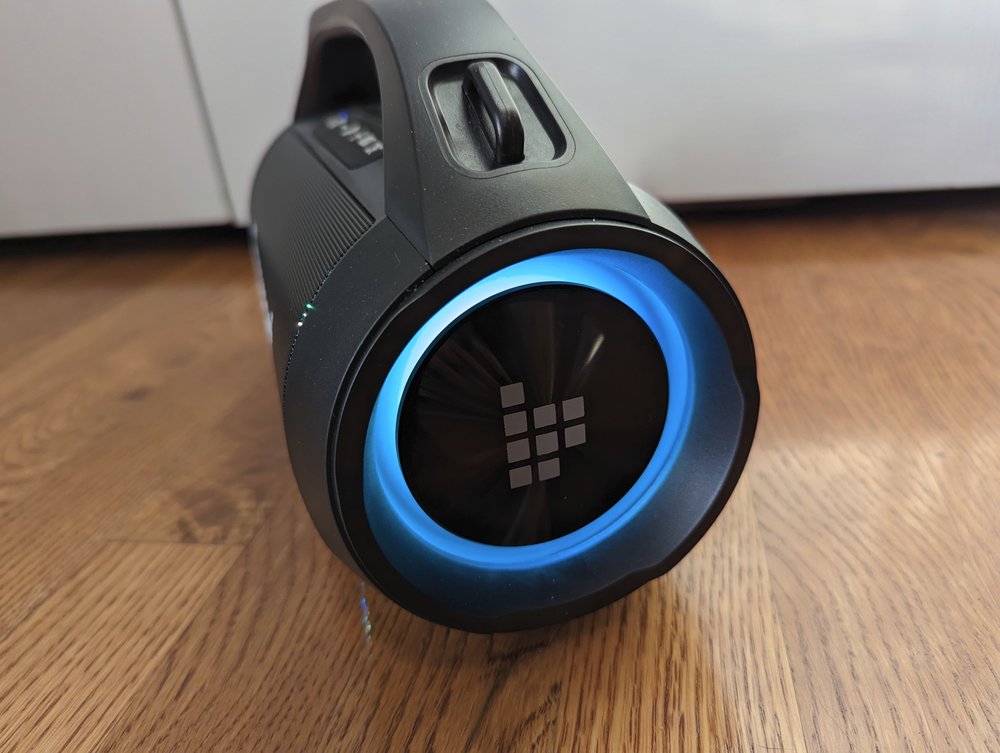 My one complaint would be the Tronsmart app doesn’t support this model yet. Having more granular controls to your taste is a nice touch that the largest Bang supports and I wish both the Mini and SE had this as well.

The Tronsmart Bang SE has a good selection of ports on the back of the speaker. Behind the waterproof flap, you’ll find USB-A, USB-C charging, a 3.5mm auxiliary port, and a microSD slot. This gives the Bang SE a solid array of options for charging external devices as well as charging via the USB ports and expansion to other media inputs with the headphone jack and SD card.

Tronsmart rates the battery life at 24 hours with the volume set at around 50%. I’d estimate this to be fairly accurate. I was able to have this play in the background near these audio levels for around three full workdays at my home office. 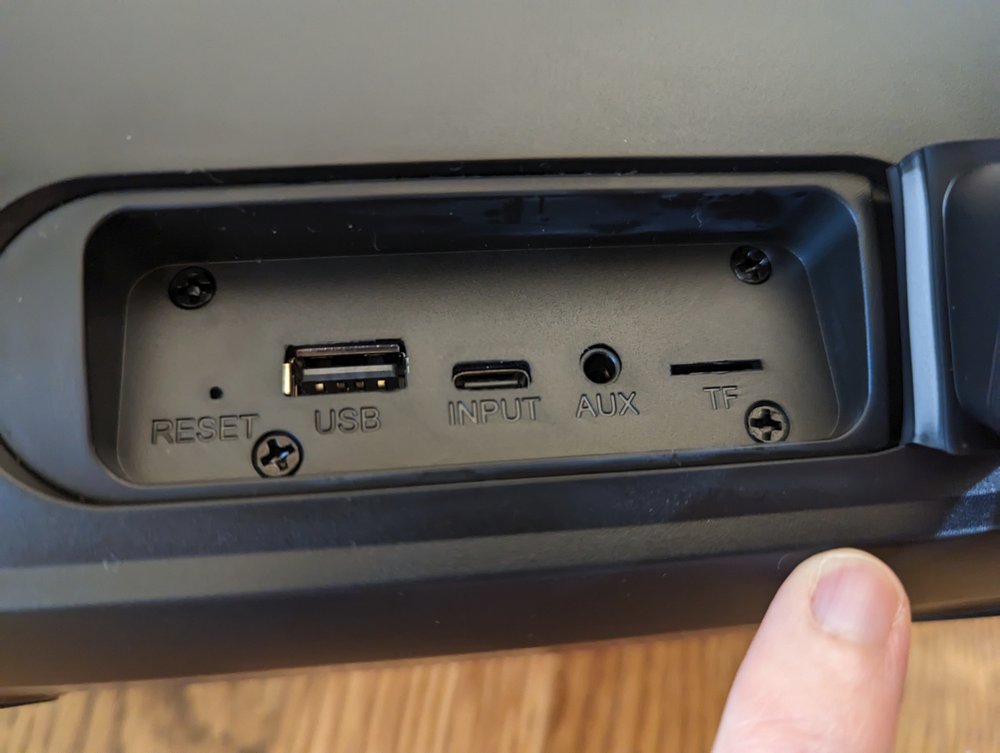 Tronsmart might have the best Bang for the buck in the Bang SE. This smaller variant still packs great sound, above-average battery life, and a sturdy travel footprint. The Bang SE might be the best option in the lineup for most users.

Full retail for the Bang SE will be $70 and I think that’s more than reasonable for the features here. Need a little more incentive? How about for the global launch the Bang SE is just $55. That’s hard to beat at the link below.

The gaming headset is the most important accessory when it comes...
Read more

It's a win-for-win moment when you get wireless earbuds with high-quality...
Read more

TCL Mobile is releasing another stunning mobile smartphone today, a device with striking visuals. The phone will be available in the U.S today and...
Read more

It's a win-for-win moment when you get wireless earbuds with high-quality sound, ANC support, and importantly at an affordable price range. In this latest...
Read more

Life sciences is a niche industry with specific needs for talent that often go above and beyond what the existing talent pool...
Read more

Andrew Allen
Andrew is tech nerd and Linux geek who loves to experience the latest in mobile technology. When he's not glued to the web, he's a husband, father, and pit bull lover.