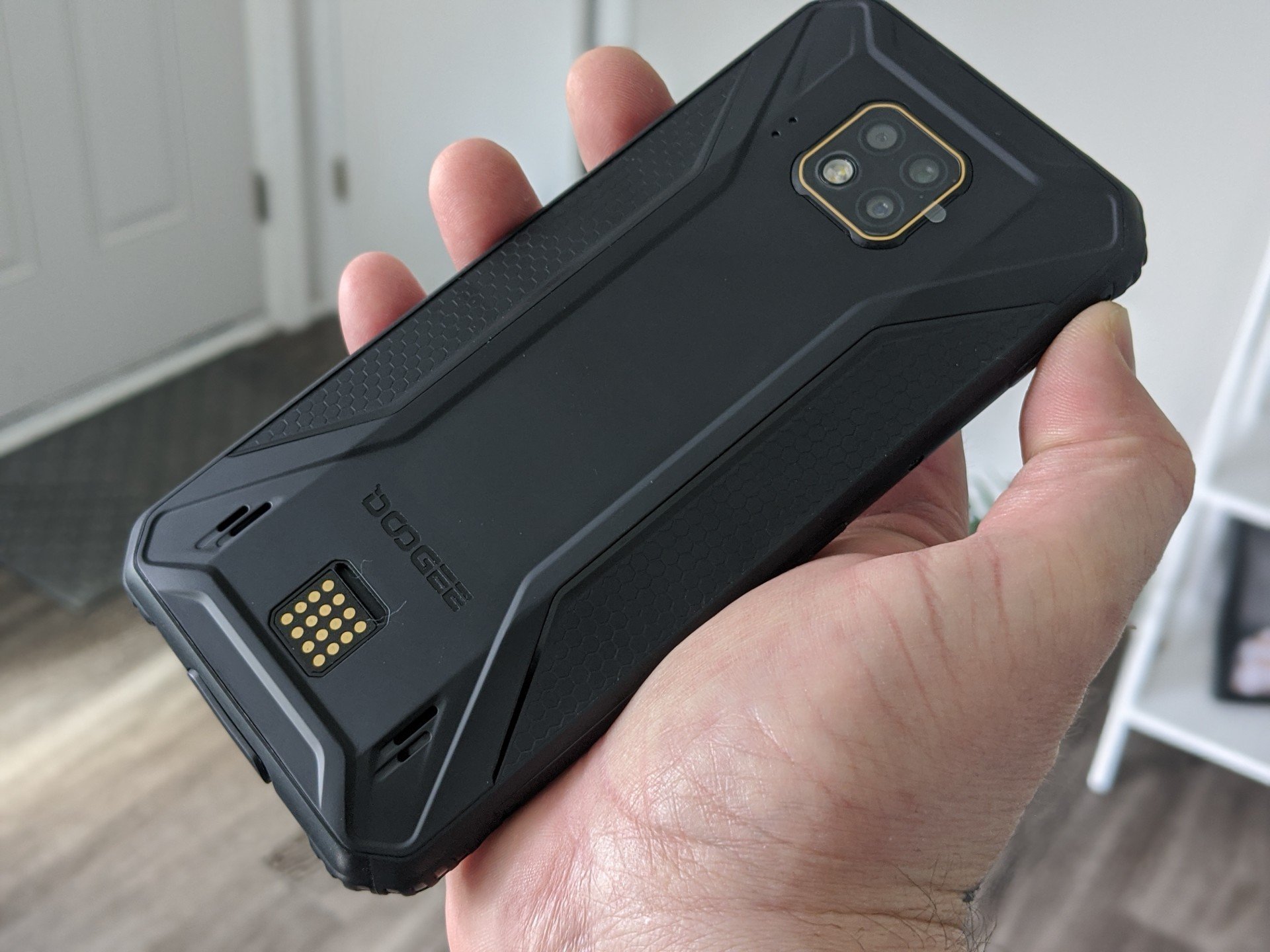 Doogee is back again with another phone with modular capabilities. The S95 Pro, available now for as low as $360 USD is a rugged Android 9 handset that lets users add external components to enhance the experience.

When it comes to hardware, the Doogee S95 Pro follows its predecessor, the S90, and plays in the upper mid-range or lower end of the high-tier. On paper it ticks many of the boxes that we look for in a “flagship” model, but it’s price is a fraction of what others might charge.

Given the aforementioned specifications, it would be easy for a bigger brand name to charge $500-$600, or more, for the phone. How does it fare in the real world? What is it like to use the Doogee S95 Pro? What follows are thoughts and impressions of the phone after having spent a few weeks using the phone as a secondary device. 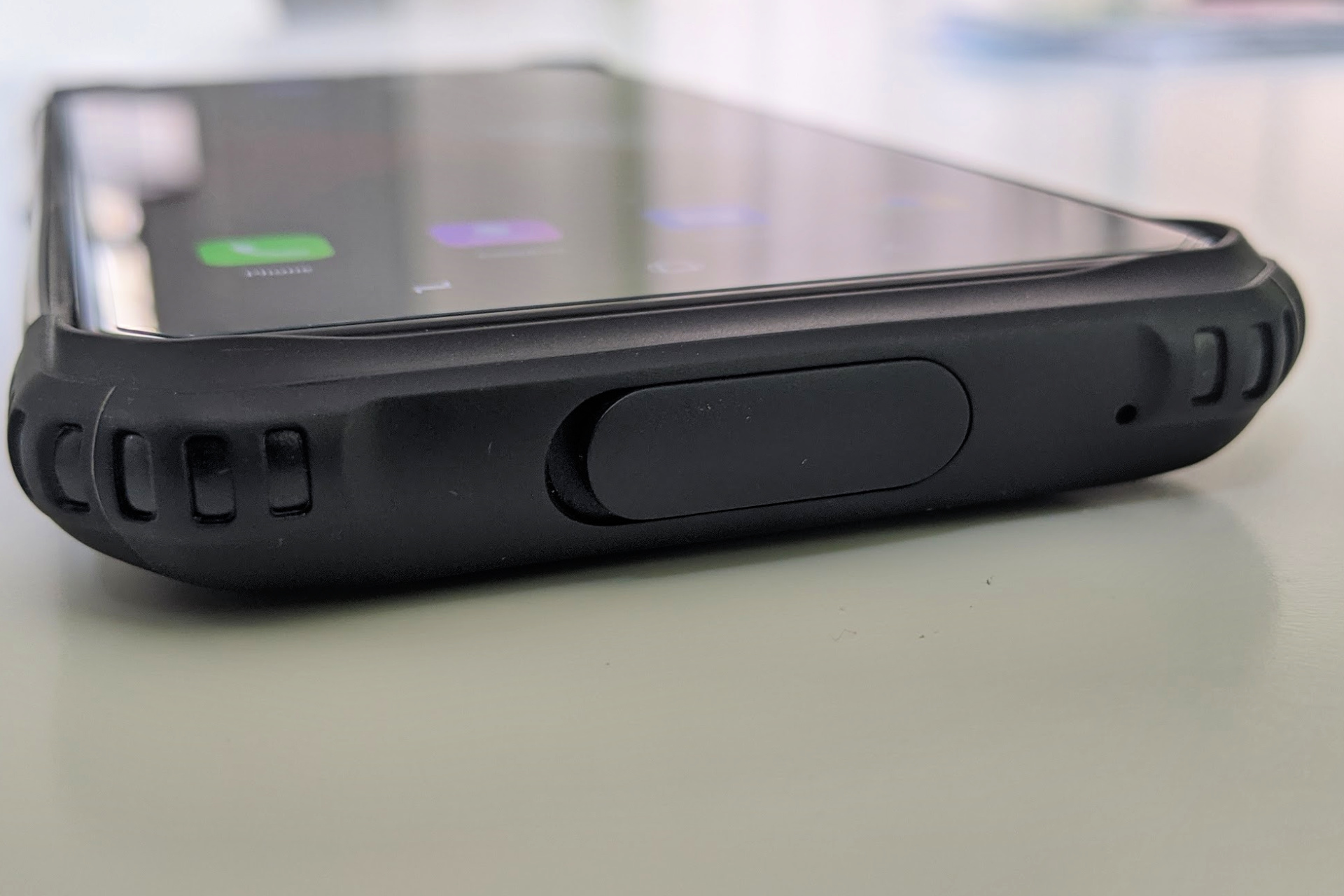 The Doogee S95 Pro is the postman of phones. You know that whole “through rain and snow and dark of night” thing? That’s what comes to mind here. The S95 Pro will do what you need it to do, when and where you need it to do it – regardless of conditions.

The Doogee S95 Pro is a great entrant to the growing line of rugged modern smartphones. It’s plenty powerful for all users and runs Android 9. It’s crisp and responsive without any bloatware that is found on some devices, something we’ve really come to admire in unlocked phones. 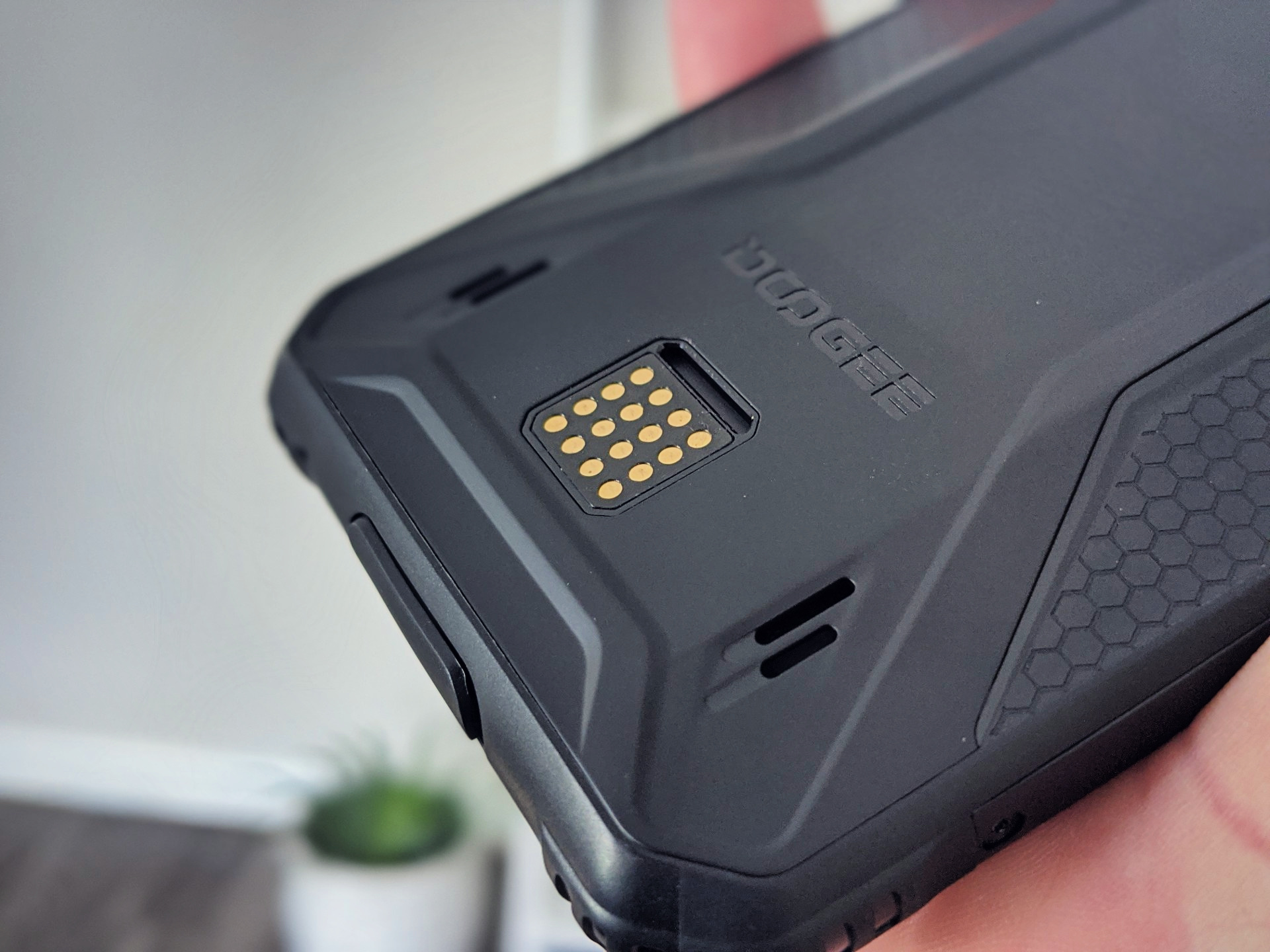 At 10 ounces, and packing 6.5 inch screen it definitely has size yet it doesn’t feel like a brick. In terms of aesthetics, it looks like something that came straight from Lucius Fox’s brain for the caped crusader. With NFC, face unlock, and 128GB built-in memory, it’s pretty sexy and compelling “rugged” phone.

The S95 Pro has click-in ports to cover the SIM, SD card, and charging ports. Additionally, it comes with a screen protector pre-installed on the Gorilla Glass 5 and an one is included in case of an accident. All of that is to say there are measures taken to keep the phone safe and secure.

As an IP68 rated phone, it stands up against water for quite a while. Not just a dip in the pool or an accidental splash from a spilled drink, either. We’re talking extended periods of time. 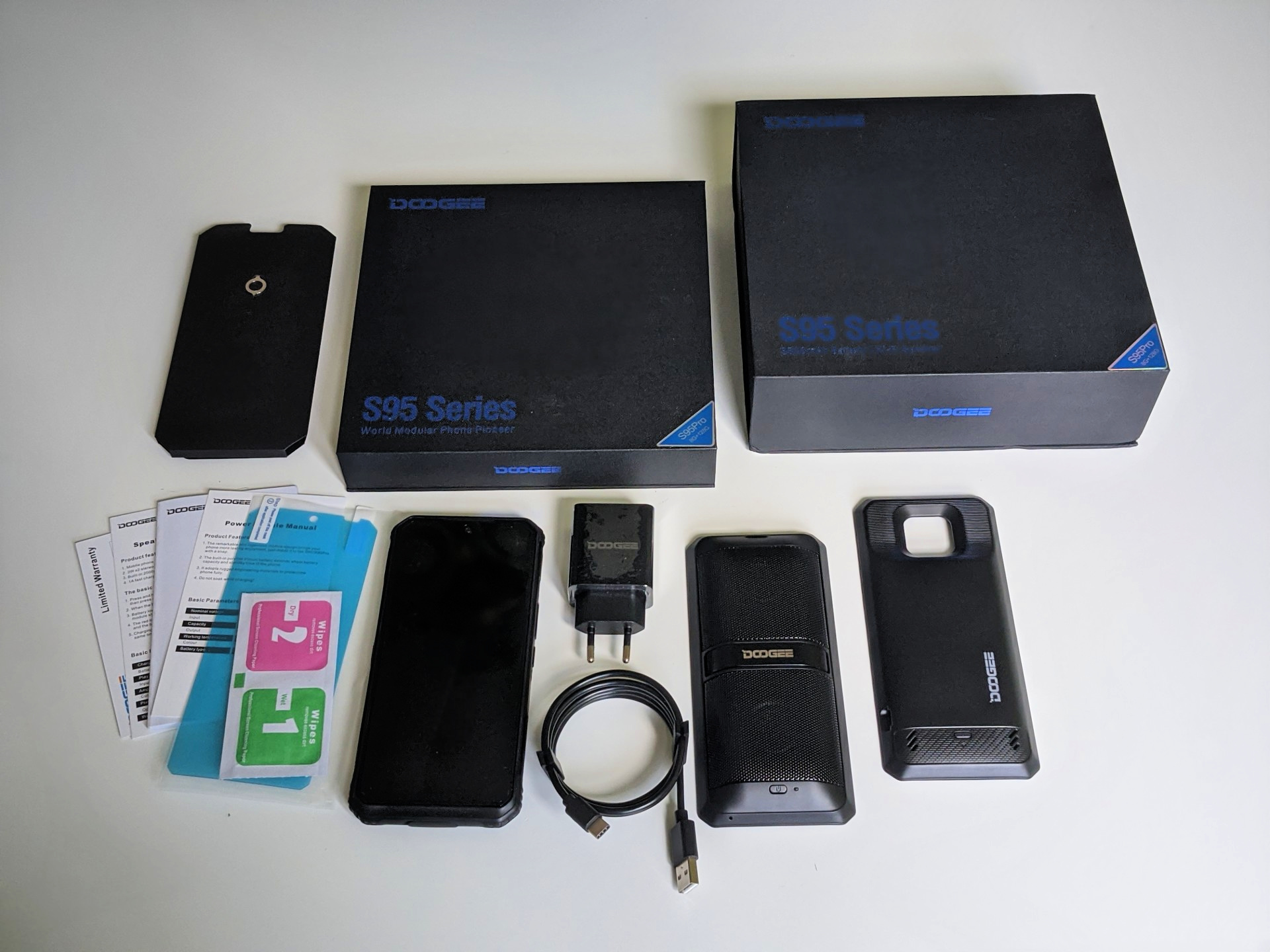 I didn’t have the four hours or 10 ft of water to worry about in my testing, but I did watch an episode of Curb Your Enthusiasm in the shower and it worked great. If you’re the type to get caught up on news, emails, and other things in the shower or bath, you’ll love that the S95 Pro does, too.

The S95 boasts three camera lenses on the back with a flash and a 16-megapixel selfie camera on the front. The 48 megapixel main lens takes truly gorgeous photos. The wide lens is a nice wide angle but I had a little bit of blurring on the edges of my photos.The zoom lens is decent too. 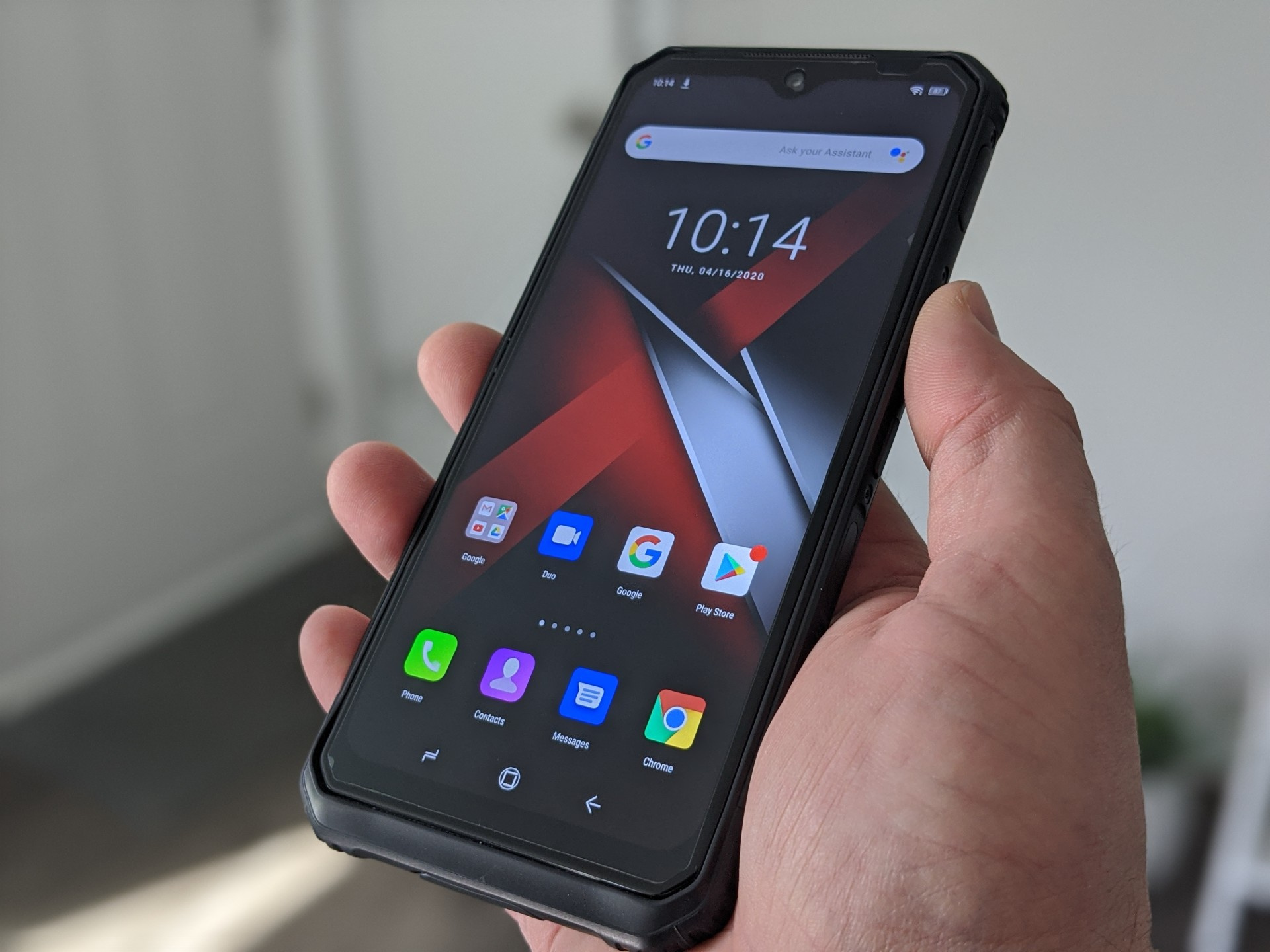 As part of my review unit, I also received two attachments for the S95 Pro: a 3,500mAh battery and boombox speakers. Given the phone has an already-generous 5,300mAh power supply in it, the extra battery pack ensures plenty of Candy Crush on the camping trip this weekend.

By itself, the S95 Pro gets at least two days of typical usage. Throw that extra unit on and it’s another day or more. All told, you’d probably have a tough time depleting things over four days or average usage. 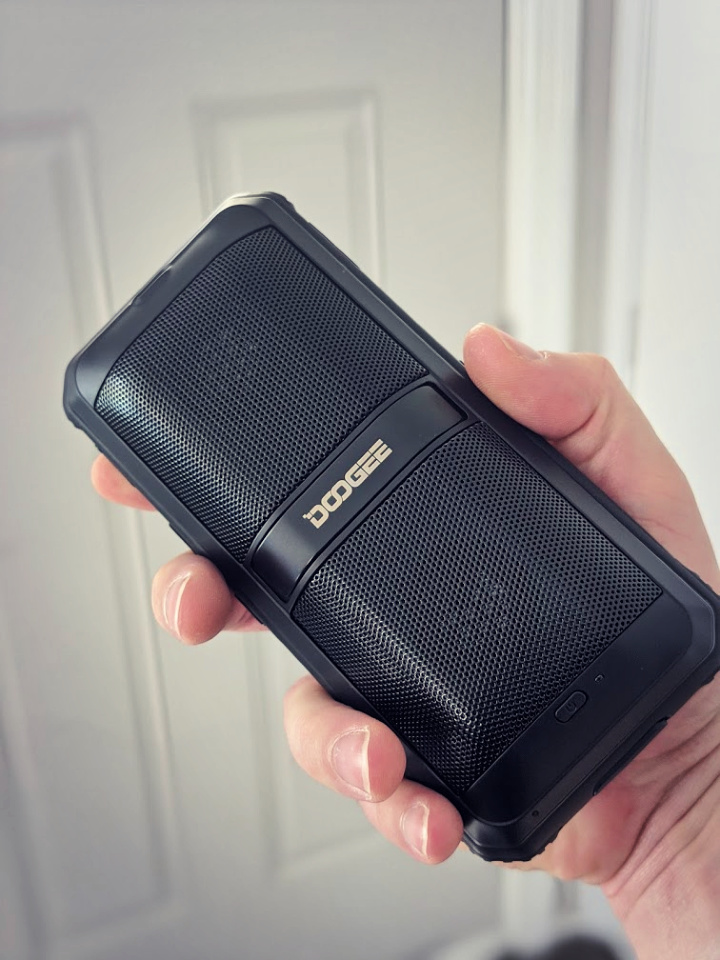 The speaker attachment is also good with nice highs and deep lows that you don’t get from the normal smartphone speakers. Interestingly and helpful, the speaker attachment also has a kickstand so you can set a proper viewing angle if you’re watching a movie or monitoring a playlist.

The phone is a good size and not bulky by itself, but with the battery or speaker attachment there is no way it would be comfortable in a pocket. And with other modules available, they’re the sort of thing that you might keep in a car or at work for specific needs.

At this price, I think it’s a a great smartphone for people that need reassurance and peace of mind whether on a job site location or at Burning Man. It will go anywhere you do and last just as long, maybe twice.

You can learn more about the Doogee S95 Pro at the DoogeeMall website where it’s also available to purchase. You can also find it at Amazon. Always be sure to check that the phone you’re considering will work with your carrier.

According to Amazon, the Doogee S95 Pro has support for the following bands. This global model works with all major wireless providers.

Do note that there are other versions of the phone available with more (12GB RAM) memory. Moreover, you’ll also find bundles with some of the modular accessories.