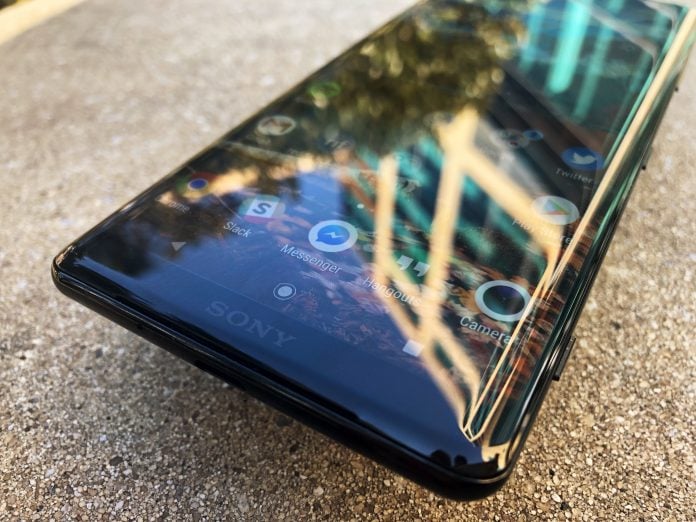 So we have spent a little more than a month with the Sony Xperia XZ3 and feel that we’ve experienced everything possible to formulate a review. So without further adieu, here’s the AndroidGuys review of the Xperia XZ3.

As we stated in our First Impressions, the Xperia XZ3 packs just about everything you would expect in 2018. However, there are a few surprising omissions which left us scratching our heads.

If you have become accustomed to smaller or lighter devices over the last year or so, you will struggle a bit. The Xperia XZ3 feels like a brick when you take it out of the box for the first time.

Sony finally got the memo that hard edges and corners are a thing of the past. The Xperia XZ3 is curved basically everywhere, with smooth edges that melt the display into the frame.

The rear of the handset is also curved, which helps keep it in your hands during usage. It’s a much more comfortable feeling than a device with just a simple, flat, rear-casing. 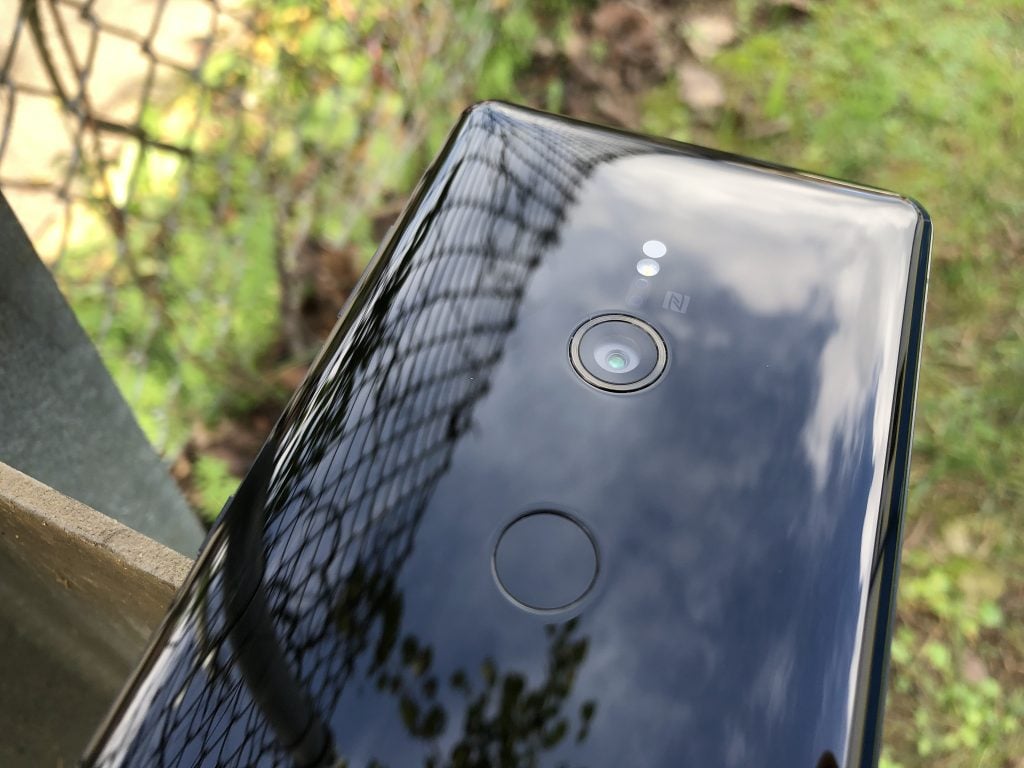 Even with a case with separate cutouts for the camera and scanner, I still found myself reaching for the camera. For whatever reason, the scanner on the Xperia XZ3 is a bit too low and it feels like Sony could have positioned it higher.

This isn’t a deal-breaking issue in the same way that the Note 8’s scanner was stupidly placed. However, it was still frustrating enough to make me want to point it out.

When you look at just about every other smartphone nowadays, the volume buttons and power button are placed on opposite frames. However, Sony decided to slap both on the same side, along with an extra button closer to the bottom.

This tertiary button acts as a quick-access and shutter button for the camera. Pressing and holding the button will quickly bring up your camera, and then you can press the button again to snap a picture.

Personally, I don’t think we need a dedicated camera hardware button anymore. I would have liked to see better Google Assistant integration with this button or something similar.

The mention of Google Assistant brings into the software-side of the Xperia XZ3. Sony was one of the first OEM’s other than Google to launch a device with Android Pie on board.

Needless to say, if Sony launched a phone in the 2nd half of 2018 without the latest version of Android, I would have quite a few qualms with that. However, I’m happy to report that’s not the case here, and Android Pie shines on the Xperia XZ3.

Instead of throwing some gaudy and ugly overlay on the XZ3, Sony kept it simple. The handset almost feels like stock Android, including the Settings app, launcher, and notification shade. 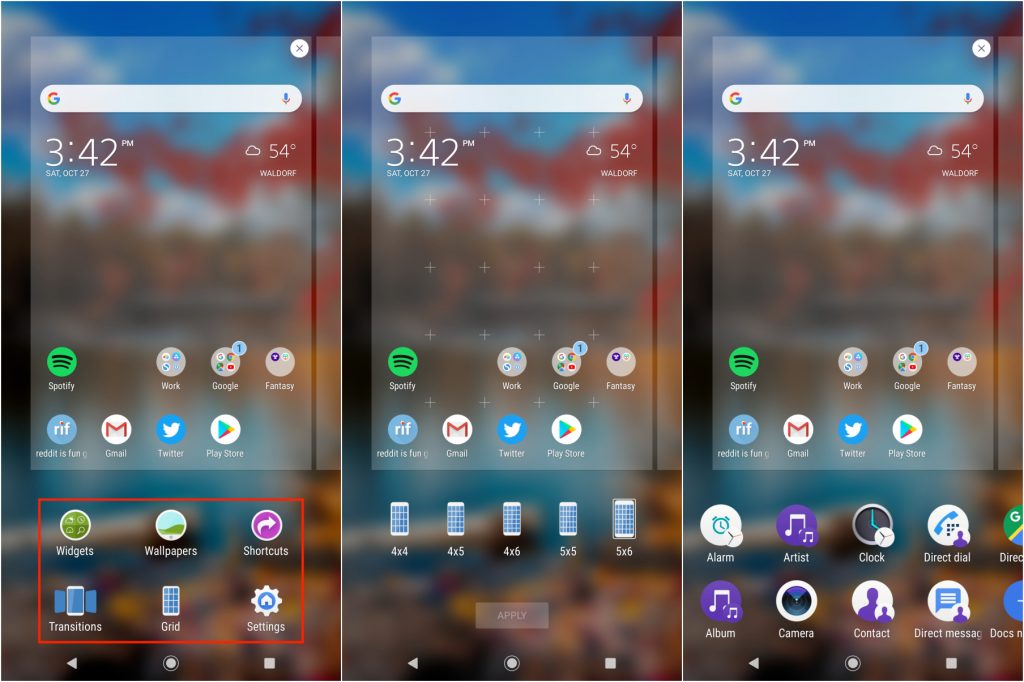 You even get the Google Feed when swiping left on the home screen. This is a wonderful addition and something that more OEM’s should take note of.

Is there really any bloatware?

Since the Xperia XZ3 is not available through any carriers, you don’t really have to worry about dumb bloatware. However, Sony does package a few of its own apps, along with a few others. 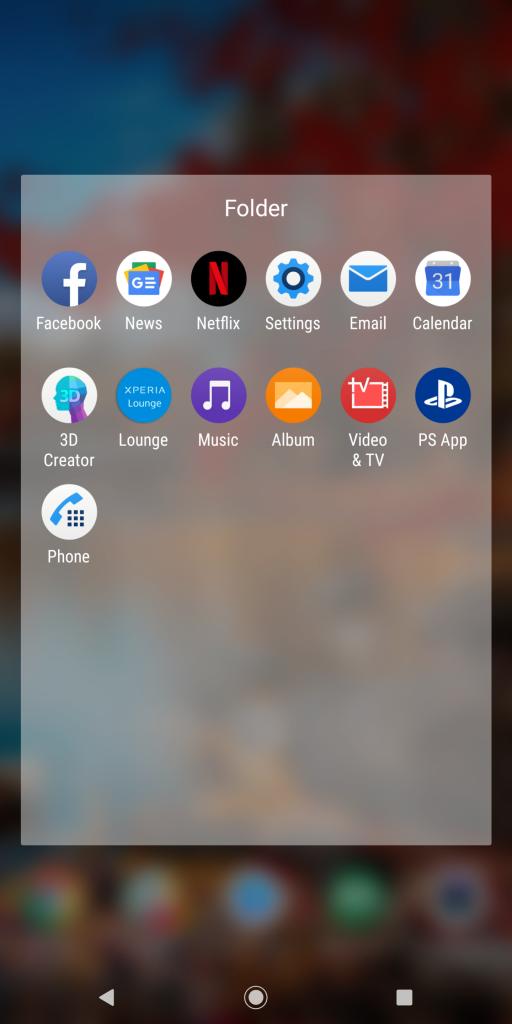 Other than the apps listed above, Sony also included some of its own apps for Email, Music, and the Gallery. Even after throwing an AT&T SIM card in the device, there were no extra apps installed, making me a very happy man.

The inclusion of Facebook is frustrating, but that’s a discussion for another day.

In years past, we have seen HTC and Google integrate extra features into the frame of their devices. Sony wanted to jump on this train, but did so in a different manner. 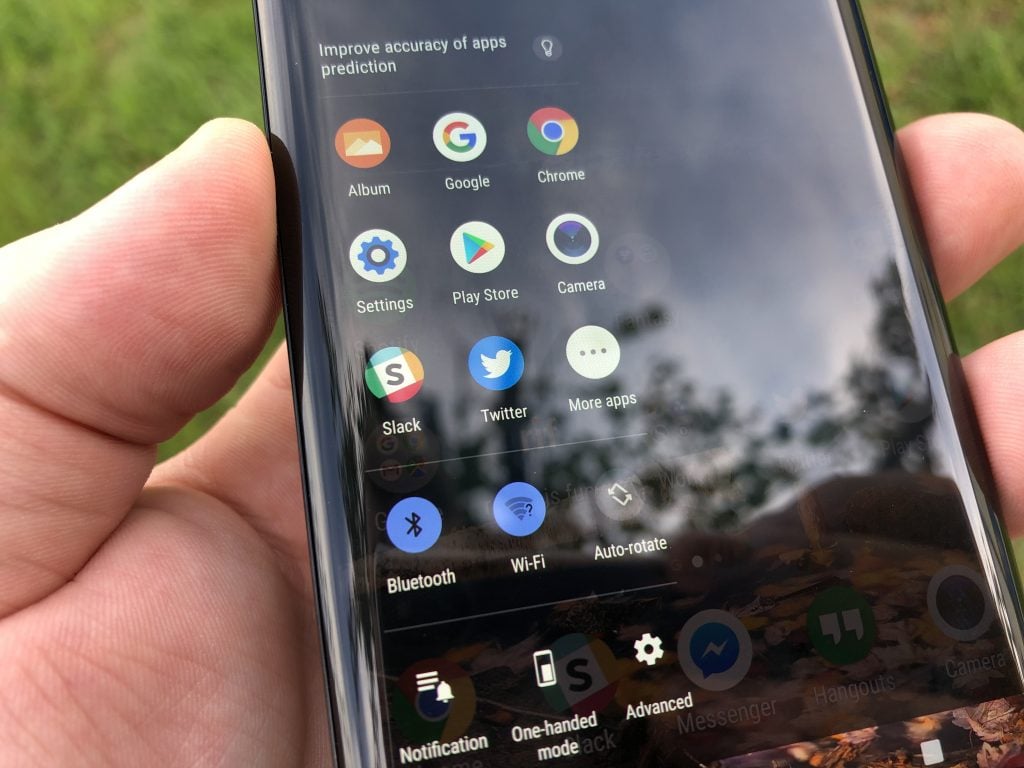 Instead of providing “squeezable” gestures, Sony integrated special touch areas, which it calls active Edge Touch. When activated, you are provided with some of your most-used apps and quick toggles.

This was a blessing and a curse in my experience. For some reason, it would activate when it wasn’t intended to be, and wouldn’t activate when I was trying to get things to work.

When everything worked as advertised, then it was a great experience. Edge Touch definitely came in handy a few times, but this feels more like a gimmick than something that people will use on a regular basis.

Overall, the software felt very fluid, and did not really stutter unless I was trying to do too much multi-tasking at once. Sony gets an A+ in the software department here.

In 2018, there’s been one major trend: moar cameras. Sony and Google have decided to say “screw that” and stick with a single primary shooter. 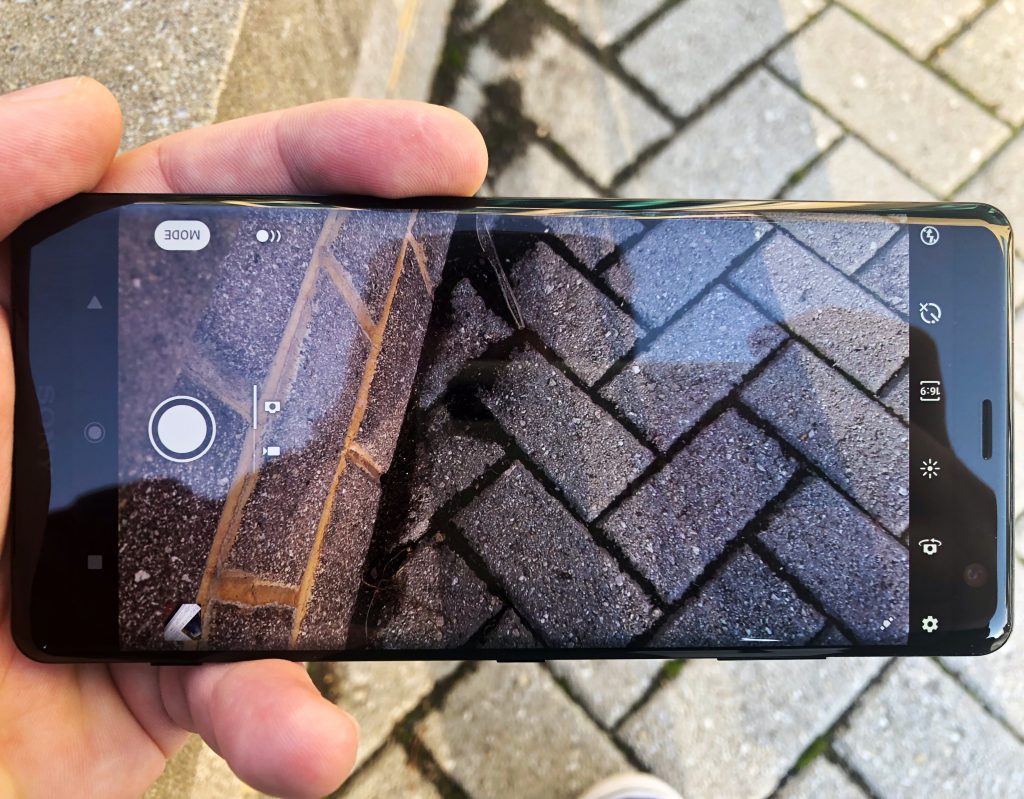 The single 19MP camera on the Xperia XZ3 performs admirably, even if it doesn’t stand up against the Pixel 3 or Galaxy Note 9. Instead, you’ll be looking more in the LG G7 range (for the primary camera), without the luxuries of a secondary telephoto lens.

As for the camera software, Sony has simplified the camera app. This almost feels barebones, other than the toolbar at the top and the MODE button which lets you get more creating.

Speaking of those different modes, Sony has included quite a few in its camera app.

First things first, we want to say how awesome it is that Google Lens is built directly into the camera app now. This inclusion makes it really easy to take advantage of Google’s latest push in the camera department.

Manual mode was also a welcome addition, as our smartphones are becoming better than other cameras anyways. Being able to adjust the necessary settings to get the perfect shot is something that simply cannot be overlooked.

There are some extra gimmicks included, such as AR Effect, Creative effect, and Sound Photo. But, Sony figured it should have some fun with the camera, other than just keeping things simple.

How good is the camera?

I have to admit that I was pleasantly surprised with the camera on the XZ3. My daily driver is the iPhone X, and even though it is a year old, it still has been my de-facto camera choice, regardless of what I’m reviewing.

However, with the Xperia XZ3, my opinion was finally changed, kind of. I really wish that Sony would have included a secondary camera sensor here. Especially considering just how big the single camera module is.

If I want a picture with a lot of Bokeh, I can use the included camera mode on the XZ3. But I HATE using digital zoom on any device, regardless of who makes it.

There is always a loss in image quality, and the same rings true with the XZ3. For standard shots, it will perform just fine, but if you need to zoom in for any reason, you may end up being a bit disappointed.

Check out our gallery above and let us know what you think about the XZ3’s camera capabilities.

We’ve talked about the software and camera, but we haven’t really touched on the battery. Sony packed a 3,300mAh battery into the Xperia XZ3, which is “par for the course” in 2018.

It’s not too big, it’s not too small, and it’s more than adequate to get you through the day. What is nice is that we have fast-charging on board, along with Qi wireless charging. This means that you can keep it charged up throughout the day, regardless of your favorite charging methods.

In our usage, we were able to get through the entire day, even with using the hotspot for an hour every day. This is also in addition to being in a building with spotty network coverage on a daily basis.

All-in-all, you will be pleasantly surprised with the battery life, even if RAM management can be frustrating at times. The inclusion of 4GB of RAM is rather annoying, as we would have liked to see 6GB included since its 2018.

If you are a fan of Sony’s new design language or want to see what the hype is about the Xperia XZ3 is the best of the best. At least in Sony’s world.

The biggest issue for folks will be the price tag, which comes in at $899. Plus, you won’t be able to use it on Verizon or Sprint, and won’t find the XZ3 in your local carrier store.

Instead, you’ll have to settle for using Best Buy or Amazon to pick up the device. If you don’t care about the price tag, you may want to check out this bundle on Amazon. It includes the Xperia XZ3 and the new Xperia Ear Duo wireless earbuds.