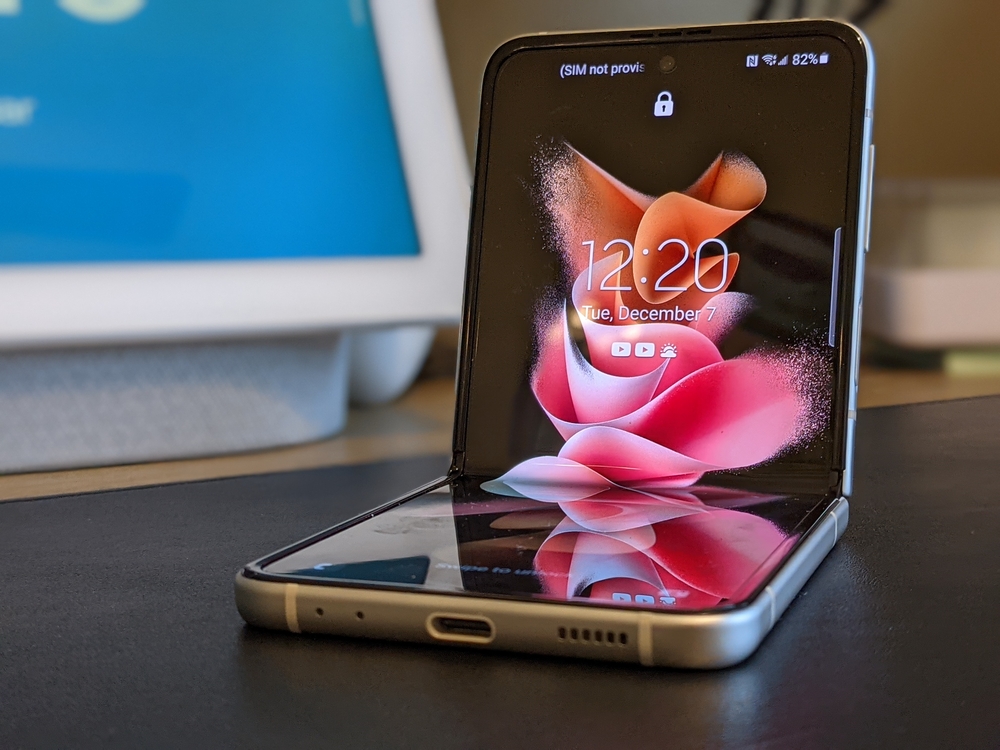 I love funky smartphone devices. I was a huge slider fan with the Palm Pre. I still enjoy the feel of an old-school QWERTY from BlackBerry. So, when Samsung started the folding movement I’ve been intrigued from day one.

I recently got a chance to review the Galaxy Fold 3 and came away impressed. Well, our friends at AT&T allowed me the same preview opportunity with its sibling, the Samsung Galaxy Flip 3 5G. Let’s get into the full review.

Samsung has been iterating the foldable form-factor for years now, and the Flip 3 (I’ll be dropping the 5G moniker for the remainder of this review). This phone feels and looks just as premium as any other entry in the Galaxy lineup. The combination of glass and metal truly feels like this is a legit smartphone like any other.

Internally, the Samsung Galaxy Z Flip 3 is powered by the latest 888 5G from Qualcomm and 8GB of RAM. As the name suggests, this Flip is the first generation with a 5G modem. Packed inside is 3,300mAh worth of endurance with the battery.

The main attraction of the hardware is the folding screen and hinge. The hinge feels tight and opens with just the right amount of resistance. It never feels flimsy or that it will break down after extended use. 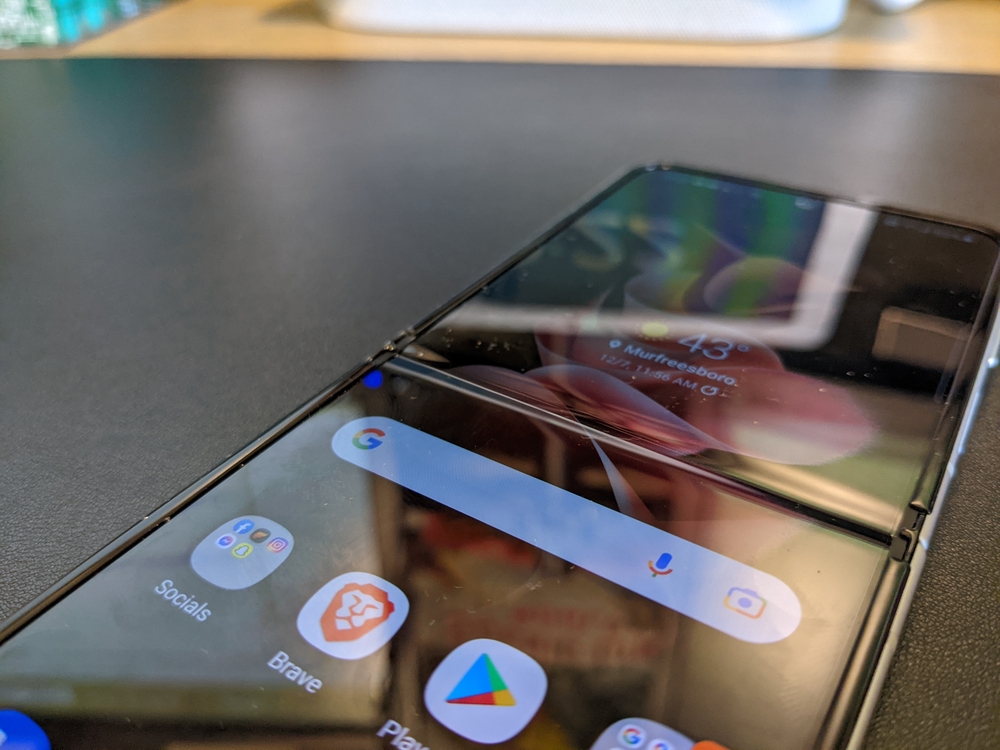 The main matte screen is 6.7″ flexible display set at 120Hz. You can see the crease in the display but it quickly fades away after a few hours of use. You also get a secondary 1.5″ display on the outside of the Flip 3 while the device is shut.

Rounding out the spec sheet, Samsung offers onboard storage in both 128GB and 256GB options. The company has also updated the water resistance rating to IPX8 which should allow you a little more extreme conditions than the previous editions, but you still don’t want to take it swimming. 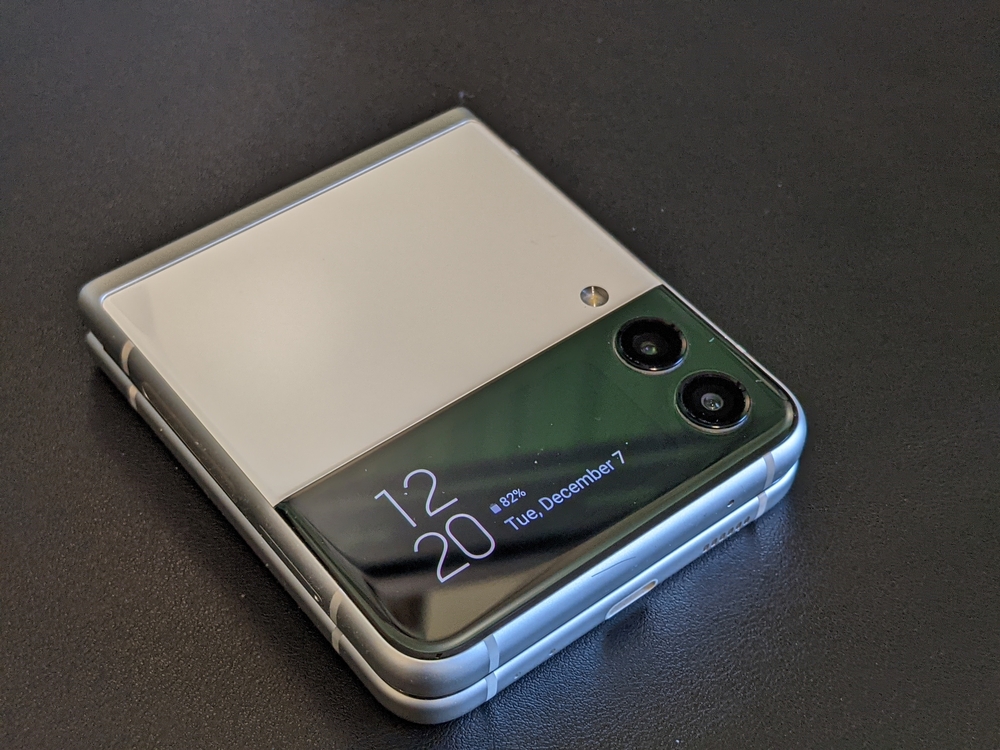 There are three total cameras on the Samsung Galaxy Z Flip 3. You have standard and wide-angle 12MP shooters on the rear of the phone. Much like the Z Fold 3, these take good photos in both standard and widescreen despite the sensors being nowhere near the quality of the Galaxy S21 series.

In good to moderate lighting, you can take more than acceptable photos. As that degrades, so do the results. None are bad, but the Flip 3 has a premium price, and the main cameras seem to be the biggest compromise.

On the interior display, you get a 10MP selfie-cam that is also serviceable. It is a cutout style notch sensor, so it performs better than the under-display offering on the Galaxy Z Fold 3. You should have no problem snapping Instagram-worthy shots. 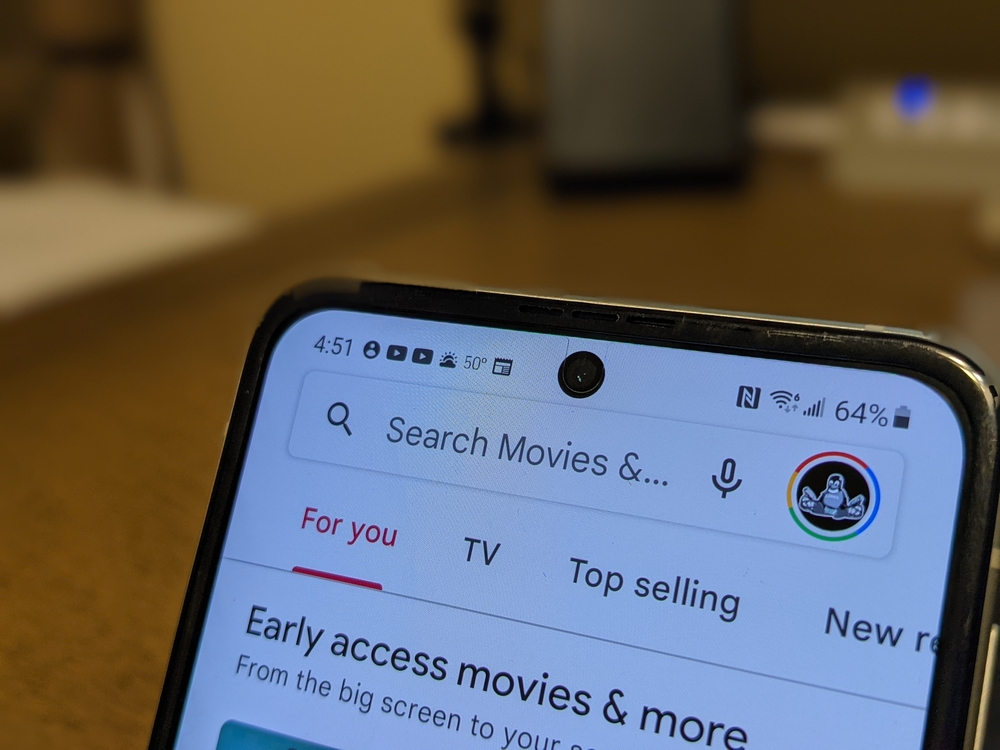 New form factors lead to hopefully new usage cases. The Samsung Galaxy Z Flip 3 has been a bit of a rollercoaster. I found my initial reaction was that this is the future of general smartphones. You can easily fold this up and throw it in your pocket.

However, as I entered weeks two and three of my testing period, I found myself struggling with that enthusiasm. The Flip 3 does fold up and in theory, takes up less space, but it doesn’t make it less bulky. While close you are essentially carrying two 4.2″ phones stacked on top of one another in your pocket.

Think of it like your Dad’s giant wallet stuffed with old checks, receipts, and cash. While it carries all the essentials you need in a smartphone, it just colors the mass a different color. Instead of a long, slim slab you now have a small brick.

Speaking of a long, slim slab, when the Z Flip 3 is “open” this phone is very tall. Like strikingly tall. Its physical footprint is over a full inch longer than any other phone I have in my home.

But my biggest usage hangup might be that I have to open it. Yes, I know that’s the point, but the novelty of having to do that every time I needed to interact with the Flip 3 wears you down fast. I quickly missed the ability to just pull my phone out and with a single fingerprint scan be ready to go.

I should also mention the secondary display doesn’t do a lot. Other than showing the time and date, it doesn’t offer much functionality. You can’t really interact with notifications or respond to messages.

Software is on par with the rest of the Galaxy lineup and I won’t go too in-depth with One UI other than I like it more than any other iteration of Samsung’s version of Android. You do get some of the foldable specific tweaks like multi-app views and the split view in YouTube where uses the fold as a standing orientation to watch videos.

Other than the cameras, this is the other big constraint of the Samsung Galax Z Flip 3. It’s an engineering marvel, but the sheer thinness of the Flip limited the battery capacity to just 3,300mAh.

I can get through most days, but I have had more anxiety making it through my evenings than any other recent phone I’ve used. If you tax it much past general use, you may have to recharge during your day. Long movie sessions or poor network areas will max it out quickly. 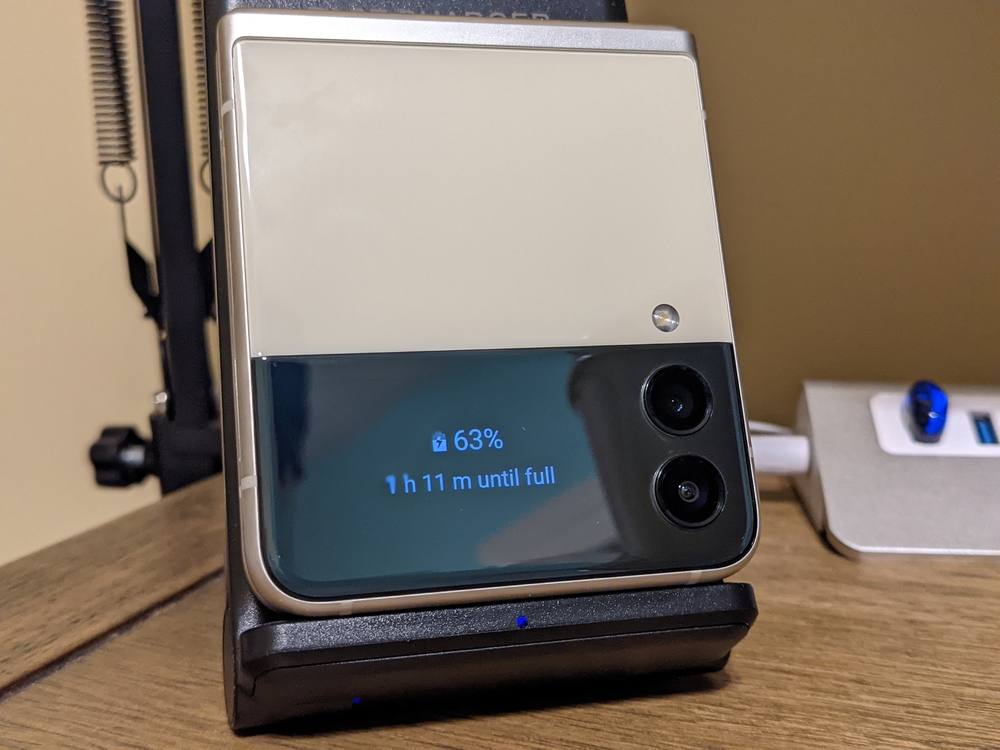 Thankfully, Samsung has included both wireless charging and USB-C quick charge. With the wired connection, you can get to 50% in around 30 minutes and a full charge in 95 minutes. This at least gives you a reprieve from the lack of battery capacity when needed.

Samsung has nailed the hardware and concept of this series in the Galaxy Z Flip 3. The look and feel of this device are great while bringing its cutting-edge form factor to consumers. I just don’t know that it’s a one-to-one replacement for the modern smartphone.

There are just enough compromises and drawbacks that make it hard to recommend unless you just want the ability to fold a phone. The Z Flip 3 doesn’t hold the same value add as its larger sibling.

If you are a potential buyer who still wants this device, you can snag it from your local AT&T right now. The cost is subject to current discounts and promotions if leasing, but the full price will set you back $1,000.