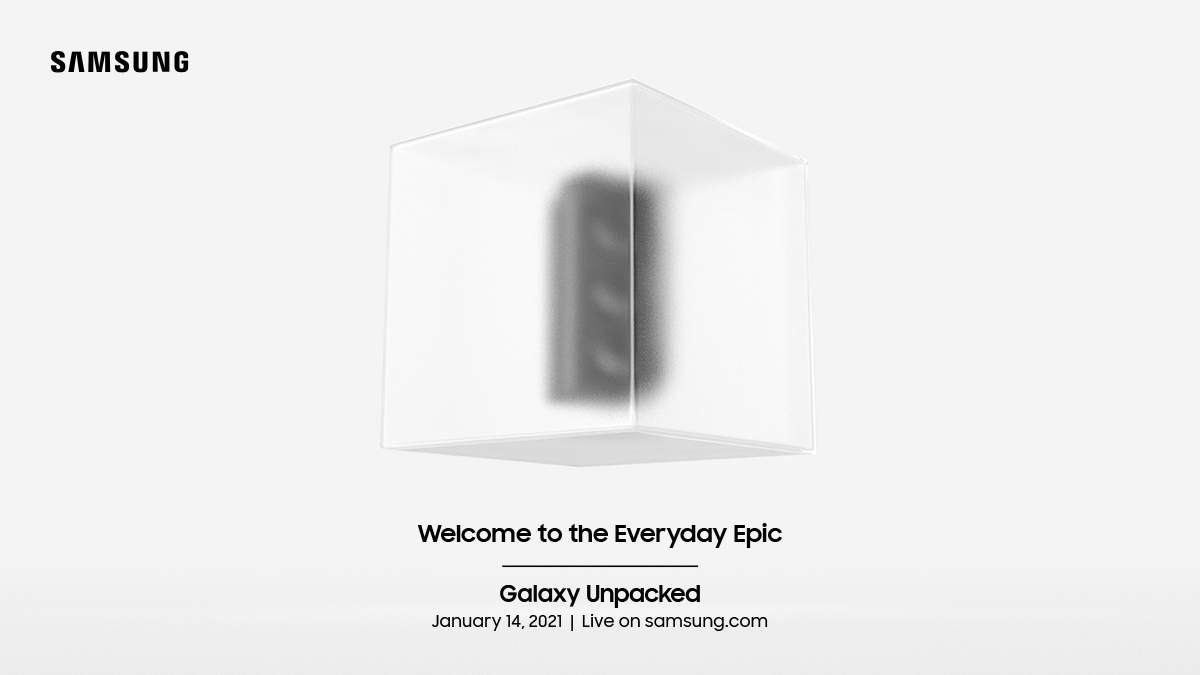 Over the past few months, we’ve covered the multitude of rumors and leaks about the upcoming Samsung Galaxy S21. We’ve seen renders, videos, specs, and heard that the Ultra variant will include support for the S Pen. Among those rumors, was also one that stated Samsung would host its Galaxy Unpacked event much earlier than last year.

Now, Samsung is making it official, by announcing that the Galaxy Unpacked event will take place on January 14, 2021, at 10 a.m. EST. Considering we’re still in the midst of a global pandemic, we can expect the event to be much different from usual. However, Samsung will be streaming the event live on Samsung.com so you won’t have to miss a second of the action no matter where you live.

Your experiences are about to get even more epic on January 14, 2021.
Watch #SamsungUnpacked live on https://t.co/D6nxws2O4T pic.twitter.com/IVKmxn3Epv

Along with the announcement of the Galaxy Unpacked event, Samsung also posted a video teaser to its YouTube channel recently teasing the Galaxy S21. In the video, we see a brief history of previous Galaxy S devices and the design evolution of the series.

Unfortunately, the video doesn’t confirm anything about the new Galaxy S21. Although, after the past couple of months we’ve learned just about everything there is to know about the devices. All that is left now is for Samsung to officially unveil them and confirm all of the leaks.

If you’ve been following along and you’re already psyched up for the latest Galaxy phone, Samsung has already opened registrations for pre-orders. Even if you’re still on the fence about the new phone, it doesn’t hurt to sign up. Samsung won’t charge you anything and there is no commitment to buy, and by signing up you’ll be able to check the trade-in value of your current device and receive $50 towards accessories.

However, there are sure to be plenty of deals for the new devices whether or not you register for a pre-order at this time. Samsung is notorious for its launch promotions, and registering for pre-order has never been a requirement to get in on the deals.