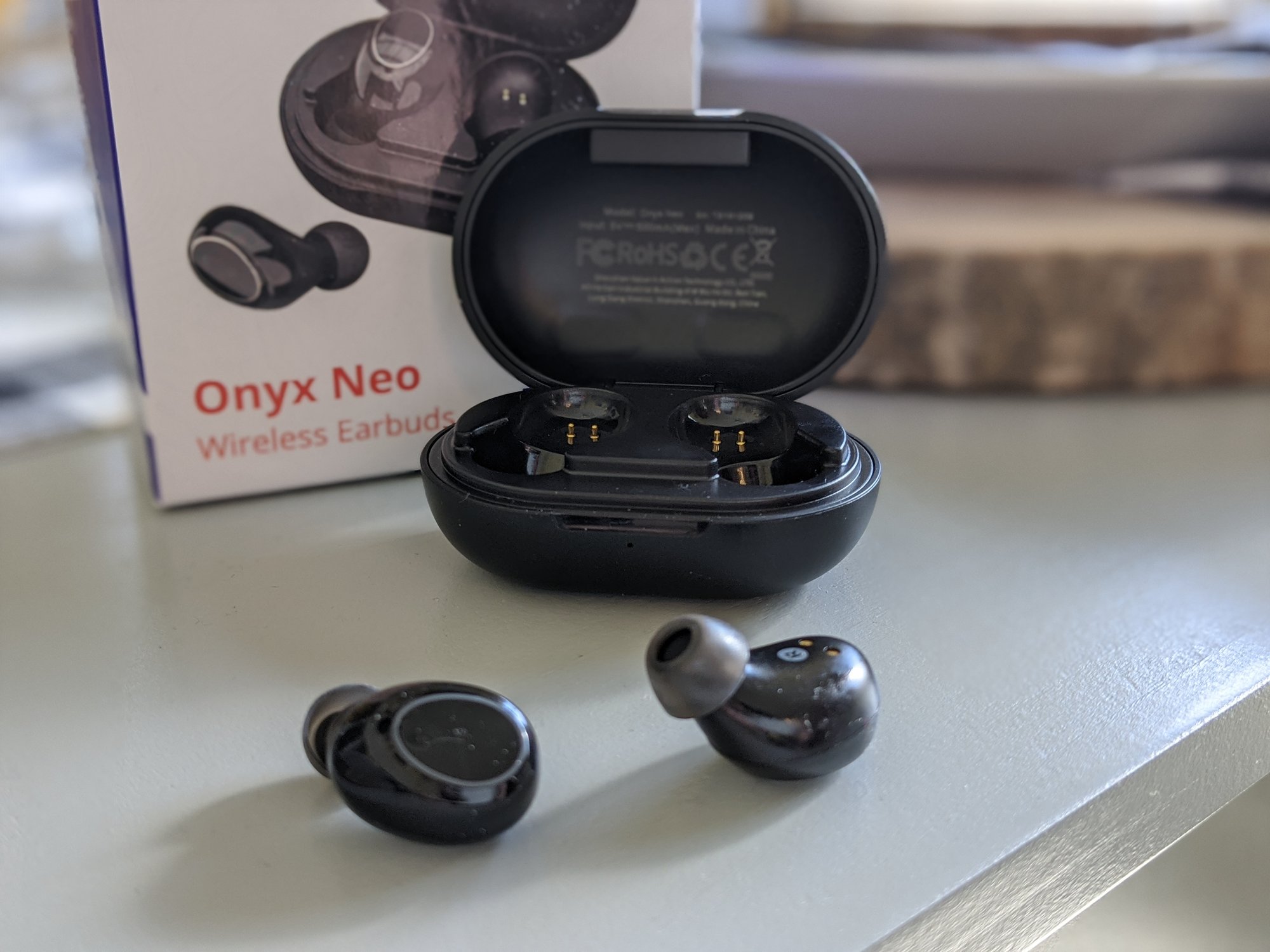 Tronsmart may not be a household name like Apple or JBL, but the company continues to provide consumers with quality audio devices. Tronsmart, who has several different designs in the portable audio market, has been kind enough to allow me to test the newest addition for the last two weeks. How does the Tronsmart Onyx Neo stack up?

The industrial design of the earbuds is what I would call the “pill” design. These fit your ear more like traditional wired options that call to mind the original iPod. They slide almost entirely into the ear and don’t have the new stemmed craze you see in many truly wireless offerings in recent memory.

As far as comfort, this will always be subjective. To that end, I’ve had no issues wearing them for long periods of time while working around the office. The first takeaway I had taking them out of the charging case was how incredibly light the Onyx Neo is.

Speaking of the included case. It’s also quite small and light. As with most truly wireless earbuds, it also doubles as a power bank and the charging mechanism for the Onyx Neo. The 350mAh case allows recharging the earbuds to full power around three times. 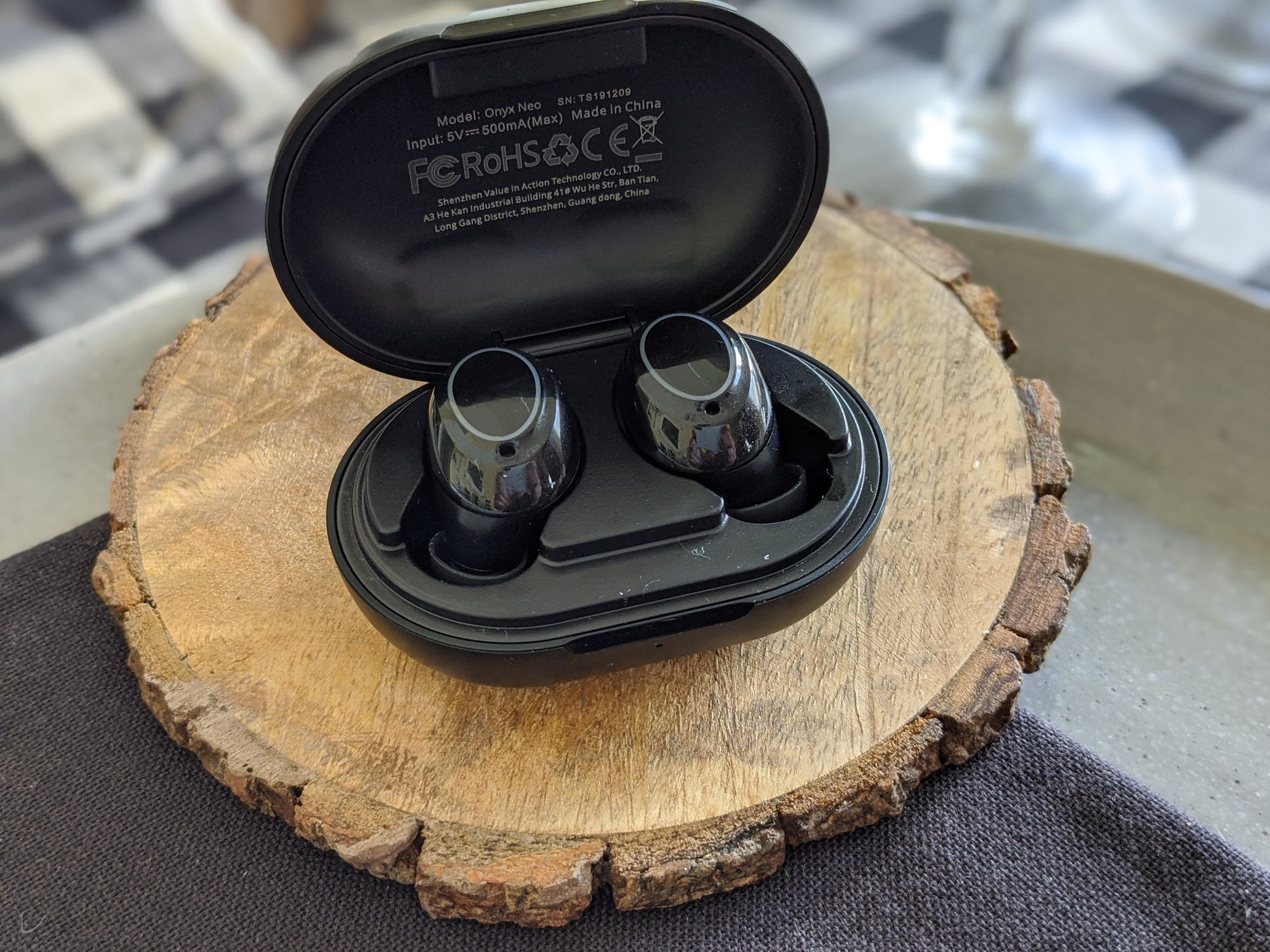 This gives you freedom from a power outlet for up to 21 full hours. Playtime for the Neo earbuds is rated for seven hours per charge and I found this to be fairly accurate. I can use them all day during an 8-hour workday and still have battery left. You can attribute this to the pill design as the buds are all battery.

When you do need to top off charges, the case can be plugged in via USB-C. I only have two complaints about the case: there’s no quick charge and it’s top-heavy. The Onyx Neo and case take about two and a half hours to fully recharge. Oh, and the case can’t stand free with the lid open; it will tilt over on the desk every time.

The audio is surprisingly good from the Tronsmart Onyx Neo buds. The 8mm drivers have a nice balance of highs, mids, and bass. Were they as good as wired over-the-ear canned headphones? Of course not, but with passive noise cancellation and Qualcomm’s aptX codec support the Onyx Neo may impress you. 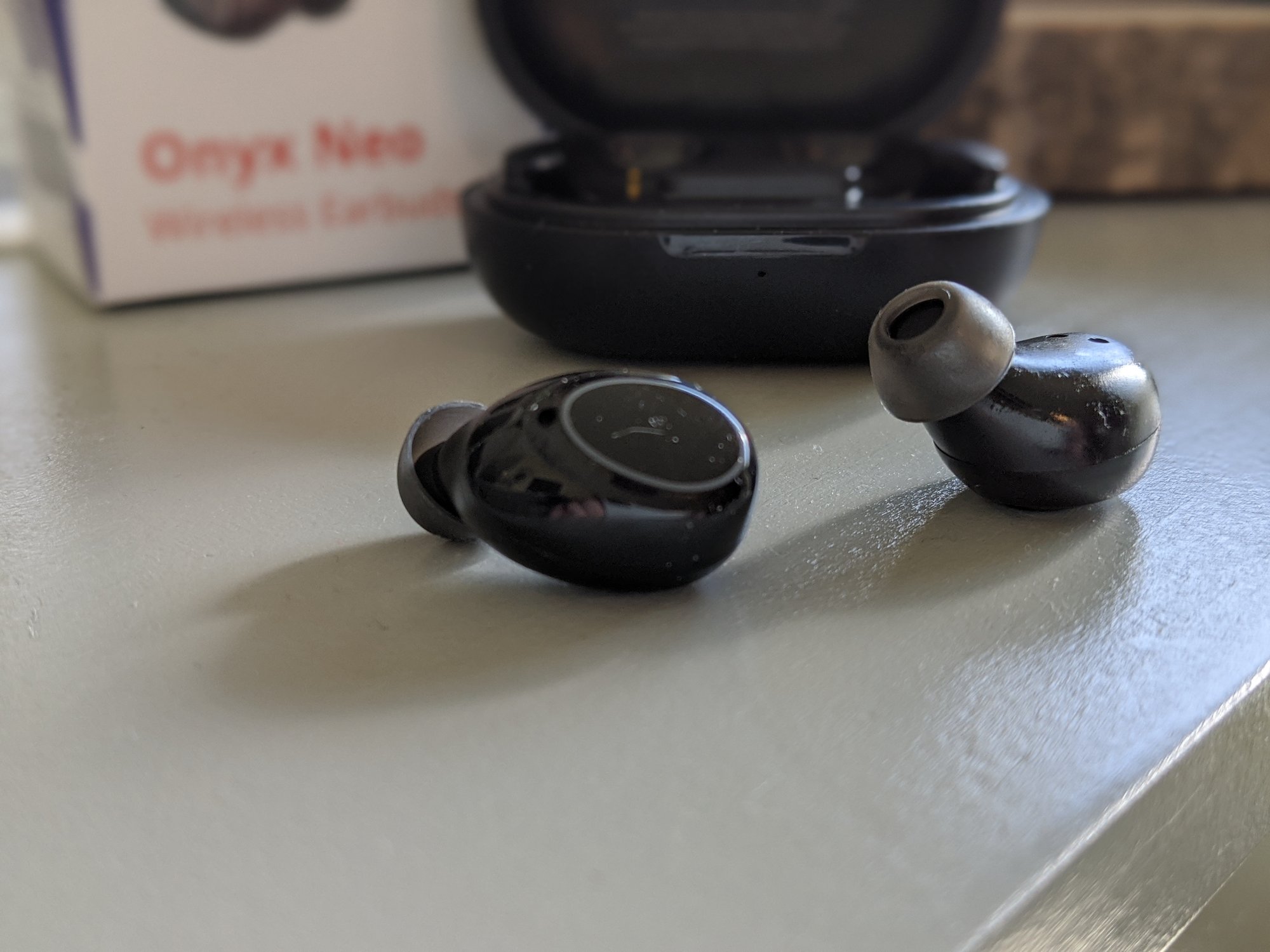 There are also plentiful controls to be used with the earbuds via touch input. A single tap on either earbud will play/pause audio playback or take/end a phone call. Double-tap the left Neo and you’ll lower the volume. Reversely the same dual tapping will raise the volume on the right earbud.

You also have track control via a triple tap of each earbud on the Onyx Neo. The left earbud will take you back a track while the right will jump forward a track. Holding either Neo bud will activate your preferred voice assistant to scream commands at your phone.

I can’t stress how impressed I was by the Tronsmart Onyx Neo wireless earbuds. The buds are super lightweight, have great battery life, and offer fairly decent audio quality. For $23 you’ll be pressed to find a better deal.

The Onyx Neo has me pumped for the company’s next addition to the Onyx lineup with the all-new Ace earbuds. And Tronsmart is giving our readers an early discount for the Onyx Ace launch this week. MRSP will be $60 after the initial discount but from March 10th thru 11, you can head over to AliExpress and snag them for just $31.79.