Just as Google recently announced two phones with similar specifications, Blu did the same a few weeks back. The VIVO X5 and VIVO VXL5 are both entry-level devices which share much of the same hardware.

The two phones are separated by about $30 with the main differences being screen size, battery, and camera configuration. To be more specific, the XL5 gets a larger display, higher capacity battery, and a secondary camera on the back.

What are the VIVO X5 and VIVO XL5?

Sold as unlocked phones, the VIVO X5 and VIVO XL5 are compatible with AT&T and T-Mobile networks as well as their respective prepaid and MVNO brands. 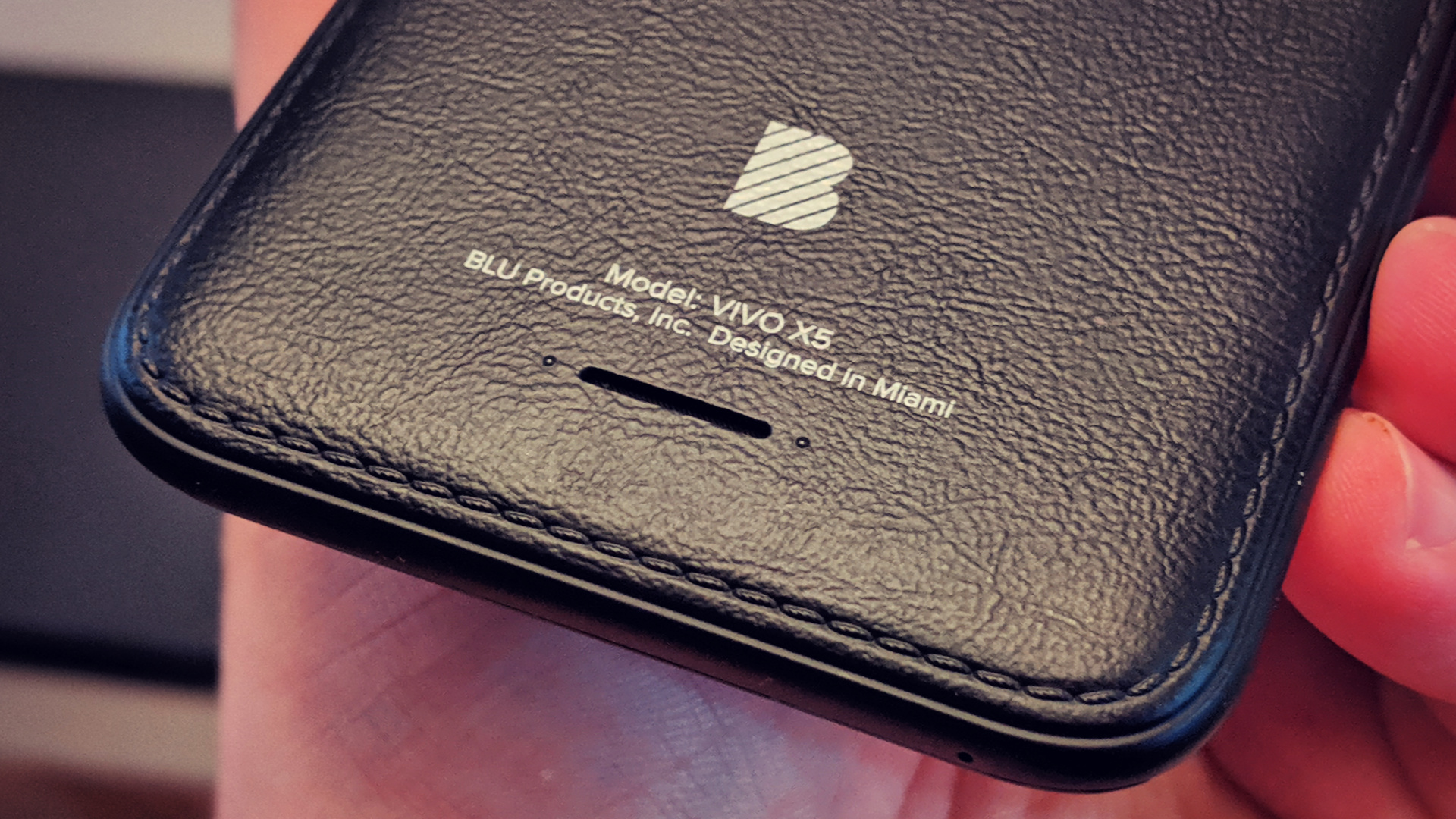 The duo run Android 9 Pie with a smattering of extra apps and games, all of which can be uninstalled. It’s essentially the same stock experience we’ve come to expect from Blu over the years.

What are key hardware details in the phones?

Both are powered by an octa-core 1.6GHz processor with 3GB RAM and offer 64GB internal storage. Both have fingerprint readers on the rear and a main 13-megapixel rear camera. The two phones offer 3.5mm headphone jacks and charge via microUSB ports.

What’s different between the VIVO X5 and VIVO XL5?

Here’s a quick breakdown of what differs between the two phones.

The two phones have a faux leather and stitching design on the rear and a bear a passing resemblance to each other. But, spend a moment looking the pair over and you’ll see they’re not identical.

Likewise, the VIVO XL5 has a non-removable battery while the X5’s power source comes in the box and is manually inserted.

The VIVO X5 and XL5 feel like entry-level and cheaper phones from previous generations. They’re lighter, made of plastic, and don’t have any fancy design language. Given they cost about $100-$130, you’d be asking for a little much if you wanted glass, metal, or anything special. 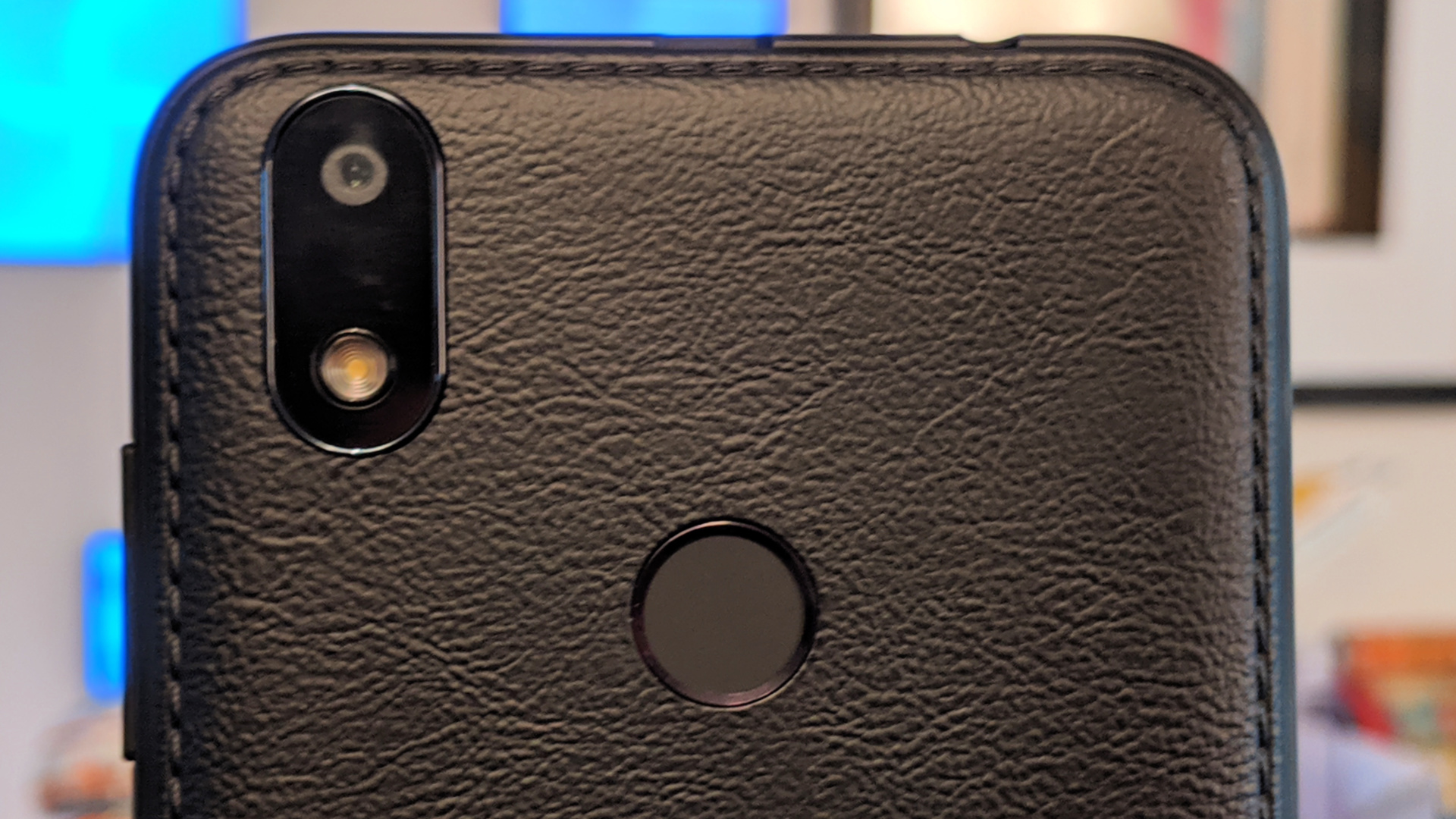 From an aesthetic standpoint the phones are uninspiring and almost boring. The fake stitching and leather reminds us of what Samsung did with its Galaxy Note 3. Available in “Leather Black”, we found the rear casing picks up oil fairly quick.

How are the VIVO X5 and VIVO XL5 displays?

The overall picture for both phones was surprisingly decent. The viewing angle, brightness, color, and contrast is good, with a few options to toggle settings to taste. Color has three options, for instance, and brightness can be set to automatically adjust based on environment.

Seeing the screen is no problem indoors but outside, or in bright rooms, proves to be a challenge at times. A clear blue sky or overhead lamp might make it tricky to use the phones. We’ve seen a lot worse in other phones, but it’s troublesome enough that we felt it’s worth sharing.

What’s the software experience for the VIVO X5 and VIVO XL5?

We like that Blu doesn’t mess with Android and leaves it largely the same as what Google does for its phones. There is just a small bit of extra stuff added which make the phone experience more unique to the user but nothing here stands in the way. 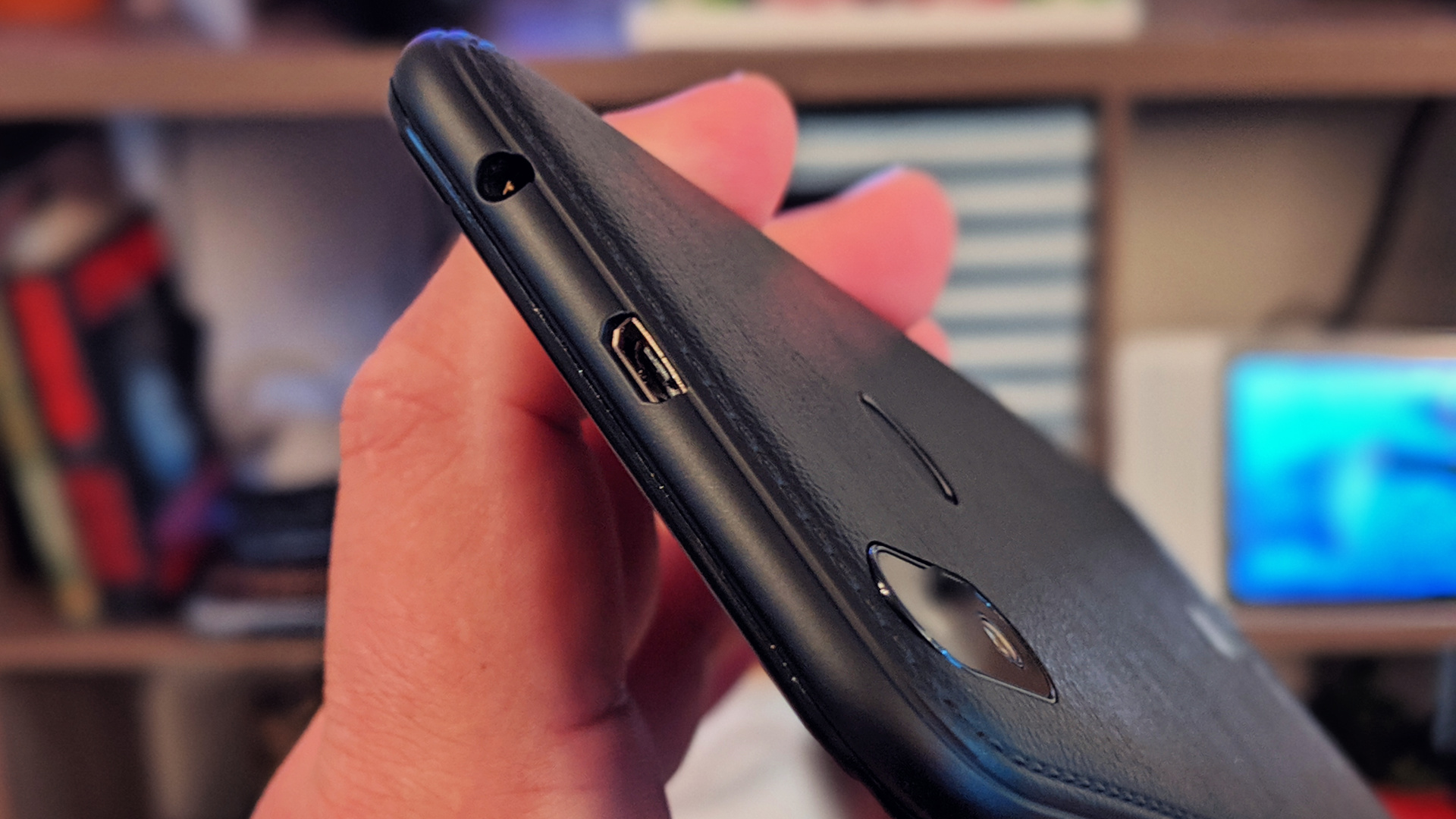 Tucked away in the settings of the phone are a few extras such as Face ID, options to adjust the navigation bar, battery modes, and more. The larger VIVO XL5 also has a user-defined setting which removes the cutout notch that surrounds the front-facing camera.

The last few generations of Blu phones look like a near-untouched suite of apps the first time they boot up. Get them connected to a Wi-Fi network or data, though, and you’ll see that the final steps of “setup” include loading of extra apps and games. That happens here, too.

Both phones install Amazon, Coin Master, Solitaire, Opera, FM Radio, Notes, News, and Games Hub. Likewise, they also have icons to a few apps which take you to mobile versions of websites. It’s essentially like having Facebook, Tahoo, Bing, and a weather app.

All told, there’s about 13% of the 64GB storage space used up out of the box. If you want, you can uninstall any of the titles to pick up some room.

When it comes to software, our main concern is timely security updates or patches. Getting a major Android is secondary when you’re looking at phones at $150 or less. To that end, both the VIVO X5 and VIVO XL5 have been updated to the October patch so they’re as current as it gets.

How do the two phones perform?

Neither model is going to set any benchmark records. They’re fine for less-demanding users who don’t care for gaming or high-end audiovisual stuff. If we’re being honest, there’s a large user base who can do well with the VIVO X5 or VIVO XL5. 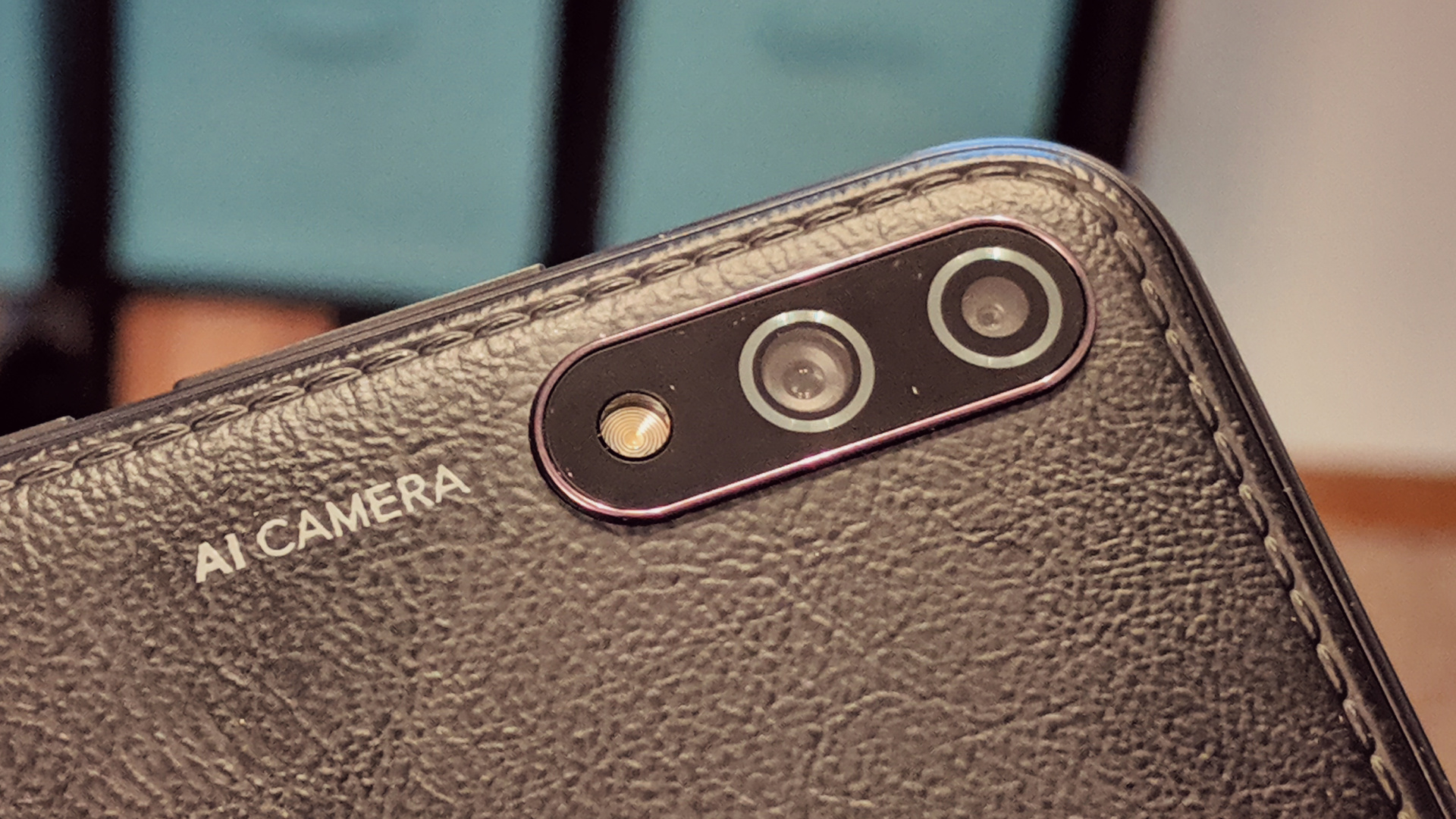 If email, messaging, and social media are where you spend much of your day, these two will suffice. Snap an occasional photo, play a casual game, or video chat with a friend and you won’t run into problems.

You’d definitely notice that the phones aren’t all that quick at hopping around between apps or that they pause to perform commands and tasks if you’ve been using a recent flagship. That’s not the target demographic.

The people who will want or need a phone like this are often replacing a device that’s a few years old. That, or they’re using these to outfit children or older parents. There’s nothing performance-wise that wouldn’t work for those types of user.

Fingerprint readers respond quickly as does the face unlocking. Yes, that’s present on both models and something that you might not get in other handsets at this price.

Battery life is on par with expectations, but we do have a problem with the microUSB charging. Not only is that slower tech, but it’s one we’re ready to leave behind for phones. Oh, and charging the VIVO X5 is wonky because it’s done at the very top. 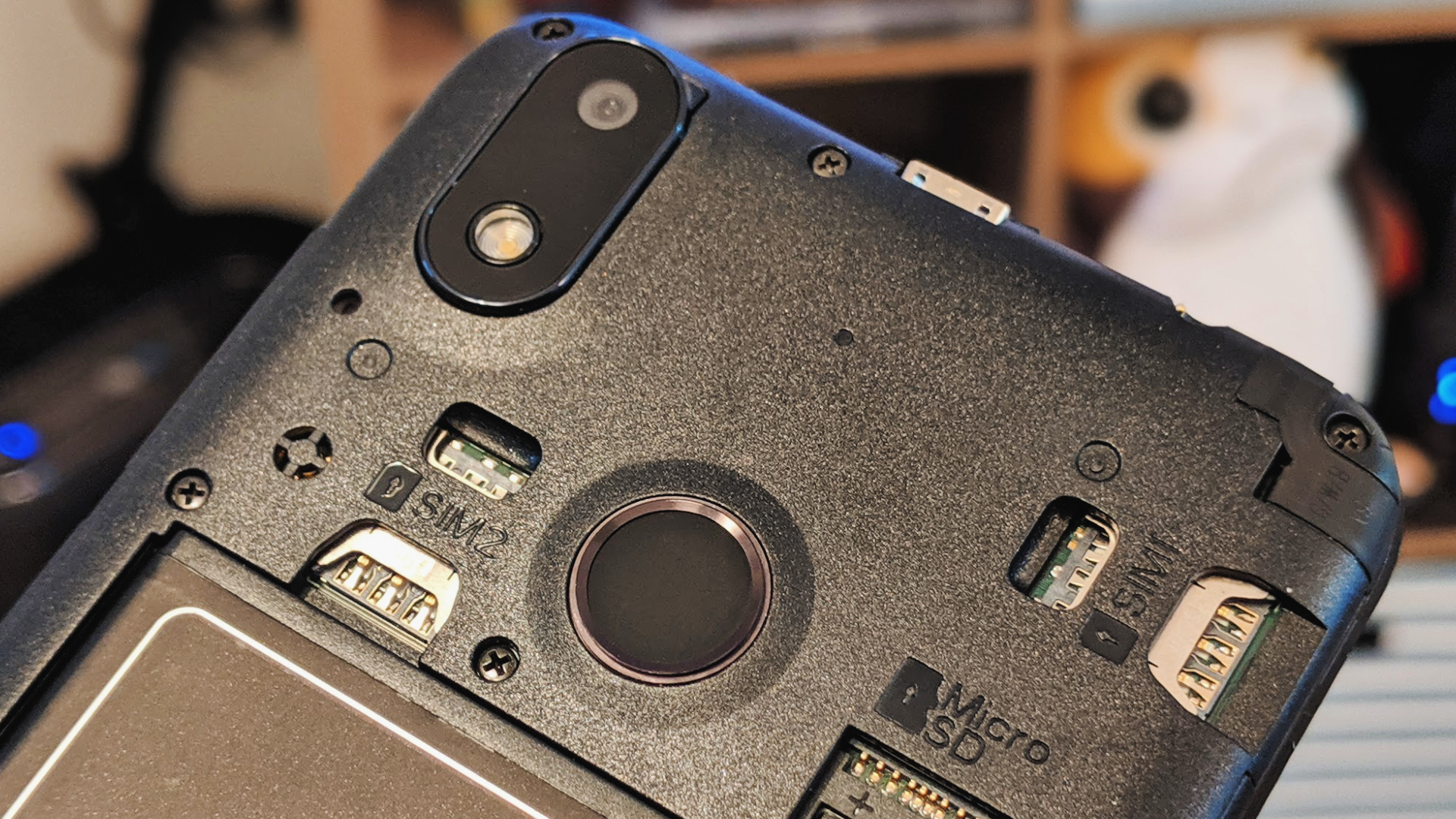 The smaller phone gets a good day’s worth of usage out of it while the larger one goes about 50 percent longer. Mileage varies by user, of course, but we’re content with it.

How are the cameras on the VIVO X5 and VIVO XL5?

Okay. They’re just okay. We didn’t expect much from either phone, even the one with the third sensor and AI smarts. Why? Price, of course. With that said, we imagine the results are good enough for more of its target users.

The shutter speeds are slower than we would have liked for both phones. You almost have to anticipate your shot and press the button just a moment earlier.

Taking action shots, or even a cat sauntering about, could sometimes prove tricky. Too often we’d find results blurred. On the other hand, still images were fairly decent if not a bit washed out.

Color balance and accuracy was right about where you want it; a few minor edits in your favorite app ought to make your photos social media worthy. We noticed that the VIVO XL5’s AI did kick in a few times to slightly punch up the picture at the time of taking it.

Really, our main quibble is the app itself, which is a touch wonky. We found it a bit too easy to accidentally switch camera modes. In testing purposes this isn’t so bad, but in real world time is of the essence and having to make adjustments could be the difference in a lost opportunity.

Oh, and actually seeing the screen on a bright sunny day is pretty tough. Depending on what you’re shooting or where you’re looking, it might be hard to see your subject.

If you’re buying a phone because of its camera, skip the VIVO X5 and VIVO XL5. Set your sights on something a few hundred bucks higher. If you don’t care about snapping high-res pics — and there are plenty of people who don’t — you won’t take issue with either.

Should I buy the VIVO X5 and VIVO XL5?

This largely depends on who you are as a user. If you’re replacing a device that’s 2-3 years old, you might be alright here, provided you weren’t using a Galaxy S8 or something in that upper echelon. If you had a flagship from 2017, this might be a side step at best.

There are plenty of devices out there with forgettable one-off names or models that stay with prepaid brands. If you can’t remember when you bought your last phone, or don’t even really know what it’s called, both of these will do well for you. 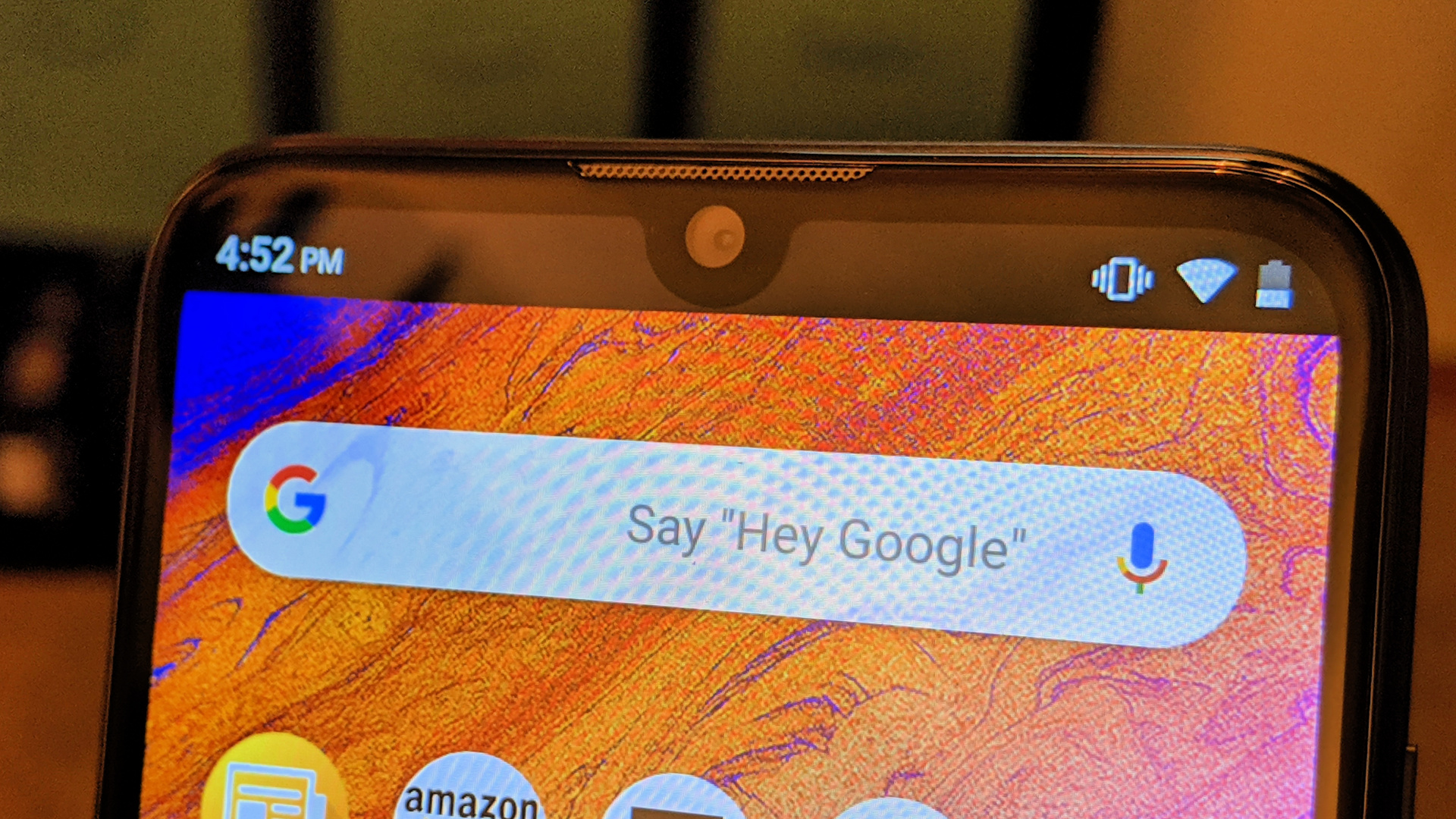 Parents looking to supply younger users with their first smartphone might like what Blu offers here. They’re cheap enough that you can pick up more than one without going broke and they have enough power to keep them happy.

We think the VIVO X5 and XL 5 make decent phones for the stereotypical prepaid crowd. As we see it, there’s no reason to go with the smaller one. The hardware is worth the difference in price. Outwardly they’re very similar, and you get your money’s worth in the bigger model.