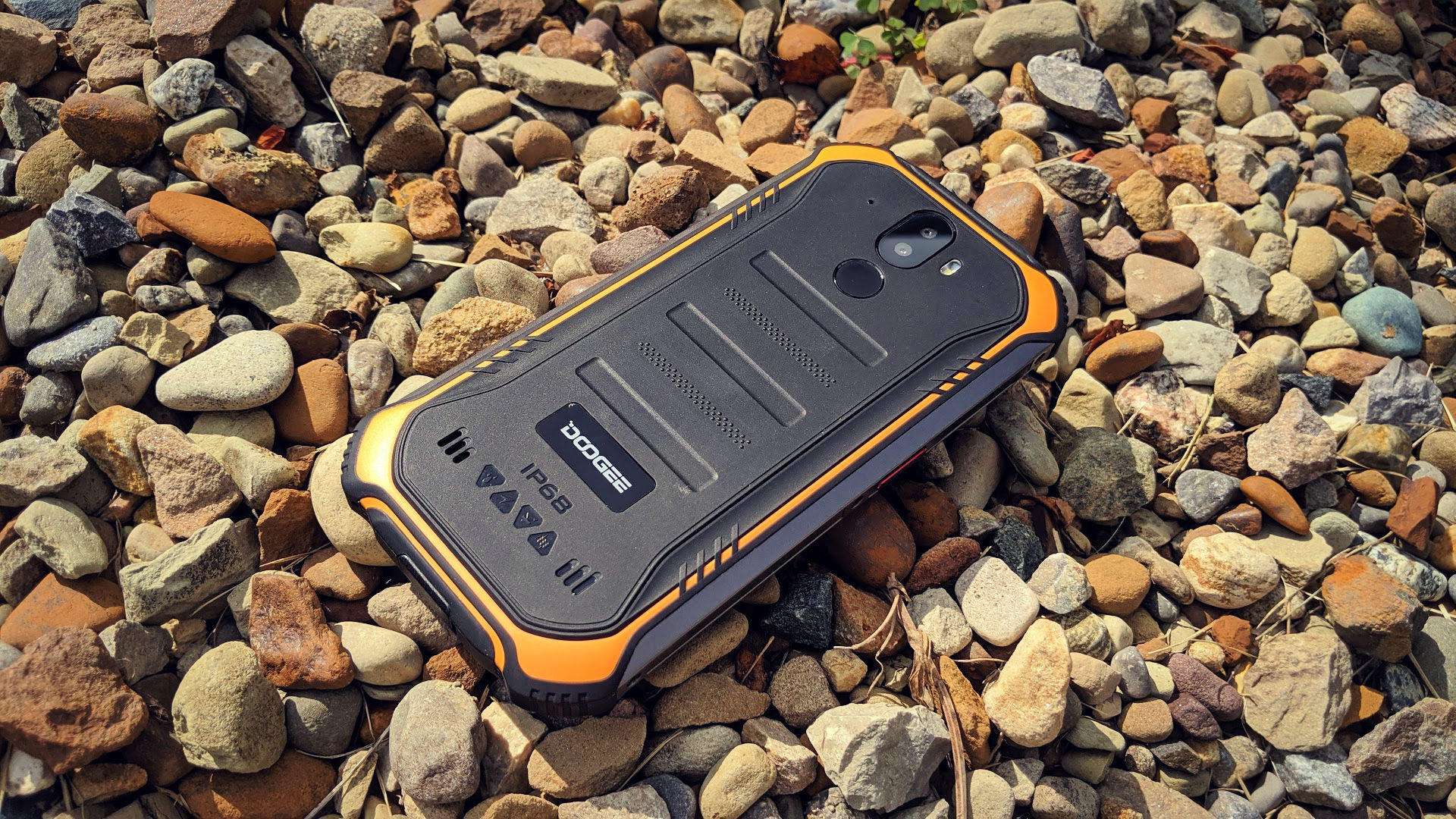 Truly rugged phones don’t come around all that often, and when they do, we tend to take notice of them. Why? Because they don’t have any of the current trends in handsets. They’re not made from shiny glass and aluminum, don’t have sexy colors, and they tend to be “ugly”.

Rugged phones don’t need to be pretty — they need to take a beating. They’re often wrapped in rubber shells with reinforced frames and come in blacks and greys.

Most rugged phones trade a bit of performance for functionality and peace of mind. It doesn’t matter to a contractor or plumber if a phone can run in desktop mode or use AI for smarter photos. What does matter is that the device can be dropped in water or fall from a rooftop without completely breaking.

Chinese phone maker Doogee has a track record of creating budget handsets that work with GSM carriers in the US. They’re not always easy to get your hands on but it’s possible. As part of its phone portfolio, Doogee occasionally sprinkles a rugged model into its lineup. One of the most recent examples is the Doogee S40. 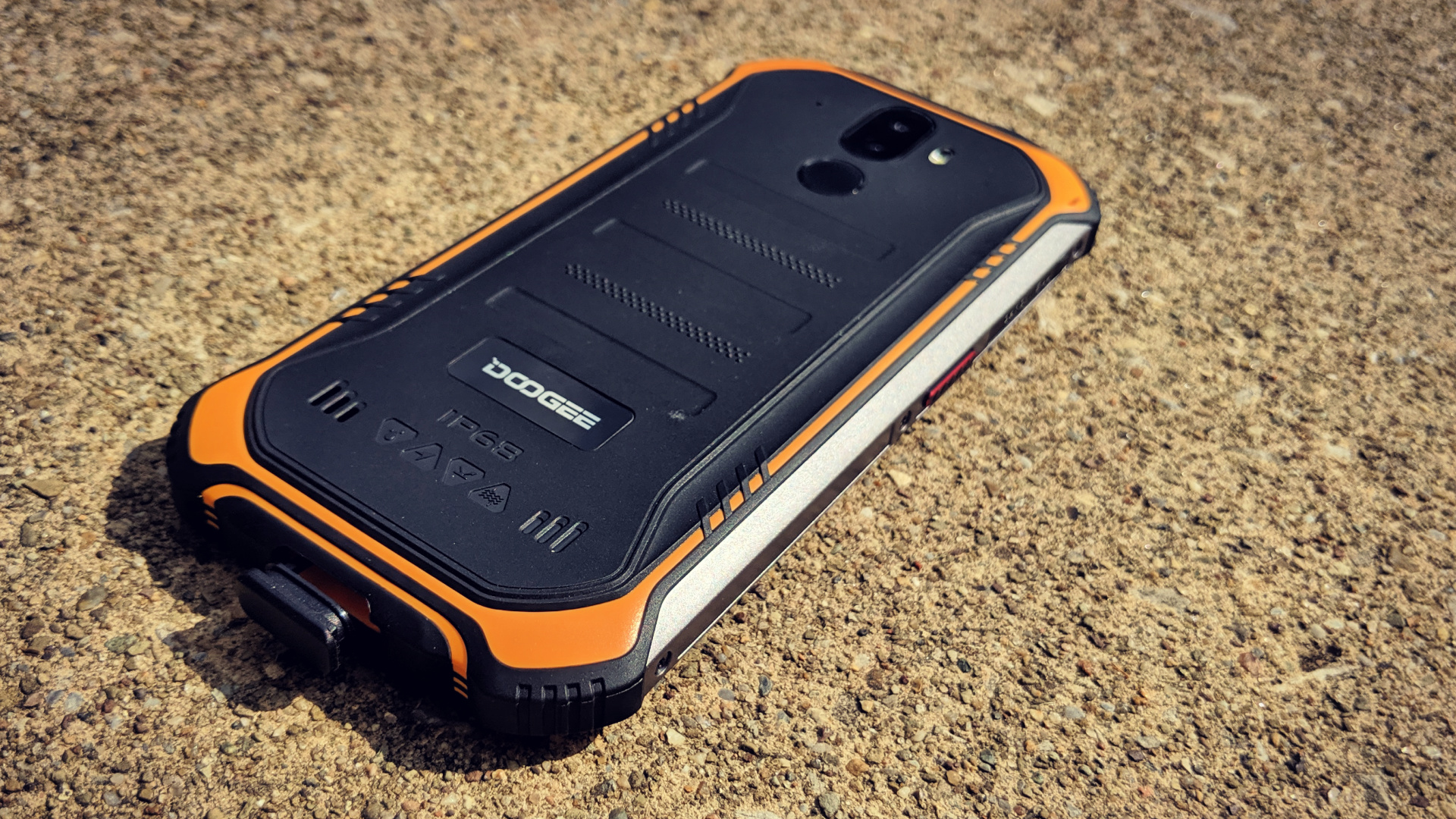 We’ve had a Doogee S40 in our possession for more than a couple of weeks and have used it in tandem with our daily driver. Why not as our main phone? Primarily it comes down to carrier bands and supported frequencies. The S40 caters more toward a European crowd and offers limited US compatibility.

We can’t speak to the call and data quality all that much, but we do feel qualified discussing its other features and details. Here’s our review of the Doogee S40 where we attempt to answer the more common questions around phones.

There’s no mistaking the S40 for anything but a rugged, rough and tumble device designed to go anywhere. It’s built from a polycarbonate frame which is reinforced by aluminum and coated in rubber. 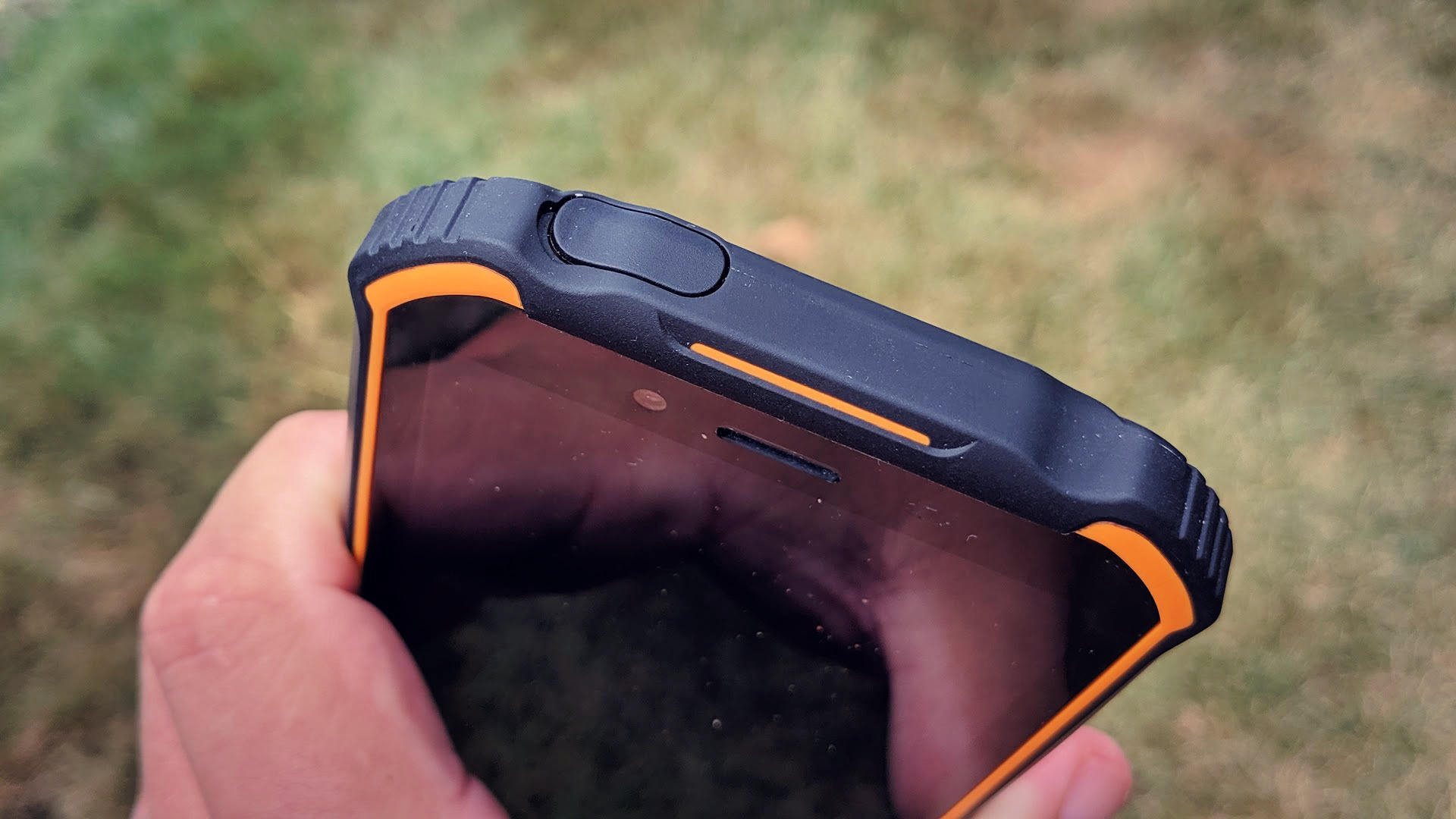 Black, with orange accents, the S40 has MIL-STD-810G resistance to drops and an IP68/IP69K protection against dust and water. With cover for the microUSB port and headphone jack, it can be completely sealed against particles and withstand pressure from water jets.

All of this makes the phone to feel fairly heavy in hand. On paper it’s not as heavy as other rugged phones, but it comes across as dense and tough.

A fingerprint scanner is located on the back with the power and volume buttons on the right-hand side. The left-hand side has an SOS button which can be personalized to call emergency services or a trusted contact when long pressed.

A 5.5-inch IPS LCD display is protected by a fairly current Gorilla Glass 4 and has an 18:9 aspect ratio. It might sound like a sleek phone, but it’s not. There are plenty of bezels around the screen, which make it thick but they give the S40 just a bit of added buffer against breaking.

How is the Doogee S40 screen?

In a word, meh. The display is generally acceptable, but it’s not remarkable. What’s more, you’ll have a hell of a time seeing it in outdoor light. Even at peak brightness, we had trouble seeing the screen when taking pictures or reading a block of text. The resolution is just 480 x 960 pixels and is one of the lowest we’ve seen in a phone in some time. It’s just okay and does a fair job for messaging, web browsing, and other general usage.

Tucked inside the Doogee S40 is a generous 4,650mAh battery which provides great life. While we weren’t able to fully use the phone for LTE and calls in the wild, we did our best to put it through some paces on Wi-Fi. 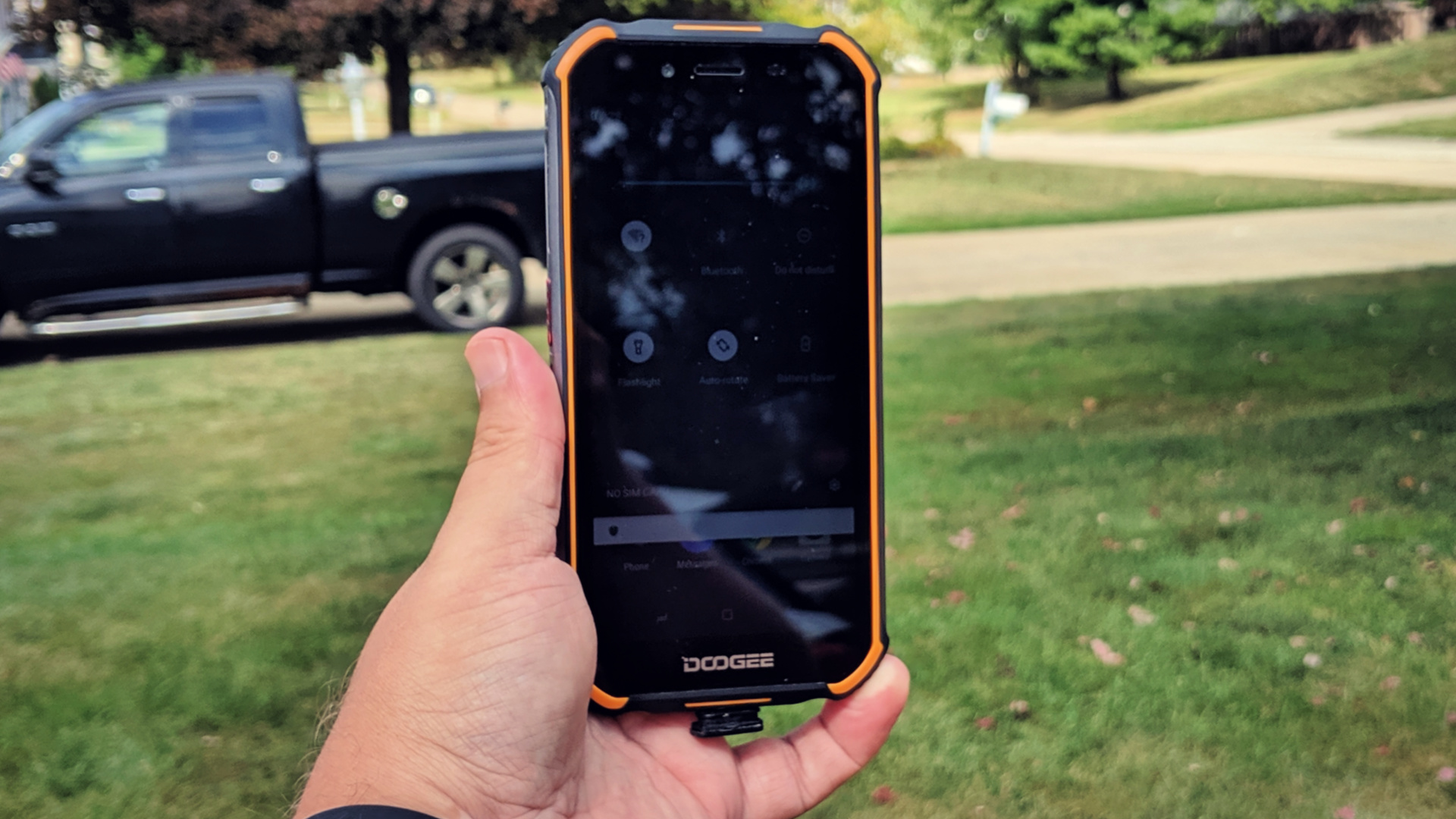 In our estimate, the S40 should get most users more than a day’s worth of usage on a single charge. There’s no fast charging or wireless charging, and it requires a microUSB port, all of which are semi-disappointing. Thankfully, we’re dealing with a $120 phone and not something more expensive.

Surprisingly, the S40 runs Android 9 Pie; we would have expected Android 8 at this price and hardware. It’s not stock Android, though, as it has Doogee’s custom skin, icons, and UI. Taken as a whole, it is anything but cohesive and the Doogee flavor reminds us of Android icons and aesthetics of ten years back. 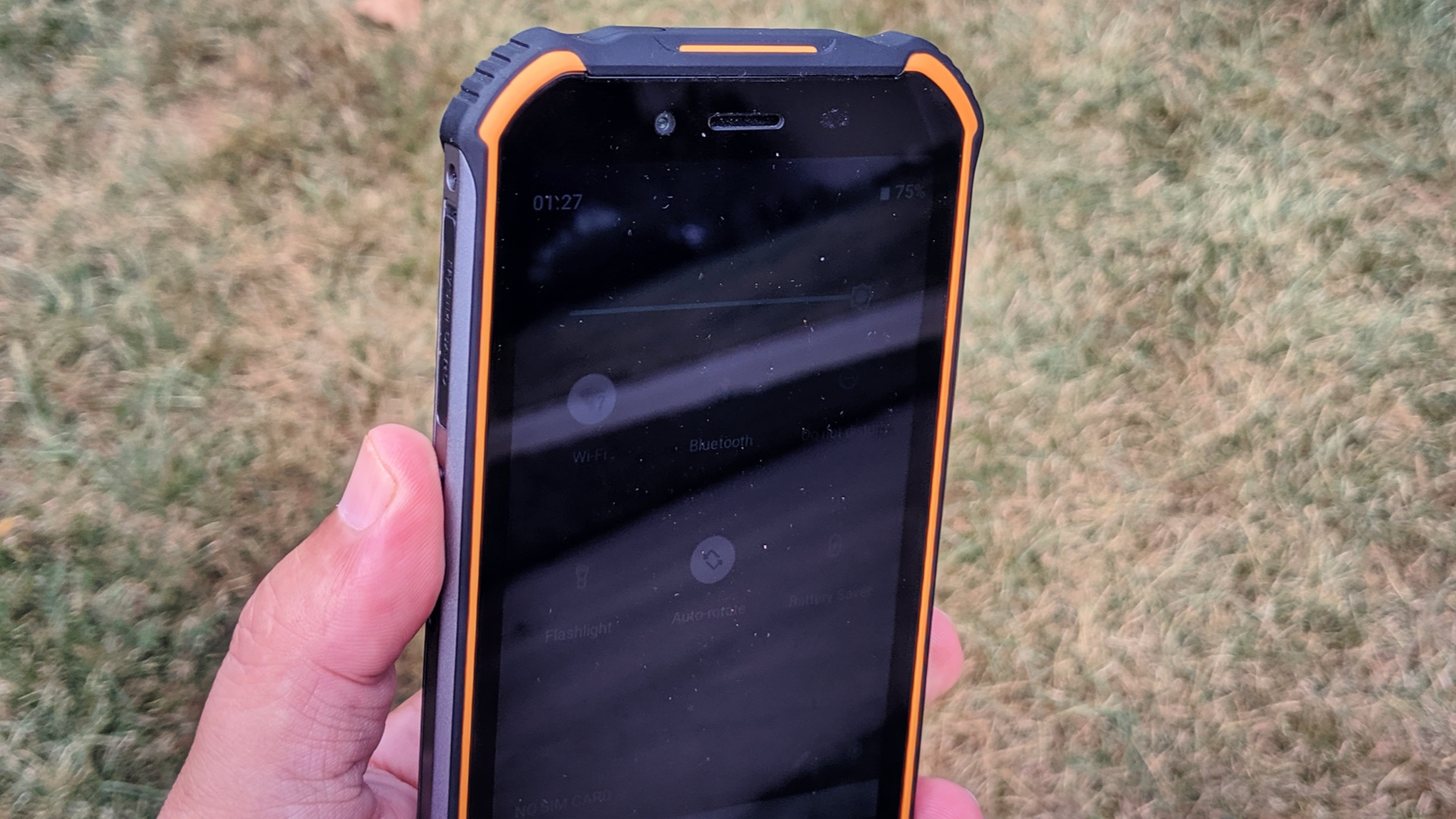 Security updates, at least so far, have been solid, but we don’t know how long Doogee plans to keep things rolling. Our review unit received two in the time we’ve had it. We certainly don’t expect Android 10 in the future.

How’s the performance of the S40?

The Doogee S40 has a 1.5GHz quad-core processor with 2GB RAM and 16GB internal storage. For those who don’t know what that means, we’ll tell you — it’s old stuff, and it definitely shows.

Get more than two or three apps open on the phone and you’ll likely find it stutter a bit and struggle to multi-task. There’s very little you can into without feeling as if the handset feels handicapped.

We tend to use much more powerful phones as our daily driver so maybe we’re more sensitive to it. Then again, we did pass the S40 to others to see what they thought of it as they played around. Words like “slow”, “old”, “ugly”, and “a step backwards” were thrown at us. 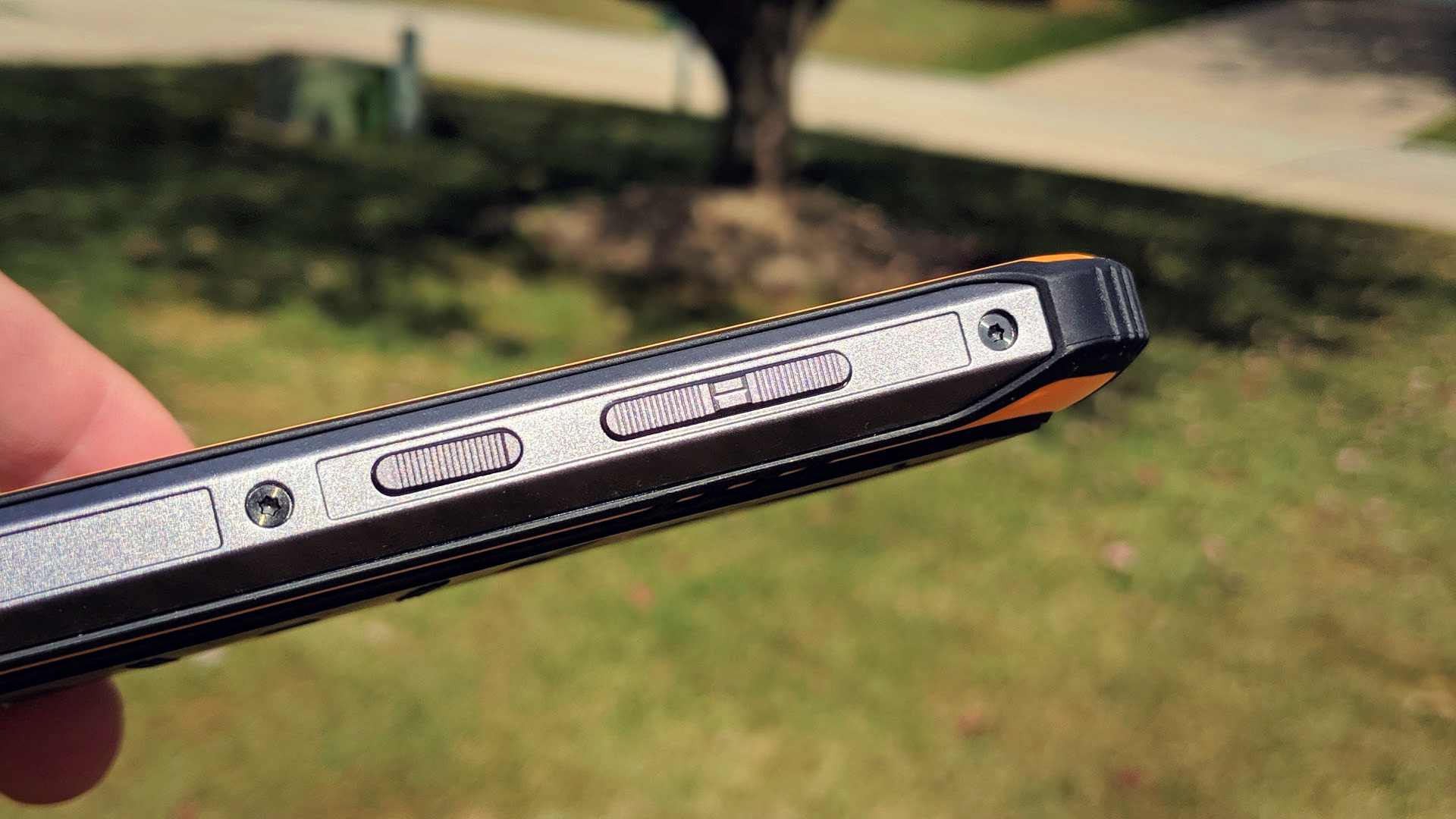 If your primary concern is having a phone with the best physical protection you can get, the options are somewhat limited. And, when you have a budget to work with, selection gets even tighter. Unfortunately, there’s not a whole lot to choose from; the S40 is on the short list.

Cheap phones often disappoint in the camera experience. The Doogee S40 is no exception. There’s an 8-megapixel camera on the rear and a 5-megapixel sensor on the front.

Contrast and detail are lacking in just about any environment. Get to low light or night time situations and you’ll find a lot of grain and noise.

We understand that the target demographic doesn’t care about selfies or taking pictures of food, but it should be better. We can imagine plenty of work scenarios where a utility worker, electrician, or plumber might need to take a photo for record keeping. Pictures would be barely passable and look really bad when compared to any other phone with a $120 price. Who is the target Doogee S40 user?

Plumbers, trade workers, people who climb poles for a living, construction workers, or those who work on roadsides run the risk of damaging their phone — if it’s allowed on the job site.

More often than not, rugged phones have a dedicated or target user. The S40 isn’t any different, except maybe that it is lower priced. If budget is a concern, it’s okay. If you have more money to work with, we suggest extra consideration for the pricier model(s).

The Doogee S40 is unlocked and does have select band support for T-Mobile and AT&T. Similarly, it should work for Cricket, Metro, and the other MVNO brands. It’s more geared to European markets, though, and we caution against recommending it for US buyers.

Occasionally we’ll suggest a phone for Wi-Fi or hotspots for people looking to buy something for their kids. Would we recommend this for someone who has young users in the house or accident prone children? Probably not in the US.

The water, dust, shock, and drop protection is great and the phone really does stand up to all sorts of accidents and ugly scenarios. Unfortunately, we’d rather go with another unlocked phone and throw a strong case on it.

You can learn more about the S4 at Doogee’s website and purchase it at its DoogeeMall site.