Google has long frustrated users with the Pixel phone for generations. The original Pixel showed a huge jump in camera technology but lacked truly compelling hardware. From there we’ve had the giant display notches and weird air gestures. However, with the new Pixel 5, I think Google has made the best Pixel device yet by returning to basics.

Let’s be honest, the industrial structure that is the Pixel 5 isn’t earth-shattering. This year’s model is a metal body covered in a matte plastic coating. This makes for a great feeling in the hand, but it’s not winning any design awards.

The Pixel 5 is like a pickup truck. Most of them aren’t sculpted works of art like a sports car, but they get the job done. That’s the Pixel 5. It’s utilitarian and just functional.

Despite the militant casing, Google has updated many features of the Pixel 5 to make it look like the most modern version of the Pixels we’ve seen thus far. Specifically, the 1080×2340 6-inch display is now edge to edge with a symmetrical layout. Other than a hole-punch selfie camera in the top left, the front of the Pixel 5 is all screen. 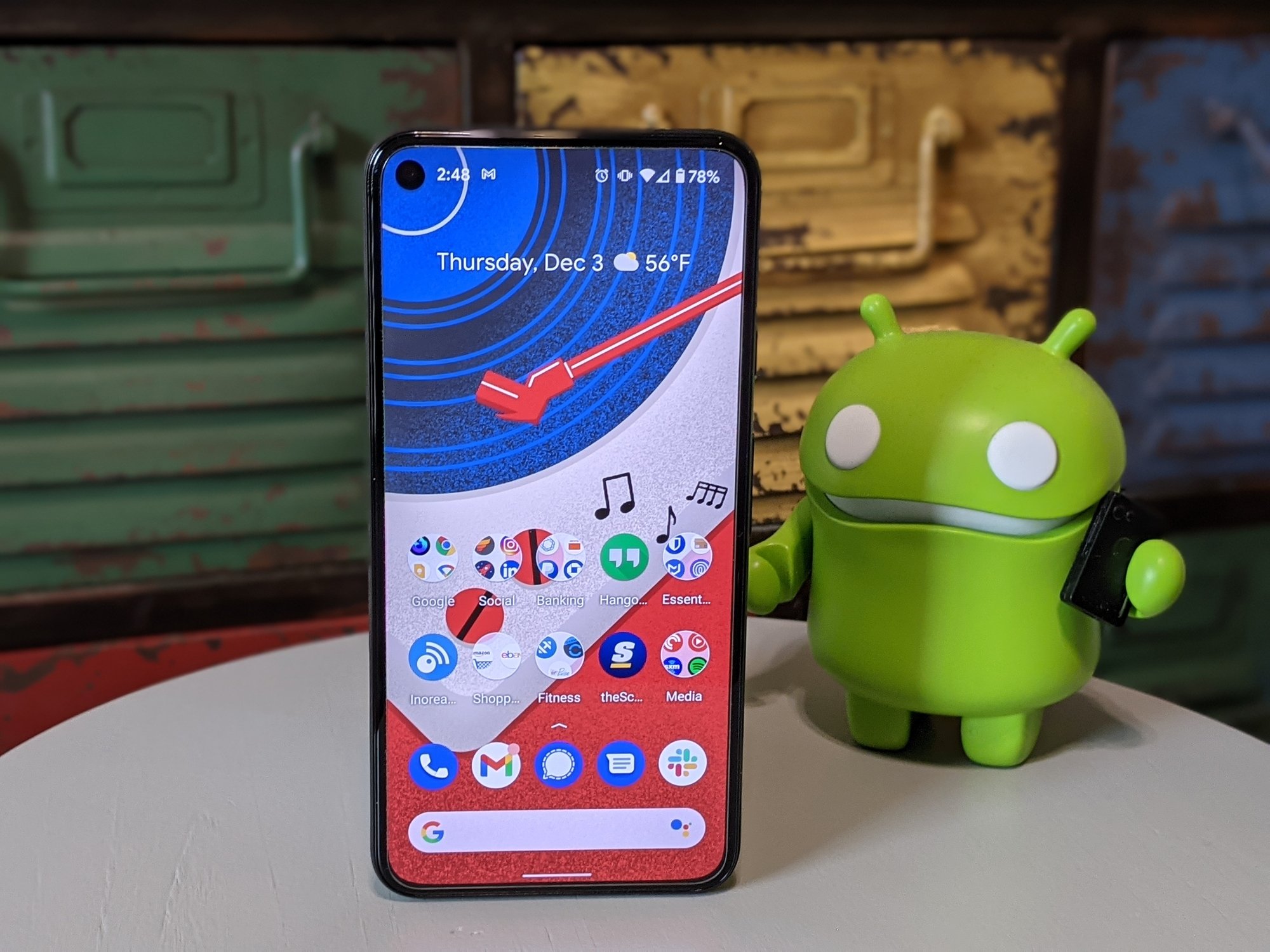 This leads to a compact footprint very similar to last year’s Pixel 3a. I have recently found myself not wanting a larger screen in most instances. The Pixel 5 does a great balancing act of screen real estate and pocketability.

Around the right side, you have the traditional Pixel layout of the volume rocker and power button. At the bottom is a pair of down-firing speakers and the USB-C power port. The left is flanked by a flush SIM tray and that’s all. 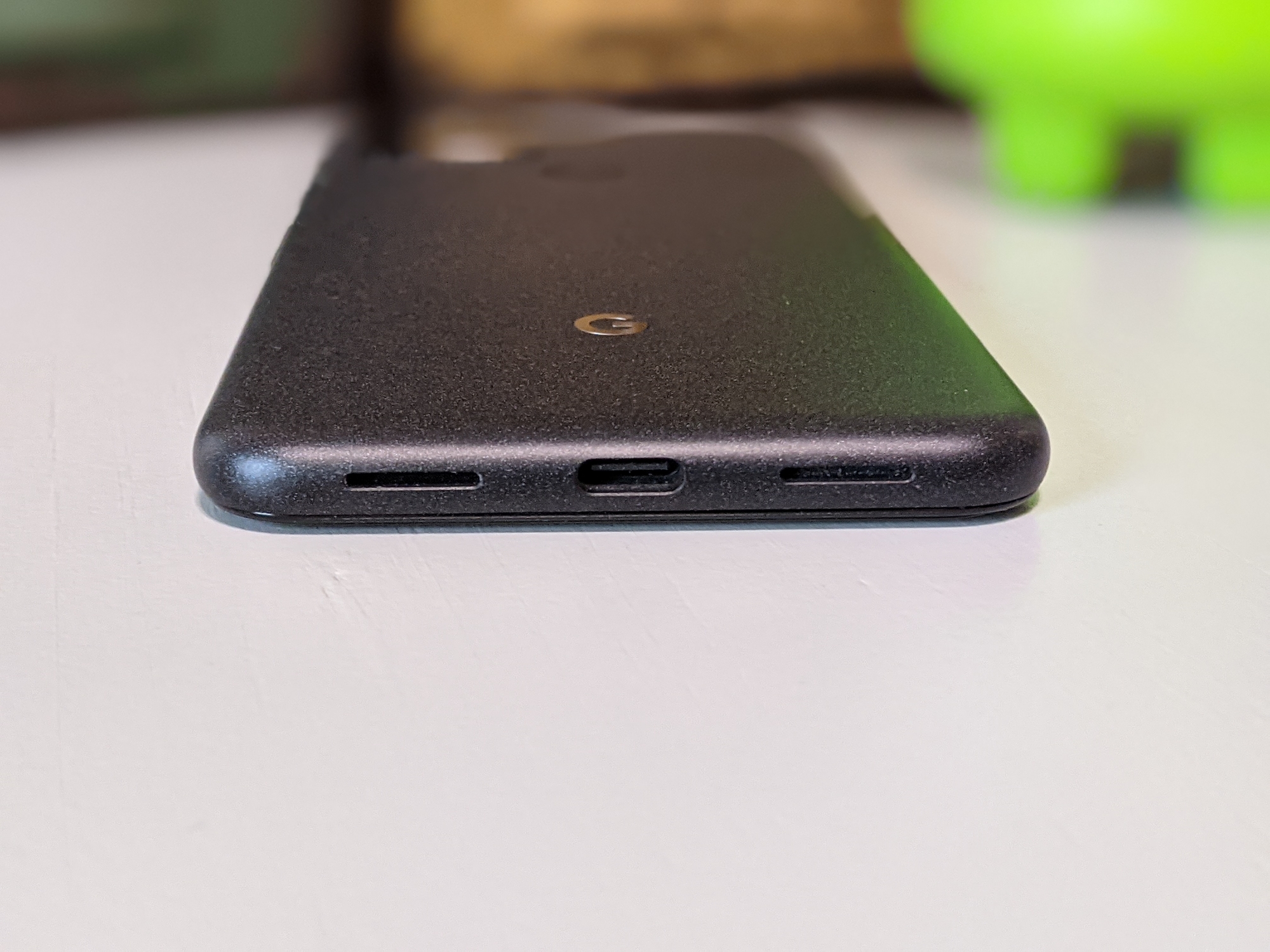 It’s also worth mentioning the Pixel 5 technically has a stereo speaker system. However, if you can’t find it in the photos, it’s because the top earpiece speaker is now under the display. The sound “vibrates” the screen in place of the standard grilled cutout found on most devices. I personally don’t have an issue with it but you might find it slightly more muffled than previous Pixels.

Another hidden feature? Wireless charging is present even though the main body of the Pixel 5 is metal. How? Glad you asked.

Google has done a bit of trickery here. You may have noticed the main body reference above. That’s due to the back of the phone has a literal cutout for the Qi wireless charging coil. With the plastic coating over the entire body, you can’t see the difference.

Flip the over and you’ll be greeted with a squared, double camera array. This houses a 12.2MP main shooter and a 16MP ultra-wide lens. The 12.2-megapixel is the same lens that Google has carried since the Pixel 2. However, the company has continuously improved its output via software.

That is still true. While other cameras in the likes of the Samsung S20 have closed the gap, and possibly exceeded it with hardware, Google’s Pixel 5 still takes some of the best photos you are going to find from any Android phone. It’s also the most consistent in my experience.

Other shooters may outperform the Pixel 5 from time to time, but I have no hesitation in quick shots with Google’s software running the show. The results are almost always better and the photo results have the same top-notch output. A Pixel shot always looks like a Pixel shot photo.

The camera bump also sees a new 16-megapixel ultra-wide. This new shooter allows you to get a pretty decent field of view other than the main shooter’s compact layout. The results aren’t quite as sharp as the 12.2-megapixel, but they still produce nice shots when you want the added capture range.

The addition of an ultra-wide 16-megapixel lens comes at the removal of the dedicated telephoto option. I personally am content with the trade-off. The post-processing of the main camera still produces great portrait shots without the need for another sensor.

Speaking of, Google has thrown in a few more tricks in the software. One is Portrait Light. This gives you the ability to change the light and shade of the portrait photo after the fact.

If the subject looks off or the light source is coming from a weird angle, you can simply just move the light. It sounds trivial, but in practice, it’s pretty impressive. Google being able to have this much leverage over a photo after the hardware has done its job is remarkable.

Another change is that Night Mode is now automatic in the default camera option. You can still choose it manually in the slide menu as well. However, having it just happen based on the lens picking up a lack of light is just a much more natural interaction than the previous iteration.

Google has also finally made video a priority. You can now shoot recordings in full 4k 60 with image stabilization on by default. The results are much improved from previous generations and help eliminate shaky hands like mine.

One of the few things that Google has consistently not made a priority on the Pixel line is battery life. This has officially changed with the Pixel 5. With the more efficient Snapdragon 765G, the Pixel 5 has zero issues lasting me all day and into the night.

While results will vary from user to user, I’ve been impressed by the new 4000mAh battery pack. I’m seeing around 15-18 hours of general use before having to really look for a charger. This is a far cry of my Pixel 4 XL that always struggled past 12 hours.

We’ve covered all the basics and specs, but what’s that translate to when actually using the new Pixel 5. To me, this makes for the best overall experience Pixel users have been offered by Google. You still get an outstanding camera and clean software. You still get the great Google Assistant options like music detection and call monitoring.

The icing on the cake is the price and newfound battery life. While this is mainly due to the choice in a more mid-range processor from Qualcomm, you won’t see it much in day to day interaction.

Is it slightly less powerful than the 800 series in other flagships? Yes. Does it show up much? No. Honestly, you will only see it with the occasional gaming and in the time it takes to post-process photos at times. 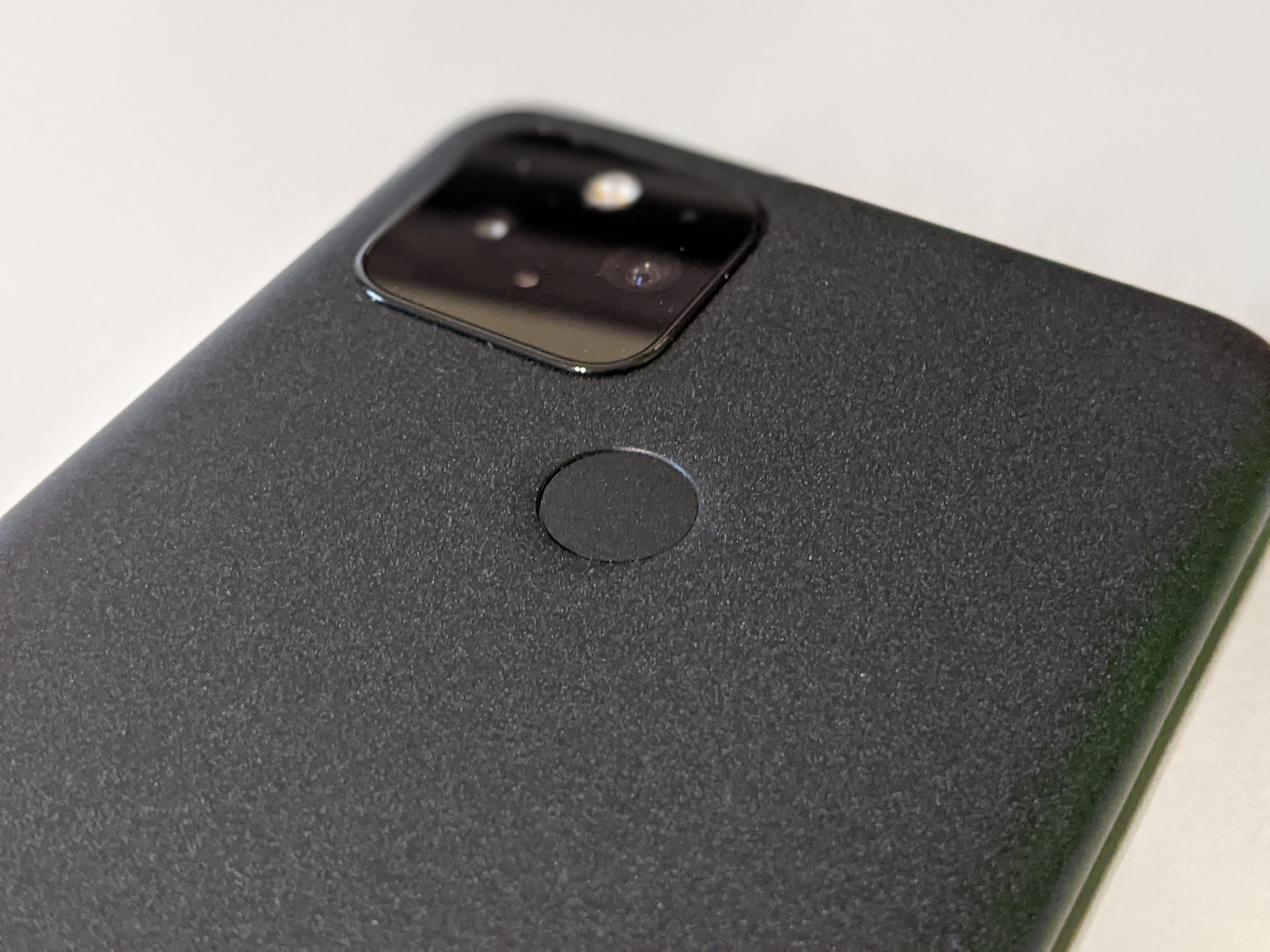 One of the best features is a return to the good ole days of 2 years ago…the fingerprint scanner is back! While many will debate me on this, the traditional capacitive fingerprint reader is a much more consistent option for biometric security. Add that to the current conditions of a health crisis of millions of folks wearing masks makes it a welcome reunion on the Pixel 5 hardware.

The Pixel 5 is a hard pivot for Google’s smartphone strategy. Despite this move, it’s not a bad one. The company has ceded to the giants of Samsung and Apple. Instead, it will try to fill the “high mid-range” that OnePlus has recently left behind.

With great size, much better battery life, and the same solid performance, the Pixel 5 is the best Pixel we’ve seen yet. Better yet, at only $699 in either Just Black or Sorta Sage it’s not going to break the bank. Google has a winner and the best Pixel you can buy with the Pixel 5.

OnePlus never seems to disappoint in offering its fanbase consistent refreshes of phones. The latest to enter the lineup is the OnePlus 11 5G....