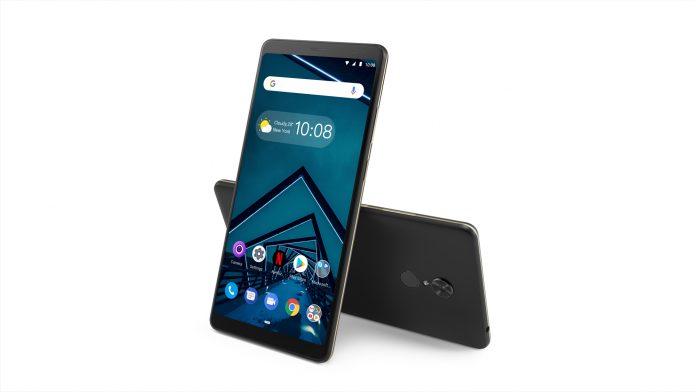 There’s been a trend at MWC 2019 so far this year. Things are getting weird and manufacturers are trying to fill the gap between tablets and phones. We’ve seen folding devices and even a second display case. Lenovo has now shown up to the party with a super large phone. Or is it a tablet?

That’s the line Lenovo wants to blur with the new Lenovo Tab V7. The device is a tablet form factor with smartphone connectivity and portability. Lenovo wants this to be the multimedia unit you’re used to with a tablet while offering you the ability to communicate on the go like a phone with 4G dual SIMs.

The Lenovo Tab V7 is a 6.9-inch tablet with an IPS FHD slim 18:9 display. While it’s in the same display size of the Nexus 7, the advancements in reducing bezels allow it to be in a much smaller overall package that you can realistically carry in your pocket. Lenovo actually boasts it’s 81% screen to the body. 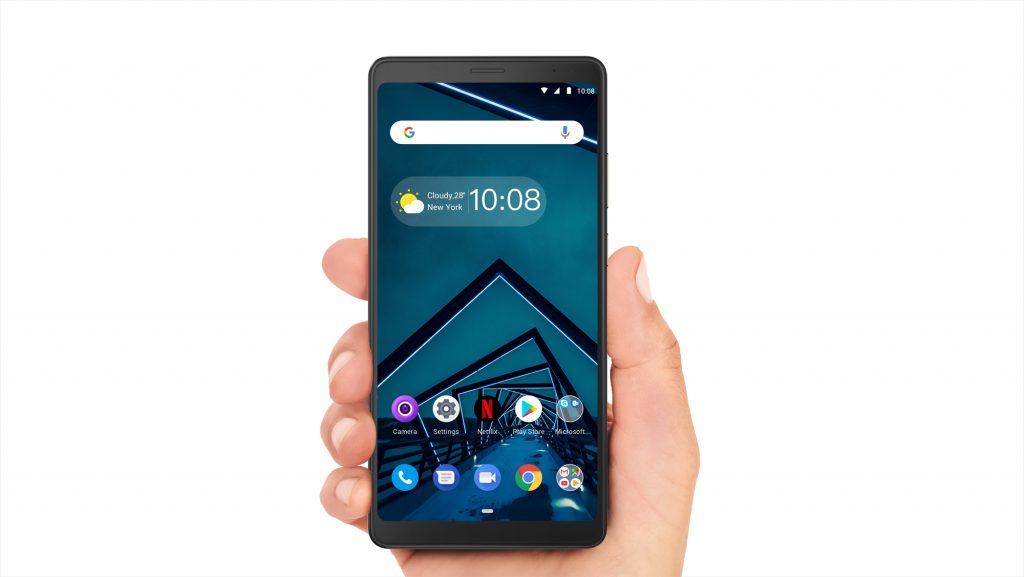 Lenovo didn’t skimp on the battery to make sure this behemoth lasts you a reasonable amount of time. It has crammed a 5180mAh pack into the phablet. This paired with a consumption-minded Qualcomm Snapdragon 450, the Tab V7 should get you through most tasks and last a normal day.

The tablet should also offer decent performance with two different variants with either 3GB or 4GB of RAM. You should also have decent, but not great, storage space with either 32 or 64GB options. It’s not a powerhouse by any means, but the Tab V7 is shooting for practicality.

Rounding out the spec sheet are two front-facing speakers with Dolby Atmos, 5MP front shooter, and 13MP camera on the rear. The Tab V7 also has your security in mind with iris scanning face unlock and a fingerprint scanner located on the back of the tablet.

Nothing really catches the eye with the Lenovo Tab V7 but it might make an interesting no-frills device. Unfortunately, it looks like this one is headed only to emerging markets. Lenovo plans to launch in Latin America, Europe, Middle East, Africa, and the Asia Pacific regions.

1 of 6
Note: Select outbound links may include affiliate tracking codes and AndroidGuys may receive compensation for purchases. Read our policy. As an Amazon Associate we earn from qualifying purchases.